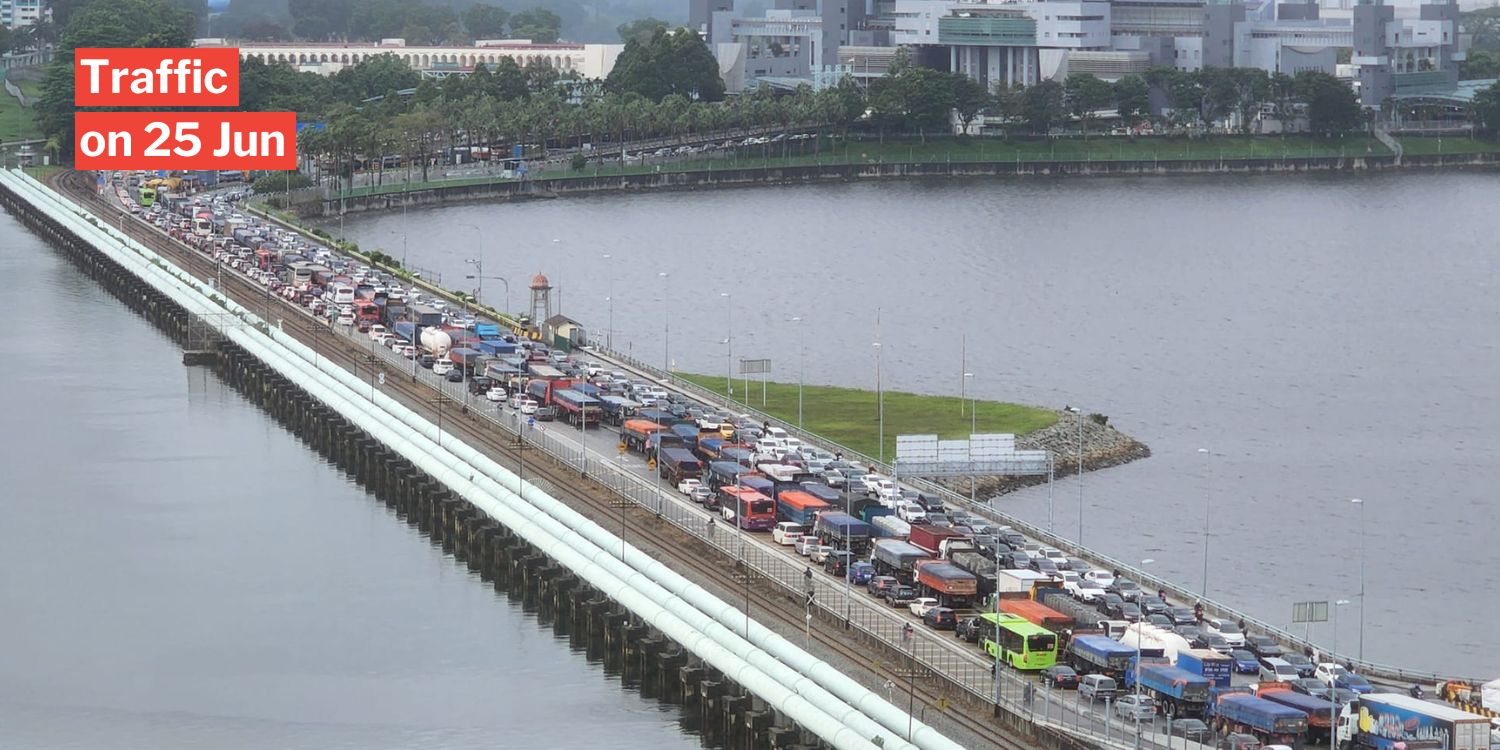 Over the recent weeks, heavy traffic on the Singapore-Johor Causeway has become commonplace as parents bring their families to Malaysia for June holiday getaways.

As the school holidays draw to a close and families make their way back home, it seems the congestion won’t be ceasing just yet.

Since Friday (24 Jun) night, traffic has apparently been heavy on the Causeway, with vehicles packed closely together and snaking along the entire stretch of roads.

Heavy traffic on Causeway as school holidays come to an end

On Saturday (25 Jun), members of the Singapore Malaysia Live Update Exchange (新加坡马来西亚生活情报交流区) Facebook group shared photos of heavy traffic on both sides of the Causeway.

The snapshots were apparently of the situation at 9.15am this morning (25 Jun).

While heavy vehicles and buses filled the lanes leading to Woodlands Checkpoint, traffic on the other side of the road mostly comprised cars.

One netizen who apparently crossed the Causeway at about 7am in the morning shared that she was stuck in the jam for about 1.5 hours.

The day before, on Friday (24 Jun), another Facebook user shared his experience navigating the congestion in the motorcycle lane towards Woodlands Checkpoint. 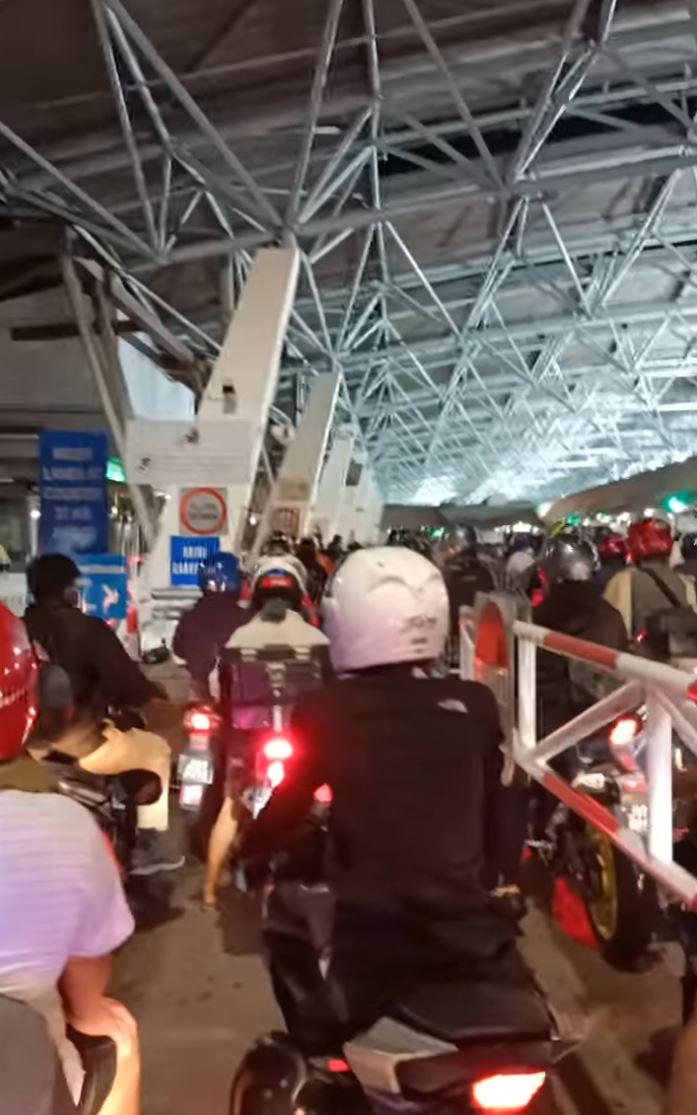 As of 12.16pm on Saturday, traffic entering Singapore remained pretty heavy according to OneMotoring’s footage. 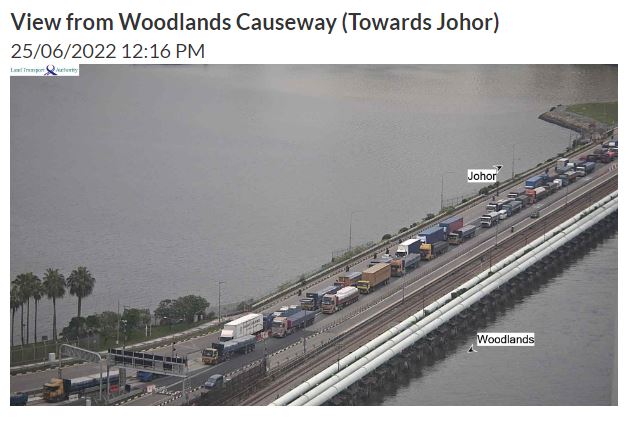 The jam on the other side of the road, however, appeared to have eased.

While the extent of the jam may be surprising to some, those who keep a constant eye on the Causeway traffic situation would know that this isn’t unexpected at all.

In fact, the Immigration & Checkpoints Authority (ICA) had warned travellers that traffic at Woodlands and Tuas Checkpoints is likely to be heavy until the start of the school term on Monday (27 Jun).

They even advised travellers to take cross-border bus services instead of driving to avoid the congestion.

As the June school holidays come to an end, congestion on the Causeway is perhaps inevitable. After all, many families are likely heading home after their trips.

Though traffic jams may be frustrating, at least they’re a welcome change from the empty roads over the pandemic period.

While it’s unclear whether the Causeway jams will remain for a while, it’s best to still plan your journey ahead.

Let’s hope congestions won’t be as bad in the coming weeks.