Cat Stuck In Exhaust Hood At Little India, SPCA Secures It After 4 Days 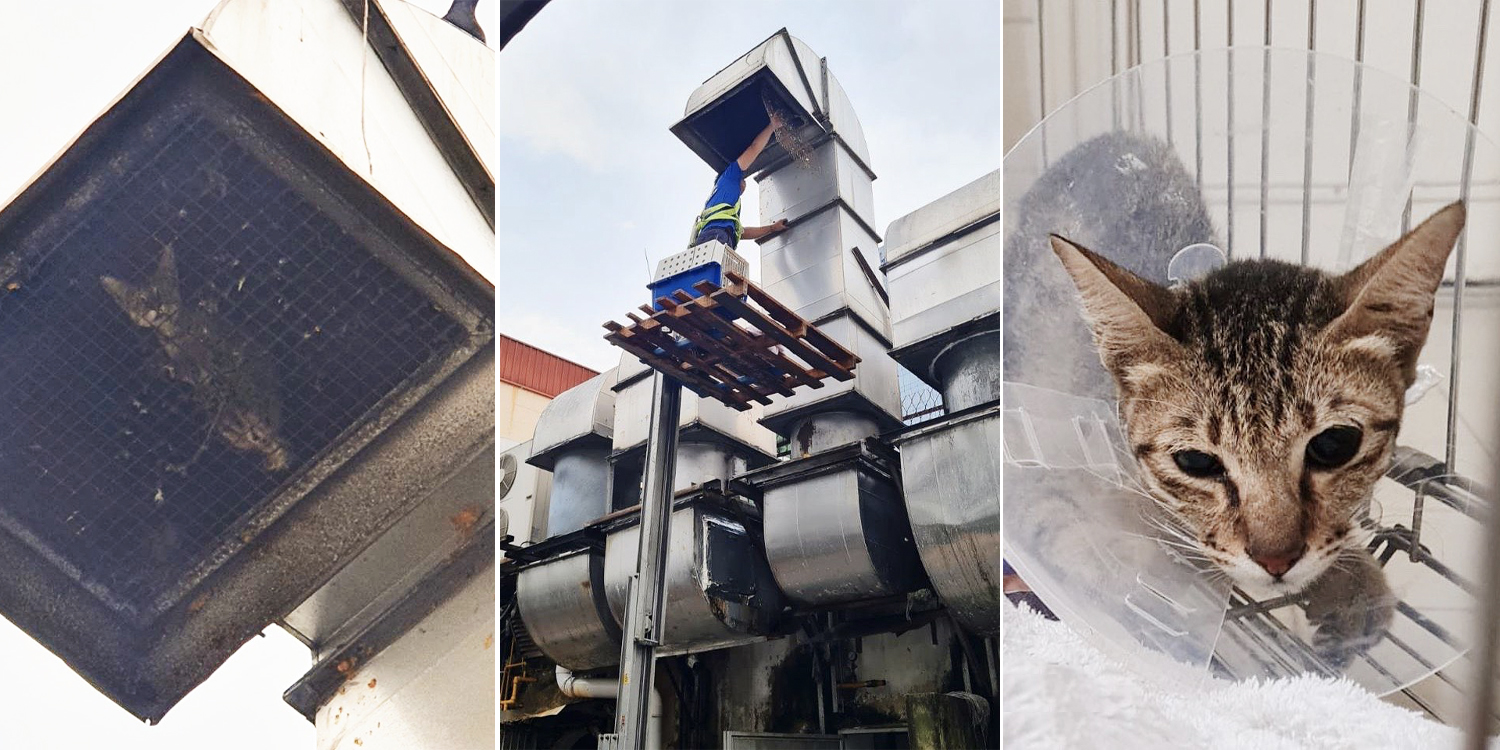 Many in the community helped with the rescue operation.

Cat Stuck In Exhaust Hood For Over 4 Days, Rescued & Brought To Vet

We often see stray cats roaming around in Singapore. But, these animals can run into danger when they wander too far.

On 4 Jun, a lady saw a cat stuck in an exhaust hood in little India. 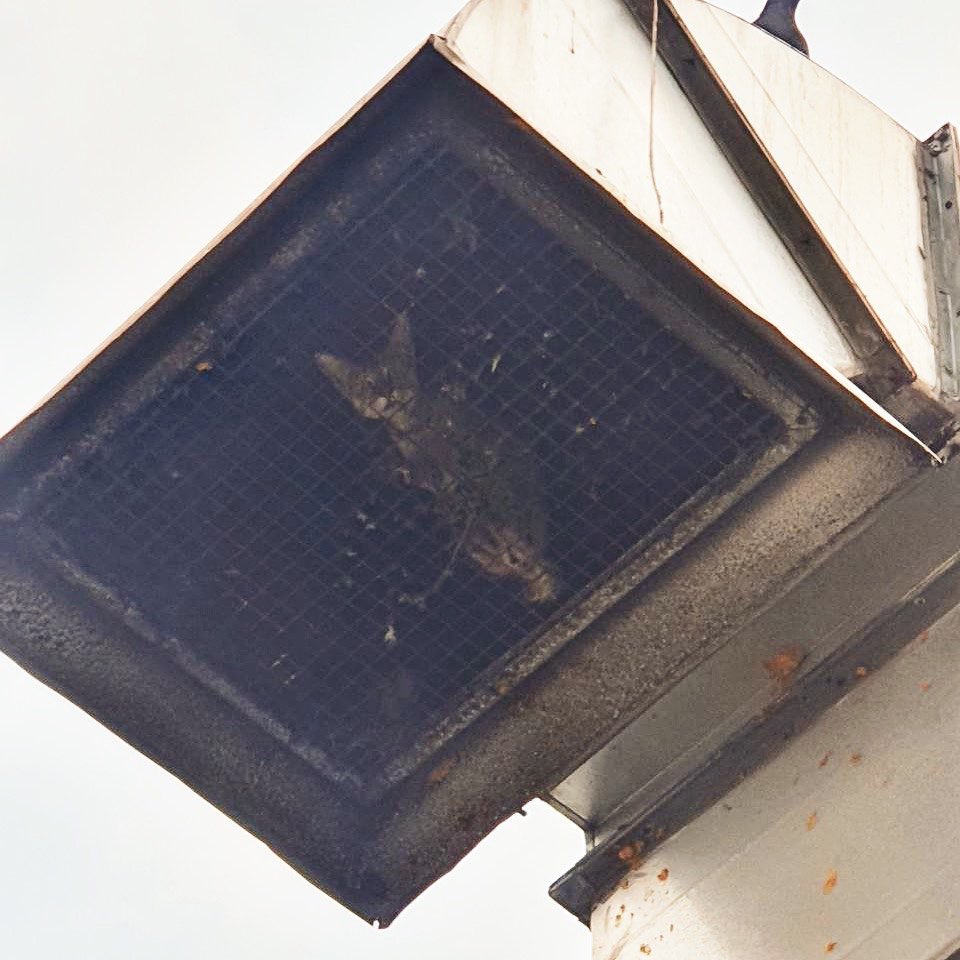 She informed Society for the Prevention of Cruelty to Animals (SPCA) about it.

After a complex 4-day rescue operation involving SPCA, National Parks Board (NParks), and other helpful members of the community, the cat was finally secured. 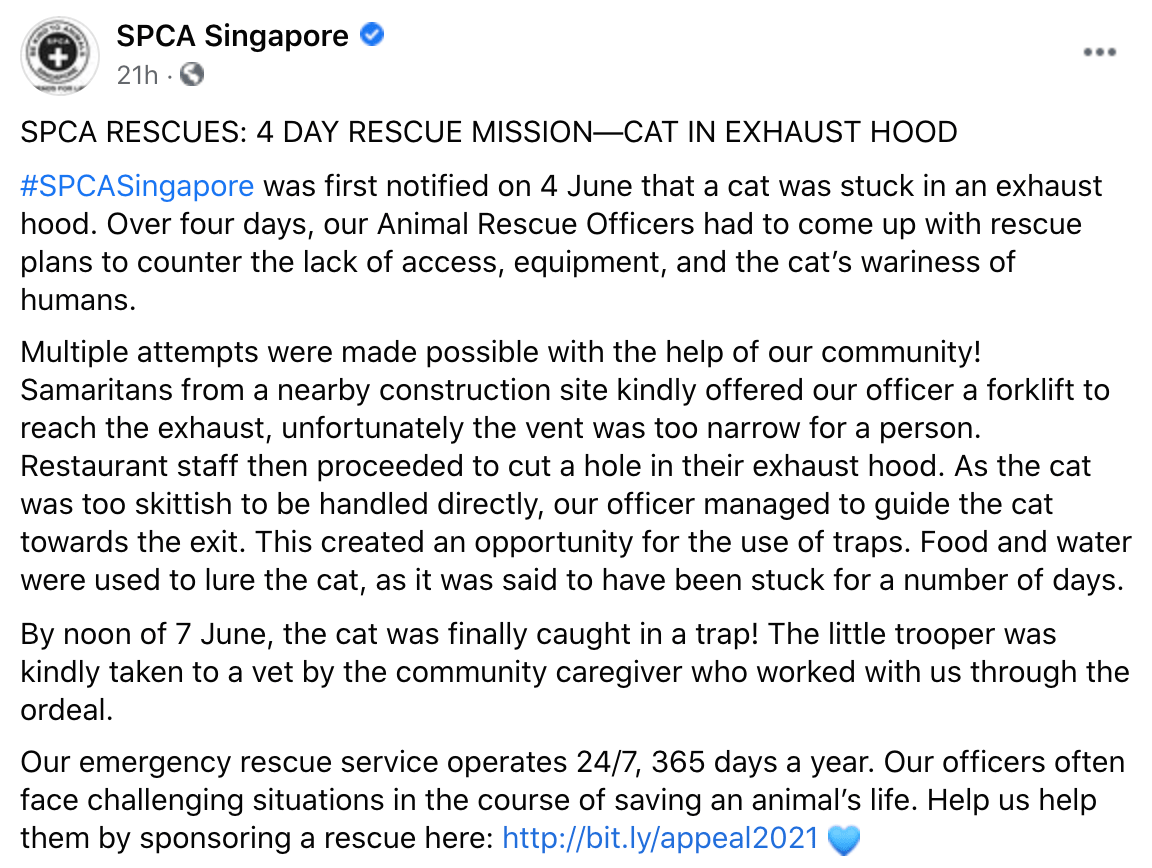 It was later sent to the vet by a community caregiver.

In the wee hours of the morning on 4 Jun, a lady was walking along 102 Syed Alwi Road in Litte India when she spotted a cat stuck in an exhaust hood. According to her Facebook post, she later found out from a nearby restaurant staff that the cat has been there for the past 2 days. 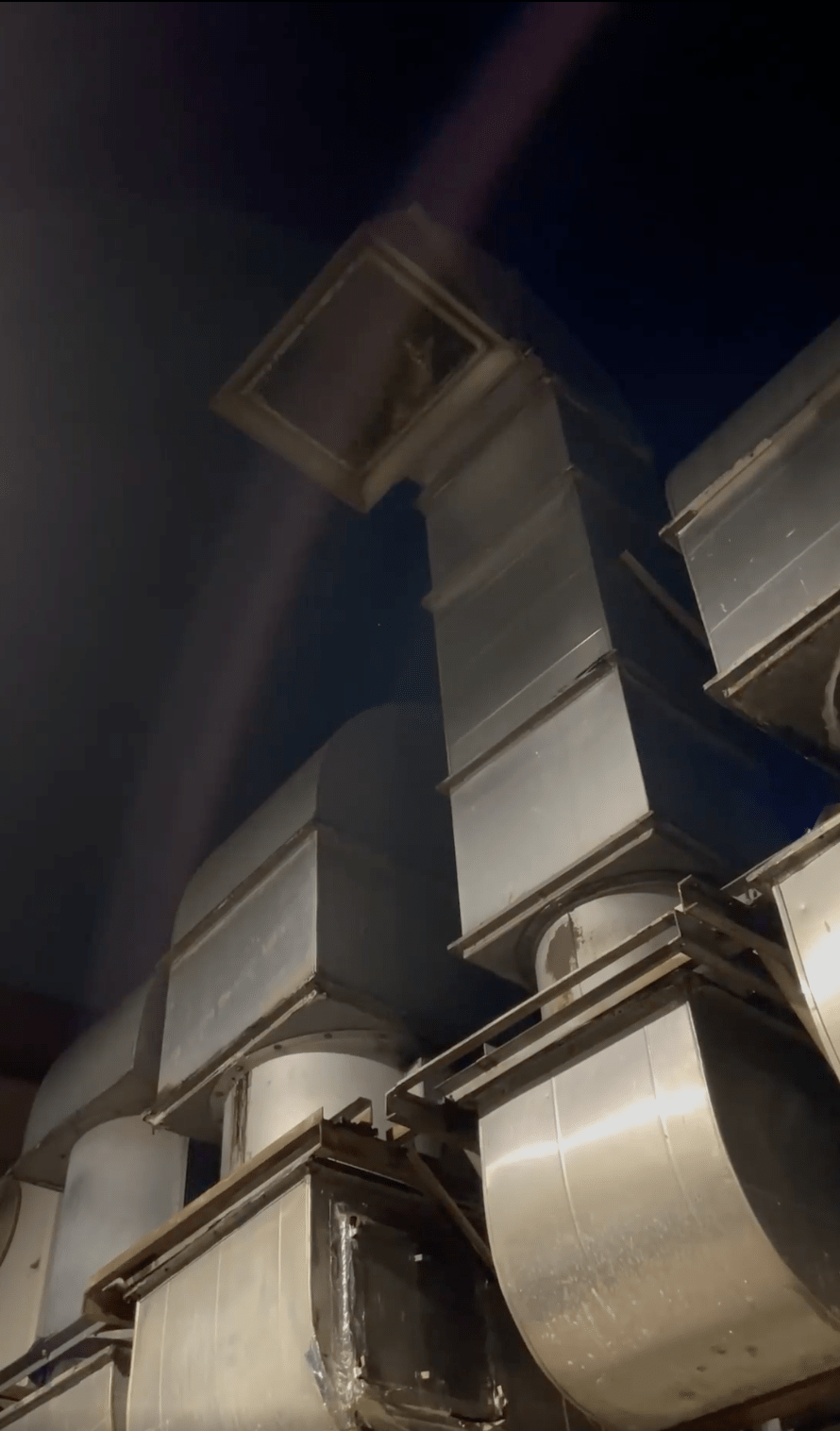 She snapped pictures so that she could inform SPCA and NParks.

Around 2.20am, police officers also came by the scene and tried to contact the restaurant owner. At this time, the cat was still there.

In the days that followed, SPCA said rescue officers had to come up with elaborate rescue plans. This was especially due to the lack of access and equipment. The cat was also wary of people.

Thankfully, many good Samaritans in the community offered to contribute to the rescue operation.

Workers from a nearby construction site offered the rescue officer a forklift so they could reach the exhaust. 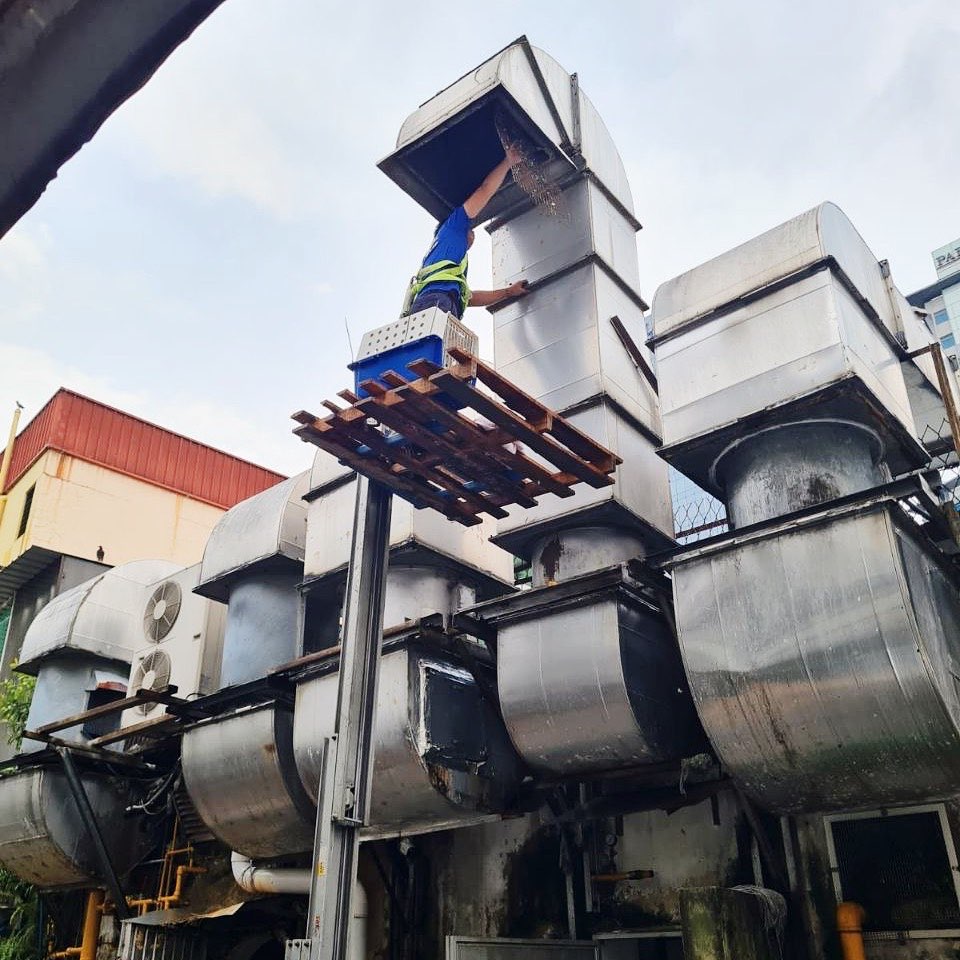 Unfortunately, the vent was too narrow, and they did not manage to find the cat.

Following that attempt, restaurant staff cut a hole in the exhaust hood.

But the cat was skittish and could not be handled directly, so the rescue officer guided the feline towards the exit. Rescuers then used food and water to lure it into a trap.

On 7 Jun at 5.30pm, restaurant staff found that the cat was successfully secured in the trap. 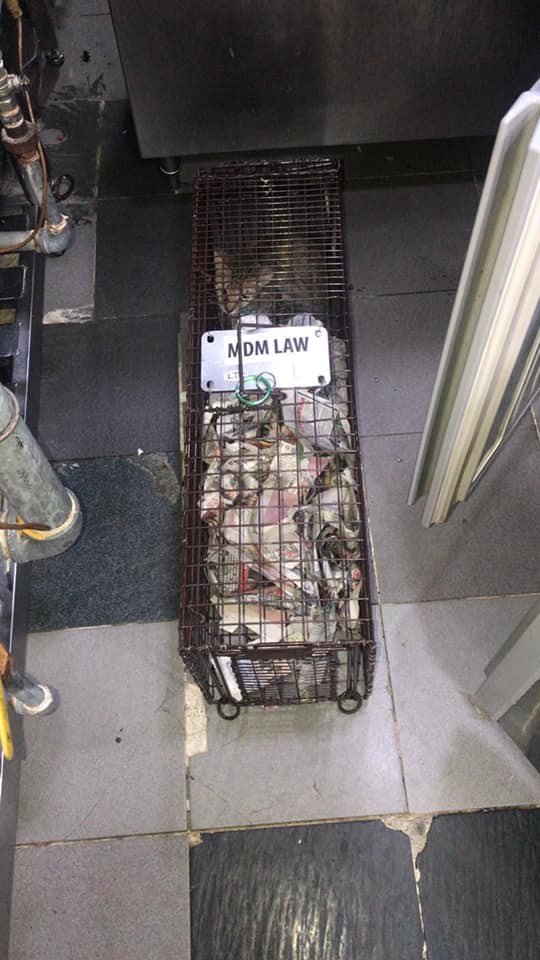 After many days of being stuck in the exhaust hood, it looked emaciated.

The cat was then brought to the vet by a community caregiver involved throughout the rescue operation. 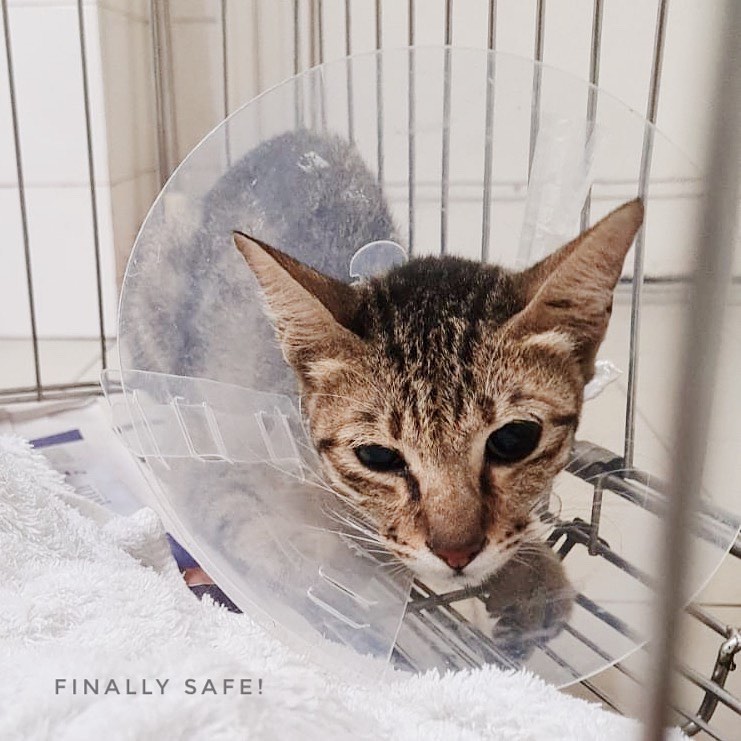 SPCA shared that their emergency rescue service operates 24/7 all year round. Oftentimes, rescue officers face challenging situations like this while saving animals’ lives.

They also appealed to the public for donations to sponsor rescue operations.

Kudos to SPCA for saving the trapped feline

It must have been terrifying to be trapped in a completely foreign place for days, with no access to safety, food, and water.

Thankfully, SPCA and many other kind Samaritans worked together to make the rescue operation a success. Thanks to them, the cat is now safe and in good hands.