Cat Found Dead In Yishun, Suspected To Have Fallen From Height

Community cats are particularly vulnerable. Even though people occasionally provide food and makeshift shelter for them, they still have to fend for themselves in the open.

Considering how recent incidents of cat injuries and deaths have made the news of late, animal lovers are understandably concerned when encountering a dead feline in their neighbourhood.

On Saturday (9 Jan), a medium-sized cat – once spotted around Block 316C – was found dead at the adjacent Block 315C, just behind the childcare centre. 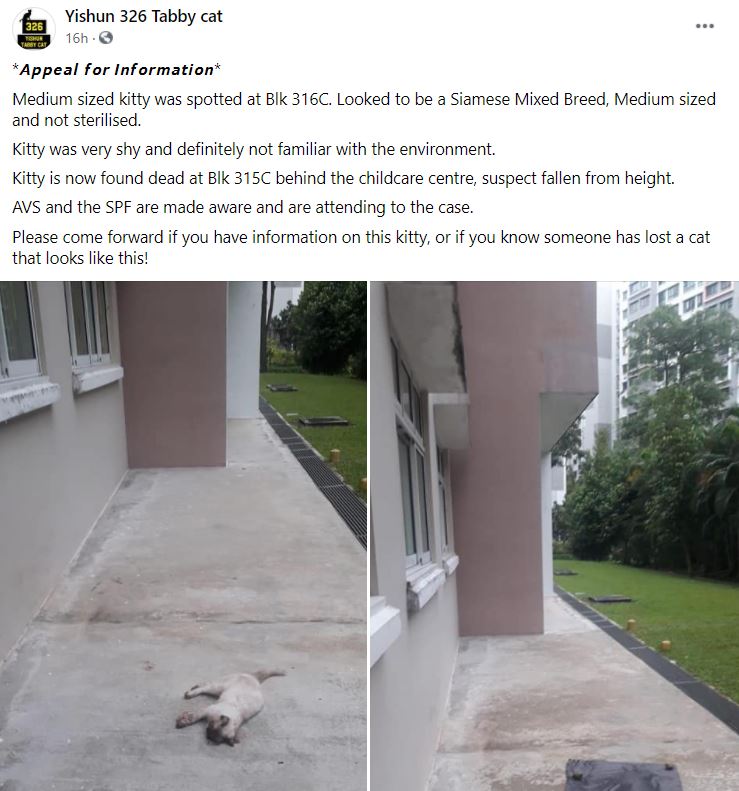 Animal welfare group Yishun 326 Tabby Cat is appealing for information regarding the incident.

Dead cat in Yishun looked to be Siamese mixed breed

Volunteers behind Yishun 326 Tabby Cat said they found a medium-sized cat, which appeared to be a Siamese mixed breed and unsterilised, dead at Block 315C. 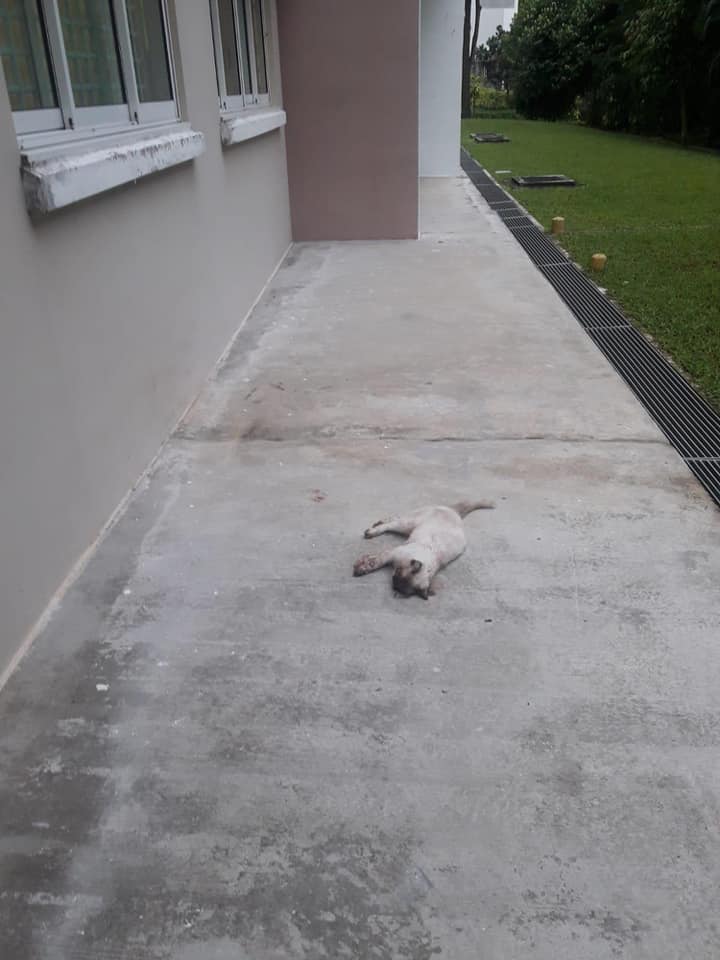 The exact location is behind a childcare centre there, and they suspect that the kitty could have fallen from a height. According the post, the cat was first spotted at Block 316C, had a shy demeanor, and was reportedly “not familiar with the environment”.

From the pictures, it is hard to tell whether the cat was a stray or had an owner, as it had no collar around its neck.

The post says that the Animal & Veterinary Service and police have been alerted and are currently attending to the case.

Volunteers are also appealing for witnesses to come forward, if they have information about the cat, or if they happen to know someone who lost a cat that looks similar to this. 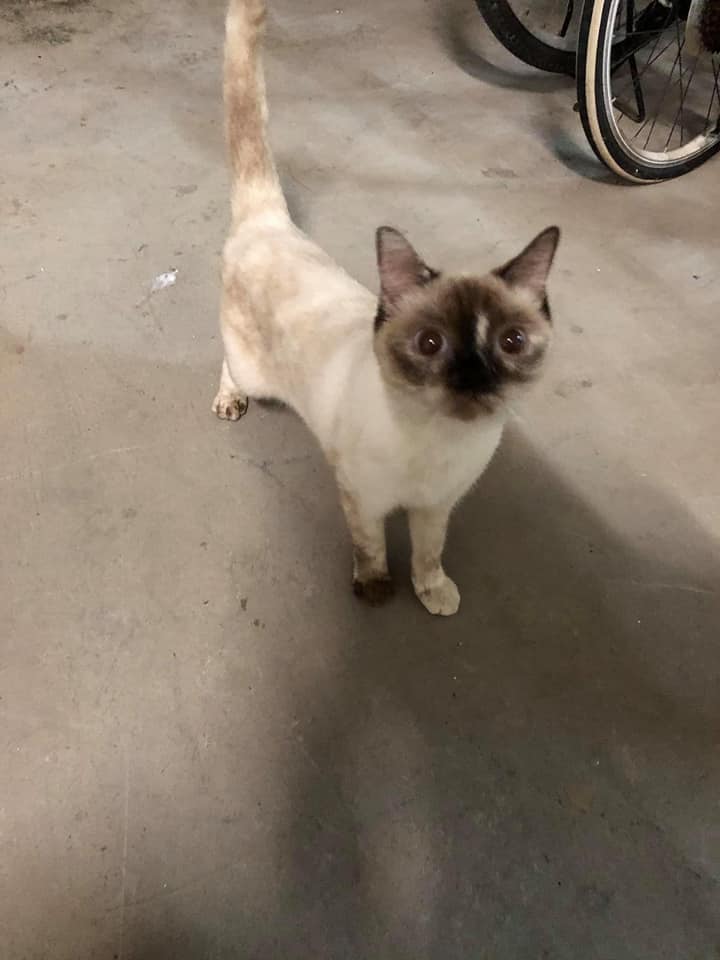 The photo is courtesy of someone in the comments, who said this was what they believe the cat looked like 3 days ago. Though, they’re unable to confirm if it’s the same cat.

To the best of their knowledge, there are no other Siamese cats in the estate.

If you know anything that could help the volunteers, you can contact Yishun 326 Tabby Cat volunteers on Facebook here.

Look out for community cats

Though details surrounding the incident are scarce, we hope that it was at least an accident instead of an intentional act to endanger the cat.

In the meantime, do look out for community cats in your area if you’re caring for them. We hope they’ll remain safe and warm during the recent monsoon season.

Here’s how kind souls are keeping their neighbourhood cats safe from the elements:

Someone Made A Cardboard Home For Community Cat To Keep Warm, Earns Praise From Netizens