CCTVs on the streets may be a common sight, but what about those right outside our homes? 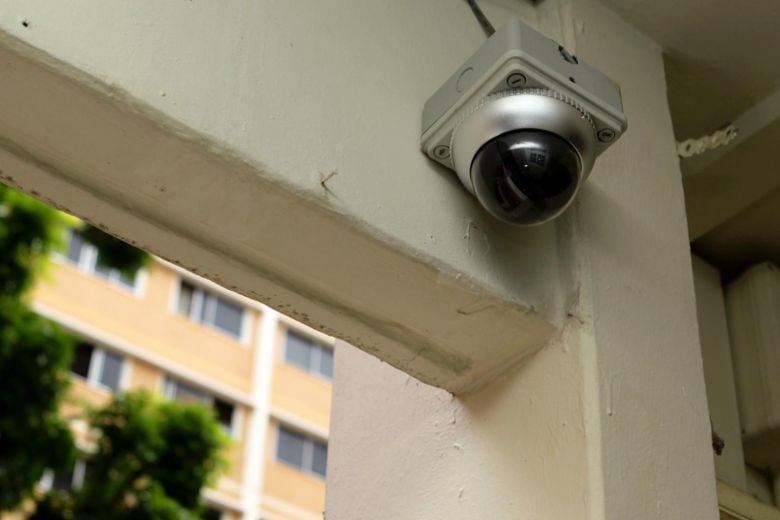 Some of our neighbours may have their own reasons for installing CCTVs outside their HDB flats, but what they may not know is that it’s against the law.

For it to be legal, residents will have to file a police report and get their Town Councils’ approval beforehand.

Despite this, there has reportedly been an uptick in the number of households installing CCTVs outside their homes.

According to Channel News Asia (CNA), HDB residents are not allowed to install surveillance cameras outside their homes without HDB approval.

Town Council by-laws actually regulate the installation of CCTV cameras outside HDB flats, since they manage the common area. 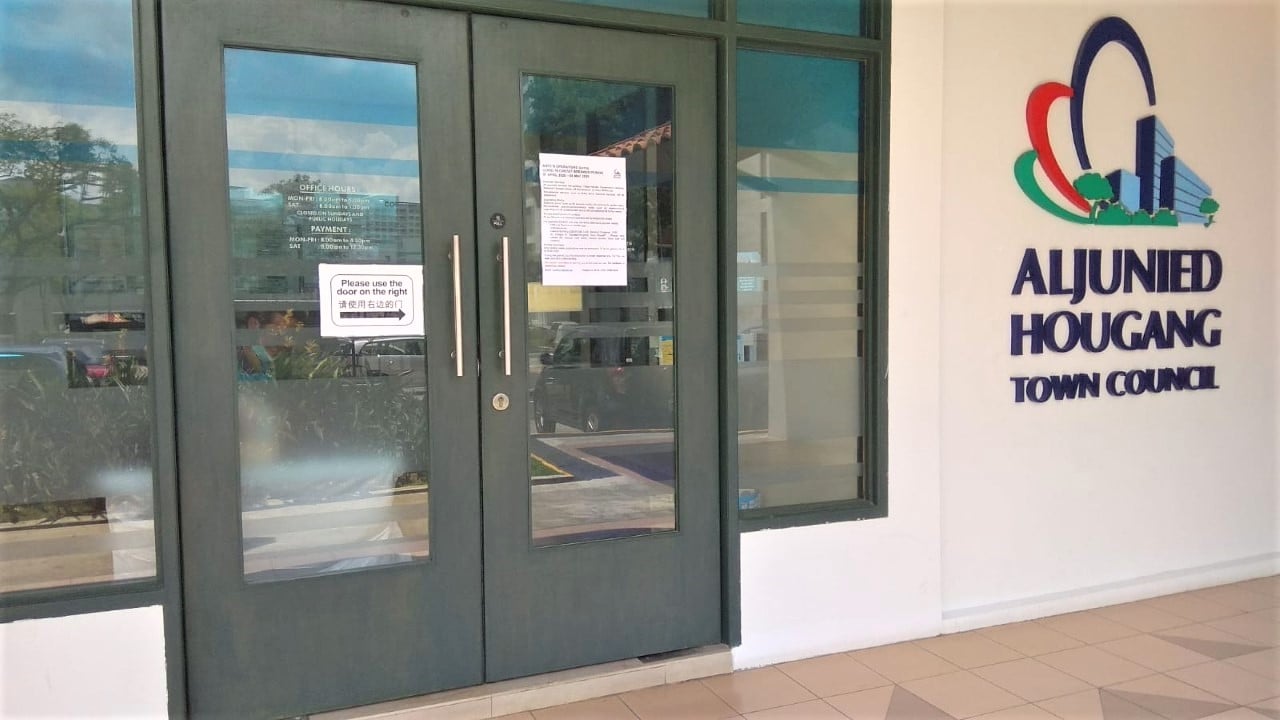 In fact, residents would actually need a valid reason to be installing these cameras.

Proper procedure for installation would include lodging a police report of wrongdoings by neighbours or other individuals that would require surveillance.

With the police report, residents can then seek approval from their respective Town Councils to install the CCTVs.

If individuals are found to be unnecessarily surveilling their neighbours, they would be contravening the Community Disputes Resolution Act, which may lead to a court case.

Despite the regulations, CNA reported that in the past year, people have been increasingly installing CCTVs outside their HDB flats. 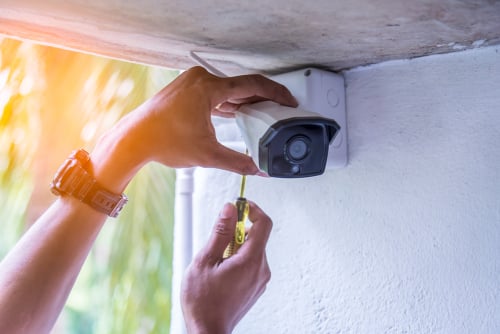 One CCTV merchant told CNA that such sales have improved by at least 20%.

In most cases, residents install cameras outside their flats due to settle disputes with neighbours, theft of items in the corridor, or harassment, reported CNA.

One notable case was a man who apparently performed lewd acts with a woman’s shoe twice back in 2019. The CCTV footage had allowed the authorities to catch and arrest him for his crimes.

This issue first surfaced on 12 Jan when a netizen posed some questions about CCTVs in the Complaint Singapore Facebook group. 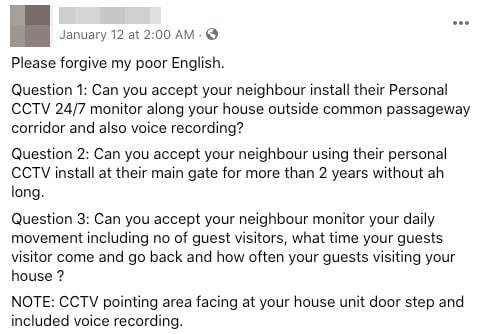 This sparked discussions about the presence of CCTVs, especially along shared HDB corridors.

There were polarised comments, some saying that such cameras are a necessity to maintain security. However, others voiced that installation of CCTVs at HDBs is actually illegal.

Over the years, we have certainly seen how CCTVs are necessary under some circumstances like repeated thefts.

But surveillance will always be a sensitive issue. After all, no one wants to feel like they are constantly being watched, especially in their own homes.

Thus, residents do have to abide by the laws and get approval before installing these cameras.