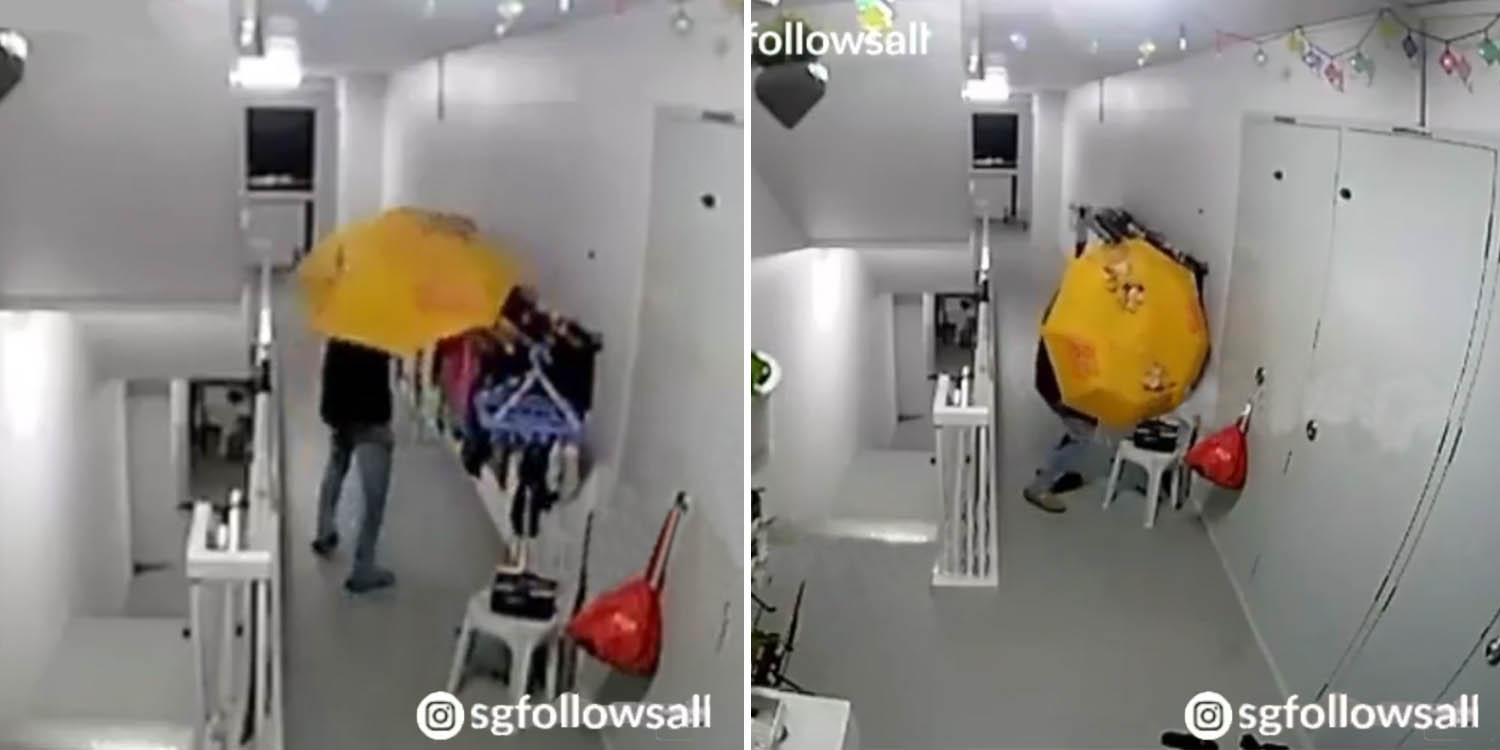 Not long ago, a man caught posting pictures of himself sniffing ladies’ undergarments was fined $2,400.

On Wednesday (1 Oct), another man was seen engaging in such a lewd act, stealing underwear from a Tampines corridor. 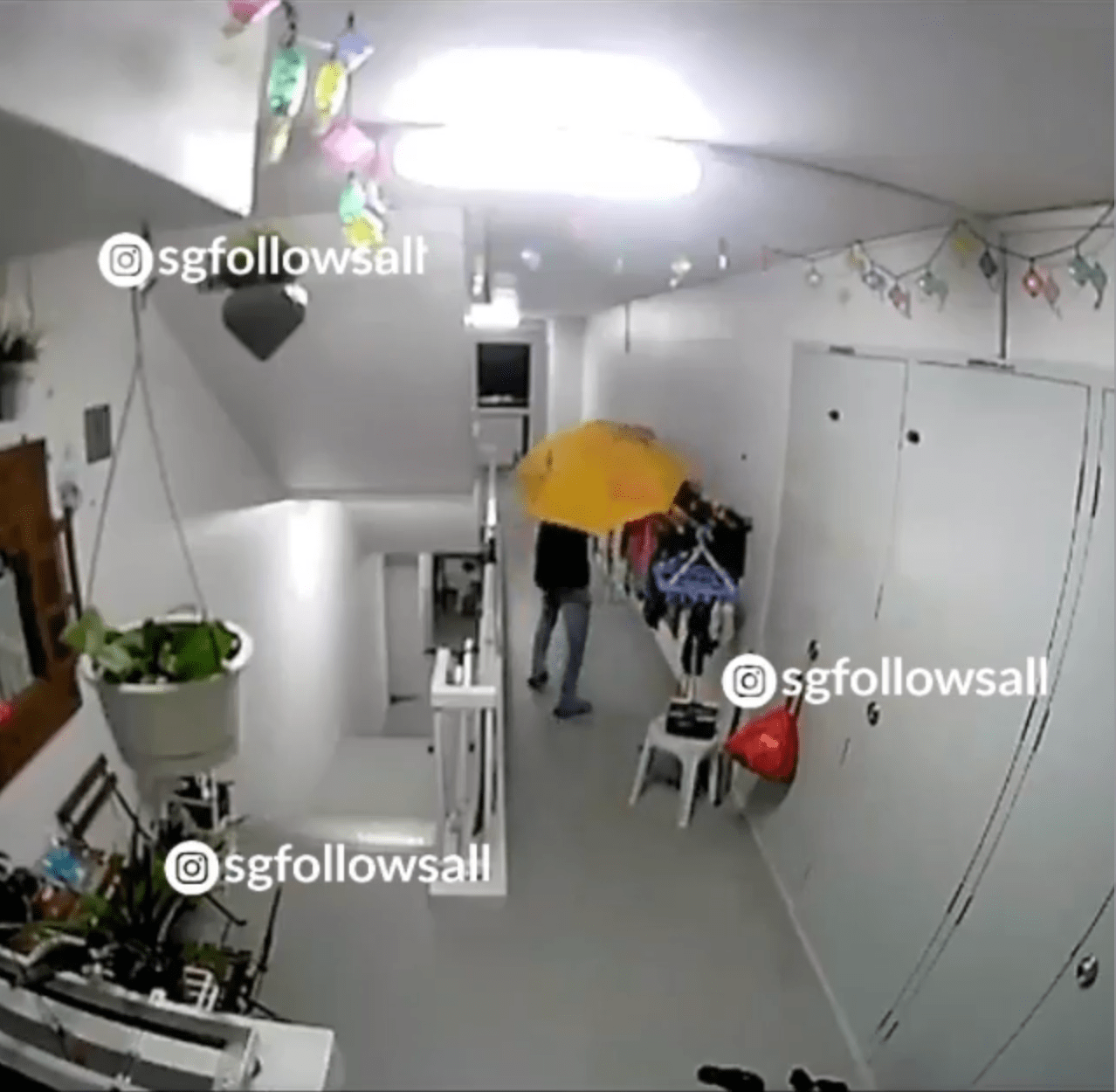 But what made it truly bizarre was that the man armed himself with an umbrella, shielding himself from the CCTV.

In the wee hours of Wednesday (1 Oct), a man was seen suspiciously carrying a big yellow umbrella along a Tampines HDB corridor.

Though it was pouring at the time, the man’s decision to hold an umbrella was apparently to block his face from the unit’s CCTV.

He was then seen sneaking towards the clothesline outside an HDB unit. 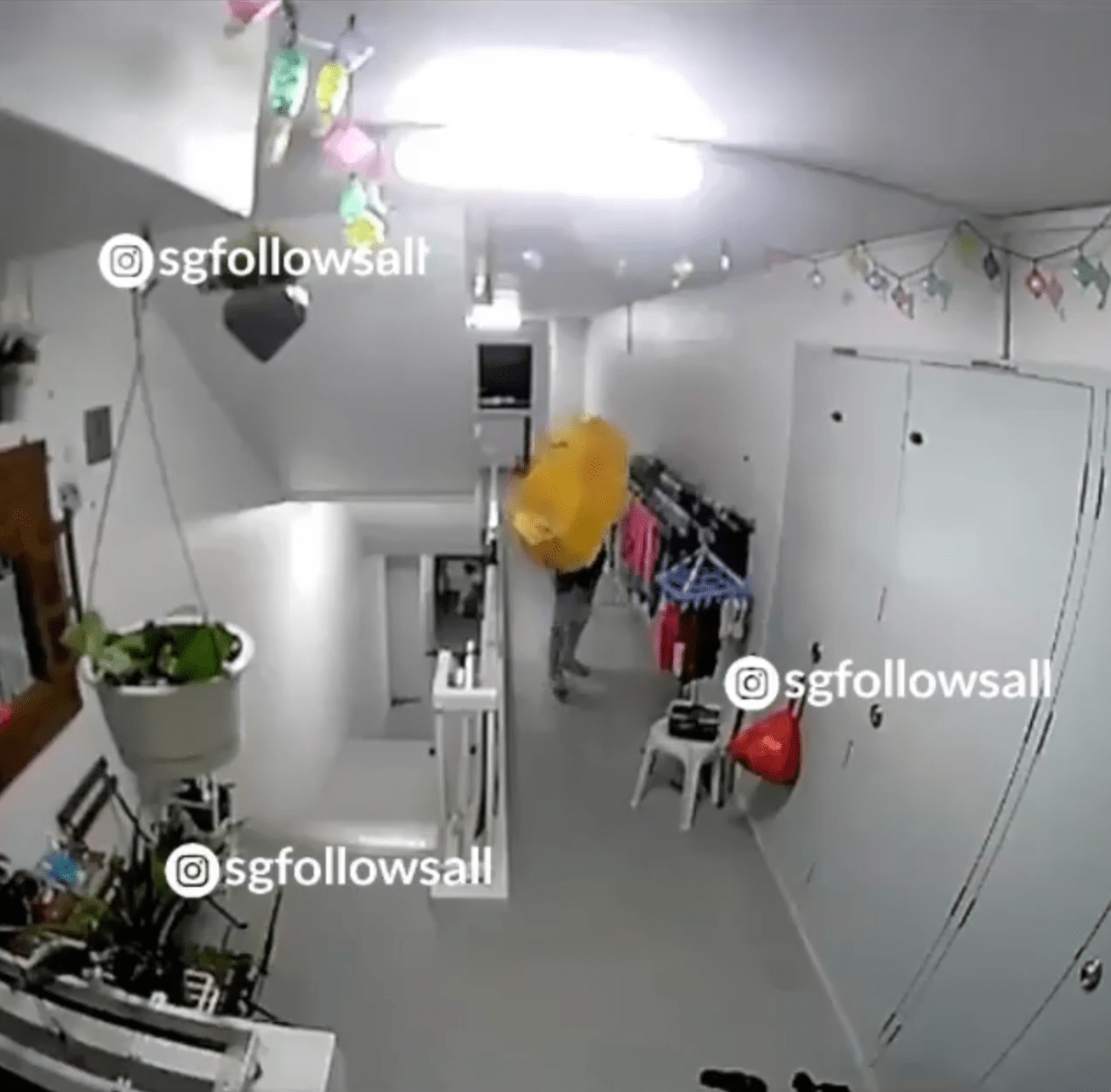 As he approached the section where the undergarments were hung, the man squatted down and expertly removed several pairs before turning to leave. 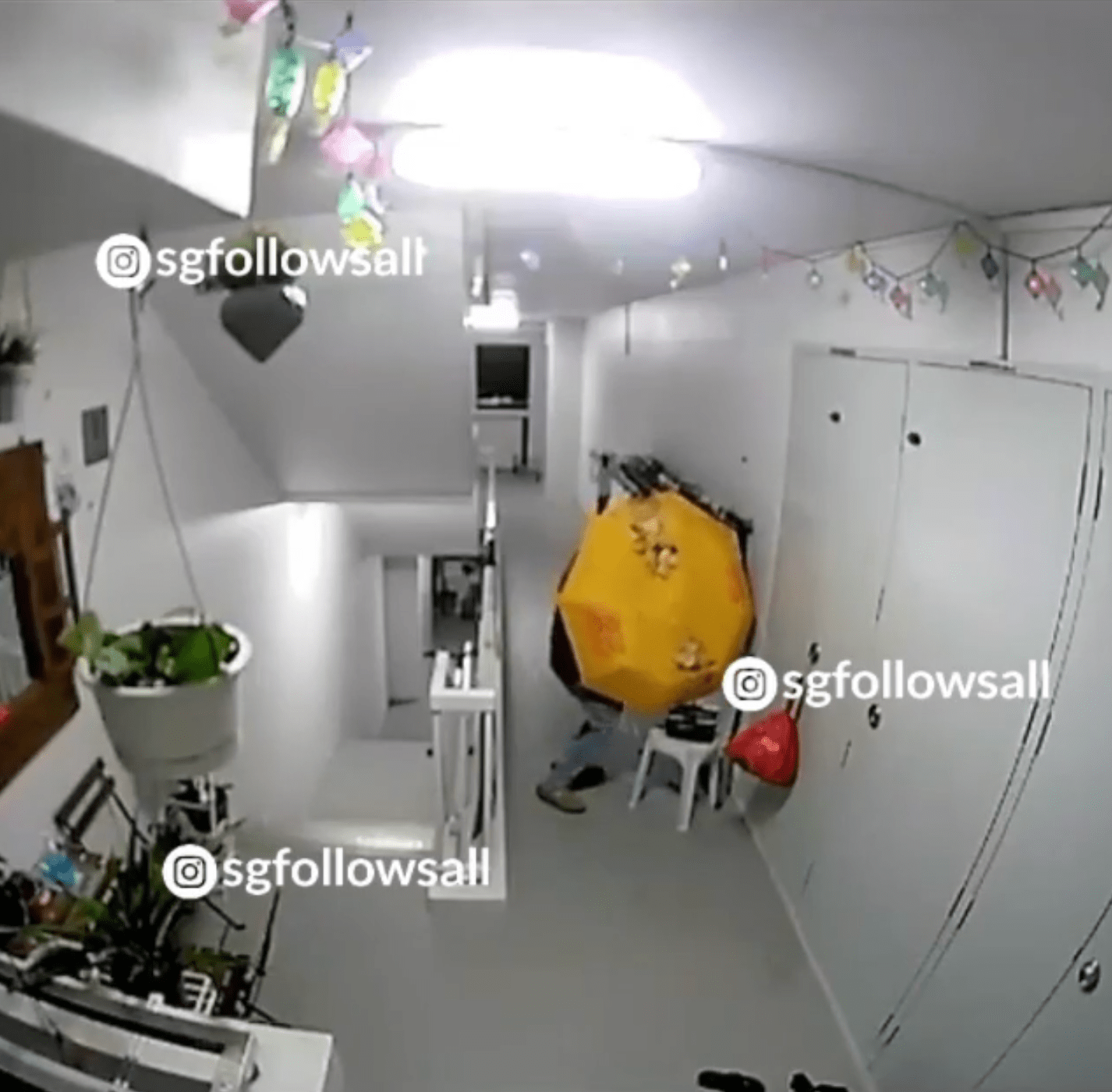 The man somehow managed to shield his face from the camera using the bright orange umbrella.

6 pairs of underwear were stolen

According to Lianhe Zaobao, 6 pairs of underwear were stolen that night.

When interviewed by the Chinese newspaper, the homeowner said the stolen undergarments belonged to his wife and daughter.

His wife apparently only found out about the missing undergarments when she watered the plants the next morning.

She proceeded to check the CCTV camera footage and was enraged when she saw what had transpired, reports Lianhe Zaobao.

Lianhe Zaobao reported that the incident occured at Block 340 along Tampines Street 33. However, this is apparently not the first of such incidents in Tampines.

According to the homeowner, there were similar cases in the area 2 years ago.

Earlier in April, a 41-year-old man was also arrested for a series of underwear theft cases in Tampines. He was recently fined $2,400.

Hope the man will be brought to justice

While the umbrella might make identifying the man much more difficult, we are confident that justice will eventually be served.

After all, a massive umbrella is no match for our mighty men in blue.