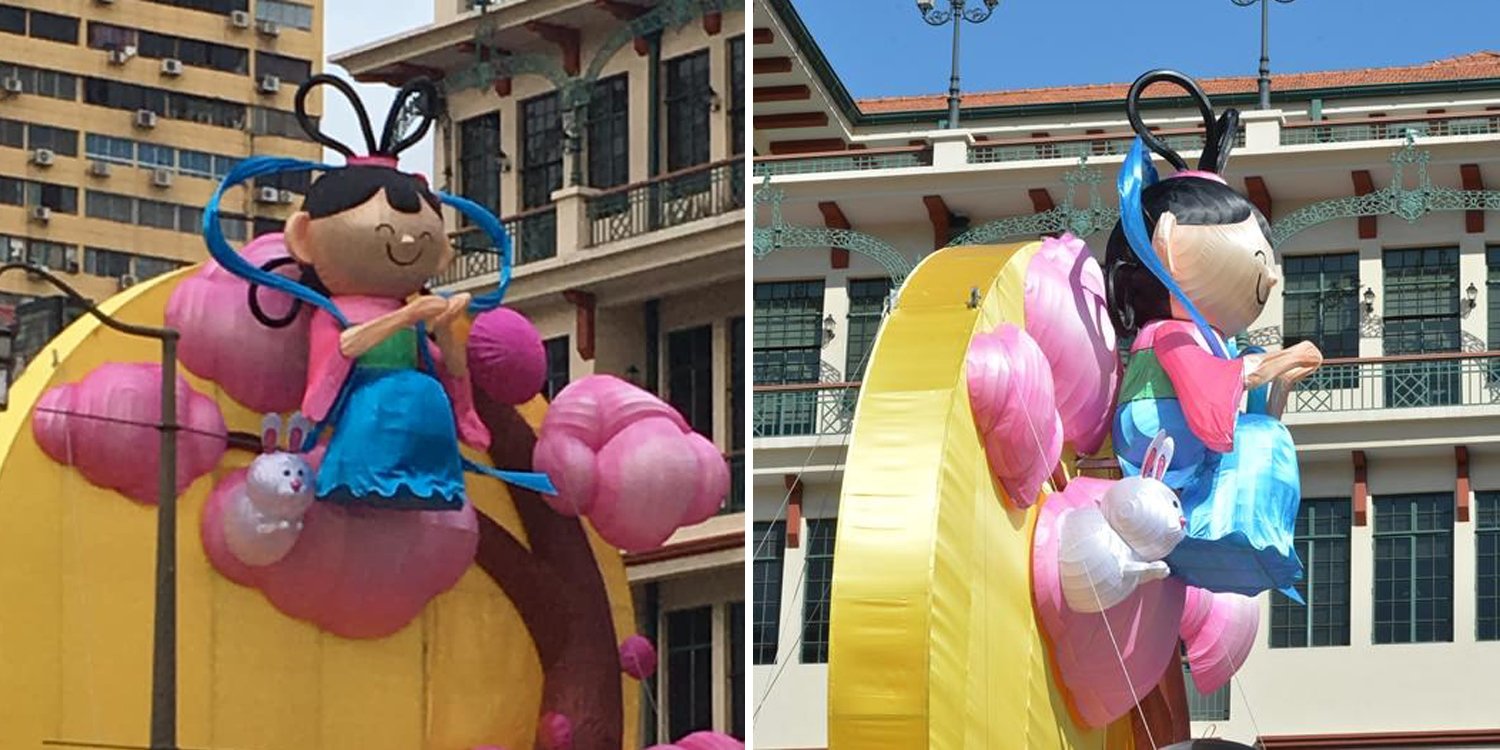 The Mid-Autumn Festival will soon be arriving and Chinatown is getting all decked out in celebration.

One particular feature in this year’s decoration seems to be drawing more attention than others. But for all the wrong reasons. 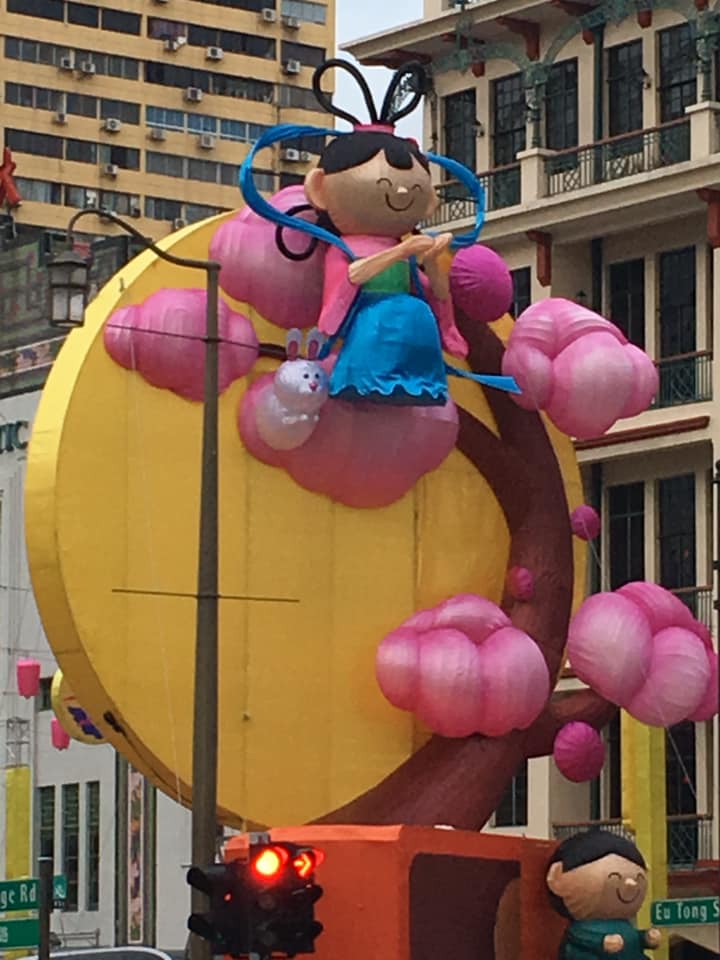 The Chinatown Festival Street Light-up Sub-Committee has since clarified that it looked that way because Chang’e was meant to be in a sitting position. 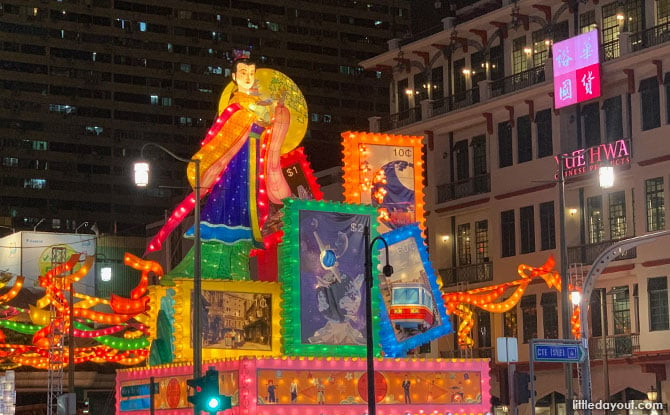 However, the light-up this year is taking place amidst controversy about the choice of decorations.

Sitting between Eu Tong Sen Street and New Bridge Road is a large statue of Chang’e as part of this year’s festival decorations.

Many have made complaints that the protrusion at Chang’e’s abdomen makes it look as if she is pregnant. Looking at the side-view of Chang’e, it is quite hard to deny that she does give that impression.

According to Shinmin Daily, a netizen even joked that perhaps Chang’e let herself go and ate too much during ‘Circuit Breaker’.

Not the first deco faux pas

In a bid to explain and tame critics, the Chinatown Festival Street Light-up Sub-Committee explained that Chang’e was designed to be sitting down.

The protrusion that makes her look pregnant, is in fact, meant to be her knees, reports Shinmin Daily.

Before this, the sub-Committee was criticised for their use of awkward Mandarin phrases in the decoration. 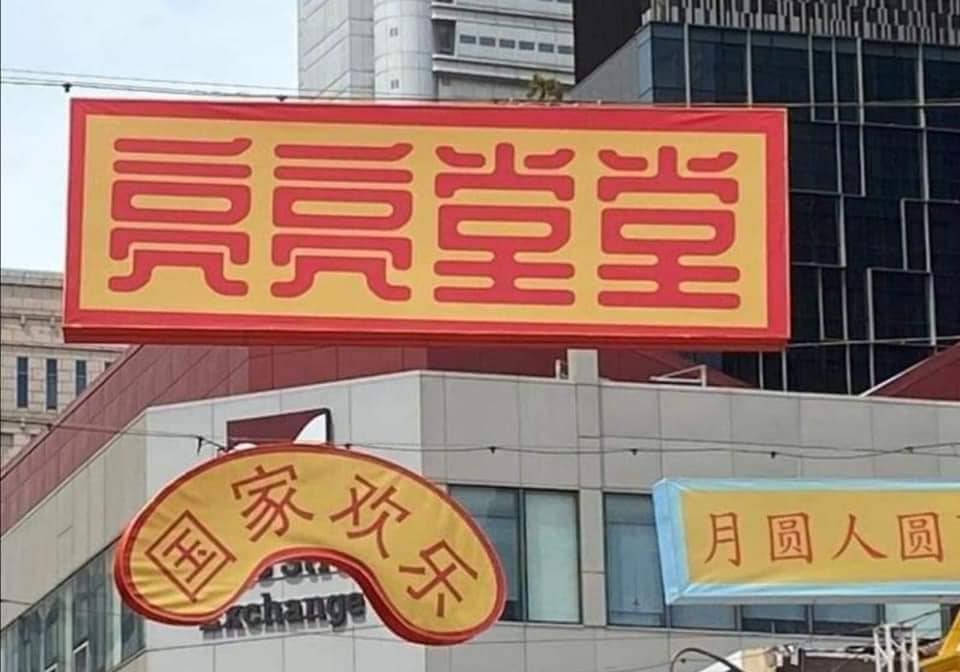 This was because many felt that the Chang’e statue looked very masculine.

Though, we gotta give it to them for rectifying the statue in a flash.

The Chinatown light-up has always been a significant part of the Mid-Autumn Festival celebrations.

On such occasions, it is important to get the cultural elements right. Hopefully after this, the sub-committee will be able to swiftly get Chang’e decorations up next year.

We can’t wait to see how the Moon Goddess will look like in 2021.

Have a story or tipoff to share? Get in touch with us via email at hello@mustsharenews.com.