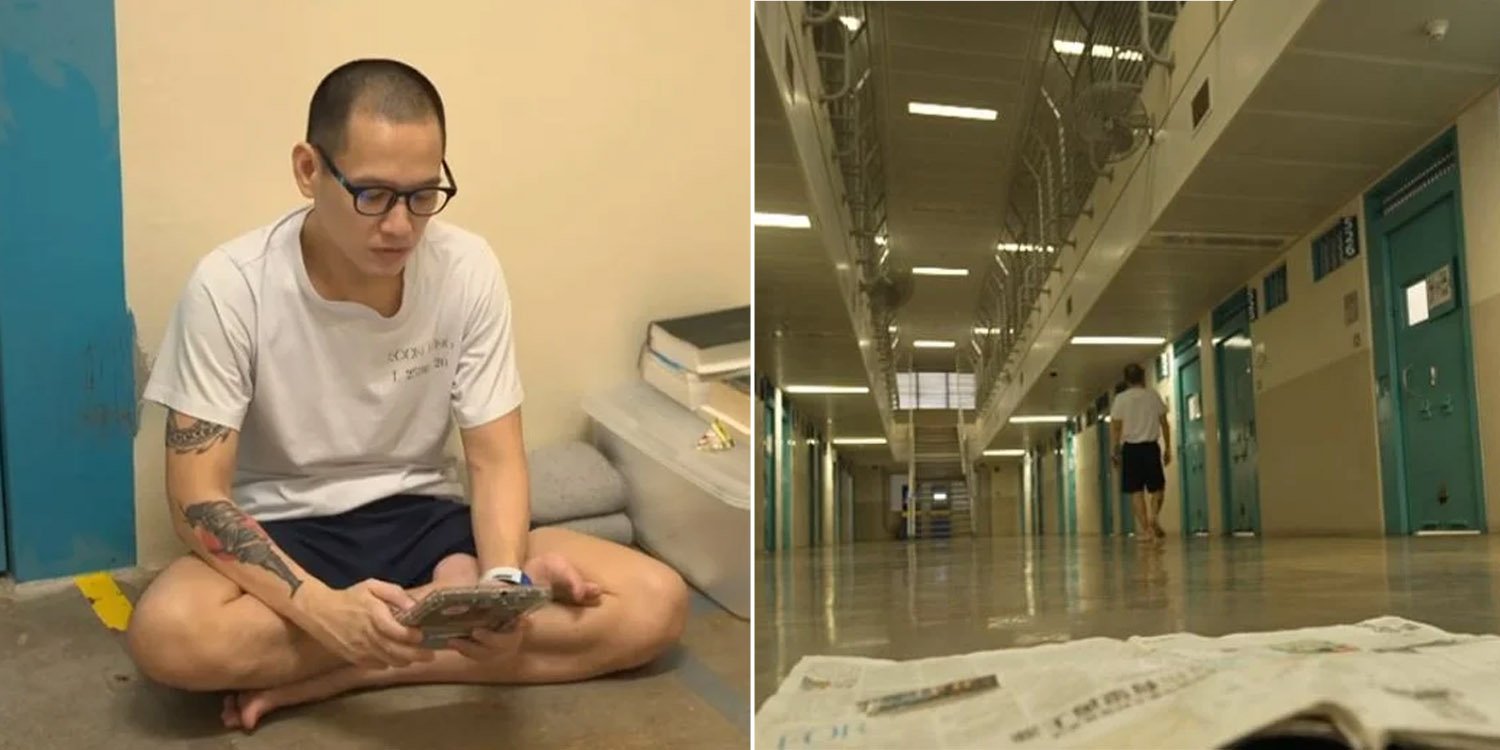 Support from their loved ones is important to get them through life behind bars.

The episode turned out to be a hit, with many viewers keen on seeing inmates’ routines behind bars.

As hinted through the title, the episode follows 5 Changi Prison inmates as they navigate harrowing life experiences like divorce and the passing of a loved one.

As they are incarcerated, prisoners are unable to keep in contact with their loved ones as frequently as before. Sometimes, this could mean not knowing the passing of a family member.

For 34-year-old Boon Keng, he only learned about his mother’s passing while reading the newspaper’s obituary section. 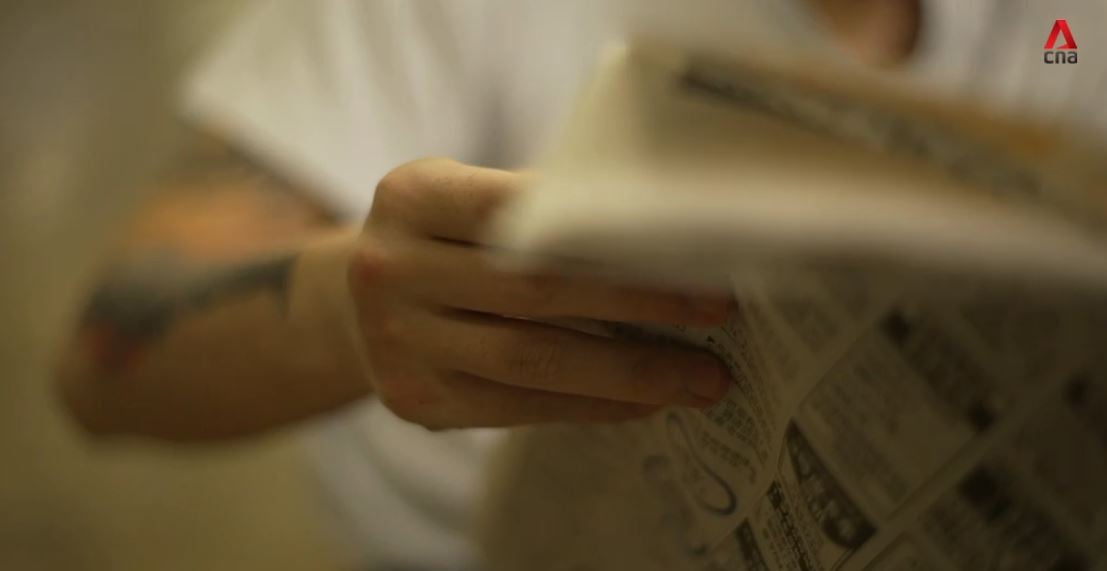 As he last spoke to her 3 months before, Boon Keng couldn’t believe his mother would be gone within such a short period. 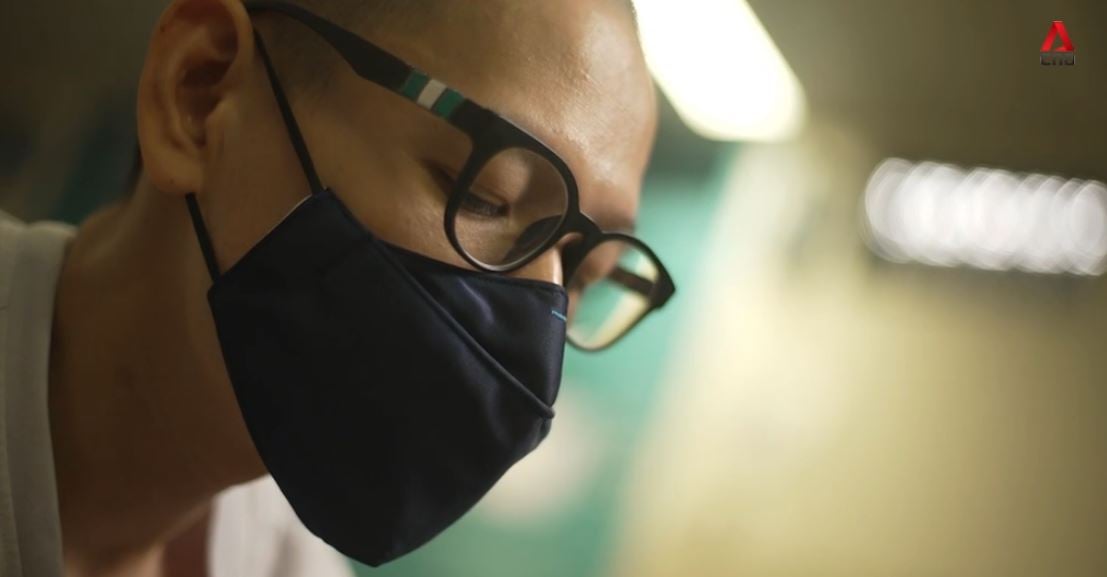 To make matters worse, newspapers handed to inmates are typically 2 weeks old. In other words, Boon Keng only learned about his mother’s demise at a much later time. 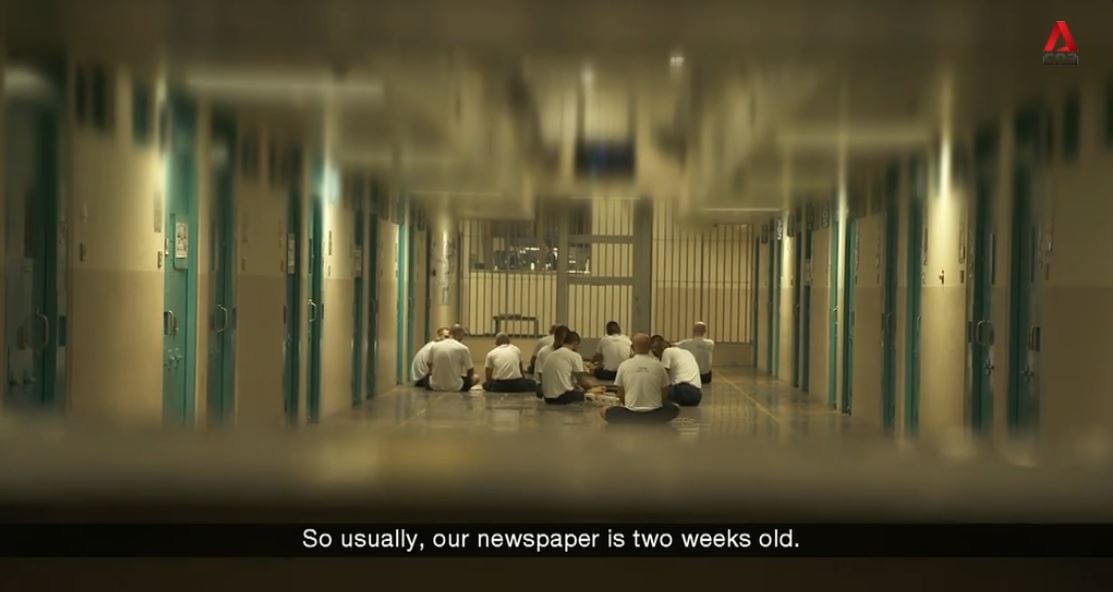 The 34-year-old was extremely affected by the news and couldn’t help but tear up while recalling her last words to him.

He also expressed regret that he didn’t convey his love often enough while his mother was still alive.

While some inmates are forced to process the emotions of losing their loved ones, others face the possibility of having their marriage fall apart.

Currently serving his 4th sentence, Graceson recently received a letter from his wife hinting at a divorce. 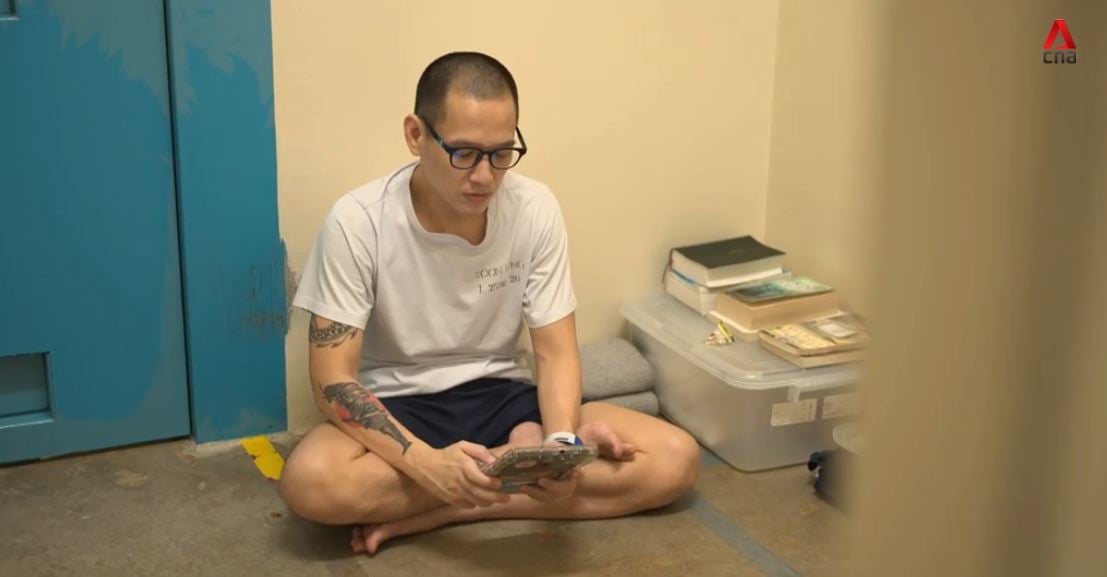 The 36-year-old decided to seek help from a psychologist, who subsequently advised him to reflect on his marriage and how he would like to see it progress ideally.

Over the call, she shared her anxieties about Graceson’s inability to change his ways. Nonetheless, she decided to give him 1 last chance. 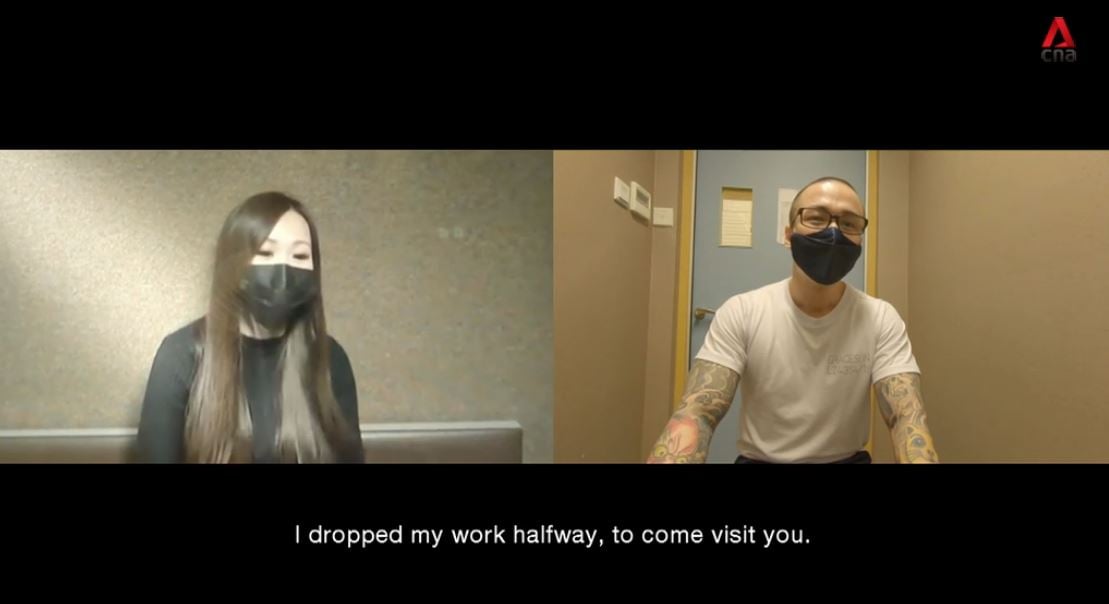 The pair later shared a precious conversation about their daughter and how much she loves her father.

Support from family members is important for inmates

In contrast to distressing events, the support from family members goes a long way in helping inmates with their incarceration and preventing them from going astray when they are released.

Yet every month, his sister and mother would visit Iskandar without fail, often sharing a laugh and giving him a reason to persevere and complete his sentence.

Each inmate entitled to 2 visits per month

Each inmate is reportedly allowed 2 visits every month—these can be tele-visits or face-to-face visits.

However, due to the Covid-19 pandemic, physical visits have been suspended. 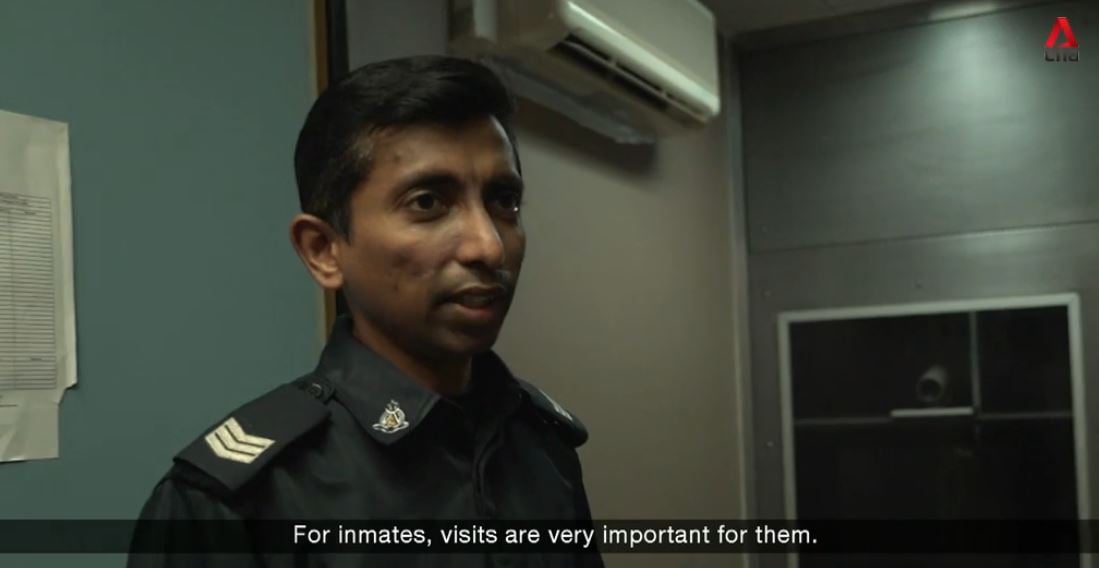 Some, who reportedly do not get visits, act out of sorts and may even disobey simple orders.

Before visiting inmates, family members must apply and be approved to hold a visit card.

The main cardholder, however, must be 21 years old and above.

As shown in the episode, this sometimes causes inconveniences for inmates whose families are not cooperative in accompanying underage children to visit.

You can watch the full episode on CNA’s website here.

Tough to deal with life’s emotional trauma behind bars

While prison walls provide physical separation between inmates and the outside world, they do not shield them from the emotional trauma of events like divorce and the death of a loved one.

While such events are often inevitable, we’re heartened that inmates are equipped with the resources to deal with such issues.

Kudos to CNA for the well-filmed documentary. Singaporeans now get a glimpse of life behind bars and the systems in place that ensure their well-being.

Recap of ‘Inside Maximum Security’ Episode 1: