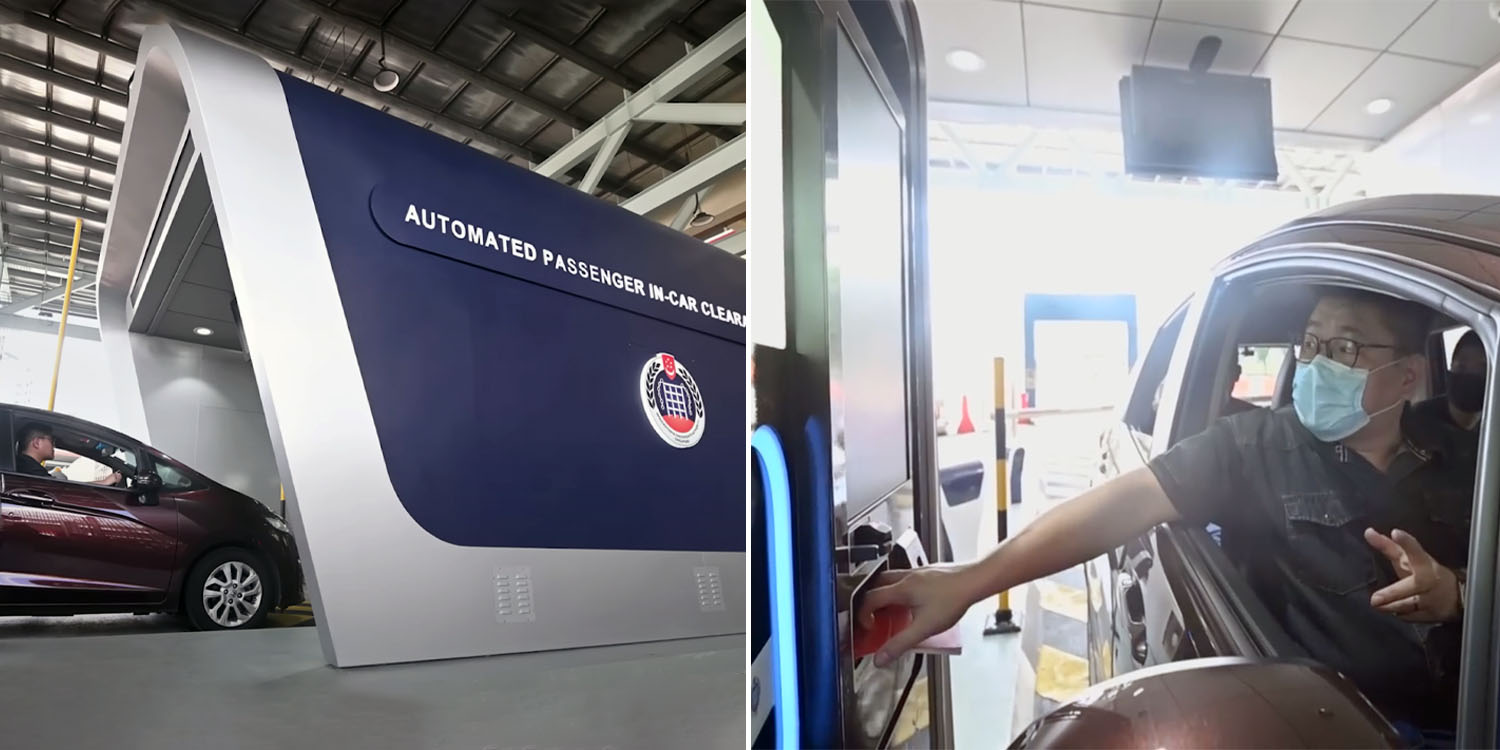 The whole process is said to take less than five minutes.

While Singaporeans now relish the chance to travel across the Causeway for short weekend getaways once again, driving through the checkpoint can be a hassle.

Well, motorists might soon be able to enjoy a more seamless immigration process.

Since 21 Jun, Singaporean authorities have been trialling an automated contactless immigration clearance system at Woodlands Checkpoint. 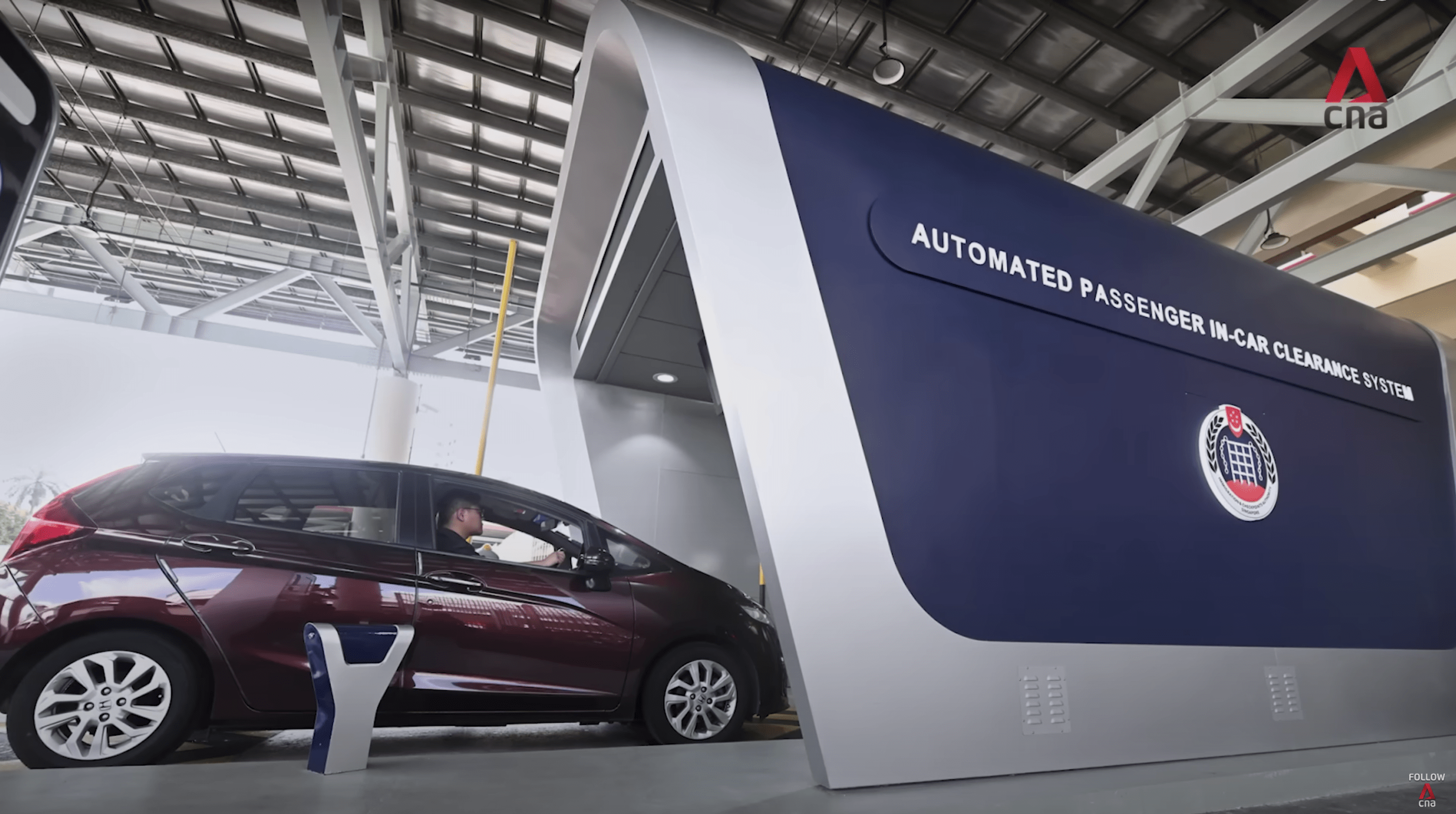 With this new system, motorists only need to drive under the canopy and scan their passports, and they will be prompted for their facial and iris biometrics.

Drivers making their way across the Causeway from now till October may be greeted with an unfamiliar futuristic-looking structure at immigration.

As a vehicle enters the clearance zone, automated cameras will capture its licence plate number. They will also detect the vehicle’s height and adjust the kiosk’s height.

The vehicle can then enter the APICS canopy, which helps control lighting and ensures the light-sensitive biometric scanners can still function optimally regardless of the time of day. 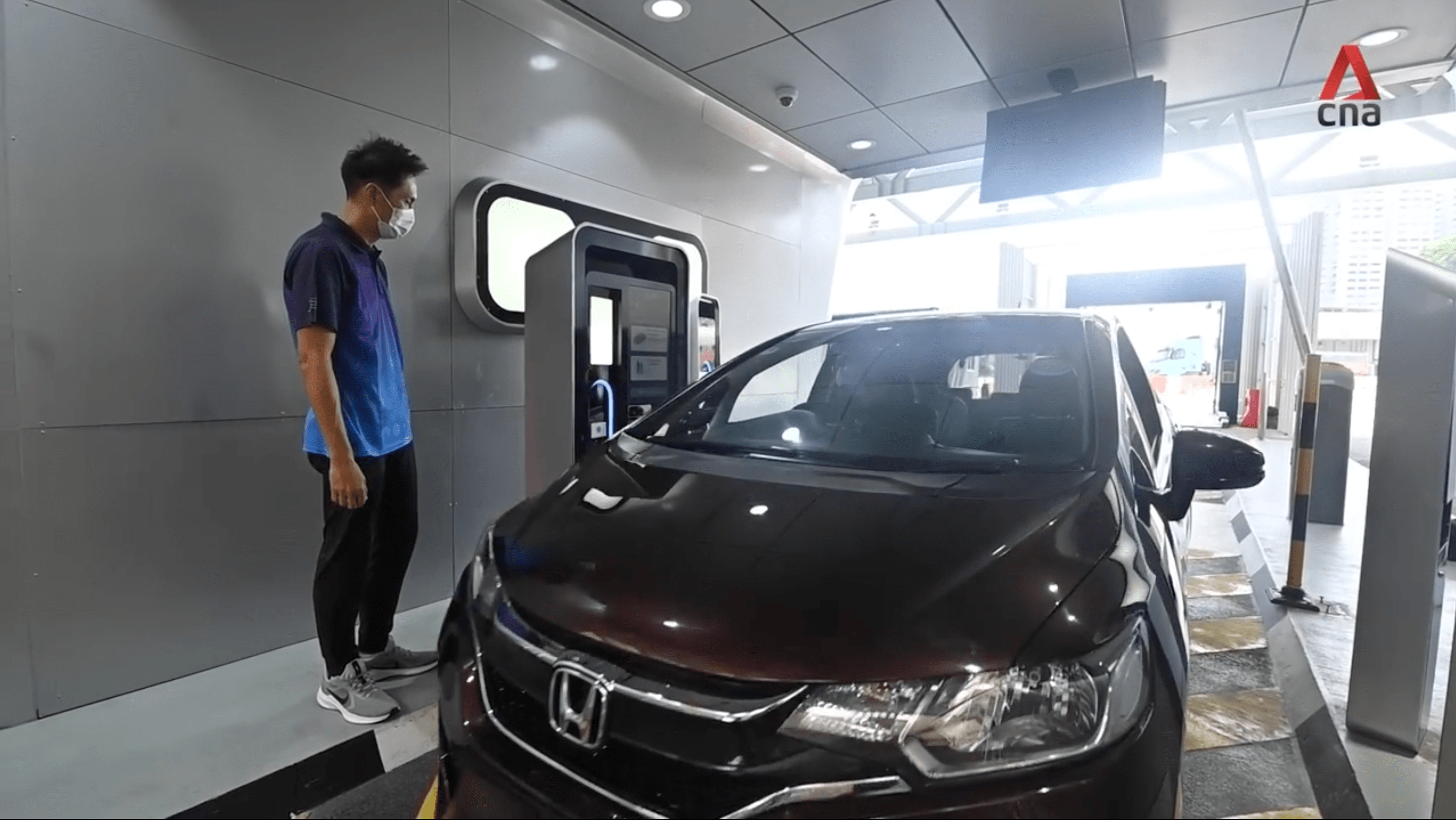 According to CNA, drivers will then use the self-help kiosk, which has an LCD touch display, passport scanner, biometric scanner, fingerprint scanner, and an intercom.

The kiosk also caters to foreign-registered vehicles and allows for the collection of requisite fees if necessary.

While scanning their passport and capturing their facial and iris biometrics, drivers need not leave their vehicle. 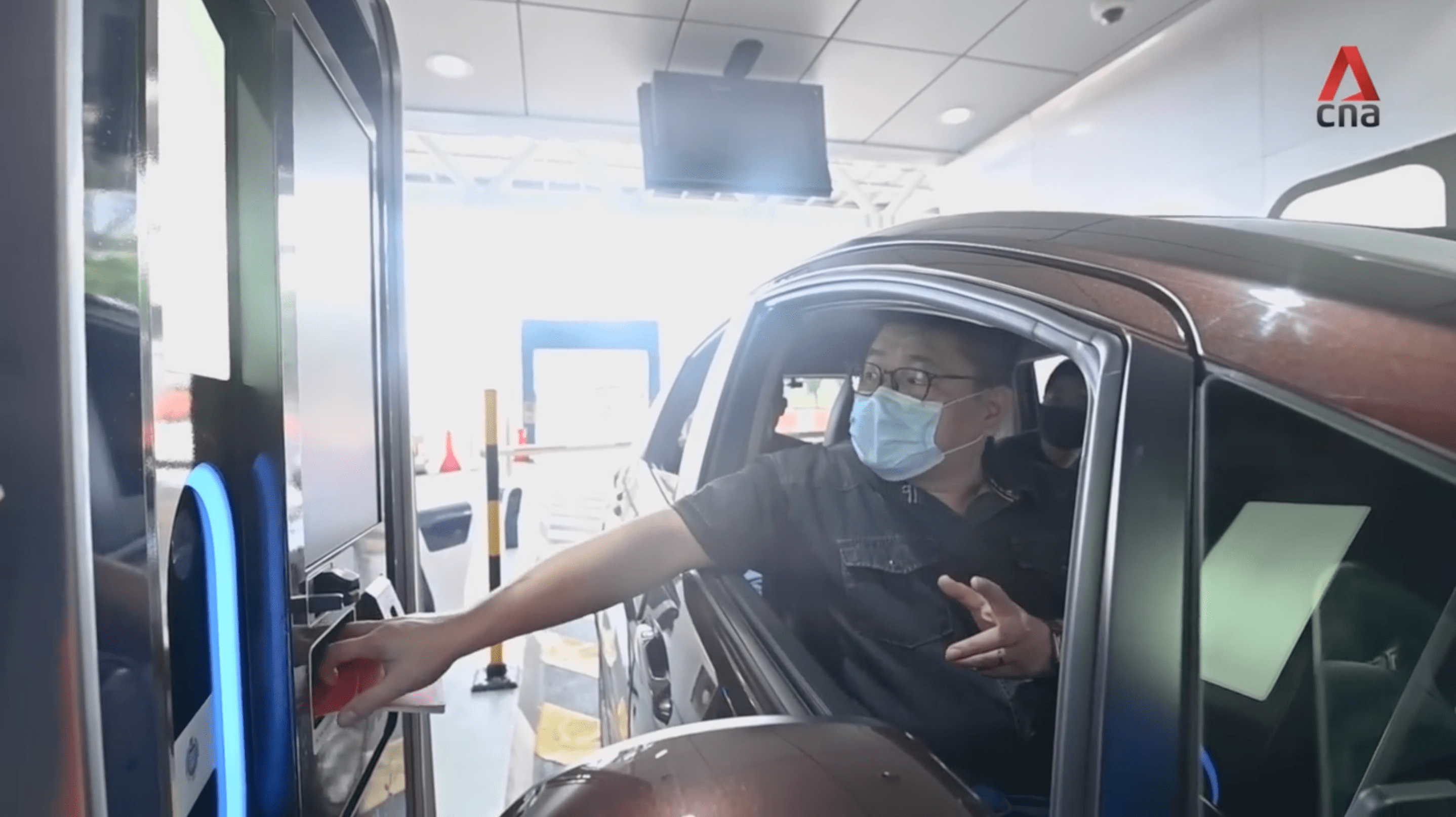 The whole process is contactless, but during this trial period, an Immigration and Checkpoint Authority (ICA) officer will be stationed in front of APICS.

The APICS was developed by the Home Team Science and Technology Agency (HTX).

CNA reported that the very first prototype was trialled back in 2017. The results showed that such a self-clearance system is “feasible”.

The system has since been adjusted for the current trial. It now allows greater convenience.

The current APICS even has fans to prevent the build-up of exhaust fumes within the area.

According to ST, the trial is now taking place at the Woodlands Checkpoint on weekday nights for selected travellers.

Due to the system’s limitations, these travellers must have a maximum of four people in the car. All passengers need to be above six years old.

During a media demonstration of APICS on Wednesday (29 Jun), ST observed that it took less than five minutes for a car with passengers to clear immigration using the system. 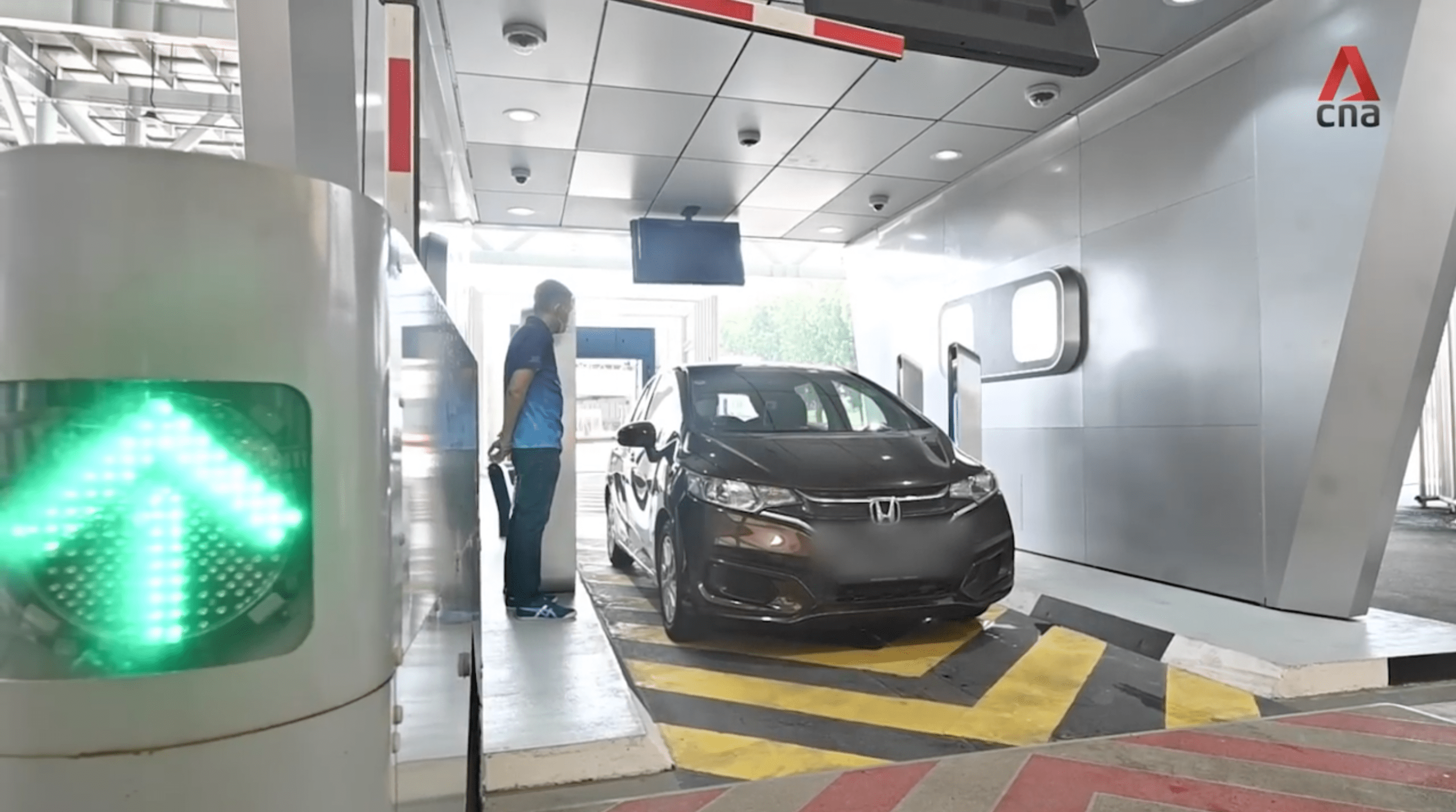 Director of HTX’s Robotics Mr Cheng Wee Kiang said APICS had received positive feedback from those who have used it in the past week.

Officers from ICA and HTX will be stationed at the booth to collect feedback and provide assistance if needed during the trial.

The system also allows ICA to redeploy its officers to higher-value tasks, such as profiling and risk assessment at borders.

Authorities will release more operational details about APICS at a later date.

Hope trial will be successful

With our land borders getting busier over the years, we’re glad authorities are continually improving the processes and facilities.

Hopefully, the APICS trial will be successful, and we can see the system officially roll out in the coming years.

The added convenience will undoubtedly be welcomed by many who frequently drive across the Causeway.