Diners At F&B Outlets Reminded That Rule Of 5 Applies Till 28 Dec, Checks Will Be Escalated In Coming Days 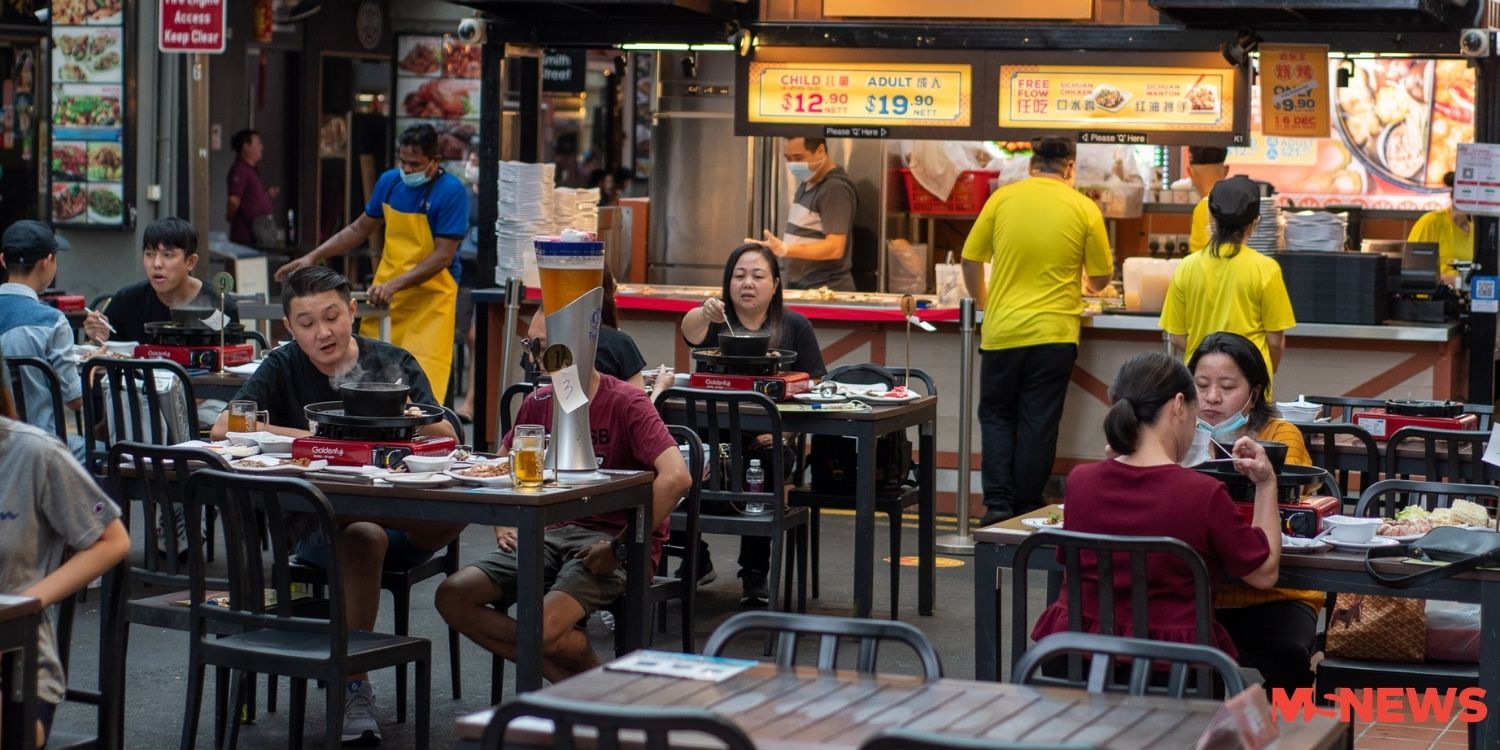 The festive season doesn't mean we can let our guard down.

Phase 2 Safe Distancing Rules Must Still Be Followed By Those Dining Out, Warns MSE

When Prime Minister Lee Hsien Loong announced that Phase 3 will arrive on 28 Dec, many Singaporeans might have been delighted.

It means that they’d be able to hang out with more people, as groups of up to 8 will be allowed to gather and dine out.

However, you’d be mistaken if you think that means the authorities will now be more forgiving if we dine in groups of more than 5. In fact, Singaporeans eating out have been reminded that the rule of 5 still applies till 28 Dec.

In the upcoming days before then, checks will be stepped up at food and beverage (F&B) outlets across Singapore to catch those who don’t comply.

Many may wish to meet family & friends during festive period

In a press release on Friday (18 Dec), the Ministry for Sustainability and the Environment (MSE) said it understood that many Singaporeans may wish to meet up with family and friends.

Especially since it’s now the festive period, and popular places like Orchard Road will be happening, what with the annual light-up and all.

However, dining out involves “considerable risks”, the ministry said. 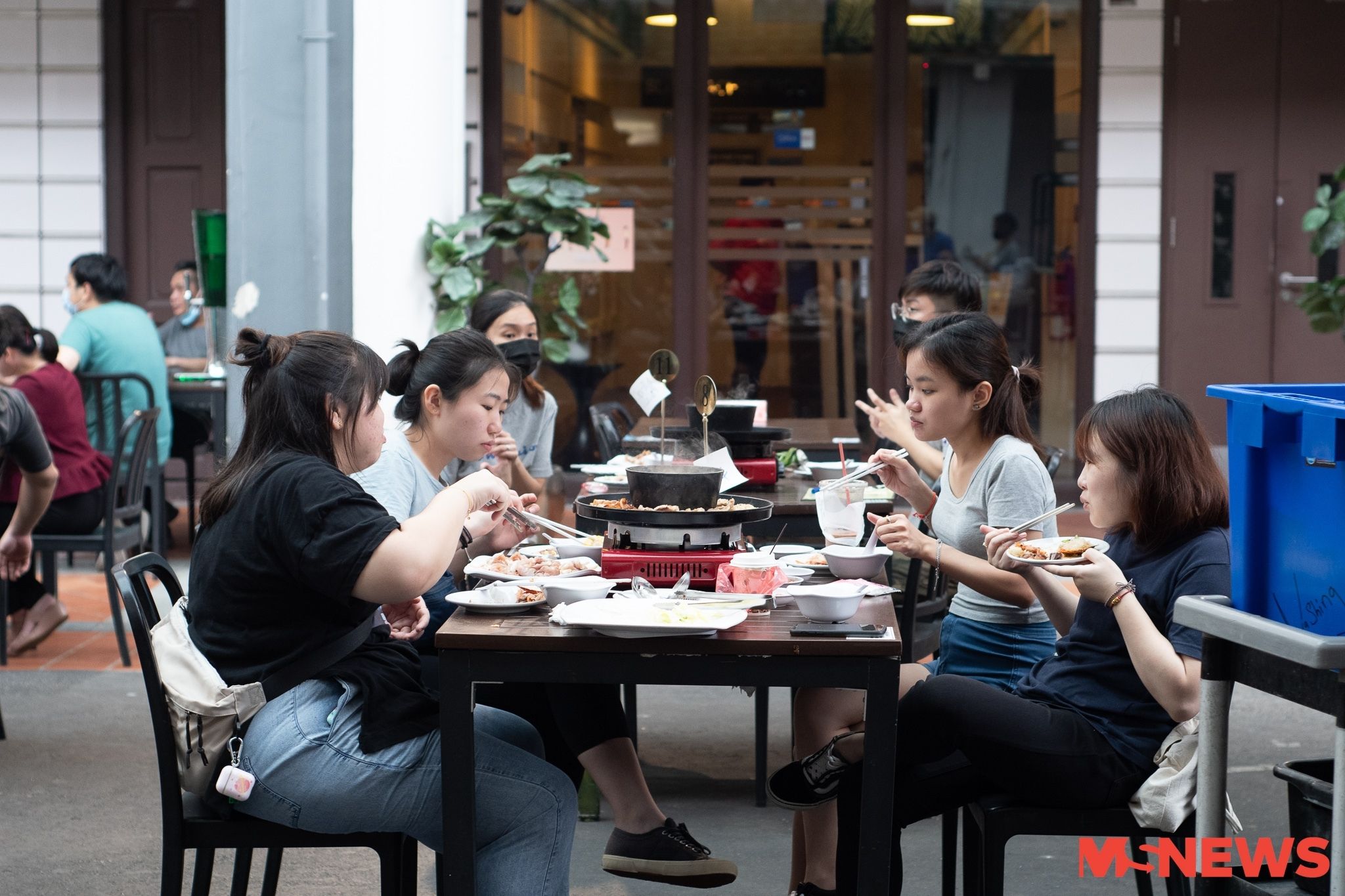 Rule of 5 still applies till 28 Dec

As such, though only about 10 days more remains of Phase 2, MSE reminded patrons and F&B outlets that the current rules must still be followed.

That means as long as it isn’t 28 Dec yet, the rule of 5 still applies.

In short, that means:

Though such rules aren’t new, and have been in force for months, MSE has still reported numerous cases of F&B outlets and patrons not following them. 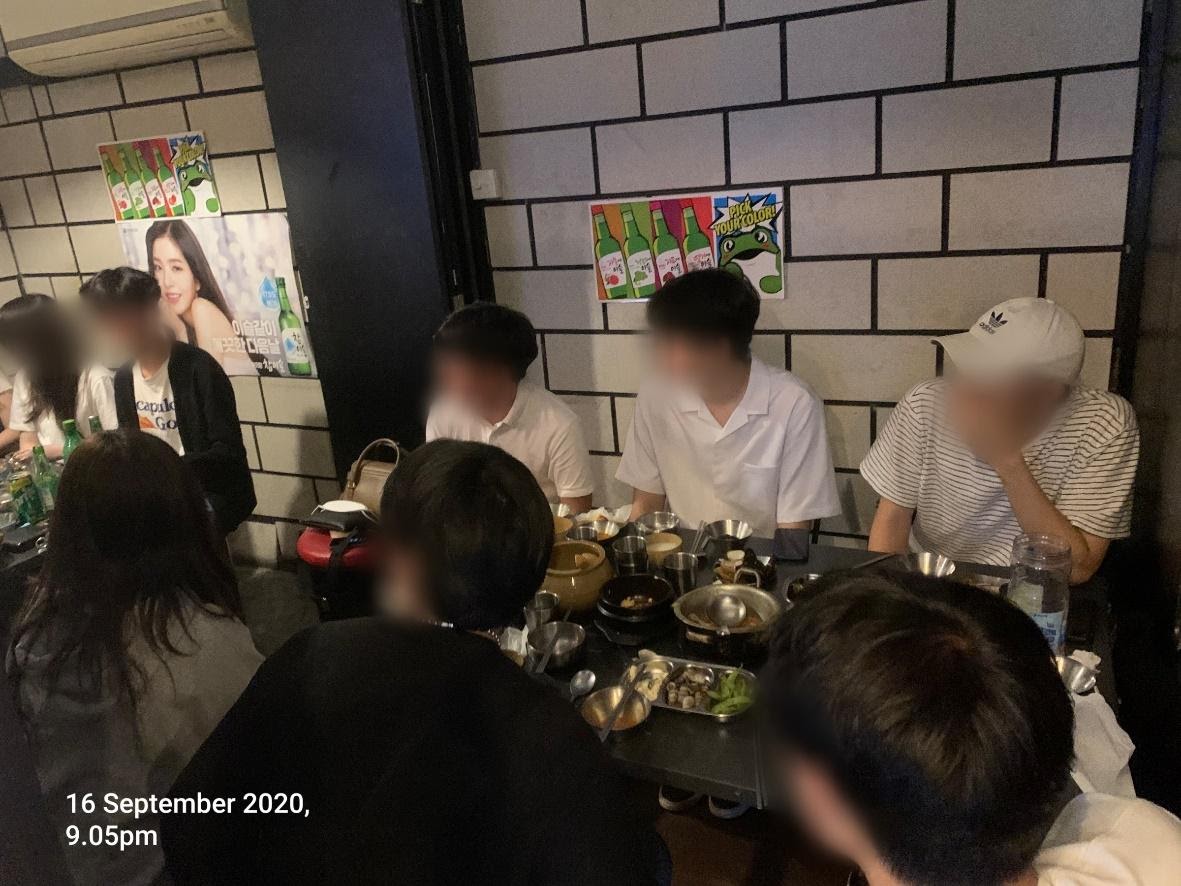 That’s why they still bear repeating even up till now.

Remain vigilant over the festive period

To protect the community from the further spread of Covid-19, MSE advised Singaporeans not to let the festivities prompt them to let their guard down.

We should still remain vigilant as the virus is still a “grave threat”, the ministry added.

Thus, enforcement checks will be stepped up during the festive season – starting from this weekend and “over the next few weeks”. 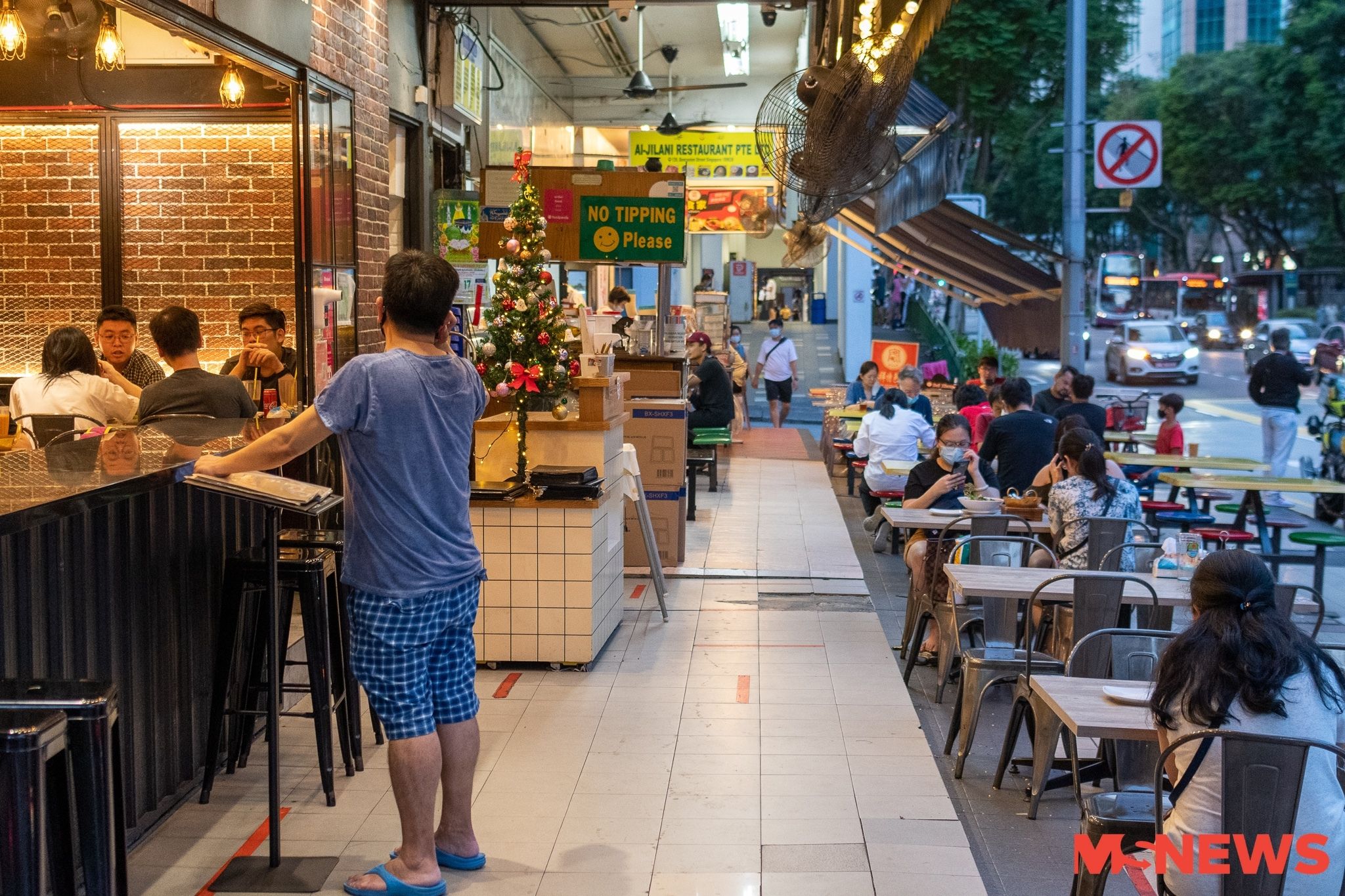 For those who’re caught disregarding safe distancing rules, whether they’re businesses or individuals, the Government will take strong enforcement action against them.

Offenders will face “prosecution to the full extent of the law” – whether that means fines or temporary closures for businesses.

In a Facebook post on Friday (18 Dec), Minister for Sustainability and the Environment Grace Fu said it’s still possible to celebrate while following the rules. 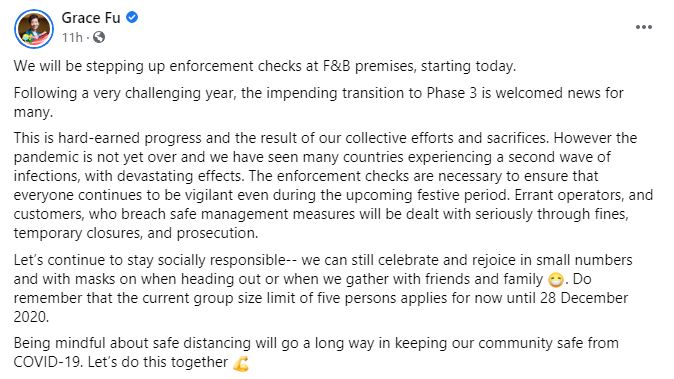 One way to do so is to rejoice in small numbers and with masks on, she added.

Warning against a 2nd wave that many countries are experiencing now, she urged Singaporeans to keep being socially responsible so as not to waste the “hard-earned progress” during a “very challenging year”.

Now that a tough year is coming to and end, do celebrate and relax with your friends and family.

However, it’s important to remember that in order for next year to be much better than this one, we should follow safe distancing measures that are designed to keep us safe.

The authorities aren’t fooling around just because the rules will be relaxed soon, and neither should you.

So let’s have a very safe Christmas and a better New Year.

Featured image from MS News and is for illustration purposes only.