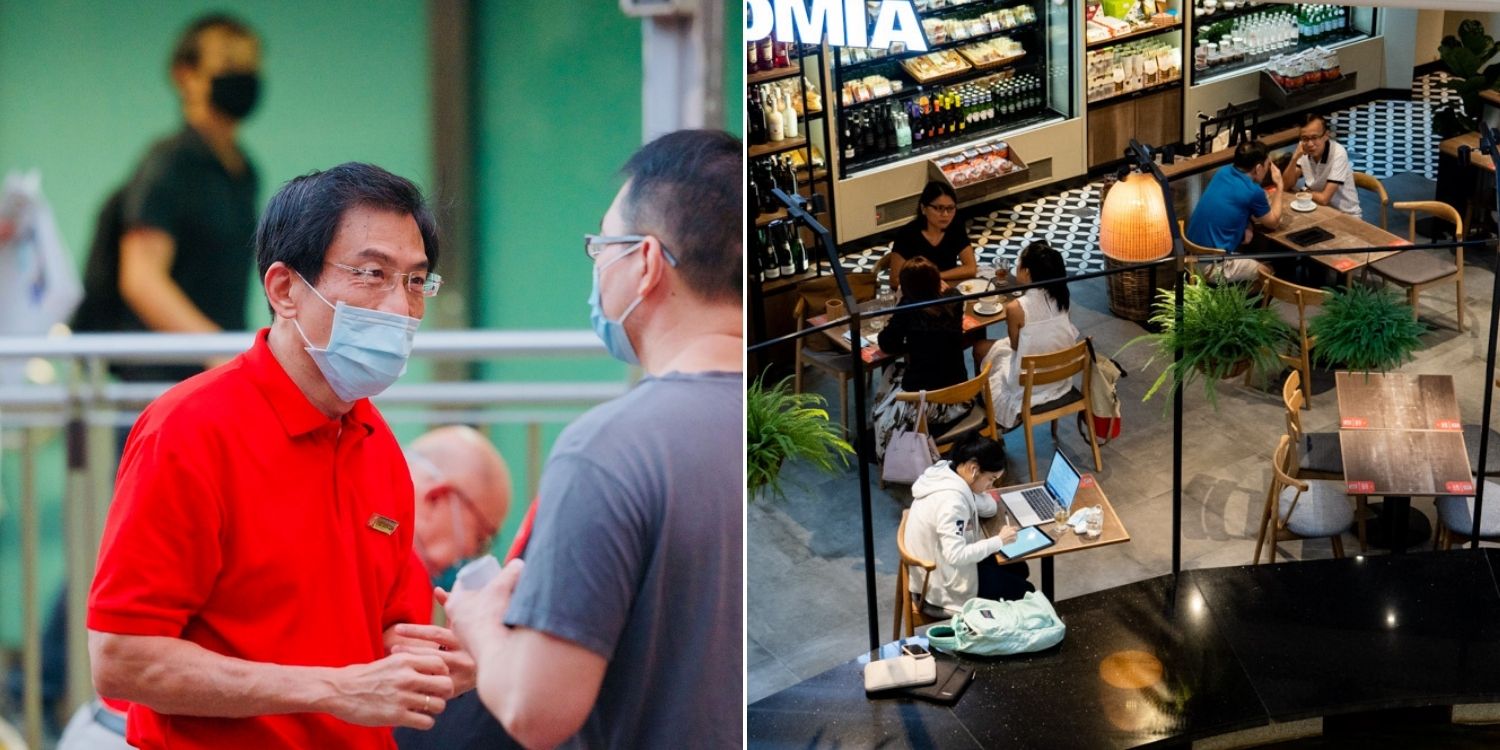 One particular omission from the recent Multi Ministry Task Force (MTF) press conference was the resumption of dining-in for families.

The news came as a disappointment to many who have probably been waiting for the chance to dine in larger groups again.

In the wake of the press conference, Singapore Democratic Party (SDP) chief Chee Soon Juan took to Facebook to express his displeasure with the decision.

He also provided reasons as to why he thinks the Government should allow families or members of the same household to dine in together.

Dr Chee believes families should be allowed to dine in together 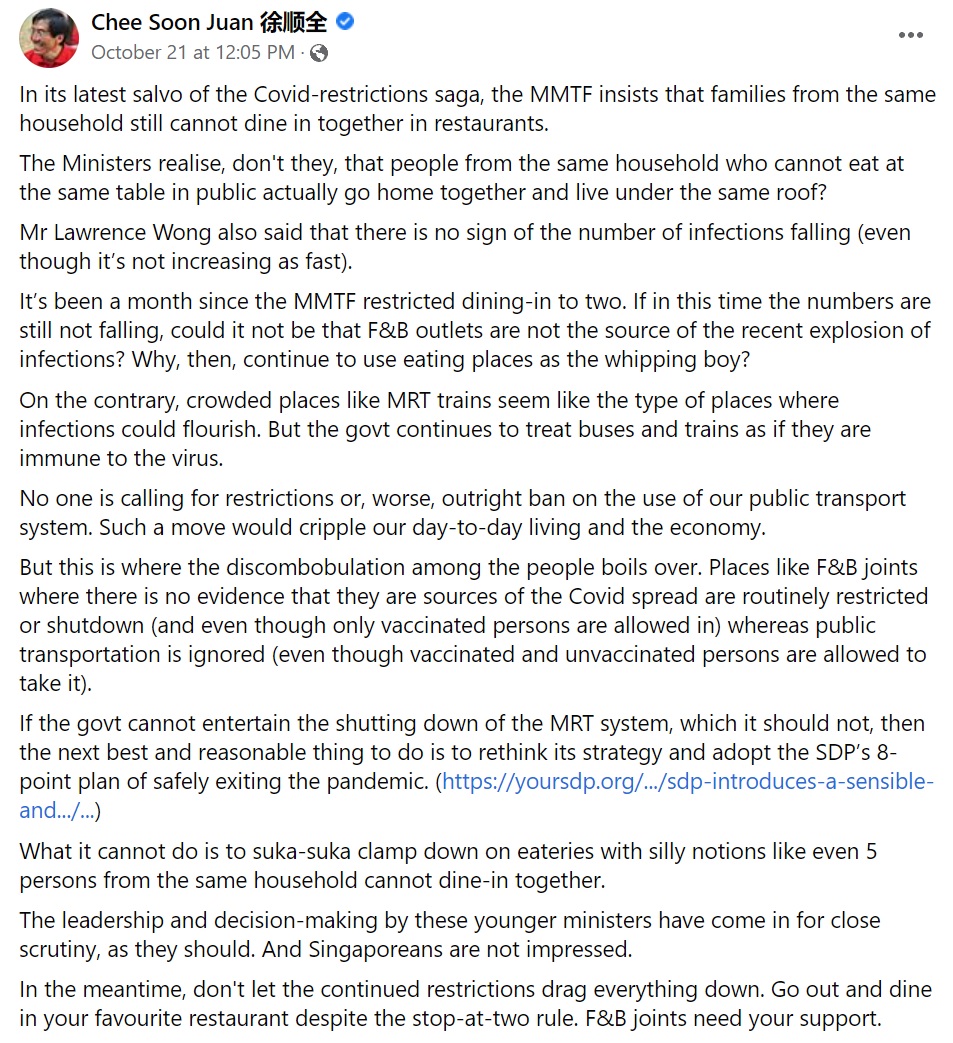 In response to Mr Lawrence Wong’s comments on the unwavering number of daily infections, Dr Chee speculated that perhaps this figure does not correlate with dine-in measures.

More pertinently, he pointed out the lack of evidence supporting the notion that F&B establishments may contribute to a spike in cases.

Moreover, Dr Chee highlighted the fact that members of the same household will return to the same place of residence anyway. Hence, he questioned the need to separate them in public.

As such, Dr Chee felt that the authorities are punishing F&B establishments unnecessarily.

Instead of eateries, Dr Chee raised the example of public transportation as a more likely infection hotspot. After all, both vaccinated and unvaccinated individuals can ride them freely.

Despite this fact, he argued that there have been no restrictions on the public transport system due to the high risk of crippling the economy and daily life.

He thus suggested adopting the SDP’s 8-point plan of exiting the pandemic.

The Government’s decisions aside, Dr Chee calls for the public to support eateries across Singapore during these tough times.

Support our economy while protecting our safety

While some of us may have our gripes on the everchanging measures, we should understand that they’re for public safety.

Since there’s a chance of them easing soon, perhaps we won’t have to live with them for very much longer.

In the meantime, let’s continue to support local businesses as much as we can.