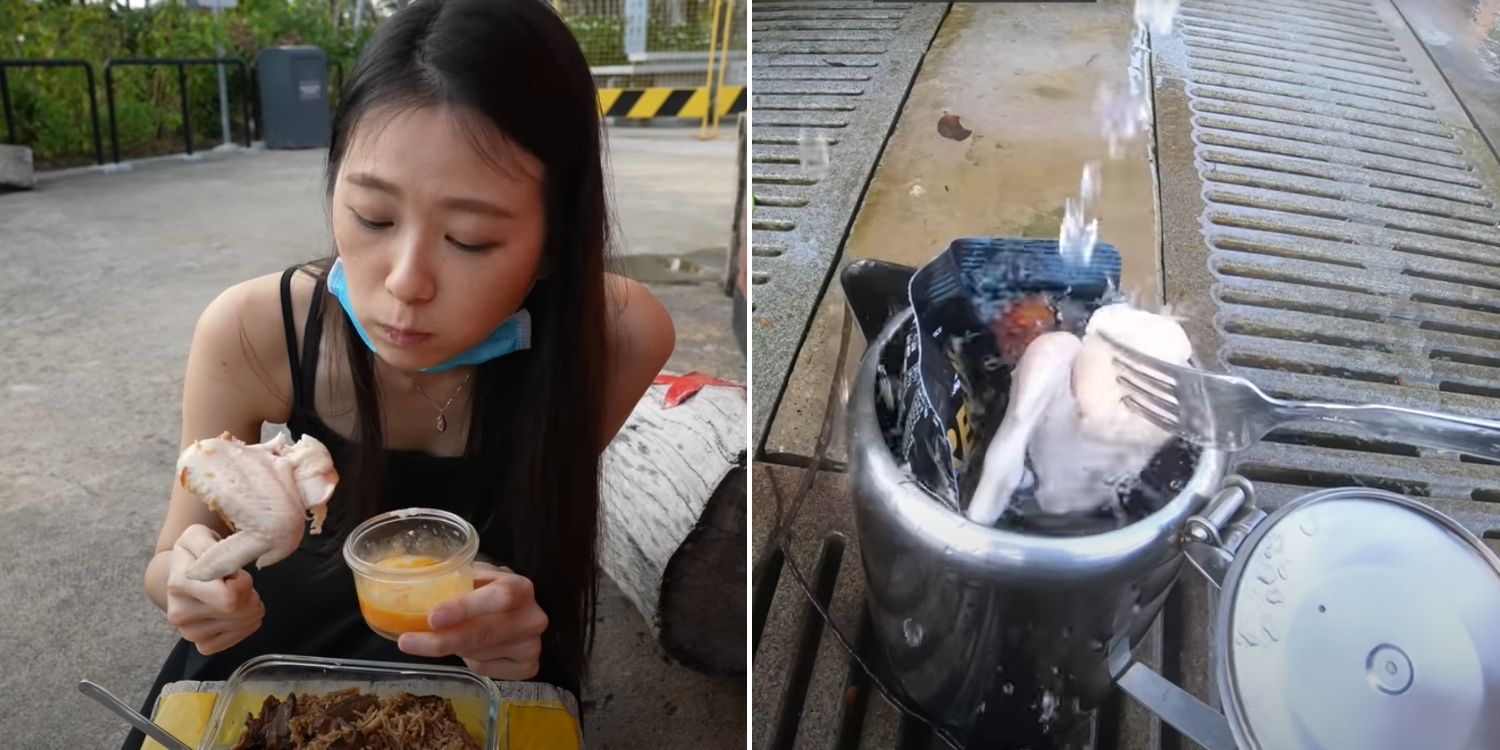 When we talk about cooking in Sembawang Hot Spring Park, onsen eggs usually come to mind.

But for Taiwanese YouTuber Angel, who’s based in Singapore, chicken wings apparently come well-done after soaking in hot spring water for an hour.

She shared her experience of cooking and eating chicken wings at the hot spring park in a video diary.

However, what she calls an “experiment” sparked an online debate, with netizens raising hygiene concerns.

On 20 Mar 2021, Taiwanese YouTuber Angel, who lives in Singapore, uploaded a video of her visit to Sembawang Hot Spring Park.

With sulfur-rich spring water going up 70°C, the park has a designated area for the public to cook onsen eggs. 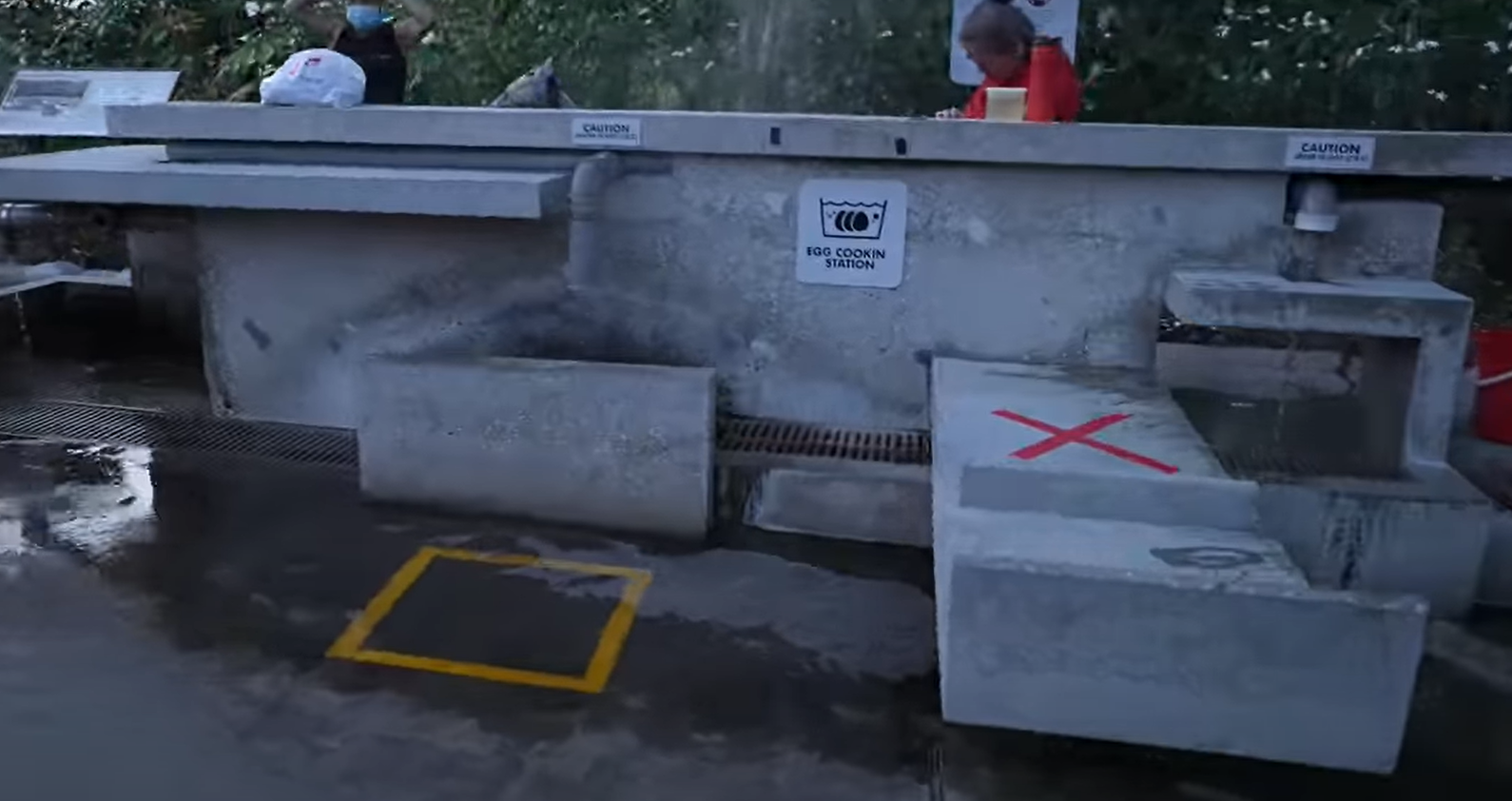 In what she calls an “experiment”, the YouTuber wants to try if the hot spring water can cook other food besides eggs, like poultry.

As such, she placed raw chicken wings alongside an egg and a bag of claypot rice in a sliver bucket she brought.

She then set the bucket under running hot spring water to let the contents soak for an hour. 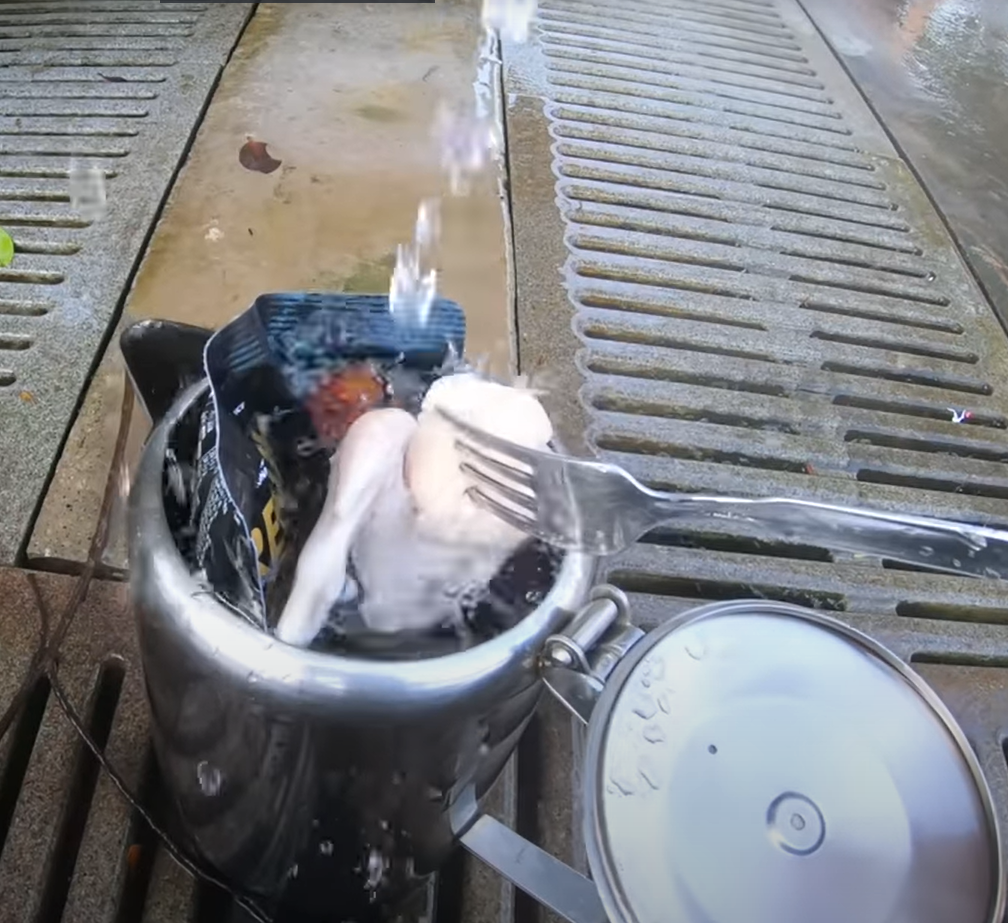 At the end of an hour, Angel retrieves the food from the bucket and finds them well-done in a pleasant surprise.

She then describes the flavour of the wing as “a bland chicken soup taste” while dipping it in onsen egg and devouring it. 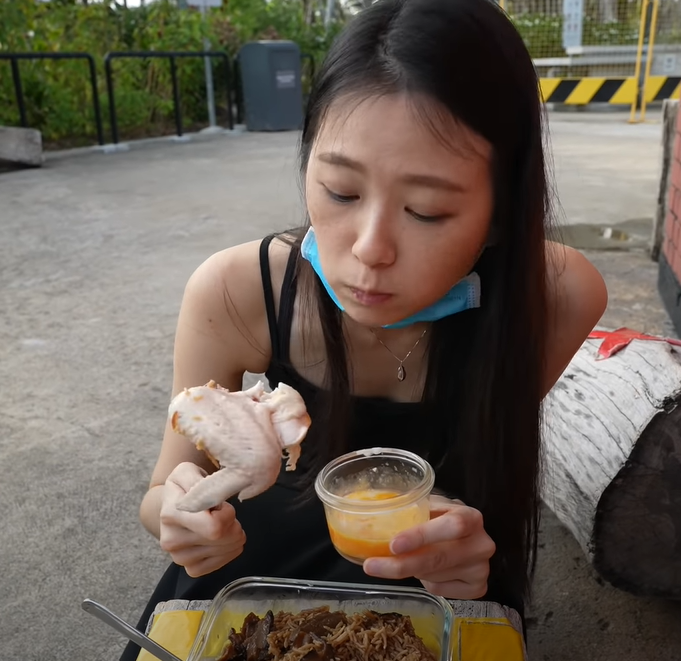 As such, she declares the “experiment” a success, concluding that “it is possible” to cook chicken with water measuring only 70°C fully.

However, in response to her video, some have questioned whether it’ll damage the water quality in the spring park.

She raises concerns over the oily water that results from cooking poultry and whether it’ll cause pollution to the park’s spring source.

Therefore, she suggests that National Parks Board (NParks) should put up notices that caution against cooking practices.

We’ve reached out to NParks for a statement and will update the article once they get back.

There’re indeed no rules against cooking other ingredients besides egg at Sembawang Hot Spring Park.

However, given the concerns raised by others, perhaps we should rethink whether it is worth it to venture into new grounds and catapult ourselves into public scrutiny by sharing it on social media.

As to whether such practices are to be condoned, the authorities should draw up specific rules and guidelines at the park.