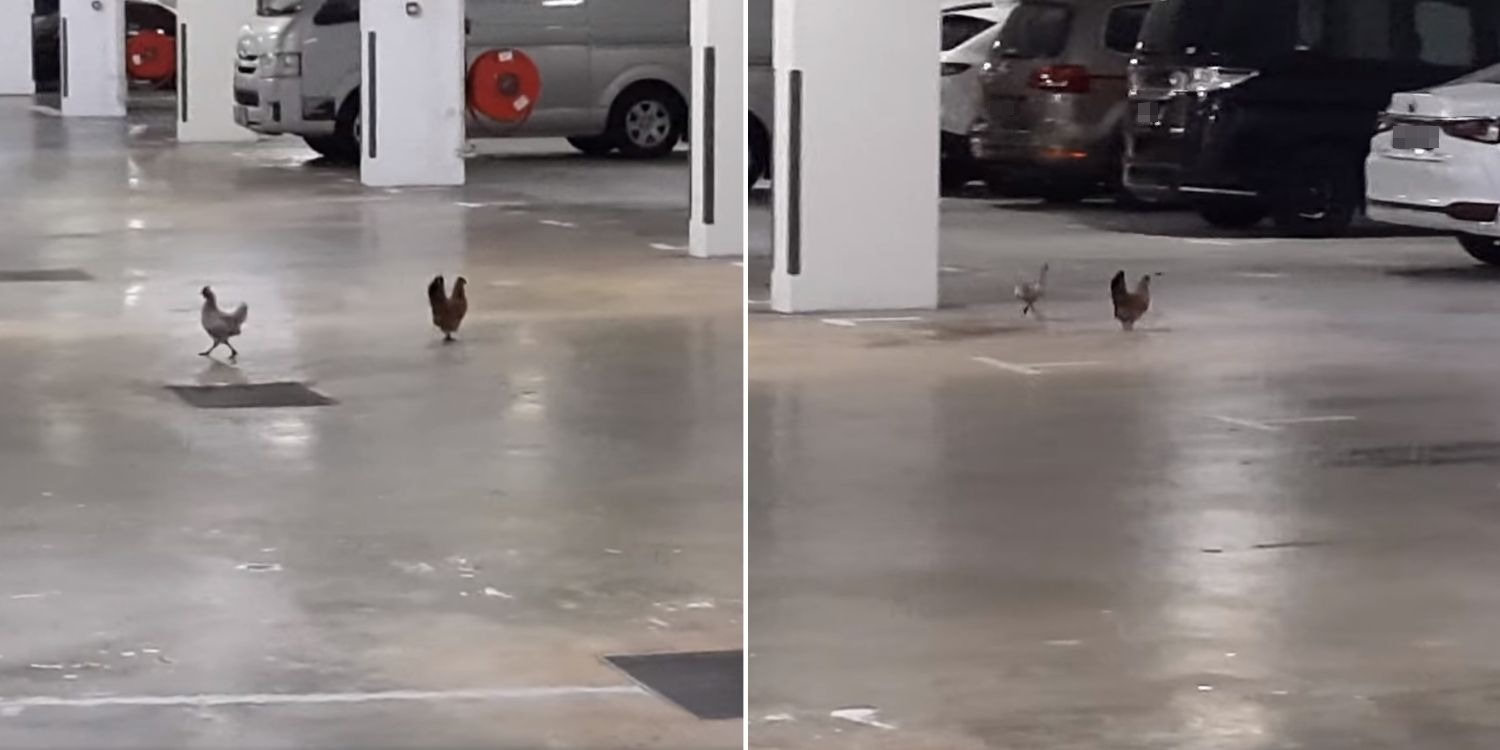 Maybe they were looking for their fowl-vo.

The term “headless chicken” describes disorderly movements, but that may not apply to these 2 chickens at a car park in Ang Mo Kio.

Seemingly knowing where they were going, they scurried about excitedly before heading towards a single direction together.

The passer-by who spotted the fowls guessed that they must live there since it was his second sighting of them at the car park.

The setting of the footage looked like an ordinary car park of a building. However, one can’t help but notice 2 chickens in the video, looking very much out of place.

Like enthusiastic little kids, the pair scurried about at first, almost in a frenzy.

Thankfully, the road was clear then, with no oncoming vehicles posing any danger to them.

As one of the chickens hurried towards a distant corner of the car park, the other followed, walking in step beside it.

The pair then assumed a more relaxed pace, as though they knew where exactly they were going.

Not the first time chickens were sighted there

Naturally, seeing the chickens in an unusual setting that’s neither a coop nor a hen house led many netizens to wonder if they could have been lost.

However, Nicholas, who apparently works at Link @ AMK where the incident happened, said that this wasn’t his first sighting of the chickens there.

He thus supposed that their nest might be somewhere in the basement car park, which could explain their seeming familiarity with the place.

Nicholas even shared photos of one chicken casually chilling by some cars, like it was no big deal that they were there. 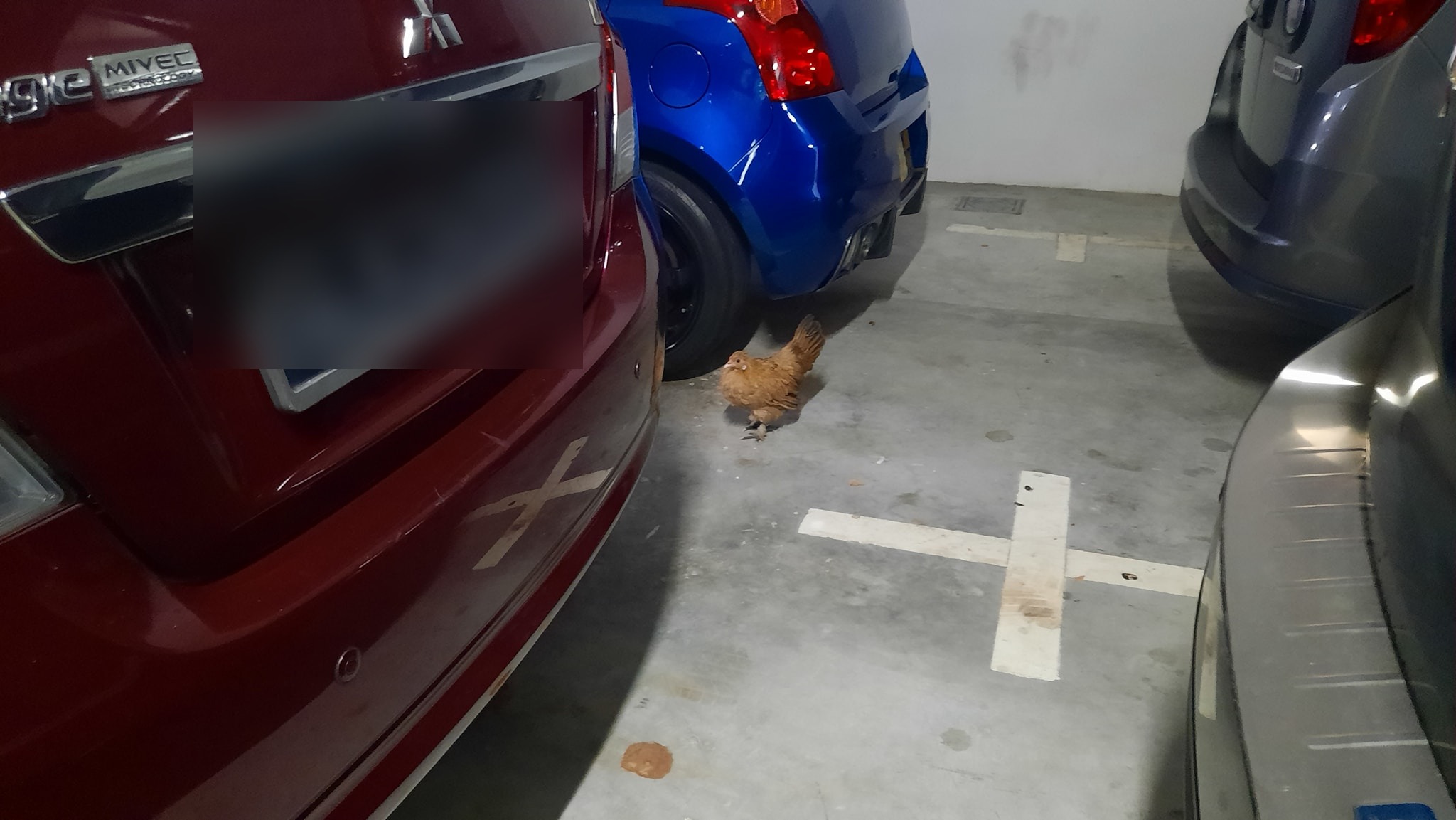 While this is a rather bizarre incident, it wouldn’t be the first time that animals have made appearances in the most unexpected places.

Even if the chickens have adjusted to living in the car park, that doesn’t mean the surroundings don’t pose a danger to them.

We hope they’ll be able to survive just fine, with enough nutrition and care.