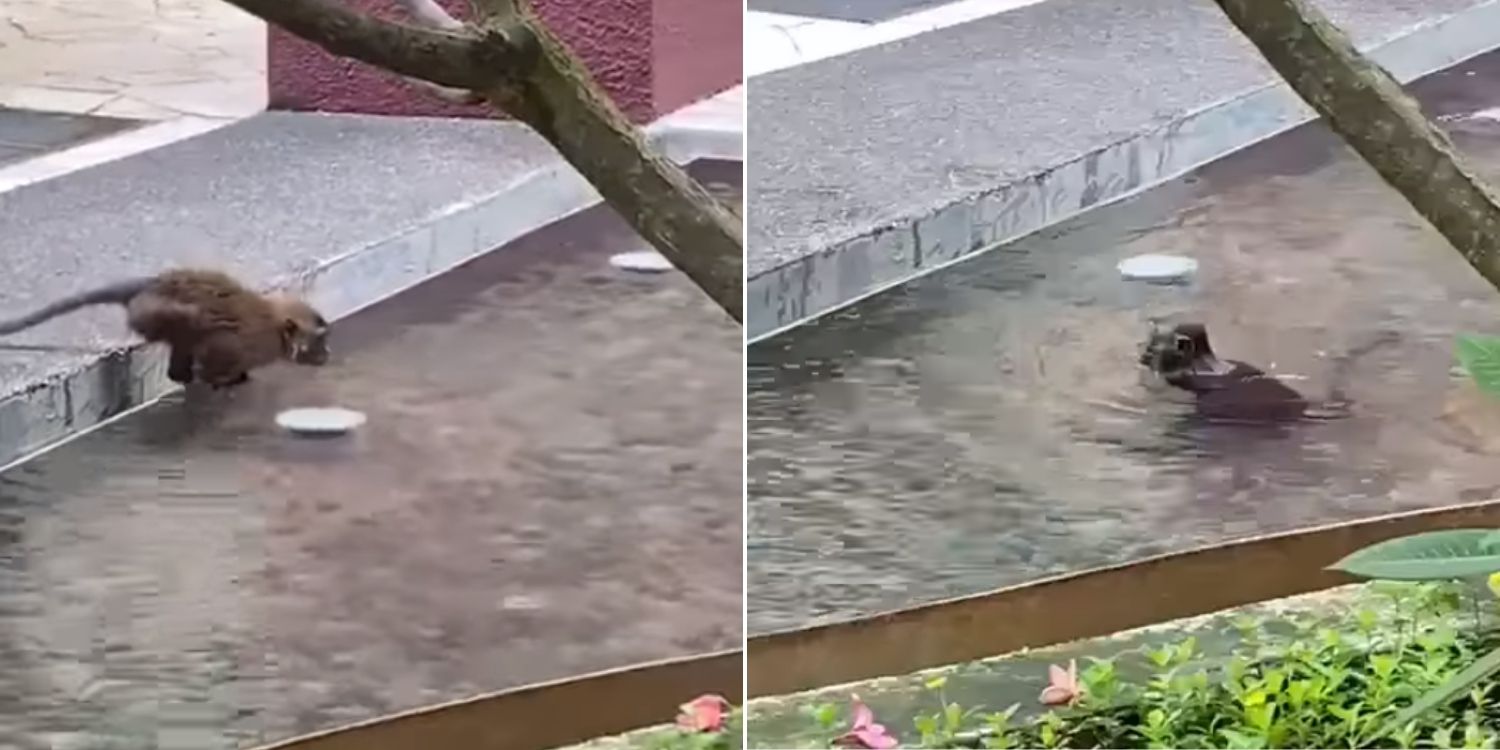 He shows off his swimming prowess in the condo pond.

Singapore has her fair share of adorable wildlife, including the ever playful little monkeys.

On Wednesday (19 May), a woman shared on Facebook about a monkey that apparently visits a condominium at Jurong to take a swim every day.

And it seems the little one is quite the athlete with its smooth and quick strokes. 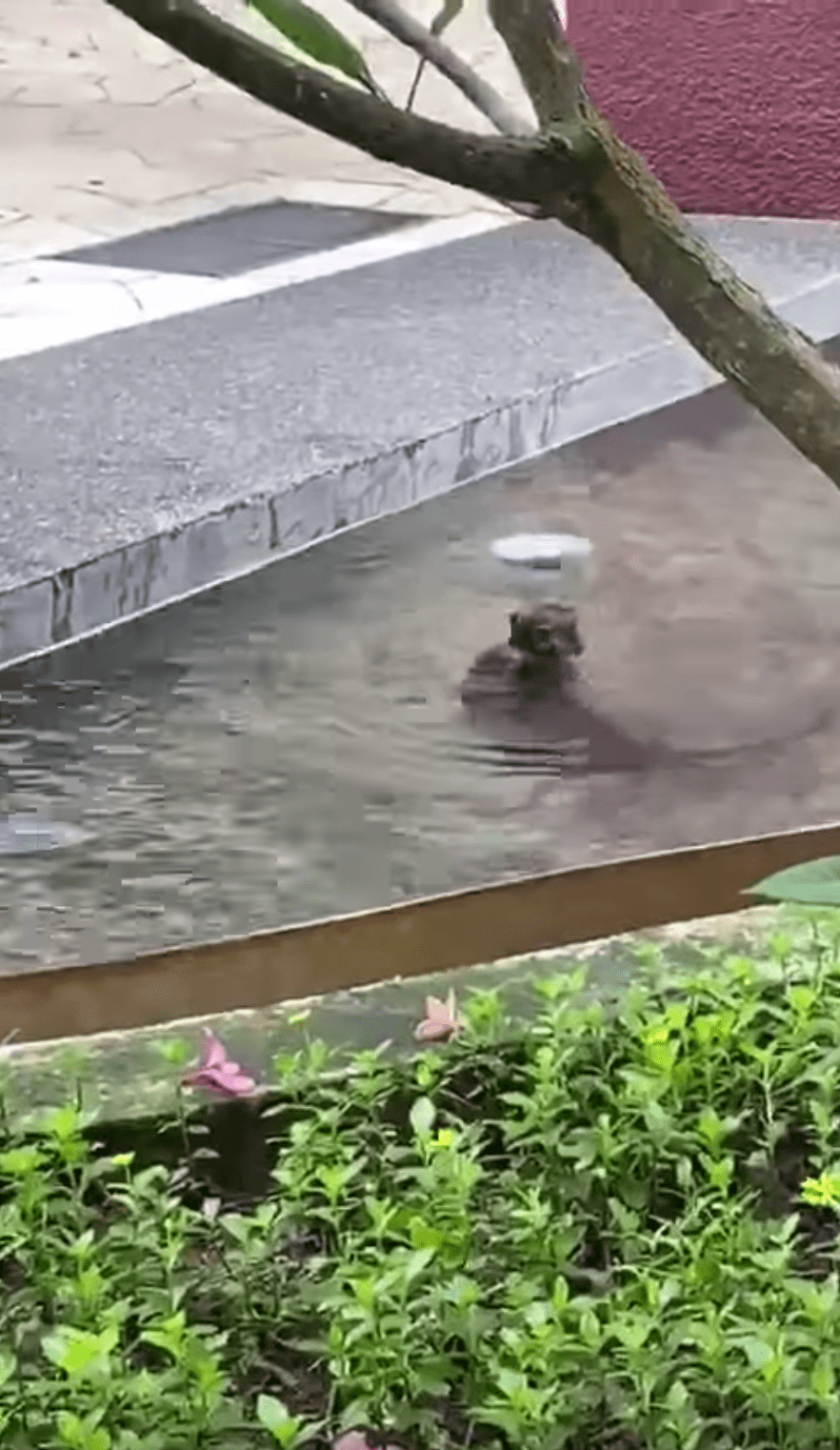 Some netizens even joke that the monkey might be training for the Tokyo Olympics this year.

Monkey swims at Jurong condo & shows off its abilities

On Wednesday (19 May), a resident at The Floravale condominium shared that a little monkey has been visiting the place almost daily to take a dip in the pond.

In the video, the monkey can be seen cannonballing into the pond, much like an excited little kid.

He then smoothly glides underwater for a while before playfully rolling about in it.

After a short swim, he comes up for a breather.

As if suddenly realising he’s “trespassing” into the condominium, he makes furtive glances around, checking to see if anyone has seen him.

Seemingly satisfied that no one is after him, he ducks back down into the water.

That’s when the primate shows off his swimming prowess, swiftly kicking his legs and propelling himself forward.

Dries off on nearby tree

After a short swim, the monkey decides he’s had enough for the day and leaps up onto a rock, shaking himself dry.

He then nimbly makes his way up a tree.

Still dripping wet, he chills on a tree branch, cooling off from his exercise for the day. 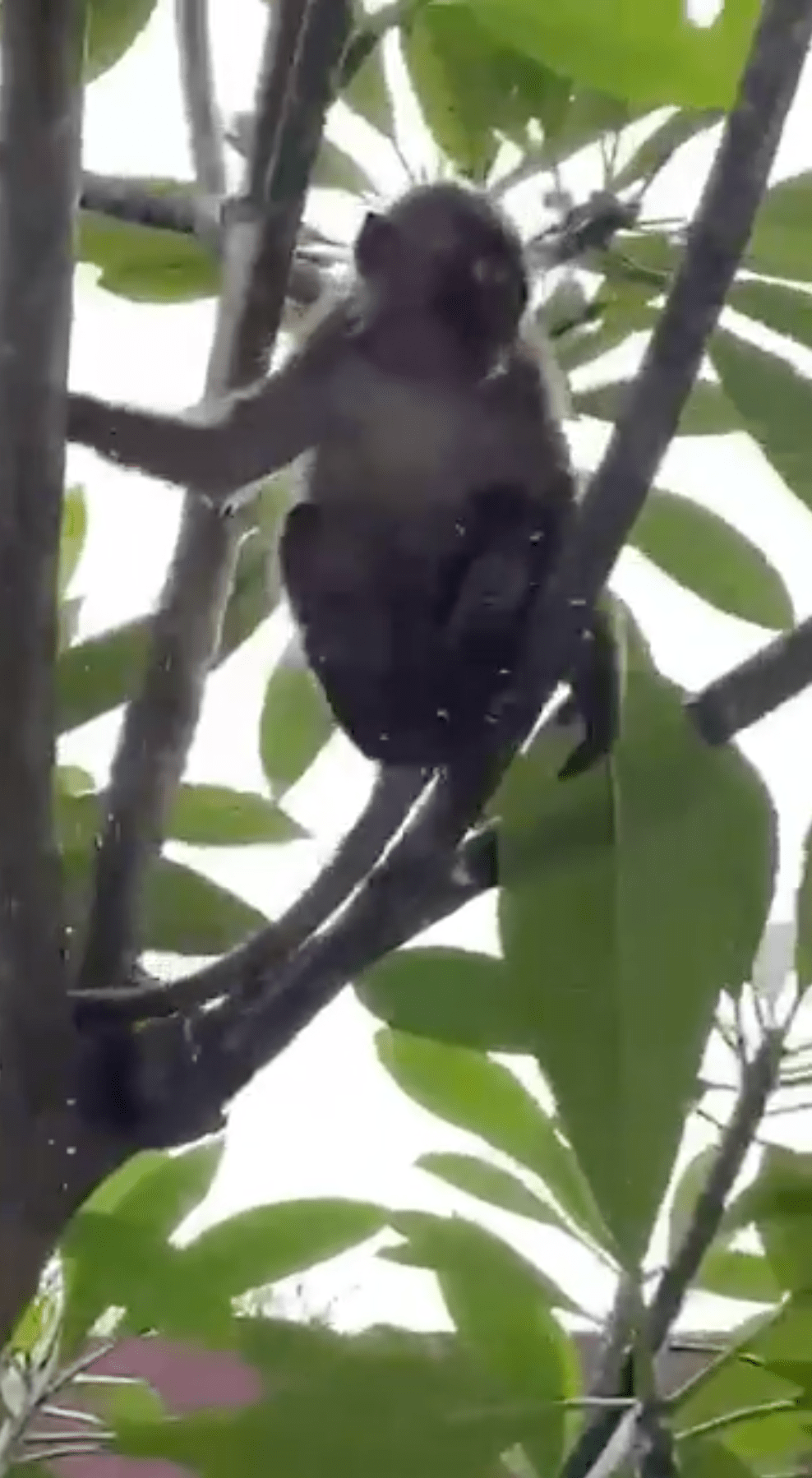 Netizens were amused by the sight of the monkey swimming, with many even joking that it was ‘training’ daily in preparation for the Olympic games.

And it seems he can even be a strong contender at the games, impressing many with his swimming abilities.

Seeing the monkey swimming in a condominium, this netizen also expressed that nature is beautiful and she hopes we can learn to co-exist with these creatures.

It must be fun to have such an adorable regular visitor at your residence.

Living alongside wildlife like monkeys is certainly fascinating, but do remember that they can be unpredictable.

So, if you catch sight of them, make sure to keep your distance and never leave food or your belongings lying around.

They are, after all, incredibly intelligent and sneaky creatures.