Lack of SafeEntry and TraceTogether.

NTU Bakery ‘Reports’ Bread Theft By Monkey On 8 May

Monkeys are known for their mischievous behaviour, and aside from their similarity to primates like us, they also interact with their urban jungle in interesting ways.

Money, it appears, isn’t a concept that this monkey at Nanyang Technological University (NTU) is too familiar with.

A video posted by a Redditor shows one of these monkeys entering a bakery and brazenly walking out with a loaf of bread.

Redditors in the comments then joked that it was the “stole breadwinner” of its family.

The incident was posted to Reddit by user driedmelon on Saturday (8 May).

It took place at Bakery Cuisine in NTU, which is located at the North Spine.

The monkey begins by stopping for a moment outside the bakery. 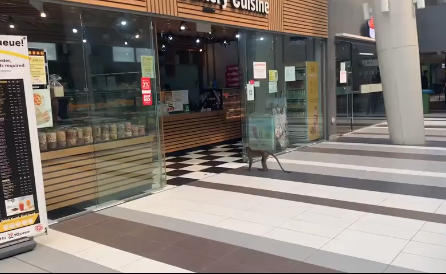 With a deft leap off the ground, the monkey makes his stealthy entrance into the bakery.

Curiously, once it set its mind to the task, it looks like it came in with a purpose — no hesitation whatsoever.

Just look at that hang time. 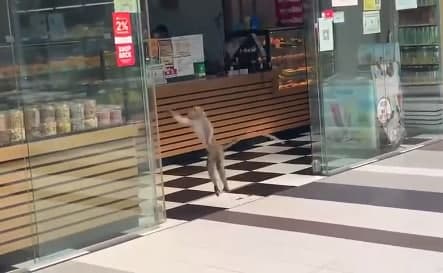 And without SafeEntry either, but that’s probably not the most egregious offence.

Once the monkey manages to scale the shelves, it reaches the shelf with the desired yeasty treasure.

Reaching out, it hits upon a particular loaf and grabs it.

At this point, a bakery employee walks out from the back but appears powerless to stop what’s unfolding before them, merely frozen in sight. 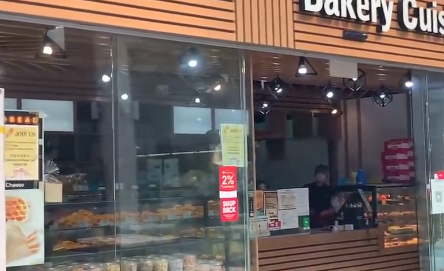 And we can’t really blame them — the sight is surreal enough to paralyse all but the most prepared. 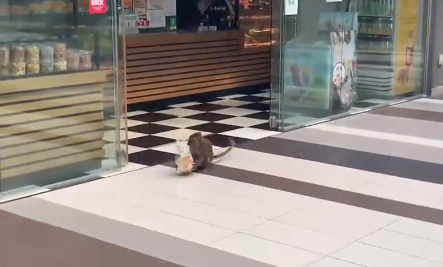 The theft complete, the monkey jumps back to the ground and with the bread package in its mouth, scurries away. 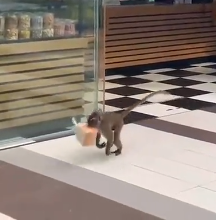 A successful heist, if not for the video evidence.

Armed with the ever-present wit of the Redditor, they soon spun up puns about the monkey heist — which is perhaps also a play on the Netflix series ‘Money Heist’.

In a successful riff of each pun, the Redditors managed this beautiful sequence.

Others also noticed the seeming lack of SafeEntry, leading some to conclude that the monkey used TraceTogether.

Apparently, the monkeys are a regular fixture at the university and up to plenty of monkey business.

Hopefully, the monkey won’t be back for more and that it manages to find other means of food.