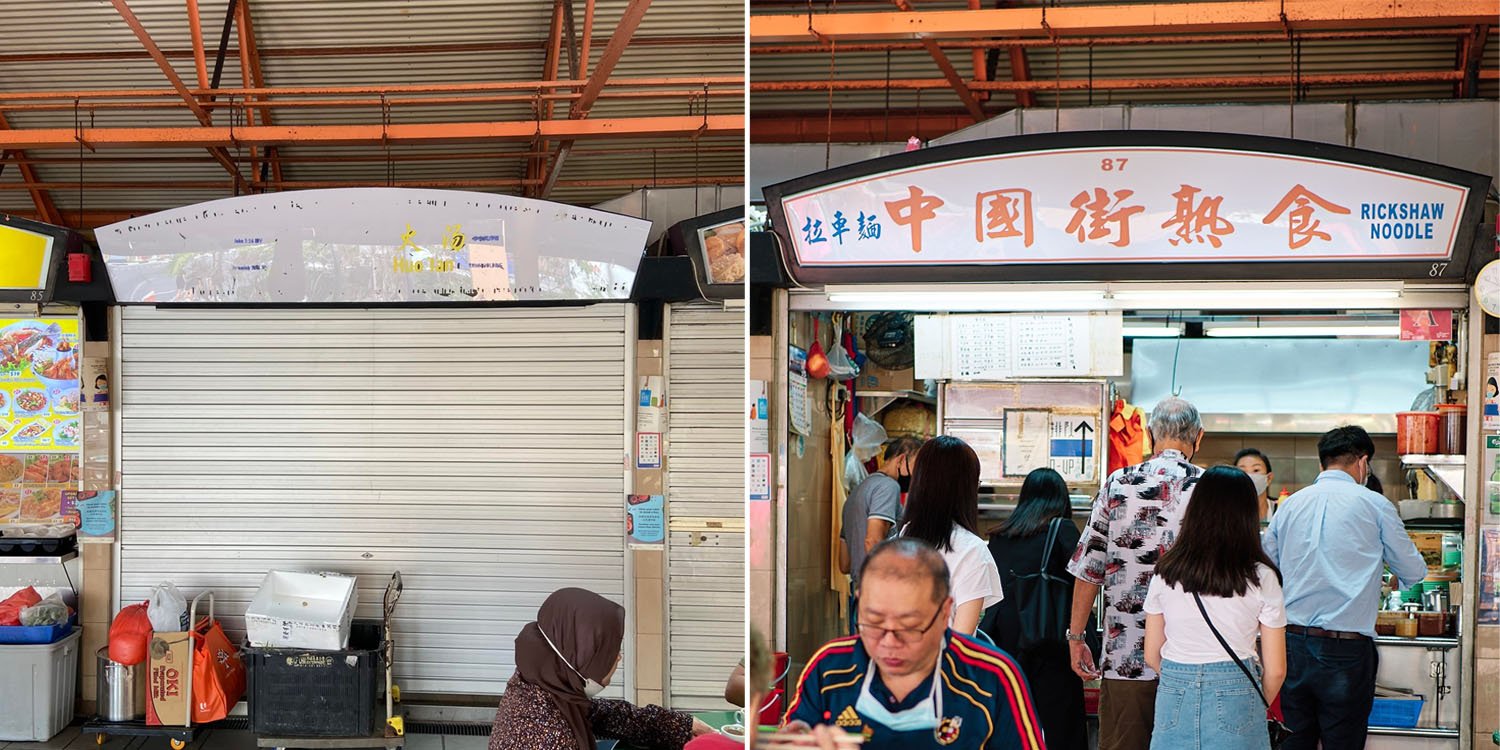 The stallholder realised that she couldn't cook noodles as well as she used to after the injury.

Maxwell Food Centre is home to an array of hawker gems, such as China Street Rickshaw Noodles (中国街熟食), which has been around for nearly 80 years.

However, the legendary stall has reportedly shuttered for good after the stallholder, Madam Soh, fell and injured her hand three months ago. Despite giving herself time to rest, Madam Soh found that she couldn’t cook noodles like before and decided to close the business.

Before the closure, the iconic stall was famous for its S$1 rickshaw noodles or la che mian (拉车面).

Last Sunday (19 Jun), netizen Larry Lai shared a peculiar image of an empty stall’s front with the caption, “The stall is no more”. The stall in question was none other than China Street Rickshaw Noodles at Maxwell Food Centre. In the accompanying post, Mr Lai shared that the stallholder, Madam Soh, had decided to call it quits and recently returned the space to the National Environment Agency. 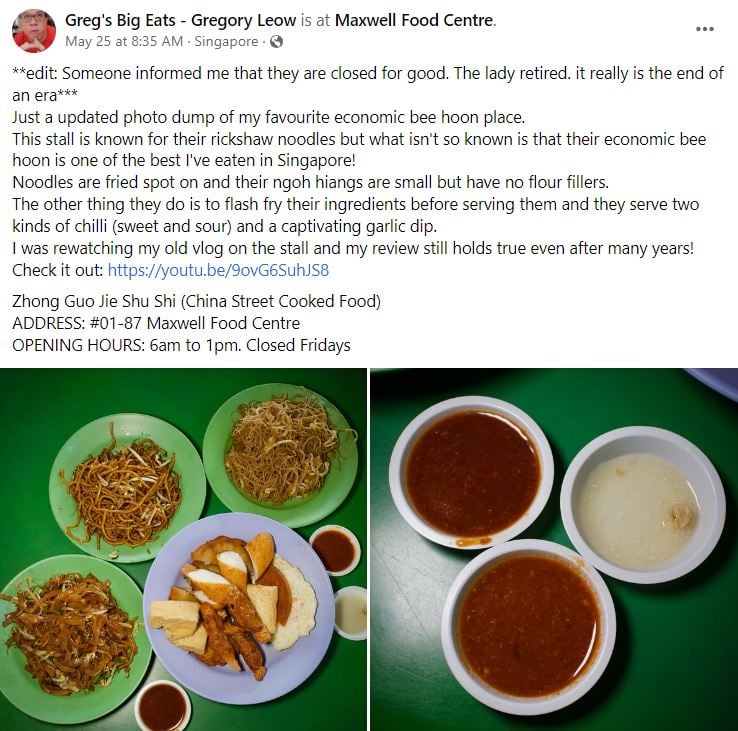 While there wasn’t much information about the stall’s sudden closure, Shin Min Daily News reported on Thursday (23 Jun) that the 77-year-old stallholder suffered a fall about three months ago.

Even after a period of recovery, Madam Soh reportedly found that she couldn’t cook noodles like she used to.

After considering her elderly age, she made the difficult decision to wind the business up.

Speaking to a fellow Maxwell hawker, Shin Min Daily reported that Madam Soh’s daughter had no intention of taking over the business and advised her mother to sell the recipe.

However, the elderly woman was purportedly not keen on doing this as she was worried that others would not be able to master it.

Known for their S$1 rickshaw noodles

China Street Rickshaw Noodles was, as its name suggests, famous for its affordable and tasty rickshaw noodles. Prices start from just S$1 per bowl. The stall has been around since the early 40s. A 76-year-old retiree who patronised the stall since young said they had fond childhood memories of the stall, adding that the closure was a shame.

Apart from rickshaw noodles, the stall’s economy noodles and bee hoon were quite the draw. 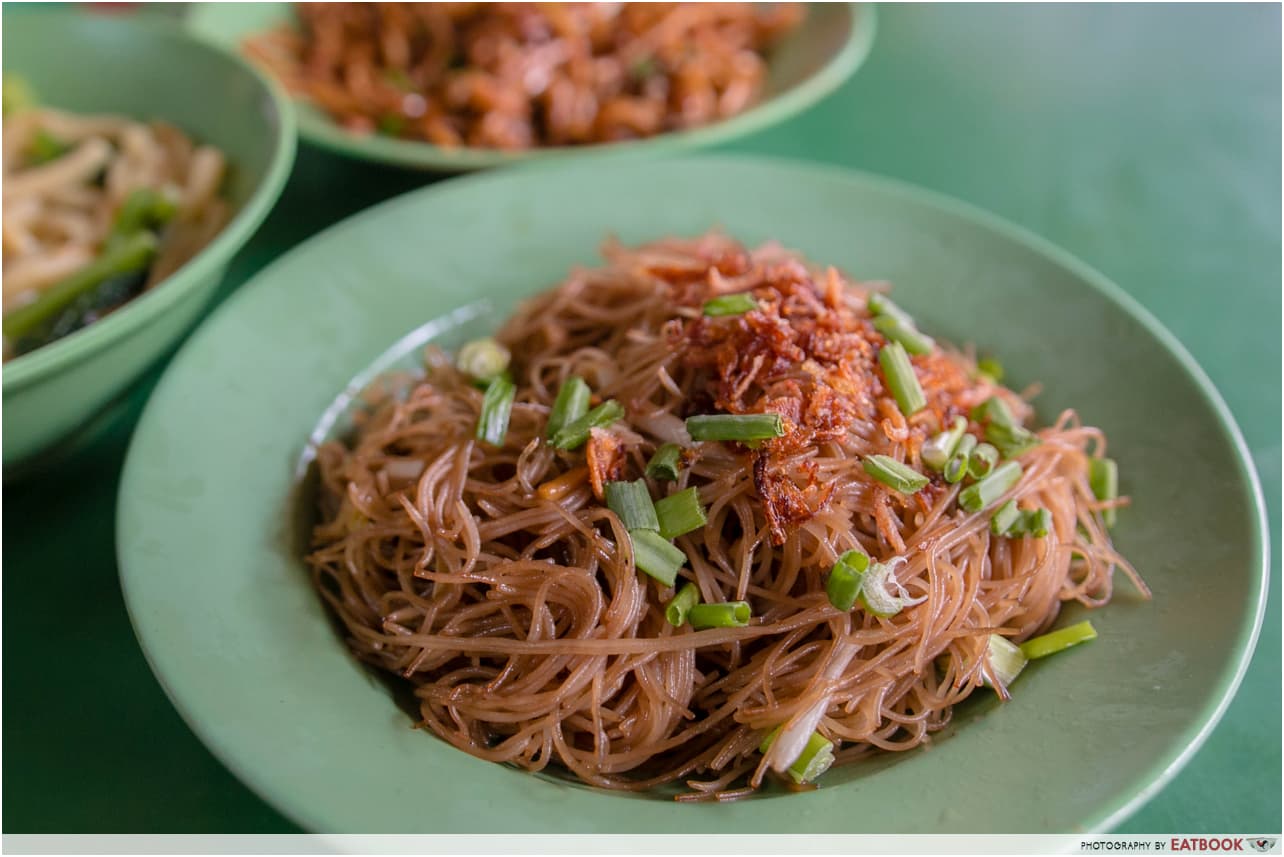 A timely reminder to cherish our favourite hawker stalls

As the years go by, it’s only natural for some old-school hawker stalls to fade with time.

However, it’s not often that we come across a stall with nearly a decade of history.

We hope the closure of this iconic stall serves as a reminder for us to cherish our beloved hawker stalls — it’s impossible to predict when or if they will close for good.

If you have any fond memories of dining at China Street Rickshaw Noodles, do share them in the comments section below.