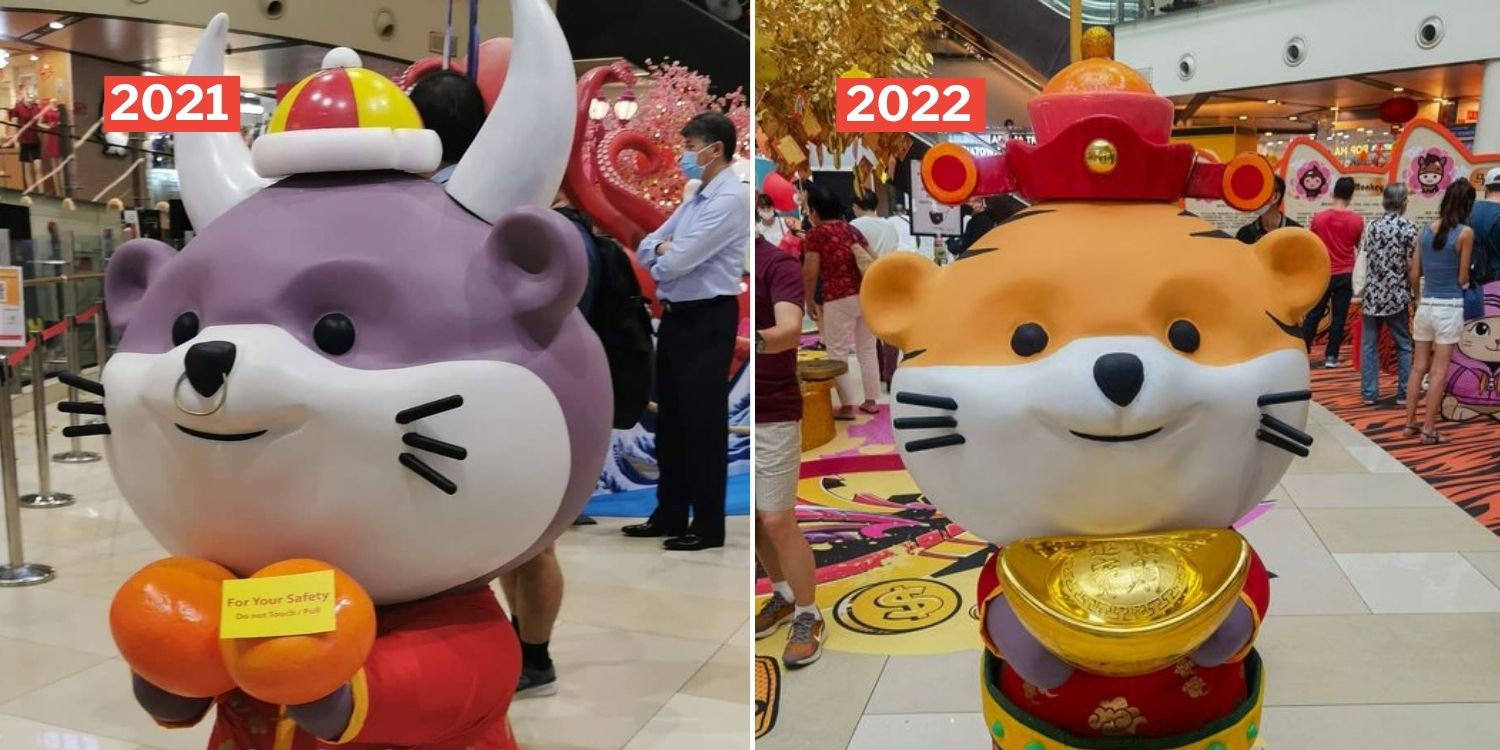 Chinese New Year (CNY) is upon us once again, and one of the delights of the season is gazing at the festive decorations.

However, every year there’s always something about them that raises questions among netizens.

This year, Chinatown Point has an adorable-looking animal that appears to be a tiger, which would be apt for the coming Year Of The Tiger. The thing is, just last year, the mall had a similar statue that was supposed to be an otter with a pair of horns. 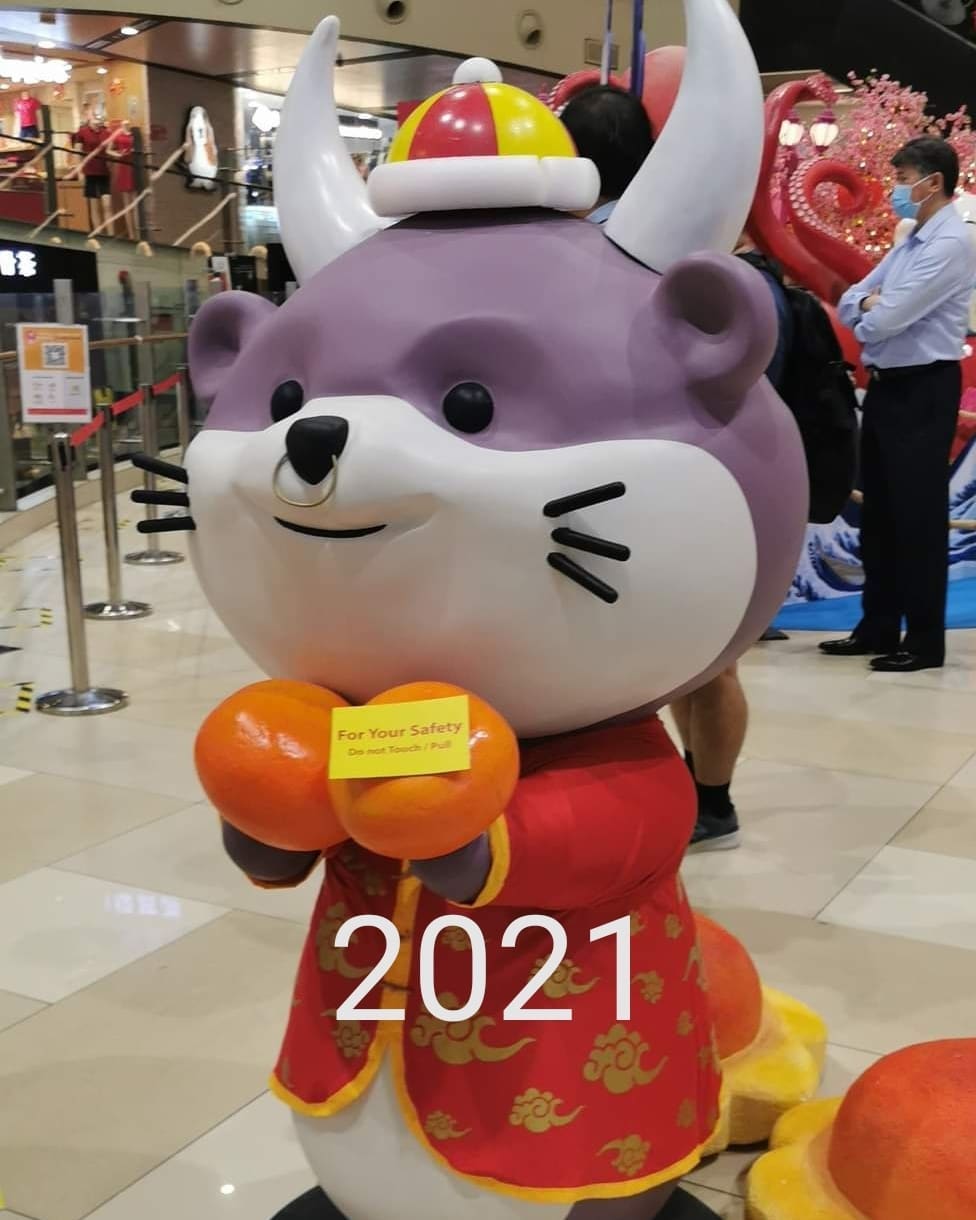 Just like last year, though, netizens still thought it was a rat.

‘Tiger’ one of the cutest decorations

If you’re in Chinatown for CNY, don’t forget to check out Chinatown Point, which is all decked out for arguably its most important festival. 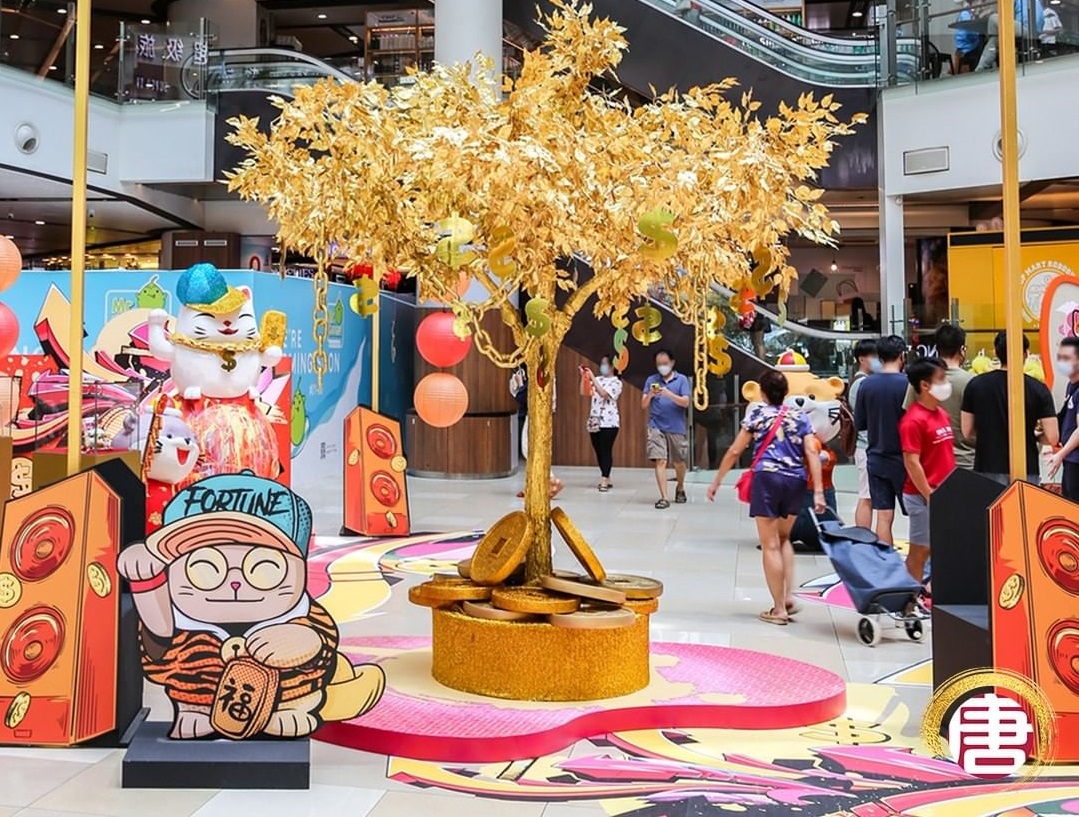 While there are many cute animal decorations to look at, the cutest may be this tiger. 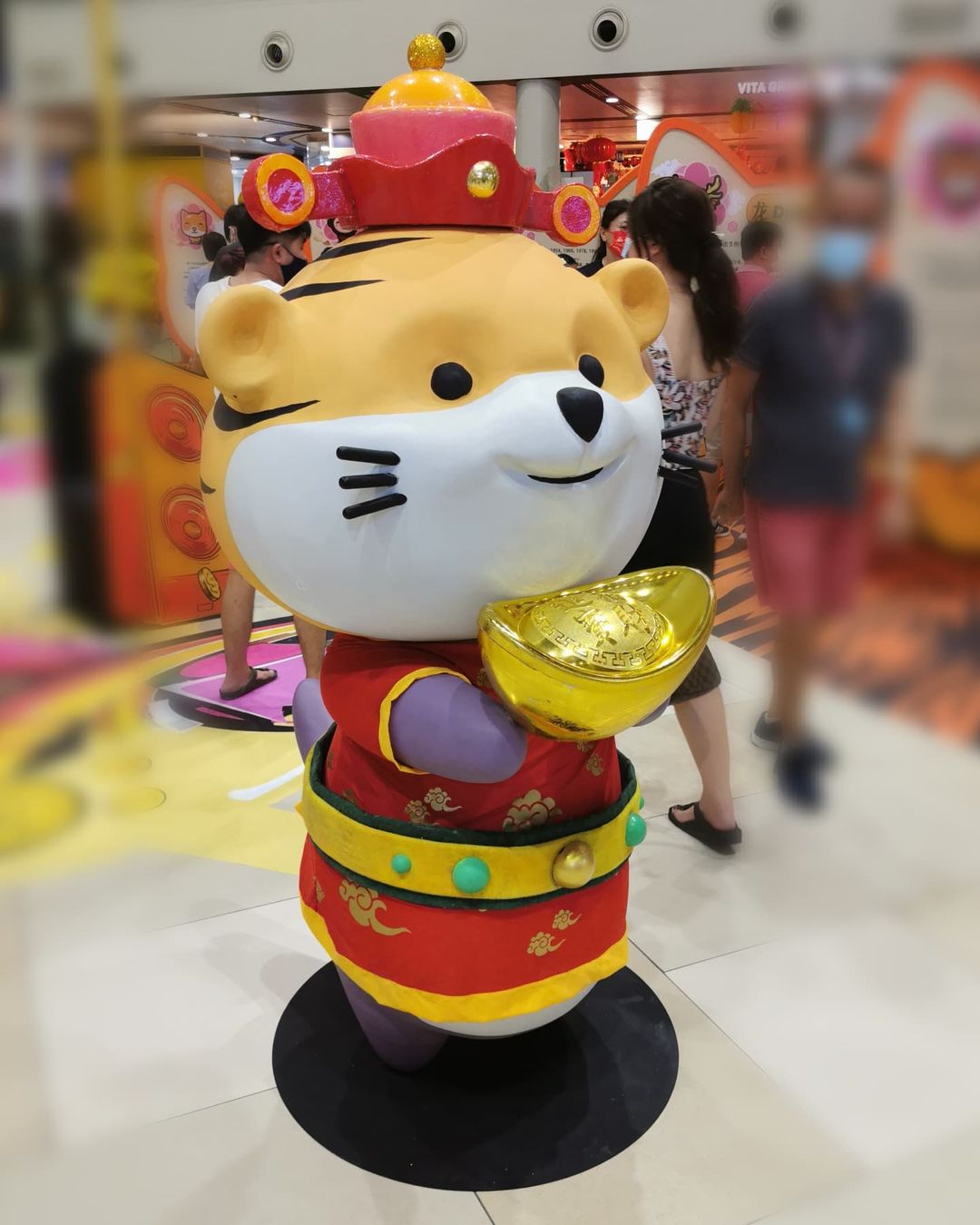 But if you visited the mall about 1 year ago, you might find this cute critter familiar.

In CNY 2021, which was the Year Of The Ox, the mall also had cute decorations that looked remarkably similar to this year’s.

From the button eyes and mouth with slight grin, to the whiskers – 3 on each side – they could be twins. 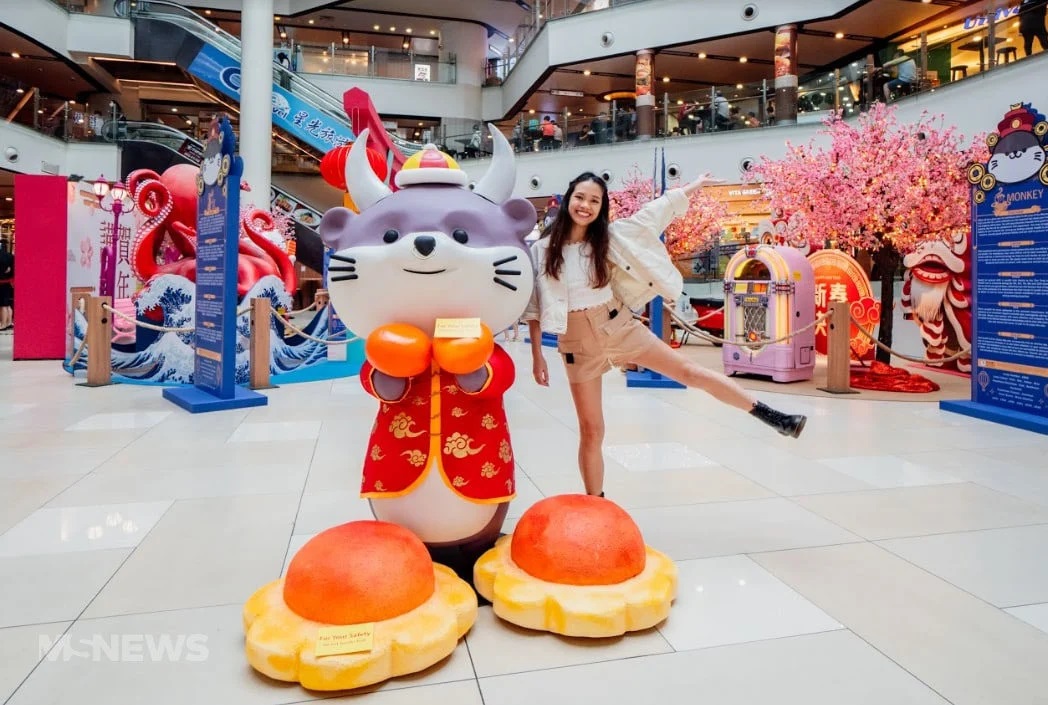 The difference was that 2021’s statue had 2 horns on its head and a nose ring.

This year’s statue, on the other hand, is orange instead of grey, and has stripes.

They were otter statues

After much speculation, Chinatown Point revealed last year that the animal in question was an otter.

According to our colleagues at TheSmartLocal, Singapore’s well-loved semi-aquatic animals took centre stage at the mall in CNY 2021.

Chinatown Point reportedly wanted to inject some local flair into their CNY celebrations as they are one of Singapore’s favourite animal residents.

However, netizens at the time said they looked more like rats dressing up as oxen. 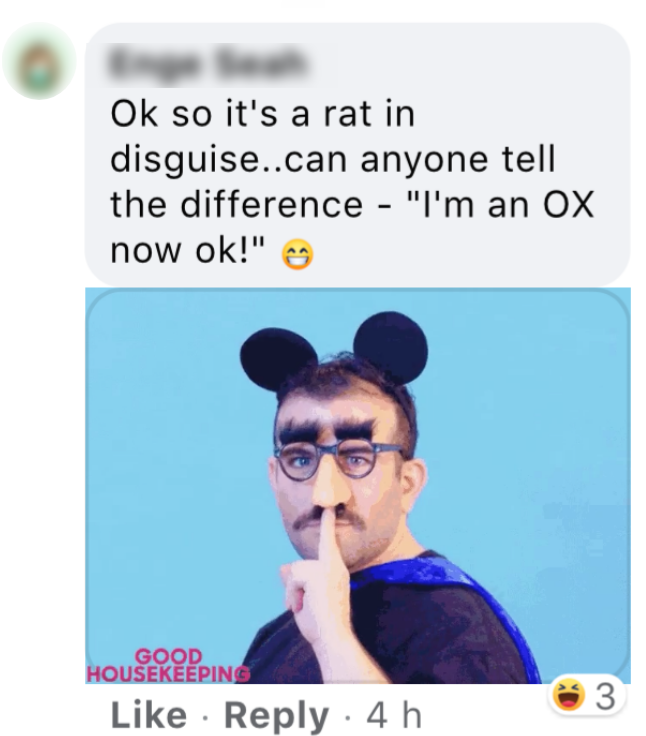 This year, despite the orange-coloured revamp, netizens are unfortunately saying the same thing.

One said he couldn’t tell whether it was a tiger or a rat.

Another declared that it was a rat dressed up as a tiger.

Making reference to last year’s get up, a netizen spoke for the animal, saying previously people laughed at it for being a rat dressed as an ox, but now it’s actually revealed to be a tiger.

In actual fact, she noted, it’s an otter.

What are they actually supposed to be?

Chinatown Point hasn’t clarified yet whether this year’s decorations are supposed to be otters or not – i.e are they otters dressed as tigers?

Or are they supposed to be tigers that happen to look like otters?

Whatever the animals are supposed to be, it seems nobody can stop them from looking like rats.

Kudos to the mall, though, for showing us how to recycle decorations in the name of sustainability.

Perhaps we’ll have to wait till the next Year Of The Rat comes around in 10 years before they finally look like they’re in the right place.