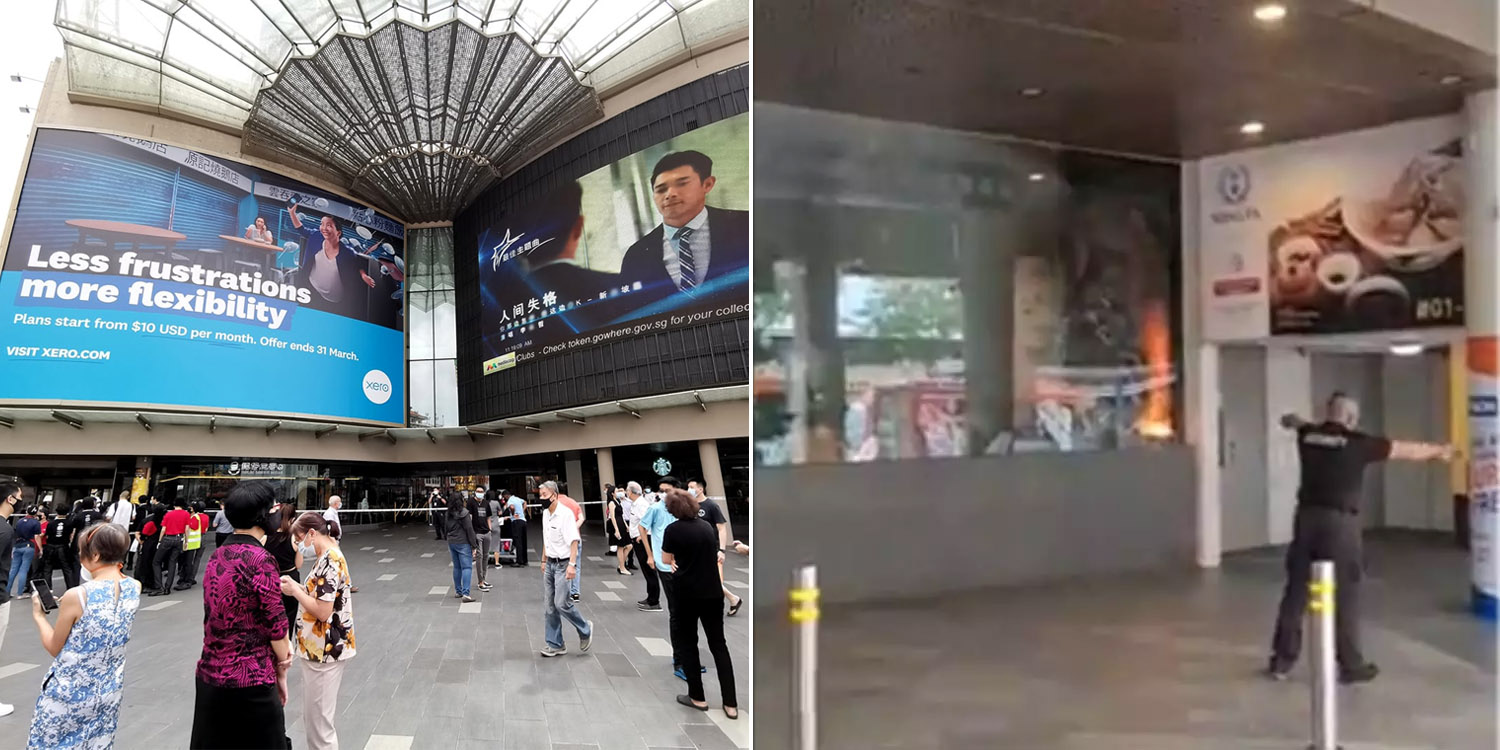 Update (13 Mar): A spokesperson from Perennial (Singapore) Retail Management Pte Ltd, manager of Chinatown Point retail mall, has released a statement regarding the incident. You may read it in full below.

Over recent days, Singapore has seen a series of fires at public spaces, including at Lau Pa Sat and Geylang Serai Market.

On Friday (12 Mar) morning, a bag shop at Chinatown Point caught fire at around 10.15am.

Shoppers and tenants of the mall were immediately evacuated. 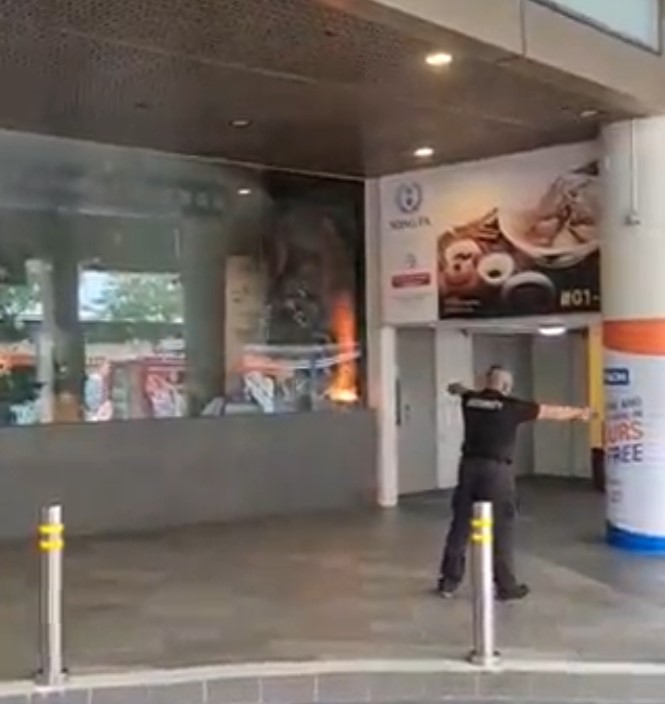 At around 10.30am, a loud sound was reportedly heard and 2 large cracks appeared on the glass panel of the storefront. 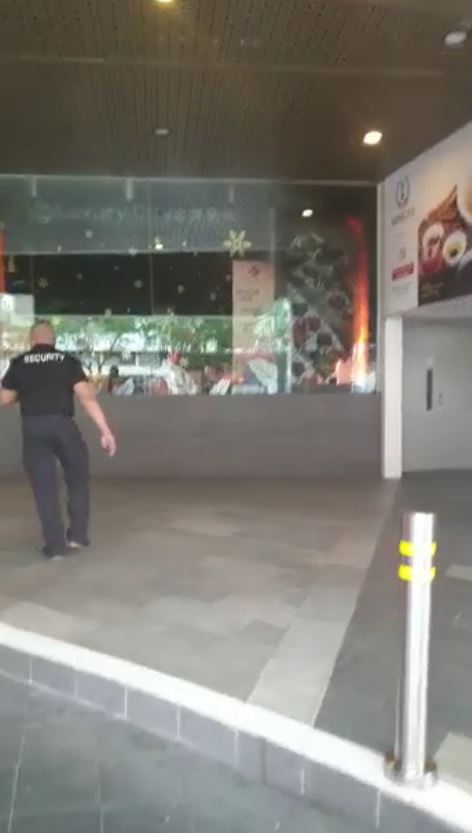 They also directed human traffic away from the area as they were afraid that the glass wall might explode and shatter. 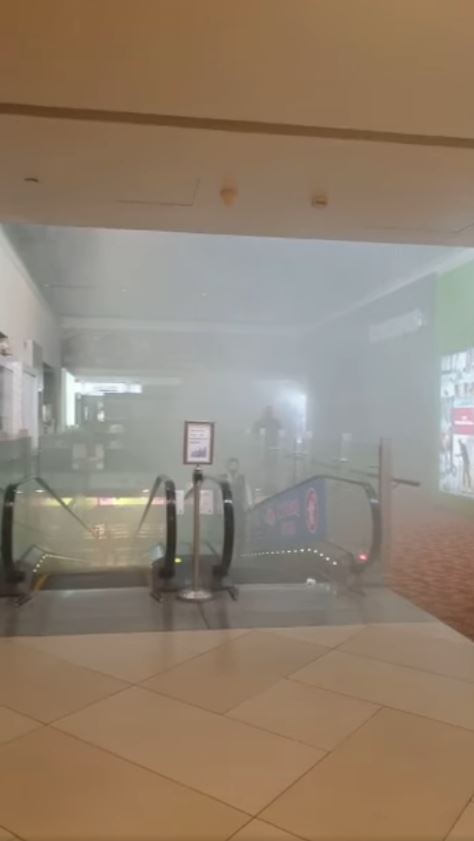 SCDF were alerted to the fire at around the same time.

According to SCDF, the mall’s sprinkler system helped extinguished the fire prior to their arrival.

Over 100 patrons and store operators had already self-evacuated from the mall, reports The Straits Times (ST). 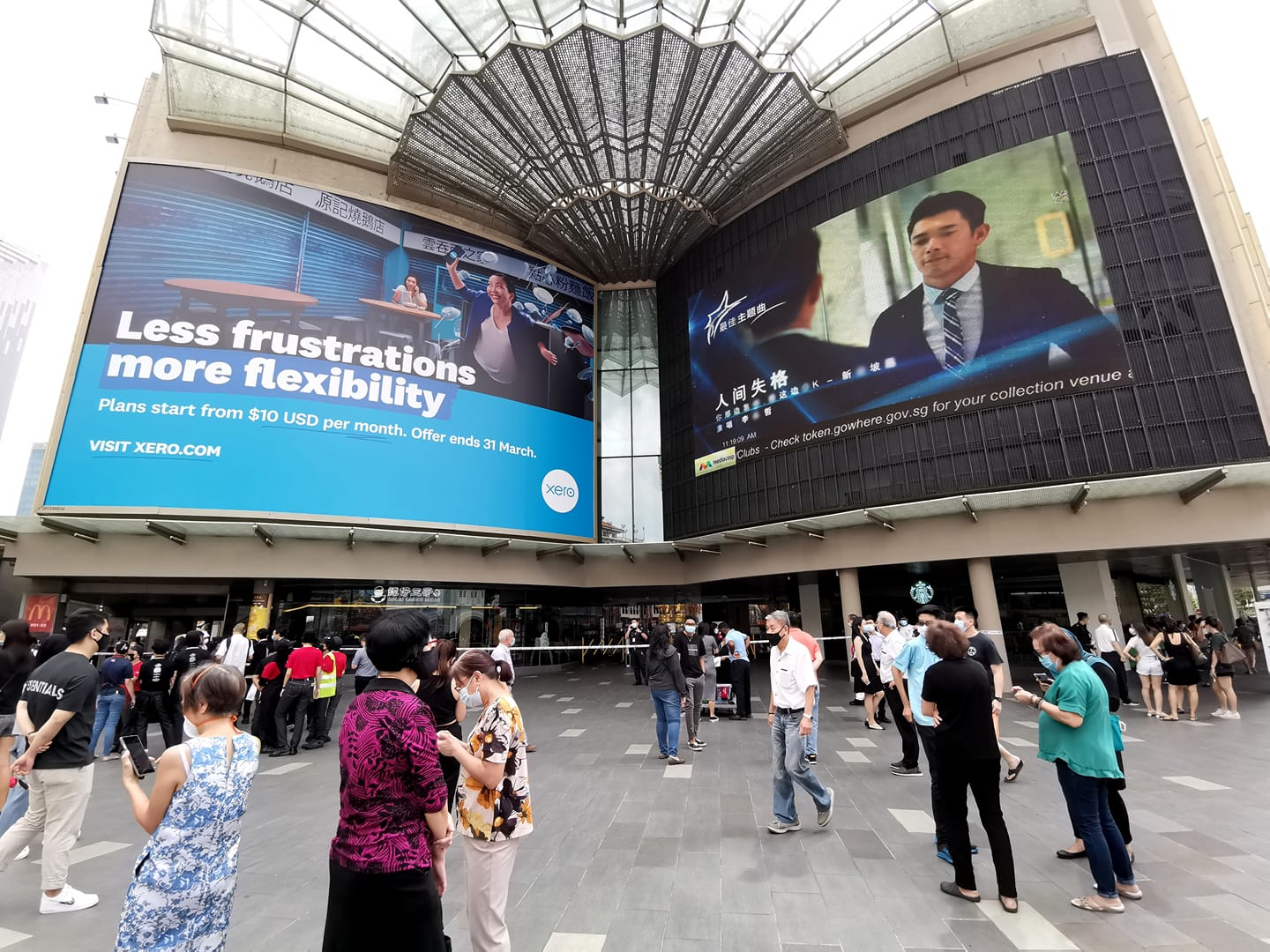 Unfortunately, one person was conveyed to the hospital for smoke inhalation.

A preliminary investigation indicated that the cause of the fire was of “electrical origin”.

Later in the day, the Chinatown Point released a statement confirming the fire on the 1st level.

According to one of the mall’s spokesperson, all shoppers and tenants from the shopping centre, as well as others in the office block above, were evacuated.

The blaze has since been extinguished and the mall is currently assisting SCDF and police officers on site.

At around 2pm, 4 hours after the fire was first reported, the mall announced via Facebook that they’ve reopened.

A fire broke out at a luxury bag store located on Level 1 of Chinatown Point retail mall at 10.15 am today and the property’s fire alarm sounded. All shoppers and tenants of the retail mall, as well as tenants of the office block sited above the retail mall were quickly evacuated. As the fire broke out before the tenant’s operating hours, our property operations team, which was the first responders on-site, entered the tenant’s unit to try to extinguish the fire before the Singapore Civil Defence Force (SCDF) arrived. Subsequently, with the help of the SCDF, the fire was successfully put out at 10.45am. There were no casualties except for one of our property operations staff who suffered mild smoke inhalation and was conveyed to the hospital by ambulance. He has since been discharged and is well. We are working closely with the authorities to investigate the incident.

Upon safety clearance by the relevant authorities, the mall has resumed operations. The safety and well-being of our shoppers, tenants and staff are our priorities and we sincerely apologise for any inconvenience caused.

Kudos to the quick-thinking security personnel for evacuating shoppers as fast as possible, and also directing traffic away from the cracked glass panel.

We hope nobody was injured as a result of the fire, and that the tenants of the mall would be able to operate as per normal soon.