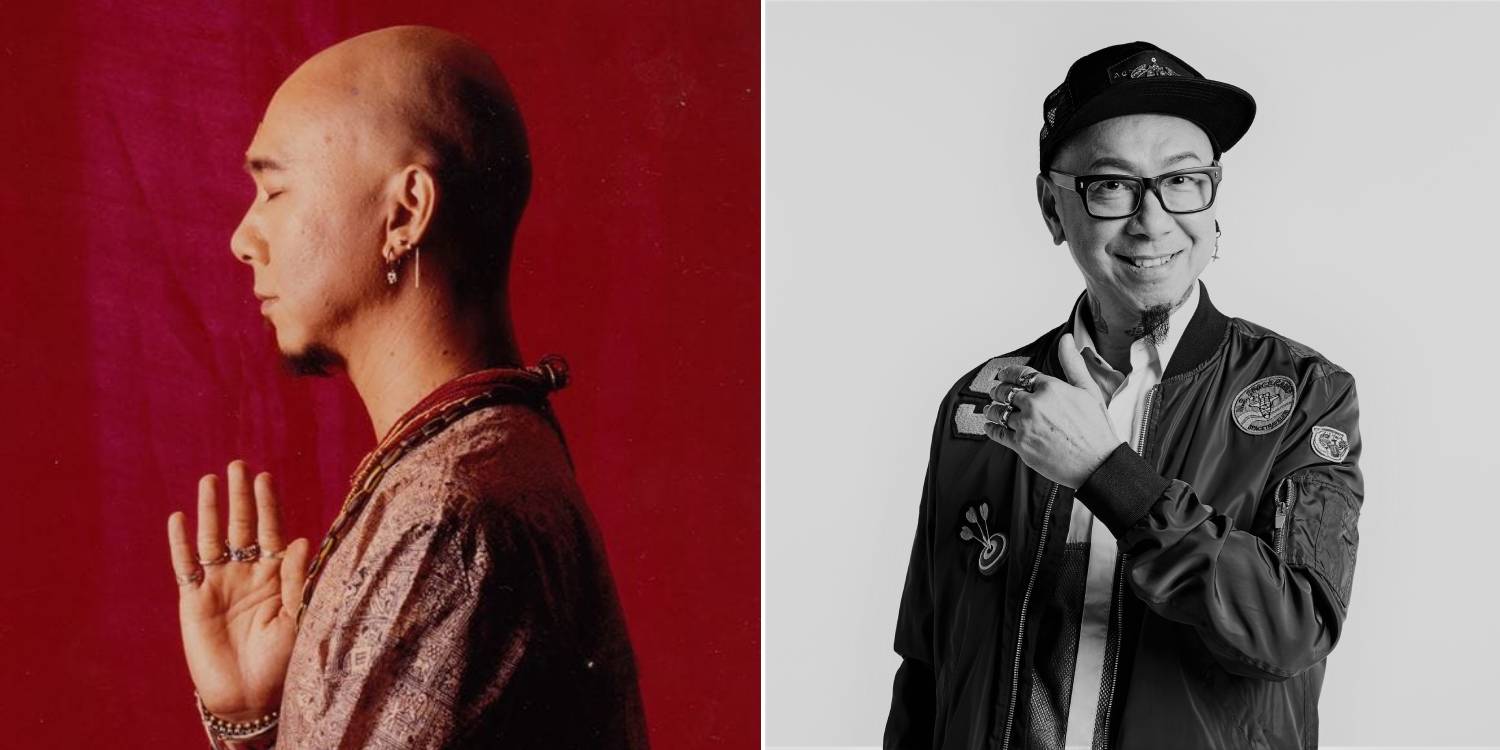 Chris Ho Passes Away After 2-Month Battle With Stomach Cancer

Singapore’s arts and music scene is small, but tight-knit. Many will be familiar with one particular man who was both a radio DJ and musician, Chris Ho.

Mr Ho, also known as X’Ho, passed away on Monday (27 Sep) after a 2-month fight with stomach cancer. 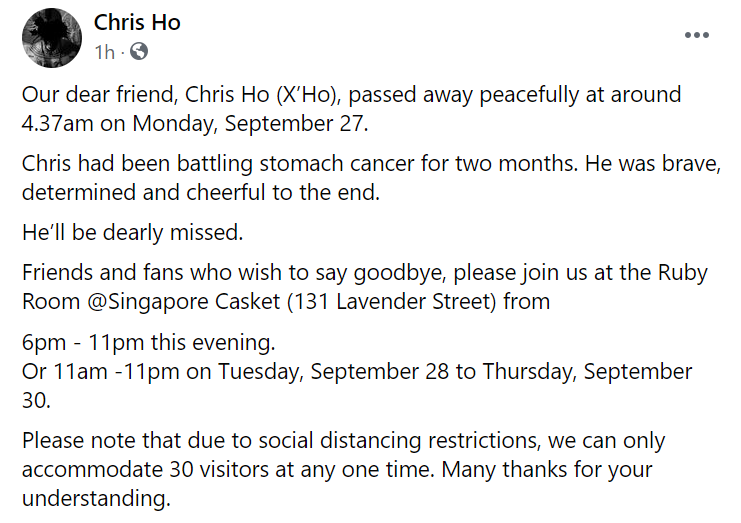 Friends and fans who’d like to say goodbye to Mr Ho can do so from today to 30 Sep.

Mr Ho was most recently a radio DJ with Mediacorp GOLD 905 and a prominent local musician.

Chris Ho passes away after battle with stomach cancer

According to The Straits Times (ST), he was believed to be in his 60s. 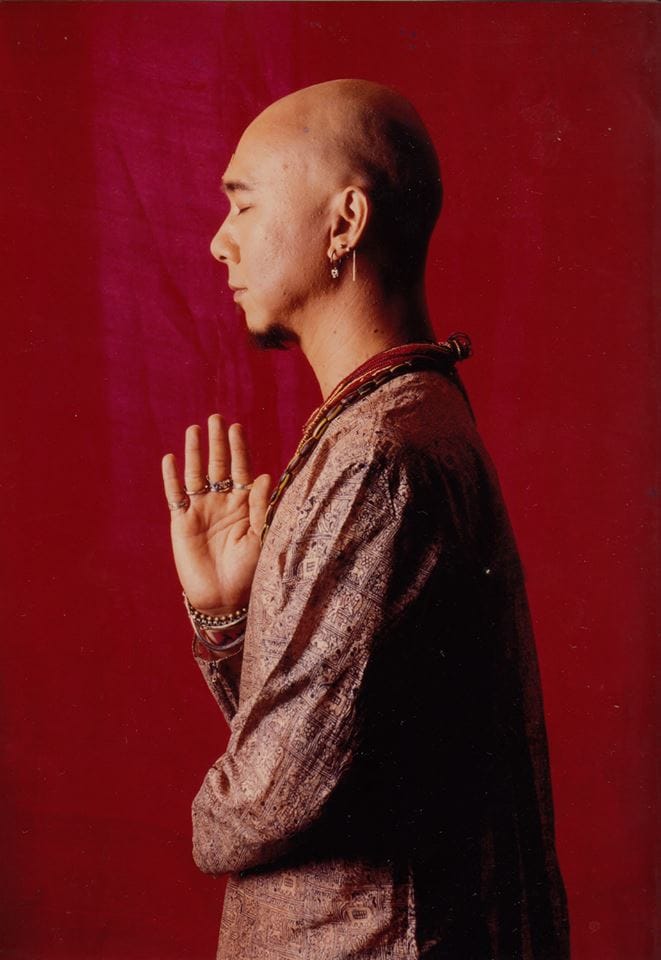 The post noted that Mr Ho was brave, determined and cheerful to the end.

It added that those who’d like to say their last goodbye to Mr Ho can head to the Ruby Room at the Singapore Casket from 6-11pm this evening.

Note that only up to 30 visitors are allowed at any one time.

Tributes pour in for veteran

He most recently worked on the 5-8pm show Homestretch With Chris Ho.

The radio station said Mr Ho will be dearly missed by everyone that knew him, and that he’ll forever be in their hearts.

More tributes poured in on social media from those in the arts and music scene following his passing, including from poet Gwee Li Sui.

It’s a testament to how beloved Mr Ho was in the sheer number of people who’ve met him and had nothing but good things to say.

As vocalist of Zircon Lounge, Mr Ho became what many would call the God of Punk, releasing several albums since the 1980s.

He was known for his outspoken political views, which is what one would expect from a punk rocker.

Mr Ho also contributed to columns for ST and wrote books such as Skew Me, You Rebel Meh? in 1998.

In it, he mentioned that he’d like his obituary to read:

X’Ho. Age: Forever 27 (the real age is none of anyone’s business)

Mr Ho was a big advocate of the local music scene and previously worked at Lush 99.5, which had a heavy focus on indie music.

MS News offer our sincere condolences to Mr Ho’s loved ones and family.

May he rest in peace, forever aged 27.