Smoking will never be the same again.

New Cigarette Packet Design Will Take Effect In 2020, If Enacted

It’s been a tough year for Singaporean smokers.

From thermal cameras in HDB estates to parliamentary discussions on curbing smoking in homes, the government’s seriously clamping down on smoking.

On Wednesday (31 Oct), the Ministry of Health (MOH) proposed new laws for the packaging of all tobacco products sold in Singapore.

While the announcement sparked a discussion among netizens about its effectiveness, others decided to take a lighter approach.

Before we delve into the responses, let’s have a brief look at the nitty gritty.

Brand names will also be regulated. They will have to be in a standard colour and font.

Graphic health warnings will also be enlarged to cover 75% of the packaging — up from the current 50%. 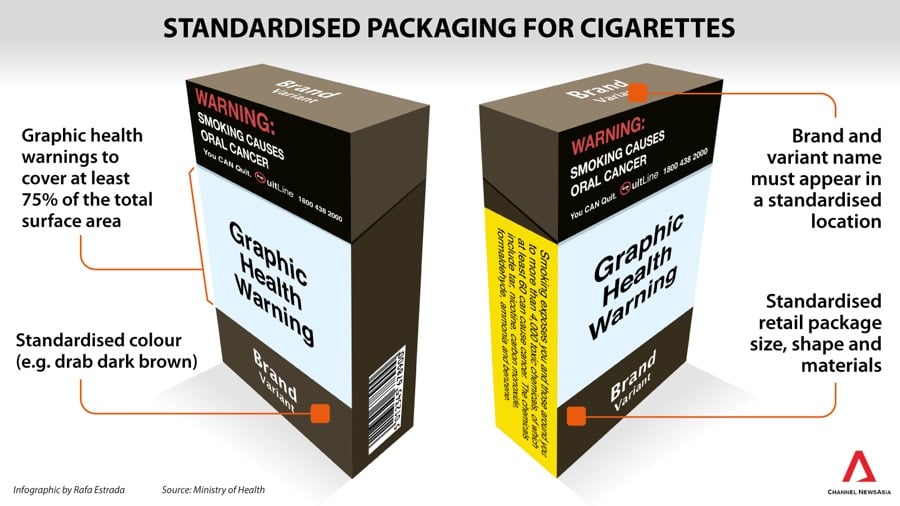 New measures will also standardise colours, packaging and even the glue used to hold it together.

These changes will take effect in 2020, if passed.

Hilarious takes on the new measures

Measures like these are sure to be controversial, but more of that on another day. Here are some hilarious responses to MOH’s proposals.

One redditor envisioned how cigarettes would be bought in the future: 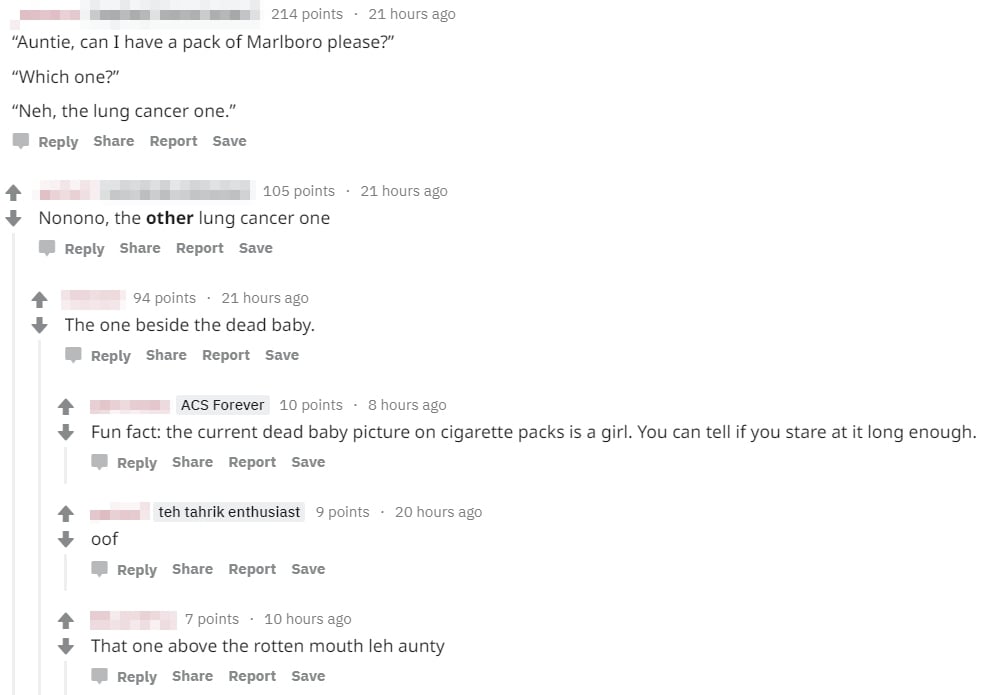 TIME TO STOCK UP GUYS!

Case study Down Under

Singapore is not the first to consider such a policy. Other countries like Australia, UK, and France have already implemented the proposed measures.

Australia led the way in 2012 and has seen its adult smoking population shrink:

It’s impossible to tell what caused the drop.

But if this policy had anything to do with it, it would surely be a welcome in Singapore.

Will this measure be effective?

Healthcare professionals hae weighed in on the matter.

According to them, the proposed measure shouldn’t be seen as a standalone deterrence against smoking.

But even as a complementary measure, do you agree with the proposed aesthetic changes?

What other design changes can be made to the packaging of tobacco products?

Featured image from The Manufacturer.