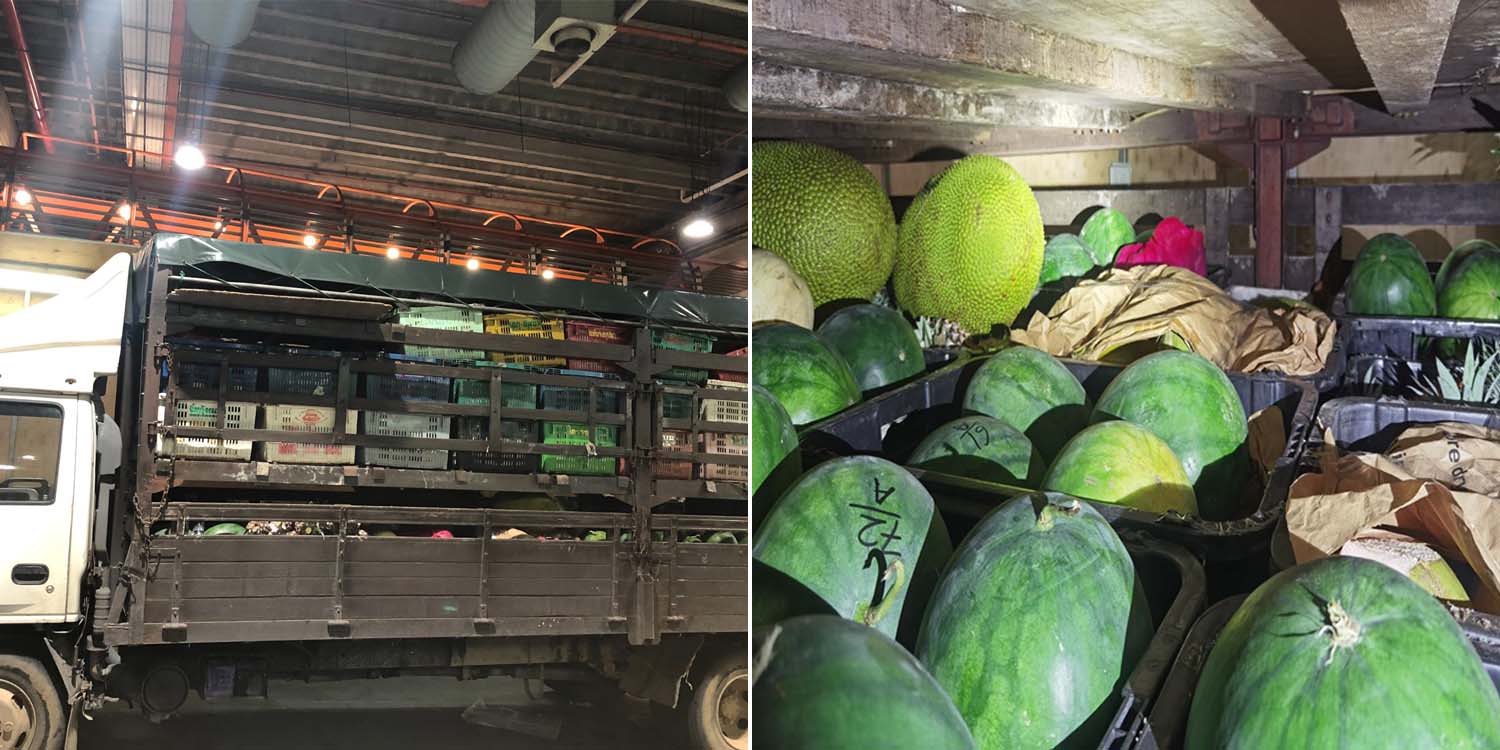 Fresh watermelons are refreshing fruits we often enjoy in Singapore’s humidity. Though usually harmless, they became the unlikely vehicle for a crime recently.

On Wednesday (12 Jan), the Immigration & Checkpoints Authority (ICA) shared smugglers’ failed attempt to get duty-unpaid cigarettes onto our shores. 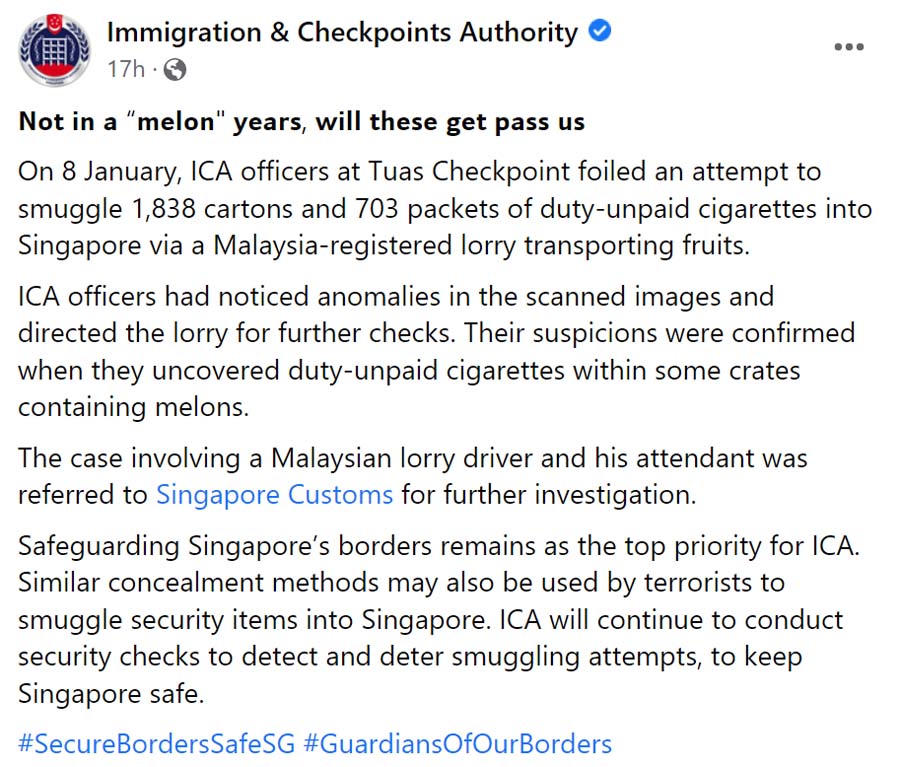 While the smugglers probably thought their efforts would be fruitful, the guardians of our borders clearly proved them wrong.

On Saturday (8 Jan), ICA officers at Tuas Checkpoint noticed anomalies in the scanned images of a Malaysian-registered lorry. 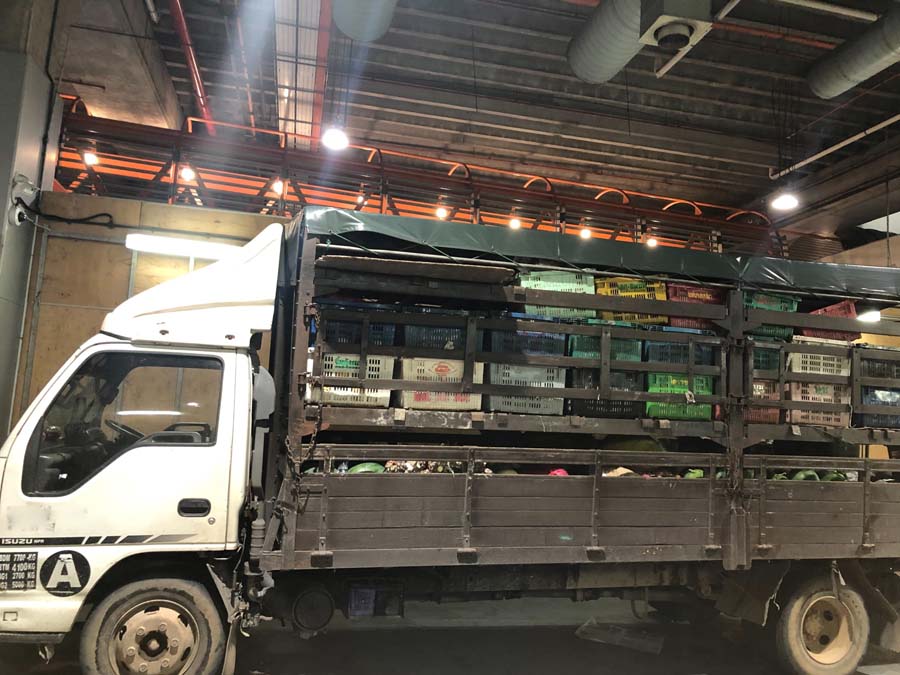 Further investigation led them to find duty-unpaid cigarettes that the smugglers had hidden in some watermelon crates. 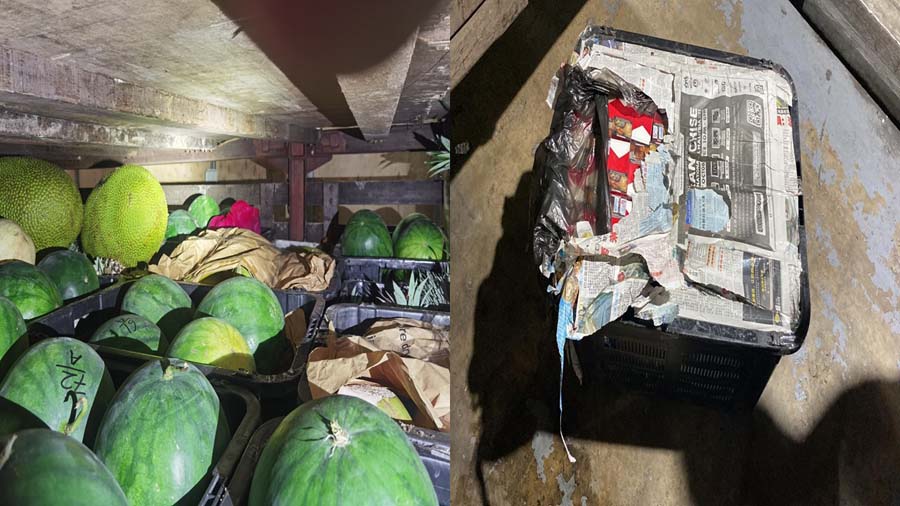 Officers reportedly found a total of 1,838 cartons and 703 packets of duty-unpaid cigarettes.

The ICA has since referred the case to the Singapore Customs for further investigation.

Taking the opportunity to explain the nature of their job, the ICA explained that protecting Singapore’s borders is their ultimate priority.

Part of doing that is being wary of such concealment methods that terrorists could adopt to bring security items illegally into Singapore.

As ICA put it, “not in a melon years” will these smugglers get past them.

Netizens praised ICA for a job well done in the comments.

One commenter joked that their efforts were fruitful, which was a very witty pun.

Another joked that prices of watermelons might soar as the smugglers would have to pay a high price for their crime.

More importantly, many like this commenter thanked the officers for successfully catching the smugglers.

This incident proves for the umpteenth time that indeed, no crime like this can get past them.

Hopefully, such a record will deter other smugglers from making similar attempts in the future.