Must Share News – Independent News For Singaporeans
Home People Community CNB Finds Drugs Inside Coconut, Husks How Can This Be Allowed 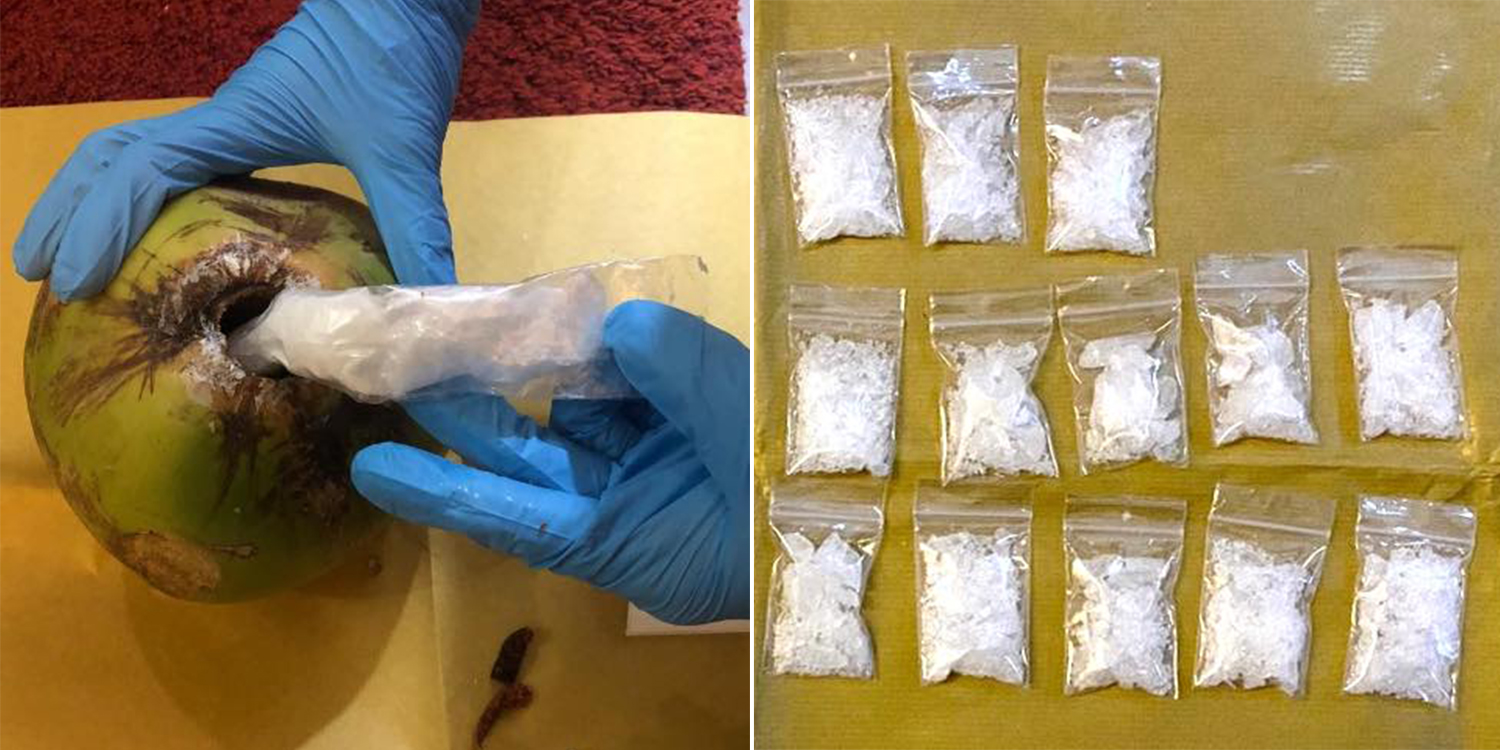 A warm summer’s day necessitates a refreshing coconut drink, preferably straight out of the husk — the beach and margaritas are optional.

But what the Central Narcotics Bureau (CNB) found inside a coconut was a little too refreshing for them — inside was about 317g of ketamine, they said in a media release on Tuesday (21 Jul). 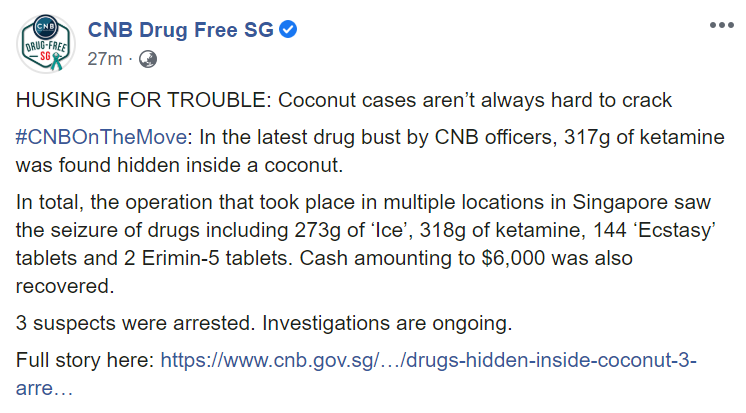 The 37-year-old allegedly handed drugs to the 50-year-old before leaving on a motorcycle.

After tailing the man until Geylang Road, officers nabbed him and found 1g of Ice in his possession.

CNB says that another group of officers raided a house in the vicinity of Upper Serangoon Road, where they arrested not only the 50-year-old male, but also another 60-year-old Singaporean male.

They found the following on the 50-year-old:

Meanwhile, during the house raid they found the coconut, which is unlikely to have to do with any black magic rituals, along with: 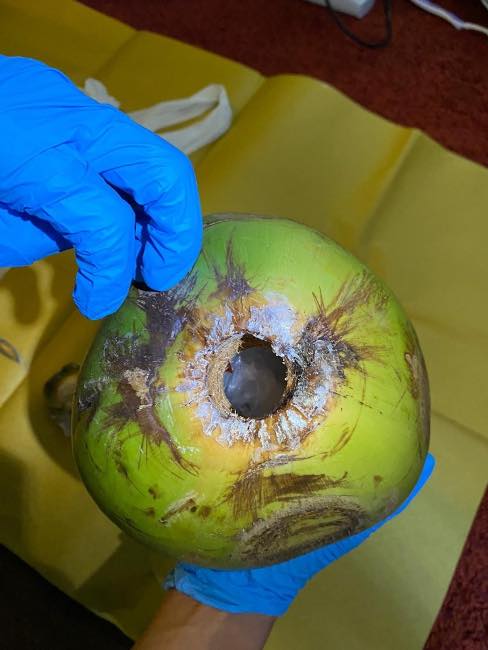 The suspects had apparently carved a hole into the husk, before placing the drugs inside. 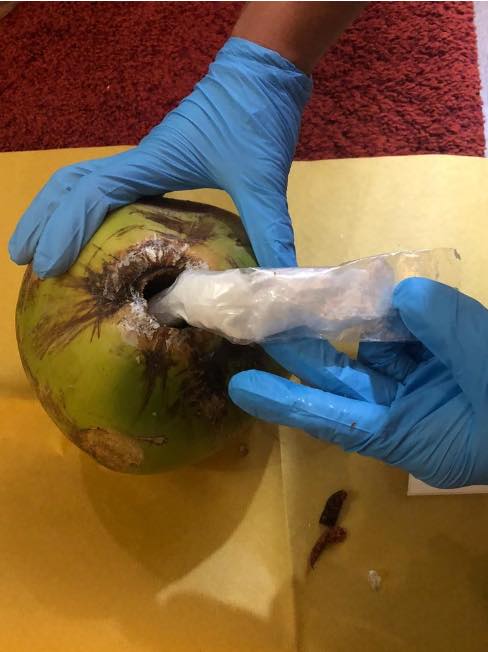 Some coconuts are certainly addictive especially during warm weather, but this definitely crosses a threshold for addictiveness.

The 273g of Ice recovered by CNB is apparently enough to feed about 156 abusers for a week. 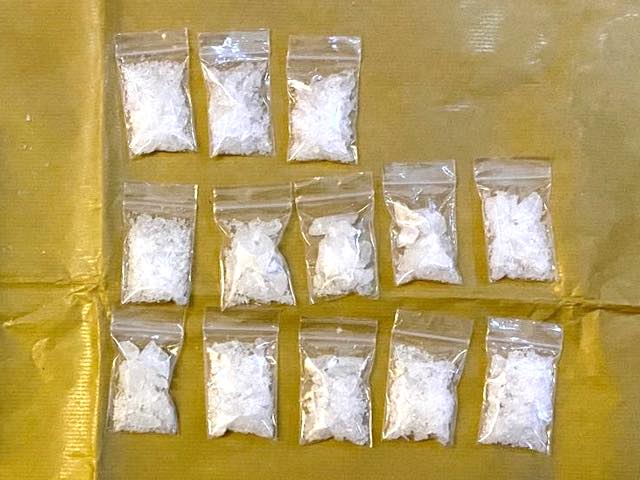 A cool day for CNB, not so much for the ones possessing drugs.

Possession of more than 250 grams of Ice, or crystal methamphetamine, is considered trafficking and carries the death penalty.