S’pore Map For Community Cats Shows Lepak Spots Of Over 200 Felines, Has Their Profiles Too 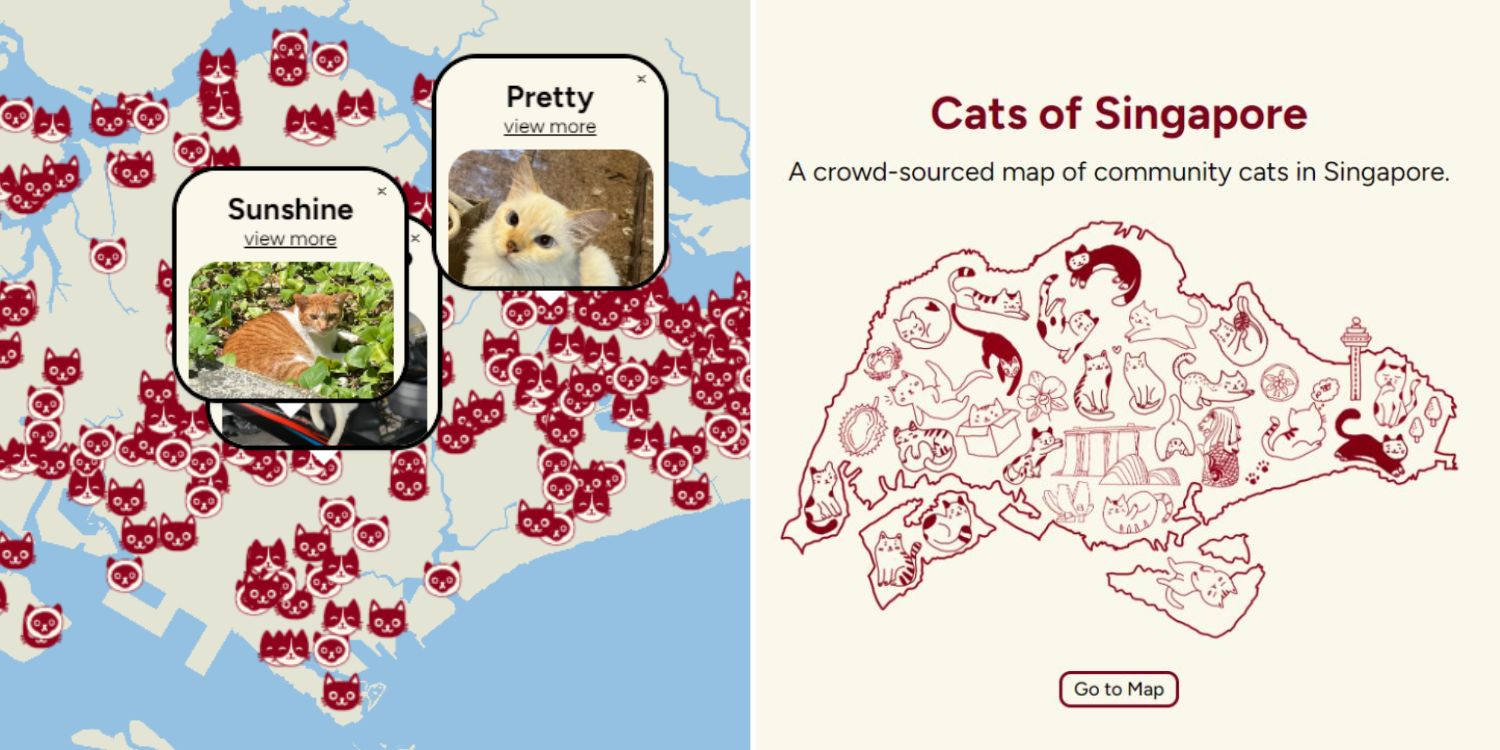 Community cats are adored by many people in their neighbourhoods, and one Redditor hopes to spread the love even further.

In a post on the r/Singapore subreddit, Redditor u/T-Rekt_Games shared that they created an online map that records the personalities and rough locations of community cats around the island.

The Redditor explained that they hope to raise more empathy for our feline friends and have us learn about their different personalities.

While some have raised concerns over sharing the location of the cats, the user assures that they only use a rough indicator instead of an exact spot.

A key feature of the website seems to be a crowd-sourced map that displays the whereabouts of community cats in Singapore.

As they continually accept user submissions, the map will progressively update with new names and locations scattered across the country.

At the point of writing, 280 cats can be found on the map. 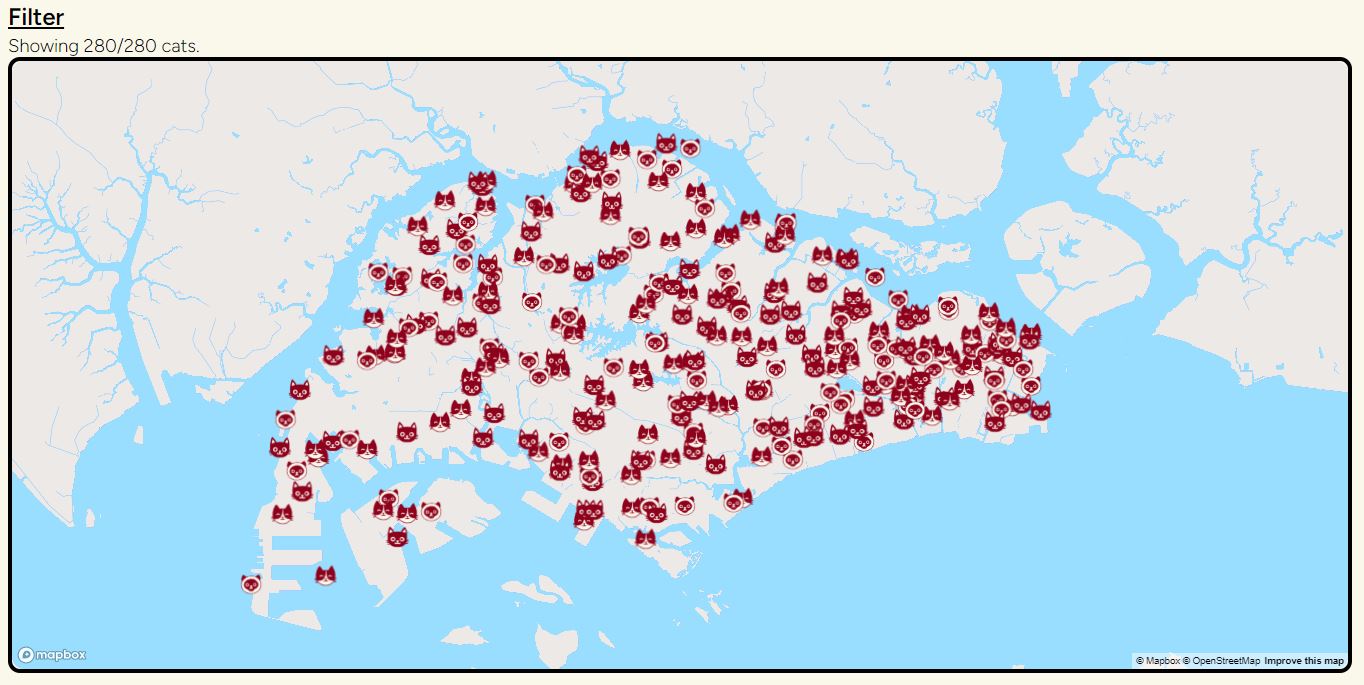 For example, Grey Grey, a cute tabby, is located south of Singapore.

Clicking on her icon will lead users to a page displaying interesting, bite-sized information about the “arrogant and friendly” cat.

Things like her likes and dislikes, as well as her personality, are displayed on her profile page. The same goes for all the other felines on the map.

Naturally, cat lovers were concerned about how the map lets anybody pinpoint the location of community cats. Especially after the recent incident where a boy threw a cat from the 22nd floor of an HDB flat.

According to some Redditors, strangers might use the map to search for cats to harm them.

However, the OP explained how the locations are shown on the map in a comment.

They shared that the website does not show the exact location of any cat. Instead, it shows a random location within a broad region where the cat belongs.

Speaking to MS News, the Redditor has updated the website with various new measures that include blurring and cropping of backgrounds of the pictures. They’ve also started listing the cats in broad regions instead of communities in neighbourhoods.

As another layer of protection, the map will regenerate a new random location for the same cat each time a user enters the website.

By doing so, the map will never show the cat’s exact location, hopefully keeping it safe.

The Redditor told MS News that many people do not know much about the community cats in Singapore or the issues they face.

“To make matters worse, there are also people who abuse community cats and think they are disposable.

“As such, I wanted to create something that would help people learn more about our community cats, their different identities, and the struggles they face,” they said, adding that they hoped the website could help raise more empathy for community cats in Singapore, and ultimately more resources to support them.

The Redditor also hopes to work more closely with feeders and animal welfare organisations to make the website more impactful.

In reply to comments in the thread, the Redditor said that they are still improving the website’s features. 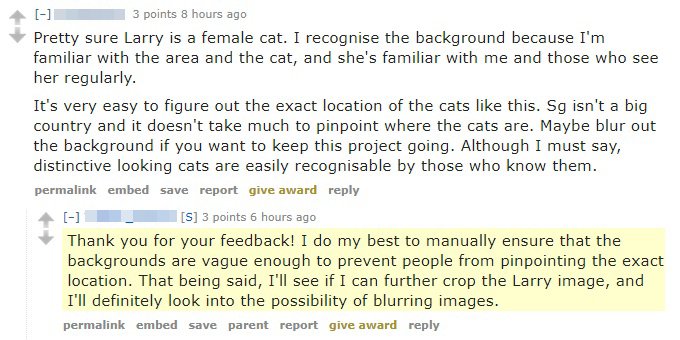 They also shared that they’re exploring other ways to conceal the cats’ exact locations further.

One such way is by blurring parts of the picture to make it harder to identify the surroundings.

Rest assured, the folks behind the map are continually working on improving the website whilst sticking to their main goal.