8 Confusing Statements In 2016 That Left Everyone Stunned Like Vegetable

Confusing Statements That Made Us Go ‘Huh?’

What a year 2016 has been. But at least we can count on Singapore to be a calm oasis of sense and sensibility amid the chaos. Or can we?!?

Turns out that people in Singapore were just as crazy as the rest of the world this year, if these real wacky statements can be believed:

The mother of all head-scratchers this year. More breakdowns = better reliability???

One would think that reliability of the MRT would be based on the number of major breakdowns that have occurred. But apparently not, as reliability is measured by the average distance travelled by trains between delays, according to the Land Transport Authority (LTA).

We may perhaps have the most reliable MRT network in the world, then.

So escalators are meant to take the weight of many people standing on them at the same time, but if these same people start climbing up instead, the escalators can’t take it? Are our escalators made in China too? 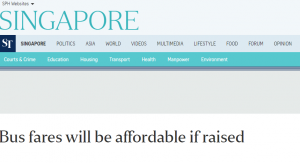 We have questioned this statement before, but it bears repeating.

Does anyone think our current bus fares are affordable? I mean those who do not drive, are not driven and who don’t practically live in cabs and ride-sharing services?

Well, in that case, will anyone think that they are affordable if they are raised?

When the public first saw this being reported, we wouldn’t have blamed them for thinking, “wait a minute, Dr Tony Tan is Malay meh?”

Well no, our current President is not Malay by any stretch of the imagination. So it probably doesn’t need to be reported that he won’t be in the running for the next presidential election.

Was Senior Minister of State Josephine Teo speaking about the mating habits of insects? Whatever she was talking about, she can’t be referring to human Singaporeans, who need some place soft to prevent backaches, and privacy to make sure that leery uncle who lives opposite our windows doesn’t see everything.

6. Straits Times Forum Writer (Who Has A Phobia Of Borrowing Books)

Speaking of insects, do library books bite? Or perhaps it’s the librarians who do? Even so, I’m sure these vicious creatures will be docile if one has the habit of returning books to the library on time, as they were meant to be.

No….Internet? Could this really happen?!? After Singaporeans collectively reeled in horror at the possibility of having a workplace where one could not send emails, check out movie timings for after work and browse our colleagues’ baby photos, they wondered how civil servants would do their work – perhaps they would communicate with outsiders via carrier pigeon in future?

Although it was later clarified by Foreign Minister Vivian Balakrishnan that the move is actually to segregate secure e-mail systems, we can’t help wonder if the measure is a tad extreme. 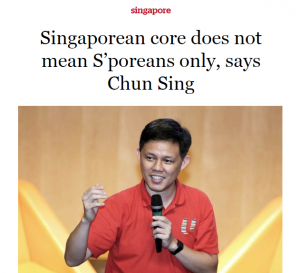 I guess Singaporeans are not what they once were, i.e. they don’t have to be Singaporeans any more. At least that was the impression many got from that headline.

Turns out what Minister in the Prime Minister’s Office Chan Chun Sing meant was that we cannot create a “Singaporeans only” attitude while trying to develop a Singaporean core.

2016 isn’t over yet, but we hope we have seen the end of these plain loony statements that came out of the media this year.

Sadly, we think the fountain is far from running dry.

These Pillows Let You Sleep Next To Your Favourite Korean Stars, But Some Think It’s Creepy