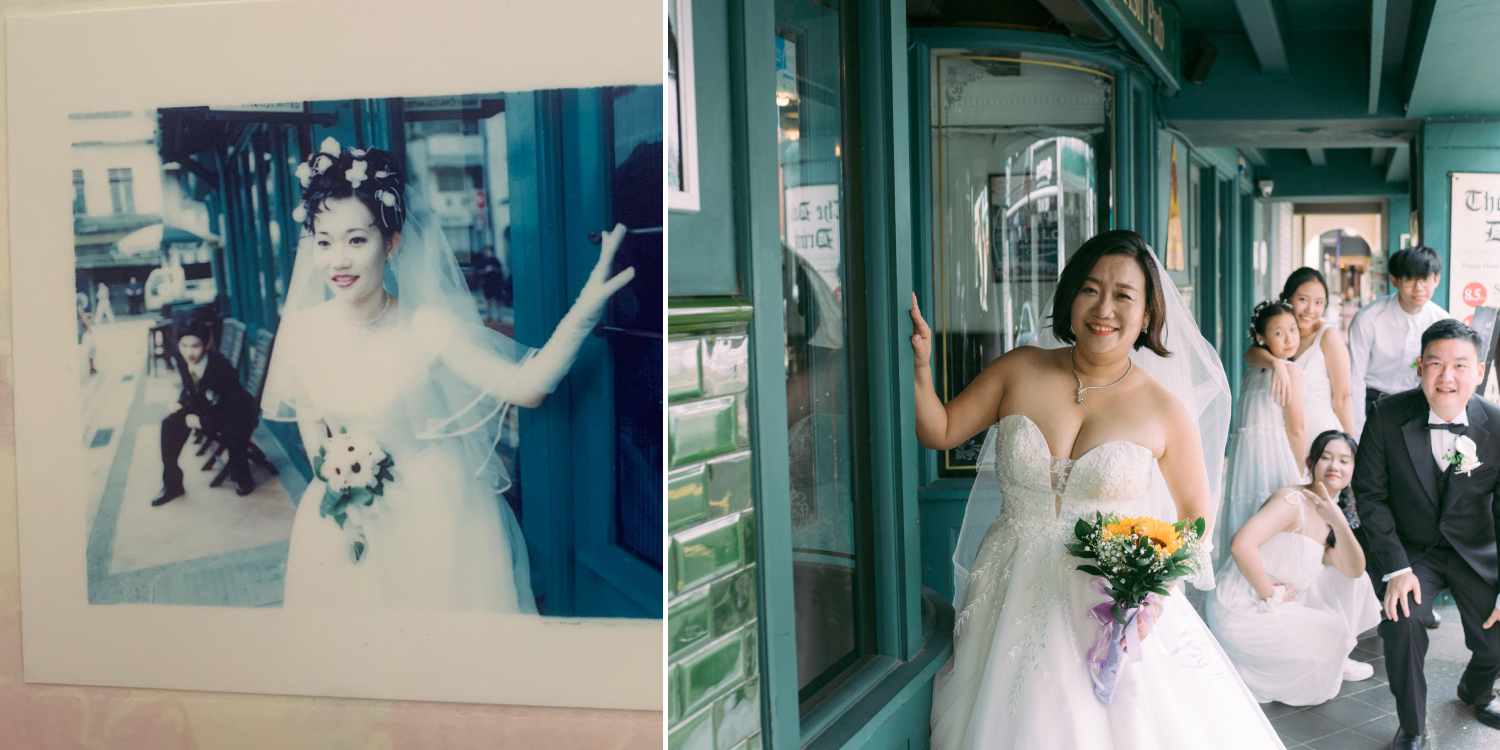 They also got to learn how to use TikTok in the process.

Property agents Darren Lee, 49, and Noelle Lim, 47, were wondering how to celebrate their 25th wedding anniversary when they were introduced to TikTok.

They eventually settled on recreating their wedding photos at the exact same spot — this time with their children.

Darren and Noelle, who have four kids, met in school and then decided to get married in 1999, four years following their BTO selection.

In a sweet coincidence, both of them are each other’s first loves. 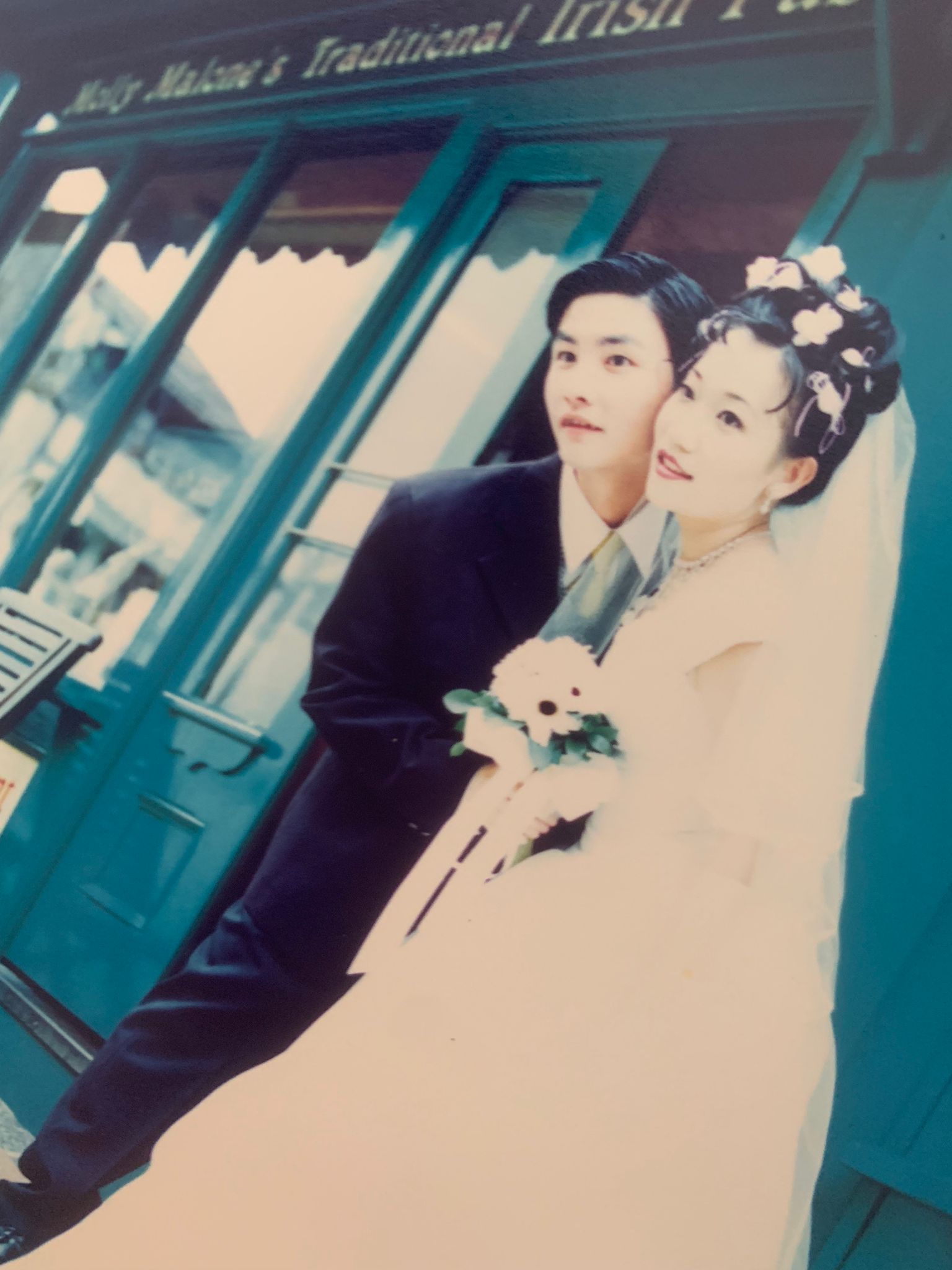 And in a bigger coincidence, the photographer they worked with for their 25th-anniversary wedding shoot recommended Clarke Quay as the venue, which was where they had their first wedding photoshoot.

Since they were in the same area, they spontaneously decided to recreate their wedding photos. 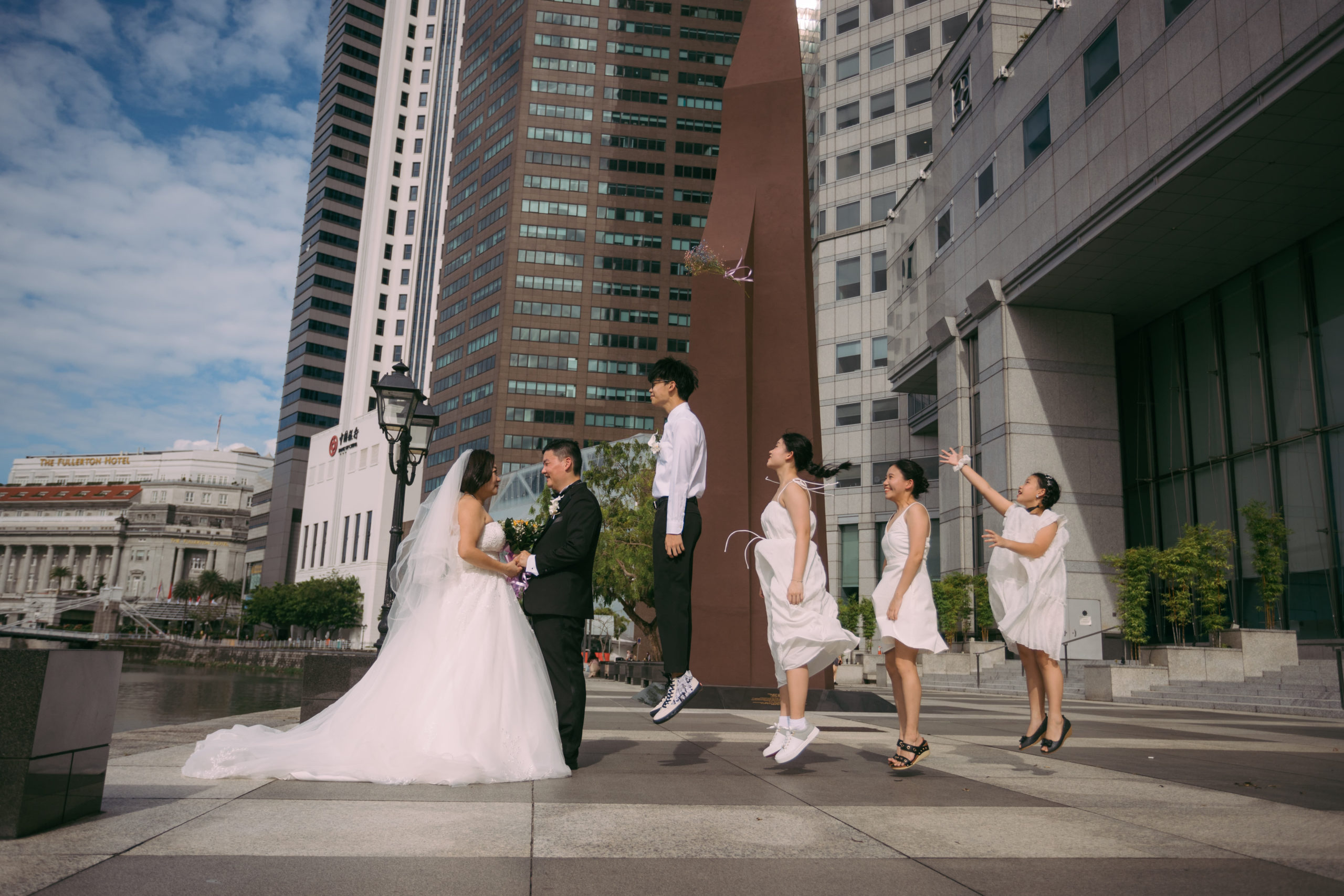 Darren and Noelle told MS News that they wanted their kids to celebrate their anniversary together as a family.

They also felt there was no better time to mark the occasion in a special manner than now.

“The world’s always changing. Today, if I don’t do it, maybe (the pandemic might come back). So I always think, if we can do it now, why not?” Darren said.

Evidently, from the photos, the children had fun joining in. 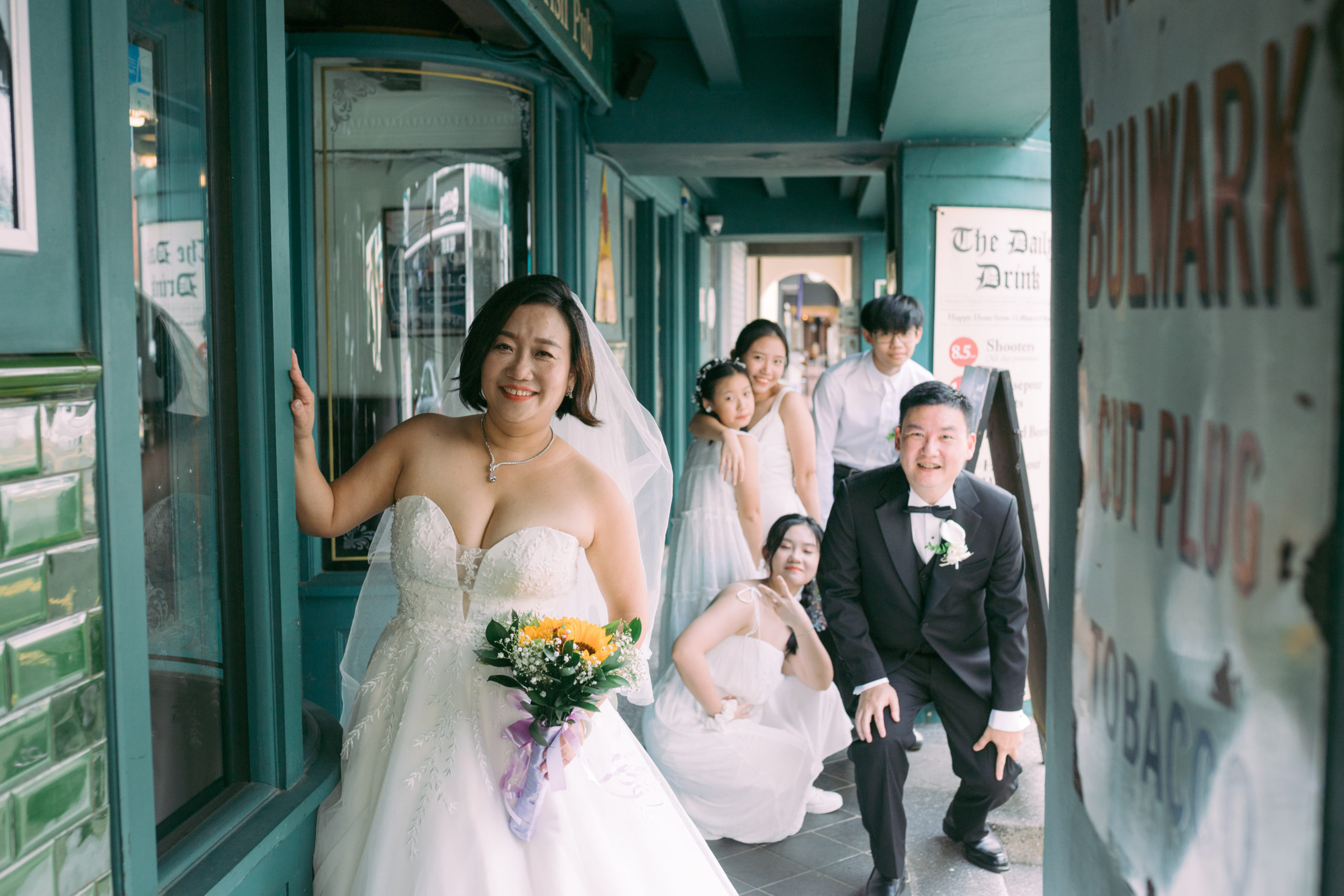 The family hopes to celebrate more anniversaries together in future, although they said they haven’t thought of any ideas yet.

But whatever they decide to do, it’ll be with the six of them together.

Wedding shoot part of efforts to learn about social media

The TikTok video was actually a way for both Darren and Noelle to learn how to use social media, especially for their work.

As they are not digital natives, even setting a profile picture took two hours the first time.

But Darren, who’s also active on Instagram, is slowly getting the hang of social media platforms and has even had friends ask him to teach them.

He wants to show that it’s never too late for an old dog to learn new tricks, and hopefully, their social media journey will bloom like their marriage.

After all, if Darren and Noelle can successfully sustain a blissful marriage for 25 years, they can certainly achieve their goals.