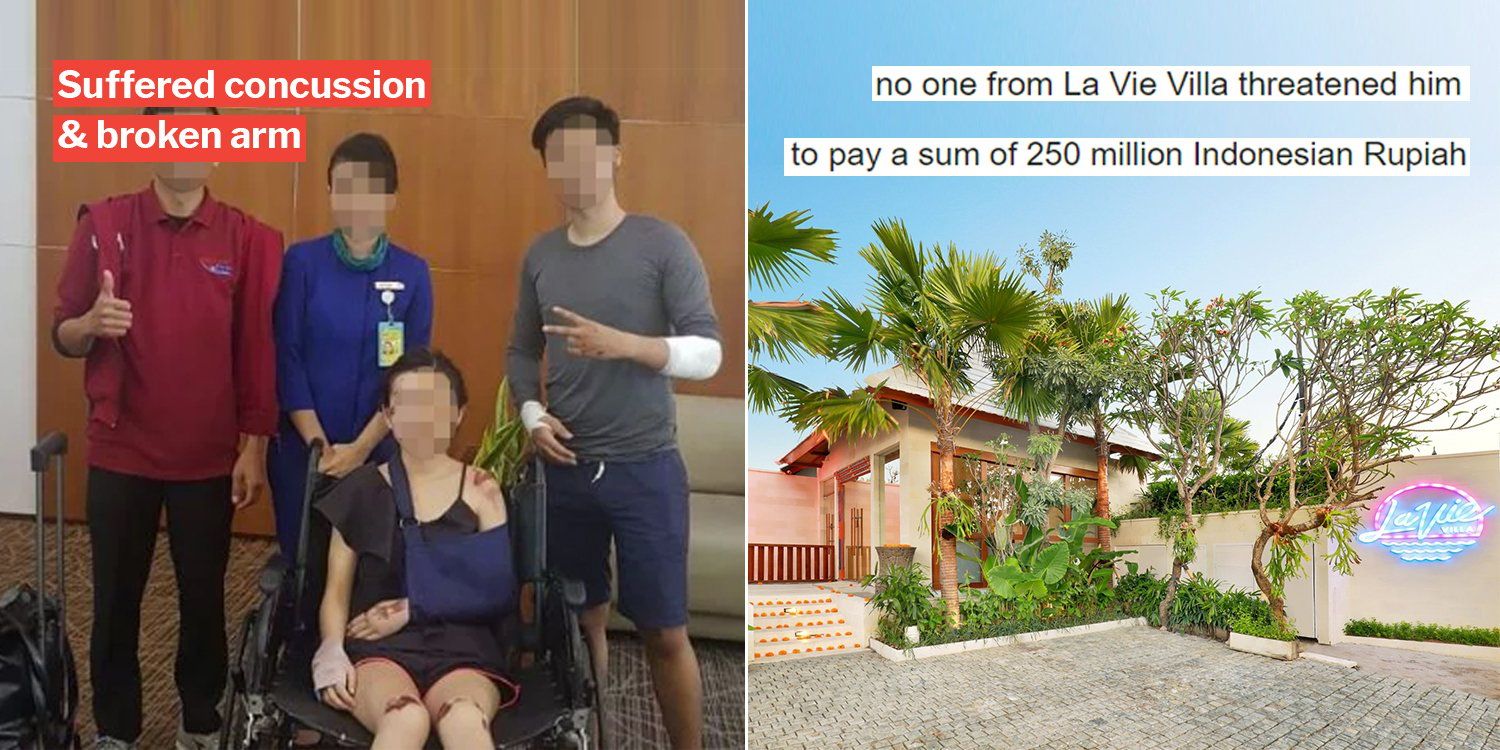 Update (15 May. 6.46pm): La Vie Villa, the Bali resort embroiled in this dispute has responded with an official statement. They deny that they “threatened” the couple and state that the parties involved had agreed on a “mutually acceptable price” for the compensation of the lost scooter.

They also claim that Mr Aathar was in an “emotionally fragile state” to conduct business and required more time to discuss “legal matters” with them.

Here’s their statement posted on Tuesday (14 May) in full. 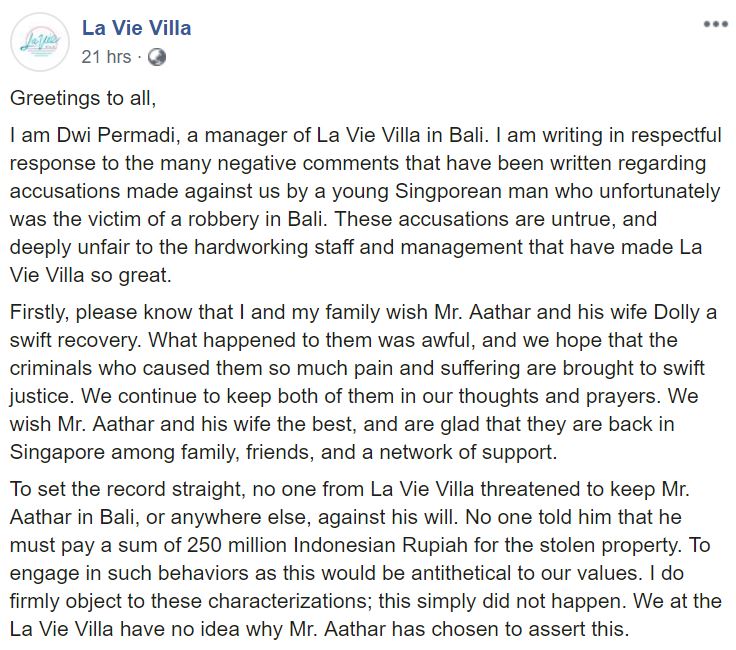 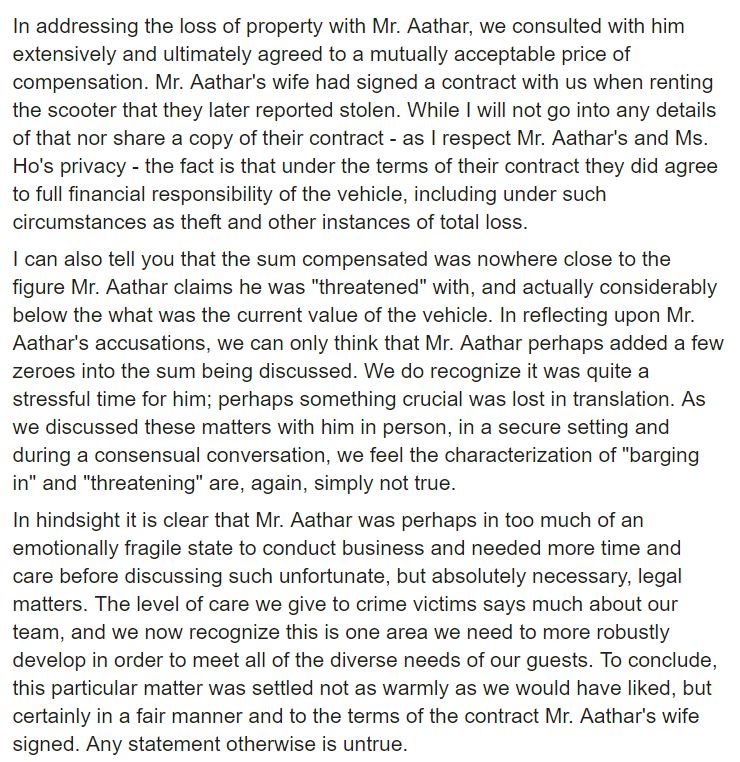 We have included a summary of the villa manager’s statement below.

A holiday allows us to take a breather from our hectic lives we lead in Singapore.

However, this relaxing break turned into a nightmare for a Singaporean couple when they were holidaying in Bali. 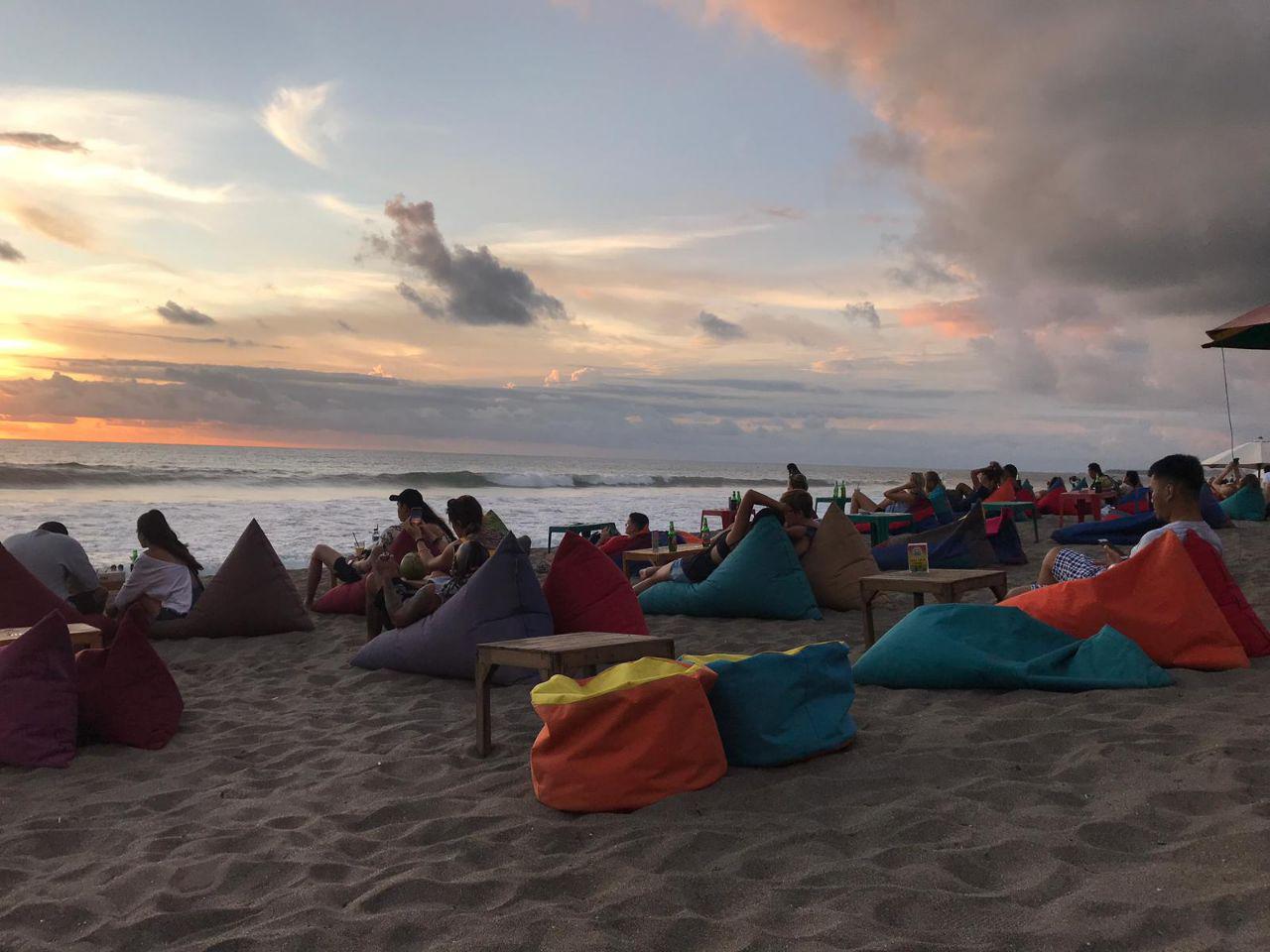 According to a Straits Times Article, Mr Eugene Aathar and his wife Ms Dolly Ho were travelling back to their villa in Kuta on a rented scooter at 2am on Monday (May 6) when they were robbed by 2 men on a motorcycle.

Kicked off their scooter

The couple were heading back to their villa on their scooter. As they were unsure of the route back, Ms Ho navigated through Google Maps on her phone.

That’s when 2 men on a motorcycle rode up to their left to snatch the phone away.

To prevent the couple from retaliating, the men kicked their scooter causing both of fall of the bike after taking the phone. 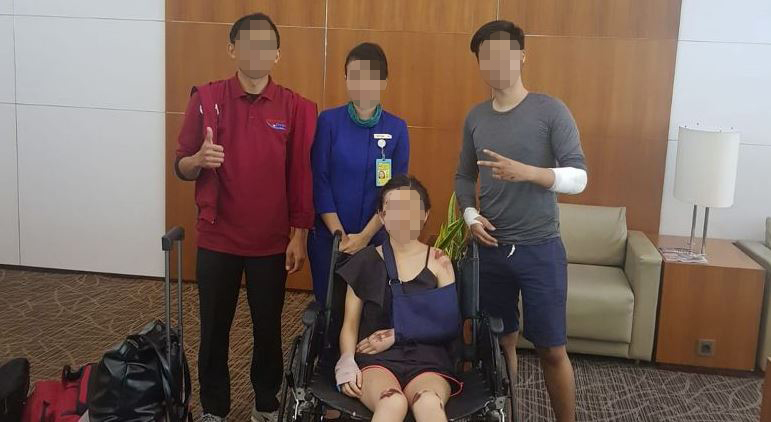 As if that wasn’t bad enough, a bystander took advantage of the situation.

As Mr Aathar looked for help from bystanders, he was asked by a man for the scooter’s location. Instead of bringing it back to Mr Aathar, he took the scooter and drove off. 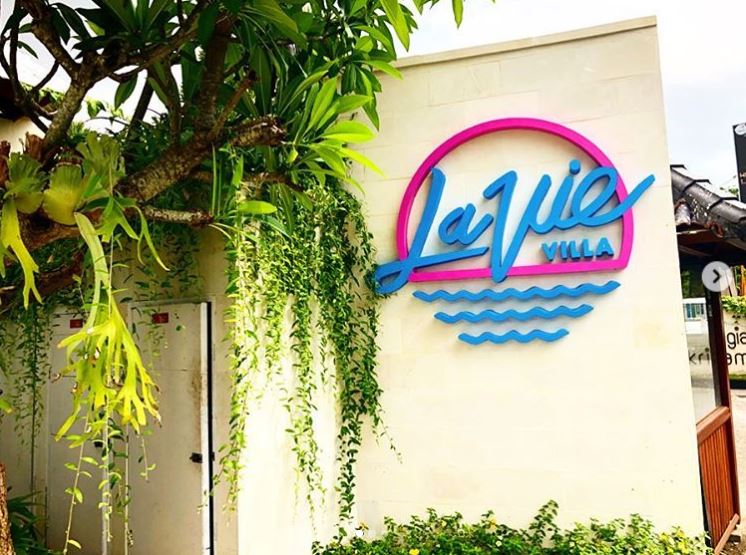 “Harassed” by the villa to pay for lost scooter

Their troubles don’t end there.

After the villa staff found out about the stolen scooter, they allegedly “harassed them” to pay around 250 million rupiah (S$23,700) for it.

Apparently, they even went to the hospital that Ms Ho was staying at to threaten them to pay up or they’ll prevent the couple from leaving the country.

They were only satisfied when Mr Aathar paid them 12 million rupiah (S$1,100).

Safely back in Singapore

Fortunately, the couple bought insurance before flying to Bali.

Their insurer arranged for a doctor to accompany Ms Ho back to Singapore as she was not yet cleared by doctors to fly on her own.

After touching down, she was sent to the National University Hospital (NUH) to recuperate.

Thankfully, Ms Ho seems to be getting better as she was discharged Monday (13 May). To conclude his post, Mr Aathar also warns Singaporeans to “look out for their own safety” when travelling.

The manager of La Vie Villa (LVV), Mr Dwi Permadi has posted an official statement on Tuesday (14 May), disputing the couple’s claims. He claims that they’ve received a slew of nasty comments on their page after Mr Aathar’s post went viral on Facebook.

You may read the full statement here, but here is a summary of his account:

Now that La Vie Villa has responded to the Singaporean couple’s claims, we hope that the case will be resolved soon.

In any case, here are some suggestions to keep safe when you’re overseas.

Let’s all remember to remain vigilant while we’re travelling abroad. We may be on a holiday, but let’s still remember to look out for each other overseas.

Featured image from Eugene Aathar via The Straits Times and La Vie Villa on Facebook.