While search for the cure to Covid-19 is still underway, researchers found that there’s a striking similarity among the worst affected regions in the world.

On Saturday (14 Mar), China news daily digest Inkstone – launched by South China Morning Post – reported that the virus thrived in places with an average temperature of 5-11°C and 47% to 79% humidity. 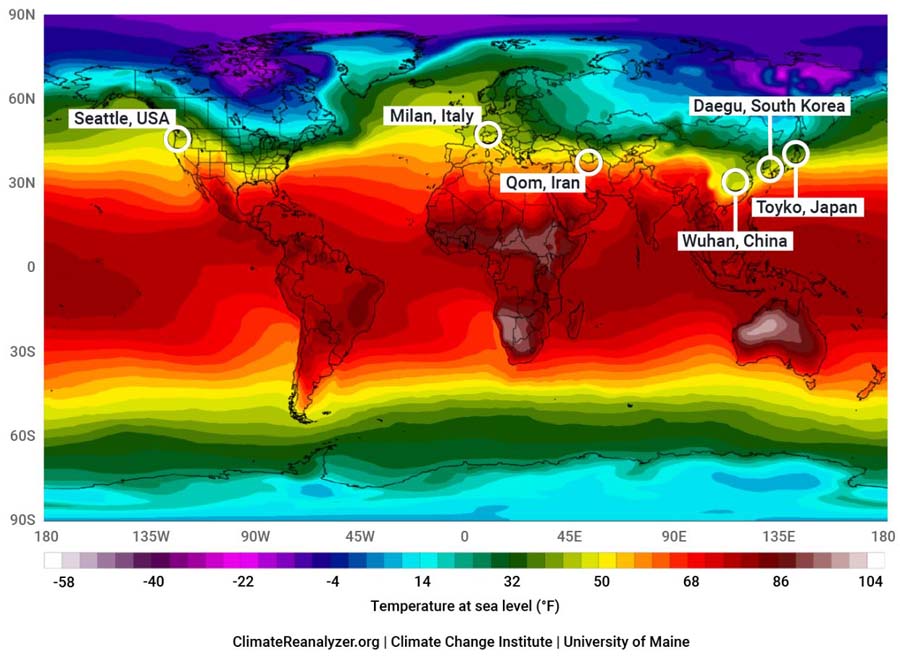 The study, done by scientists from the US and Iran, was published on Monday (9 Mar) and is still awaiting peer review from experts.

Scientists believe that the countries hit with most cases of Covid-19 have the same climate in the northern hemisphere. Hence, they are considering using weather modelling to identify the locations possibly affected by the pandemic in the weeks to come.

As of now, they predict that the areas at most risk include Prague, Hamburg, Berlin, London, Vancouver, New York, and Kiev. So far, the countries deeply affected were in the northern hemisphere. These areas had a 2-metre temperature of 5-11°C. 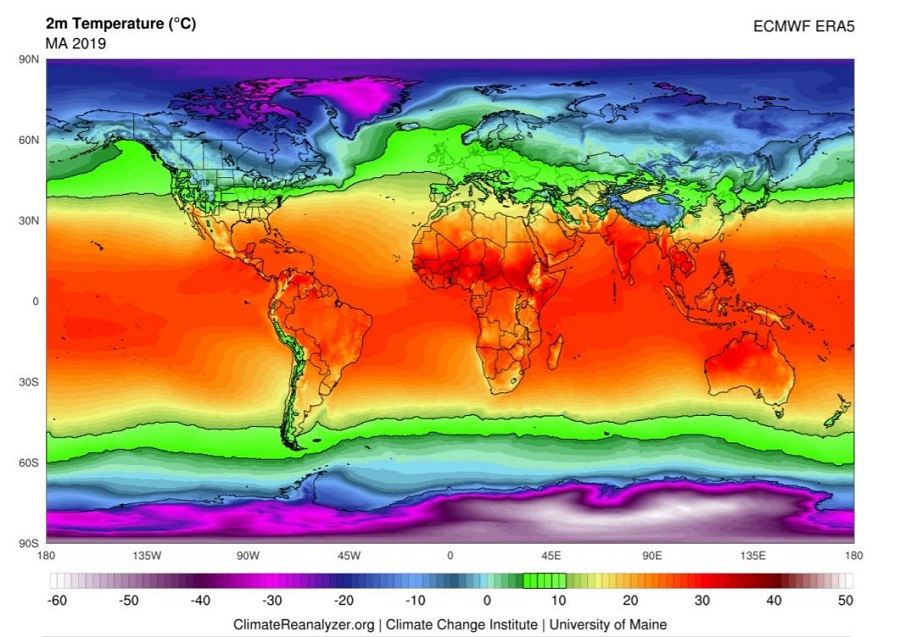 In case you didn’t know, 2m temperature refers to the temperature of air at 2m above the surface of land, sea or in-land waters.

The table below shows that countries like Wuhan and Tokyo experienced 2m temperatures from 5- 11°C from Dec to Feb when the virus was rapidly spreading. If temperatures become warmer, scientists think that the risk level in these areas may be reduced. 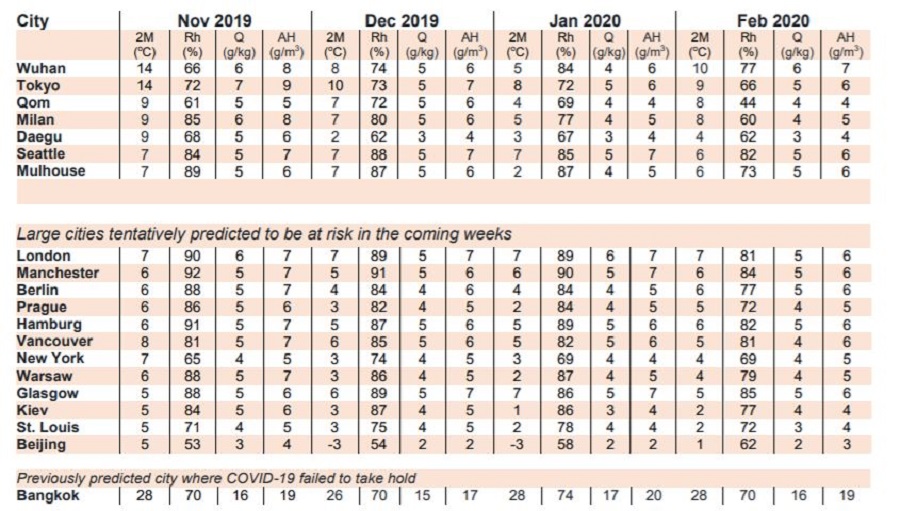 Note that these findings have not taken into account human factors and still remain speculative.

Similar studies have been undertaken to identify characteristics of Covid-19, as well as its similarities with flu and other coronaviruses impacted by winter seasonality. MS News reported that Dr Jyoti Somani and Professor Paul Tambyah purport that infections could slow down due to warmer weather in May.

Coronavirus Infections Could Slow Down By May Due To Warm China Weather, Say S’pore Doctors

Inkstone reports that this study echoes the findings of another one by a team from Sun Yat-sen University in Guangzhou. They found that the virus is highly sensitive to high temperatures.

This could halt the spread in countries with a warm climate, but these findings were yet to be peer-reviewed when published last month.

Only time will tell

Although we want this pandemic to end as soon as possible, these findings are only mere speculation.

As we enter the dry season, we may expect a decline in cases. But only time will tell the impact of a warmer climate. In the meantime, let’s hope that a vaccine is released so we can eliminate this virus soon.