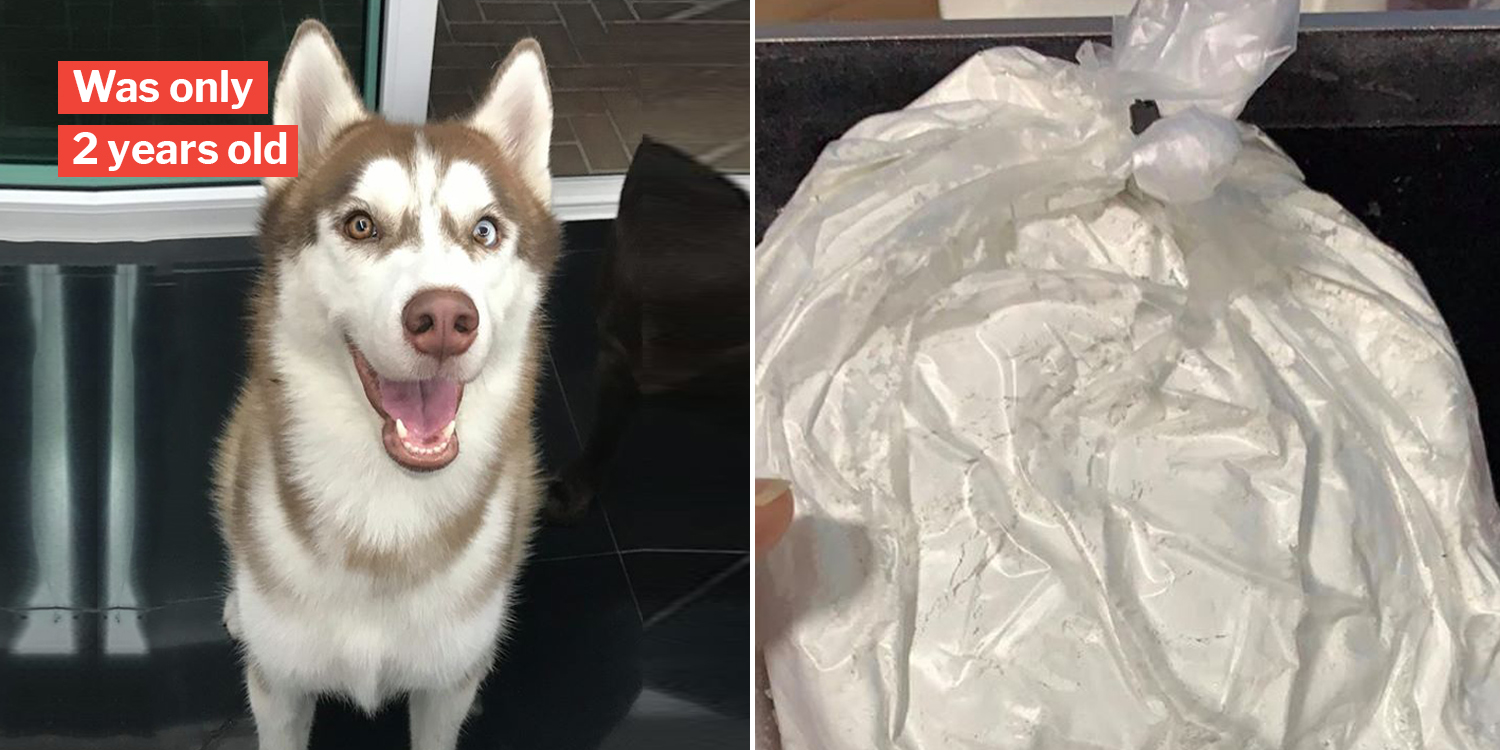 Losing a pet is every pet owner’s biggest nightmare.

On Tuesday (10 Nov), this nightmare came true for a husky owner in Singapore as her beloved red husky, Ranger, passed away at the tender age of 2. 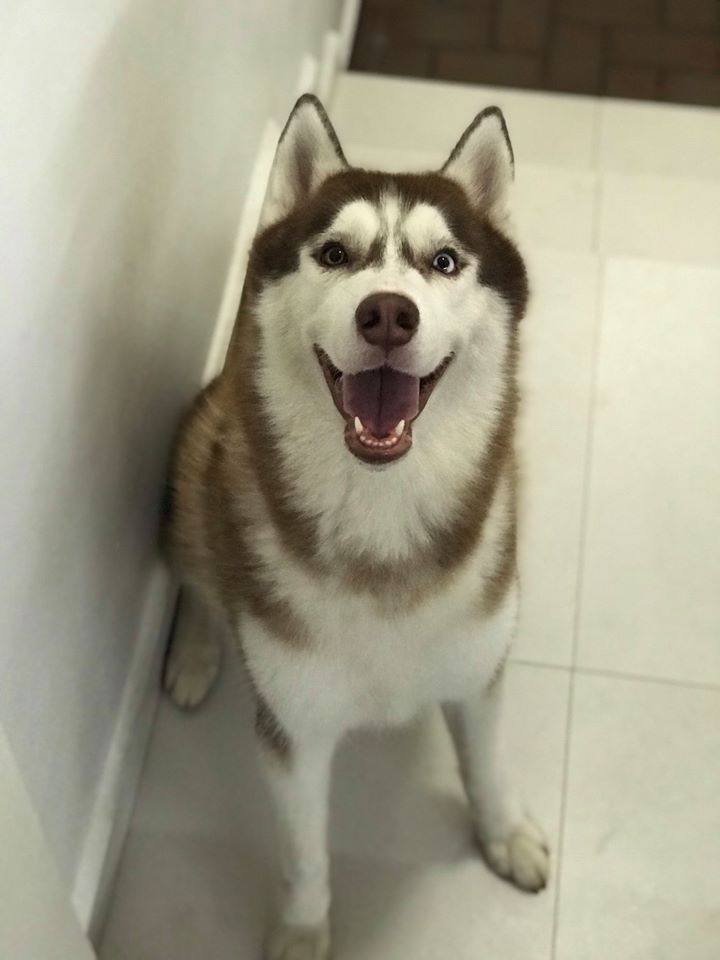 To remember Ranger, the owner decided to cremate him at Pets Cremation Center.

But what was meant to be a bittersweet moment quickly turned into another nightmare for her.

On Saturday (30 Nov), the husky owner shared a post on Facebook group Singapore Siberian Huskies Club alleging that she received a bag of flour-like powder which the centre claimed to be Ranger’s ashes. 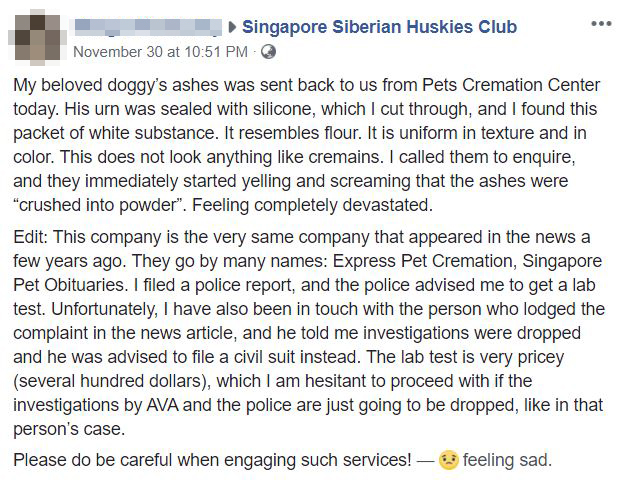 She described it as resembling flour and uniform in texture and colour.

Desperate for an explanation, she called the cremation company to ask about the bag of white powder. But the person on the line supposedly started yelling and screaming at her, insisting that Ranger’s ashes had been “crushed into powder”, hence making it look like flour.

Unsatisfied with the explanation, the owner decided to file a police report. But the police advised her to bring the ashes for a lab test first.

The owner is, however, a little hesitant as lab tests are very pricey and can come up to several hundred dollars. She then warns all other readers to be careful and read up more about the companies when engaging such services.

MS News has reached out to Pet Cremation Center for a statement regarding this incident and will update the article accordingly.

But for now, we urge all readers to withhold making allegations against the pet cremation company.

Regardless, we extend our comfort for this husky owner’s loss. And may Ranger finally rest in peace. 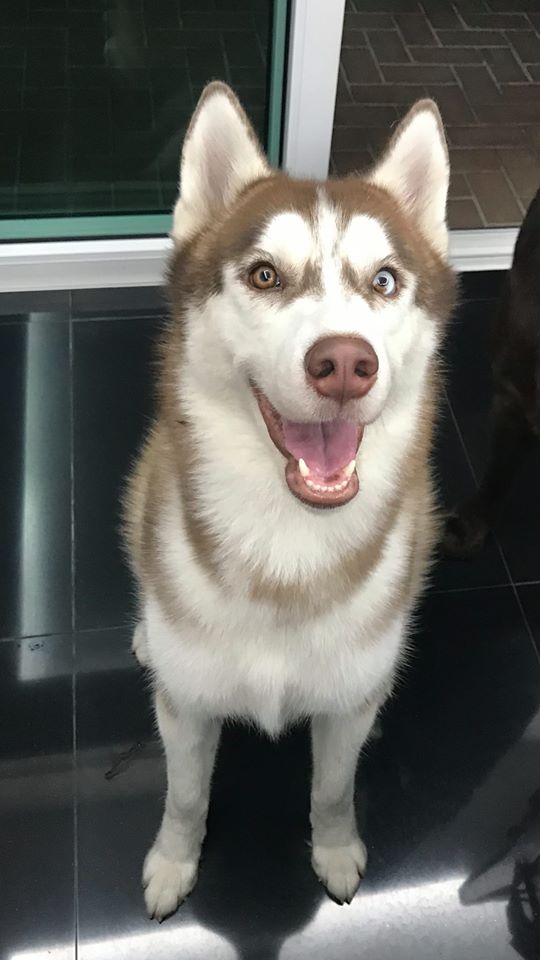