You might have heard fighter jets and helicopters zooming past overhead lately, signifying that preparations are underway for National Day 2021.

The rehearsals are now in full swing, as the 3rd round took place in the Marina Bay area on Saturday (17 Jul).

This drew large crowds to the vicinity as many tried to catch a glimpse of the parade. 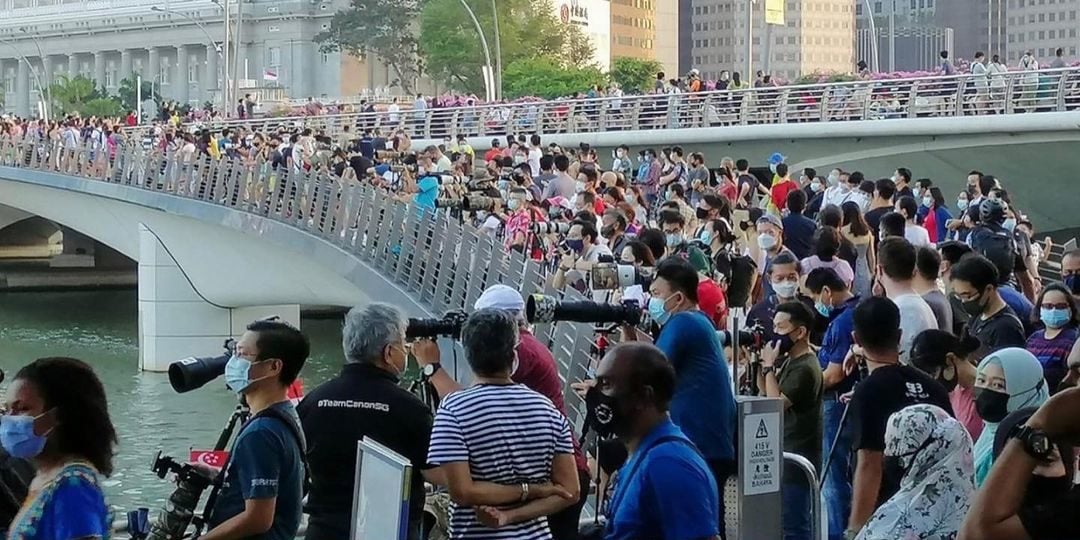 The sight of such crowds prompted many netizens to raise their concerns about safe distancing.

As Singapore held its NDP 2021 rehearsals on 17 Jul, crowds gathered around the Marina Bay area to spectate.

Quite a number of them were photographers armed with cameras.

Many also gathered at Merlion Park. 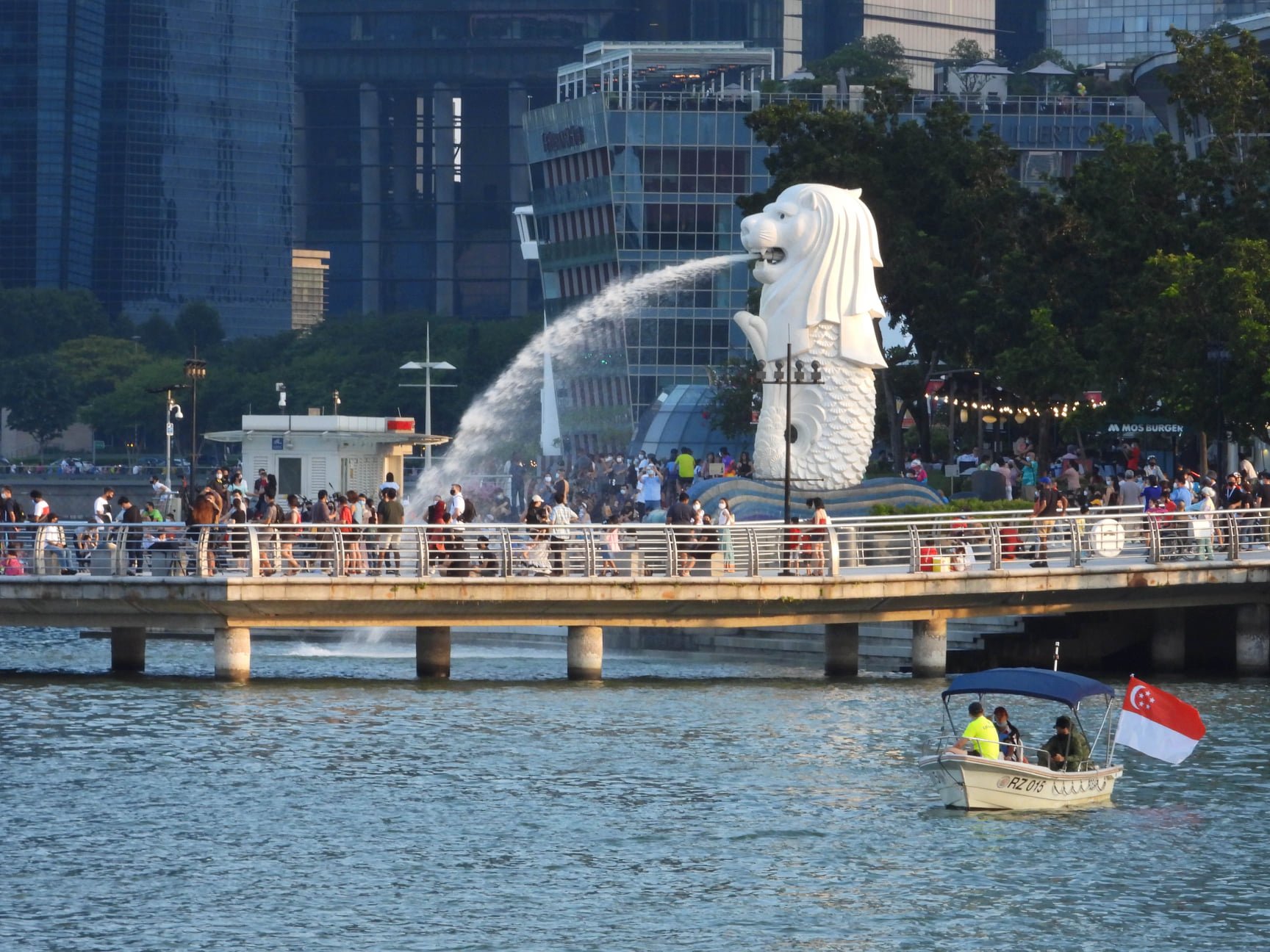 A similar situation can also be seen outside Marina Bay Sands. 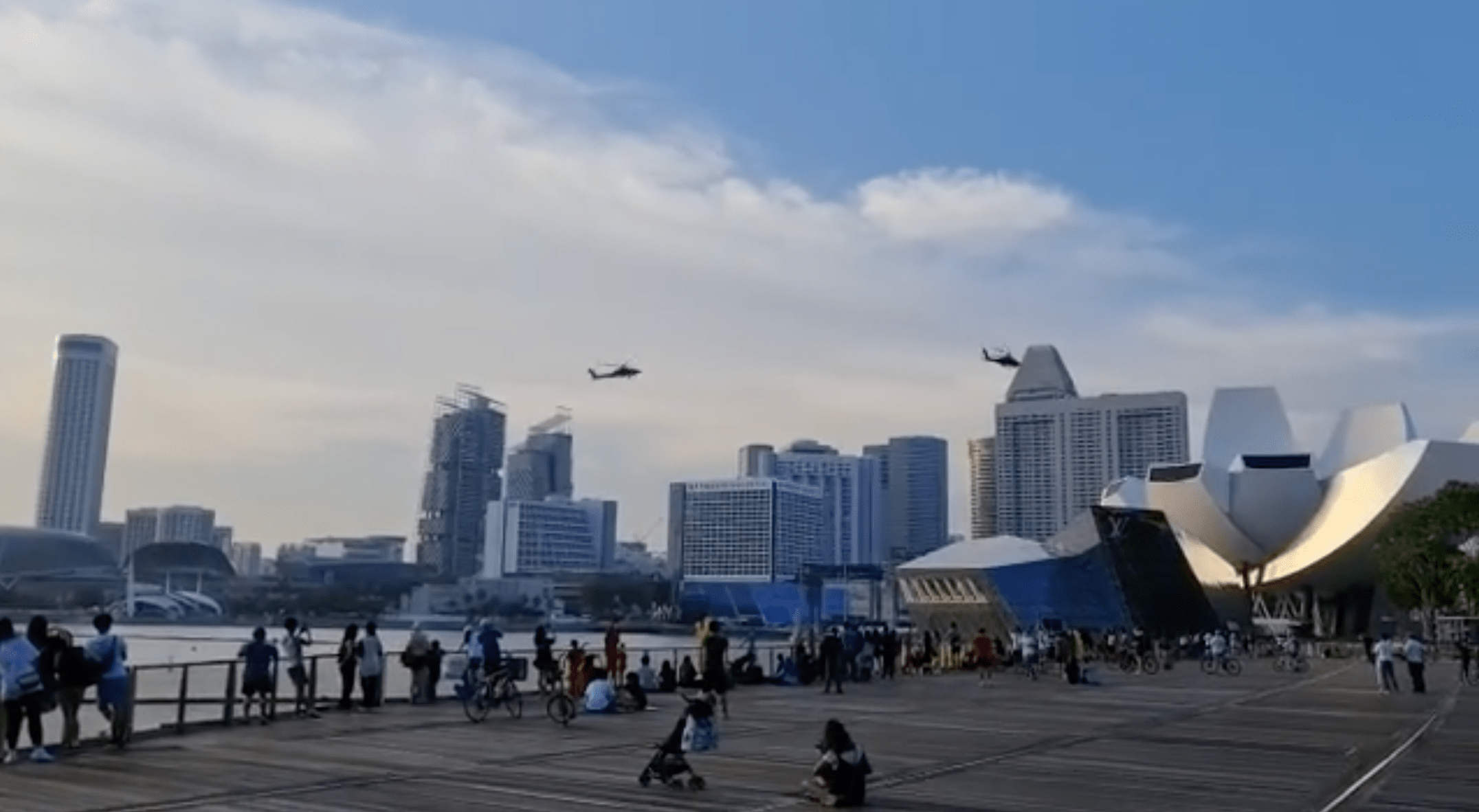 The crowd size swelled significantly during the aerial show, as we see hordes of people standing on the Esplanade and Jubilee bridges to watch the flypast. 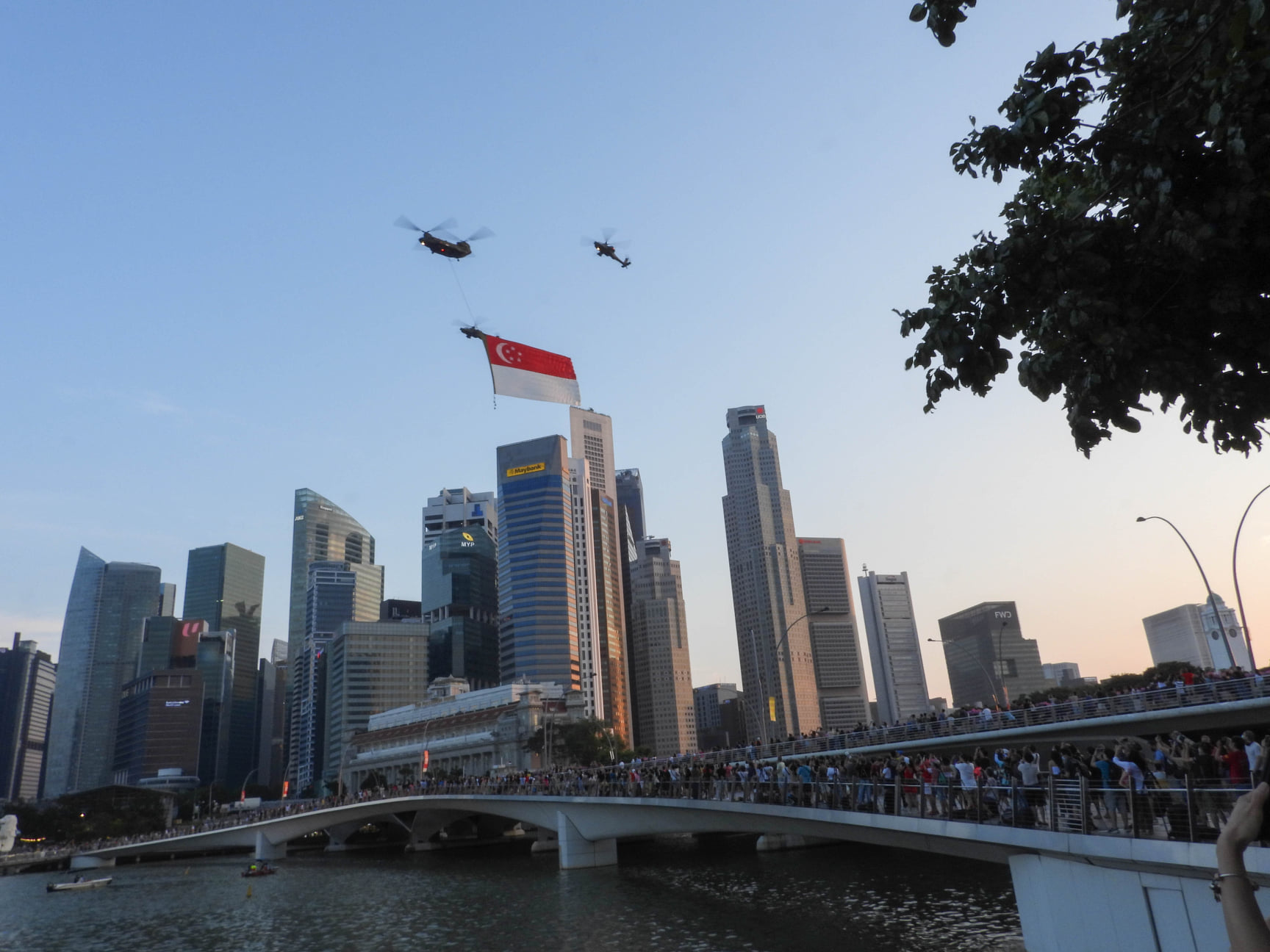 During the highly anticipated fireworks display, the area was also filled with large crowds reminiscent of pre-Covid days.

There also appears to be little to no social distancing observed.

Local singer-songwriter and playwright Dick Lee shared pictures of the NDP rehearsal crowds and expressed that more responsibility is needed in such situations. 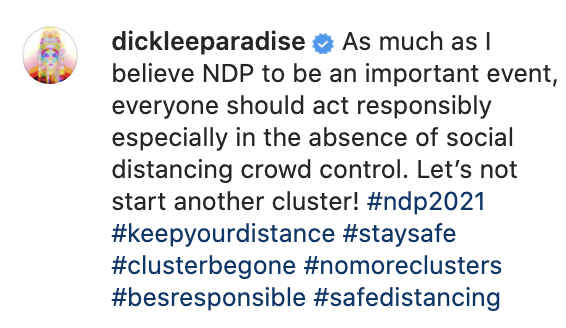 Many netizens echoed his thoughts, saying that the pictures of the crowds are very worrying.

Another netizen pointed out that there was no social distancing whatsoever.

He then went on to say that he hoped no new clusters would form from such a mass gathering.

NDP 2021 to be held with an in-person audience

NDP 2021 Will Be Held At The Float @ Marina Bay, Only Vaccinated People Can Attend

Unlike NDP 2020, an audience can attend the event this year, providing that they’re all fully vaccinated.

Understandably, Singapore residents are excited to watch NDP rehearsals. After all, NDP is an annual event many look forward to.

However, amidst an ongoing pandemic, gathering in large groups poses many risks.

So no matter where we venture, remember always to exercise responsibility and abide by safe distancing rules.