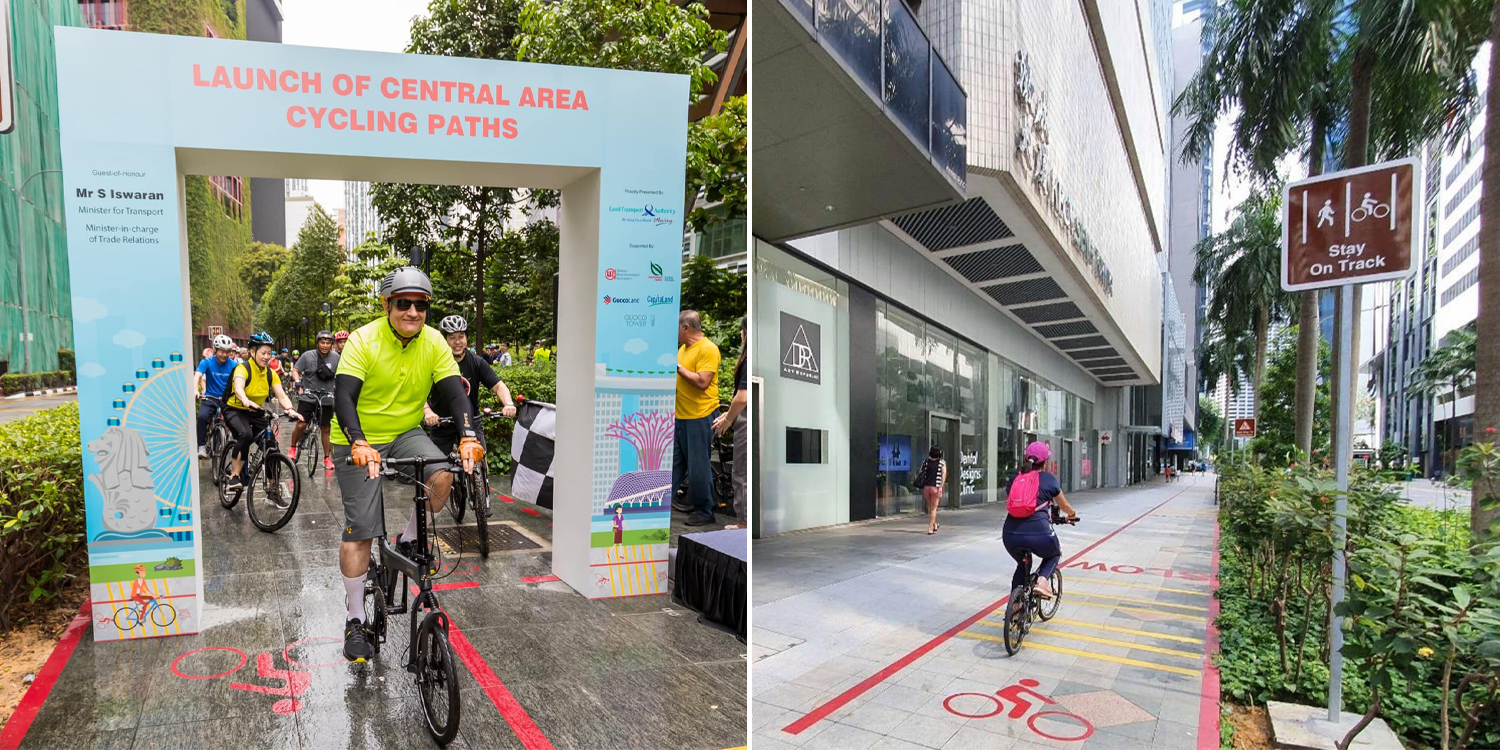 Lockers, showers, and changing rooms have also been developed in the area.

6km Of New Cycling Paths Launches In CBD On 27 Nov 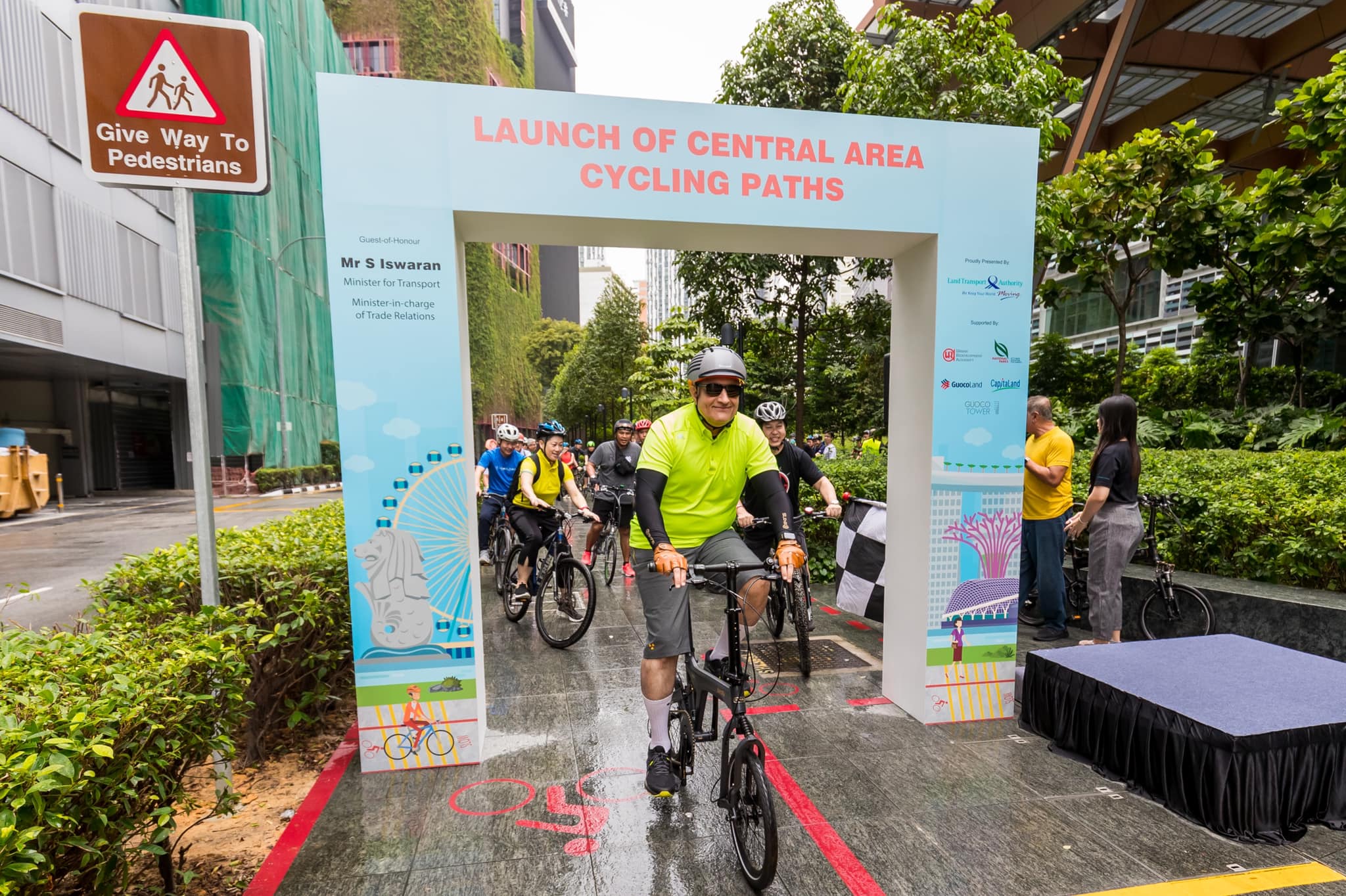 With this expansion, Singapore’s cycling network in the area now spans 21km.

At the launch event in Tanjong Pagar, Transport Minister S Iswaran said the area has great potential to make walking and cycling the preferred mode of transport.

On Sunday (27 Nov), LTA launched 6km of new cycling paths in the CBD area from Clarke Quay to Bayfront and Tanjong Pagar. 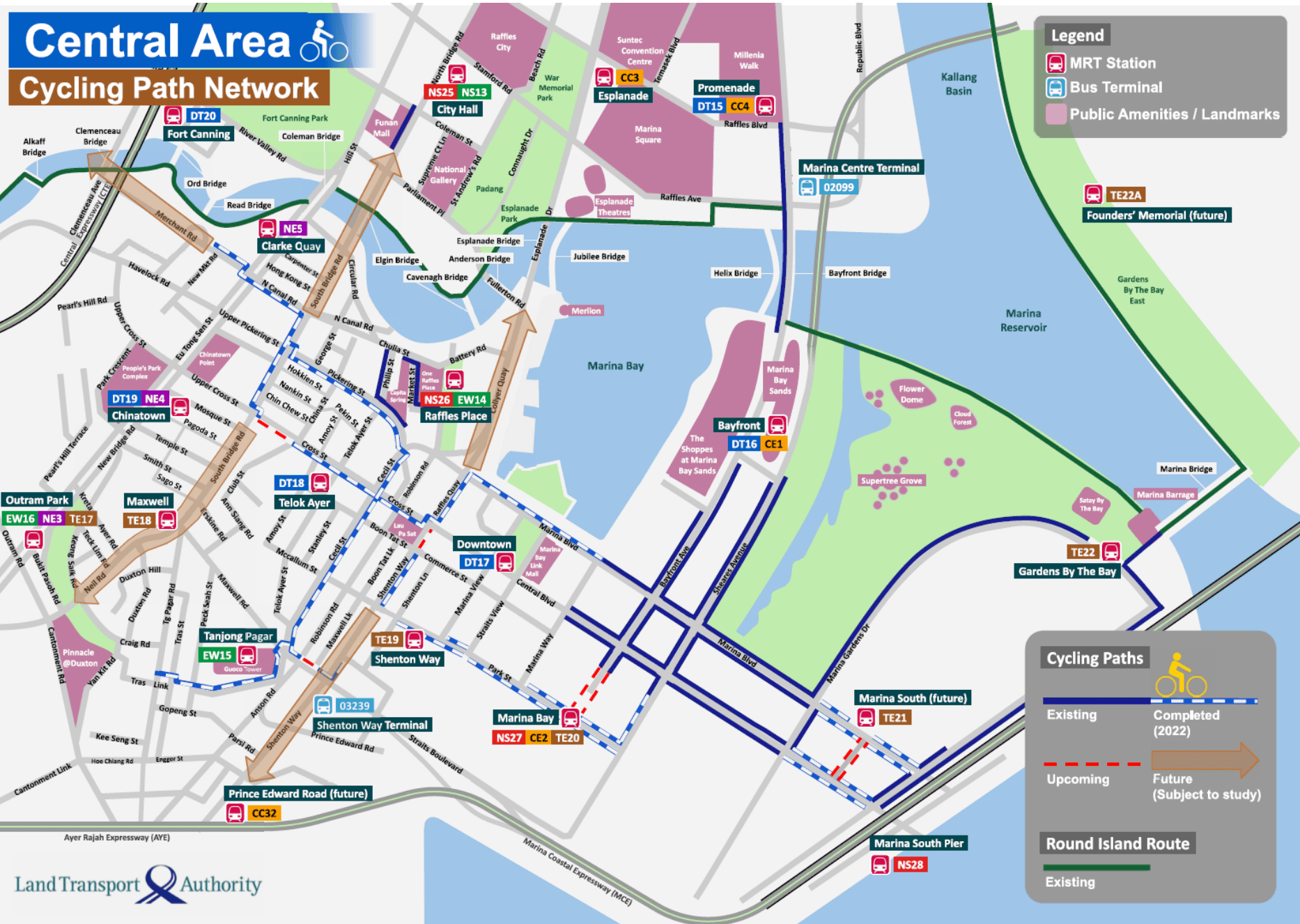 The authority shared that these new cycling paths link popular areas like Marina Barrage with MRT stations and workplaces.

Along the roads near Telok Ayer MRT, Shenton Way MRT, and Cecil Street, cycling paths can be seen demarcated by a cyclist logo on the floor. The paths are also marked with solid or dashed red or yellow lines. These new additions bring cycling paths and park connectors in the area to 21km, with more still to come.

Besides that, 120 new bicycle parking spaces have also been added, bringing the total parking spaces available around the area to 4,800, reported The Straits Times (ST).

On Sunday (27 Nov), Mr Iswaran said the added paths are part of plans to expand Singapore’s cycling network across the island. 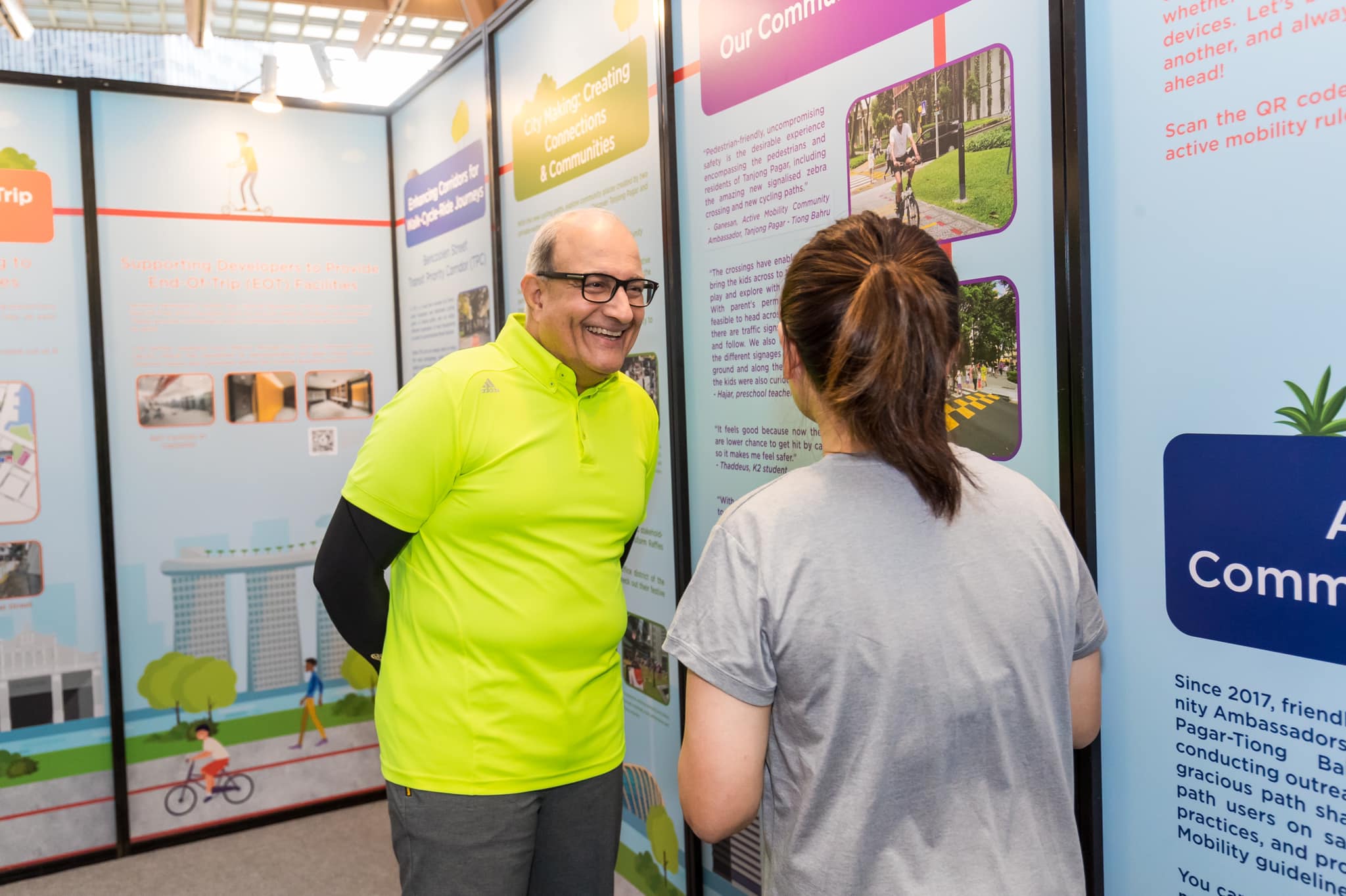 “Here in the Central Business District and heritage district, there is great potential to make walking and cycling the preferred way to get around”, he said.

To facilitate this, LTA has also tapped into the Active Commute Grant (ACG) to provide more end-of-trip facilities for cyclists.

There have been 14 such developments in the area, including lockers, showers, and changing rooms.

ST reported that during the event, Mr Iswaran said the provision of such paths is part of Singapore’s strategy to encourage people to walk or cycle to commute.

This is a core strategy for making the transport sector greener and more sustainable, contributing to Singapore’s goal of reaching net zero carbon emissions by 2050.