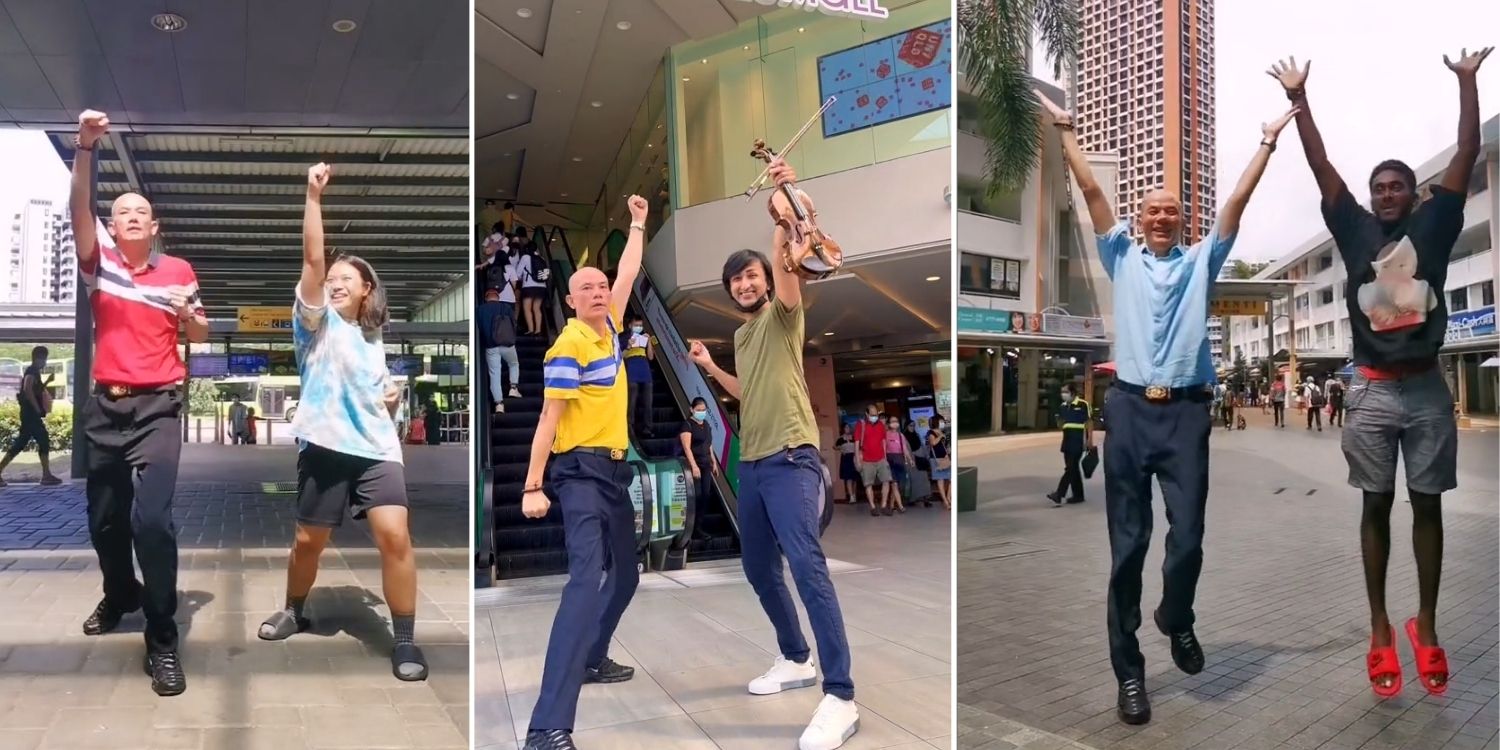 Thanks for meeting. Be happy.

There is no set recipe for success when it comes to internet trends. Sometimes, even the oddest of things can go viral.

Those who recently found themselves trapped in the endless scroll of TikTok videos would have seen a certain Mr Raymond, who has captured the hearts and smiles of Singaporeans with his signature dance routine at various MRT stations.

Although Mr Raymond started dancing alone, he has now amassed a fervent fan base that will travel across Singapore to join him in his dance.

Dancing TikTok man uploads videos every day with his fans

The latest TikTok sensation from Singapore goes by the handle @raymondl88.

Although he started posting TikTok videos in late-2021, his now-iconic dance routine only gained traction this April.

One of his first videos to go viral, amassing over 570,000 views at the point of writing, is of him breaking into his dance routine amidst a crowd of people crossing a junction in Ang Mo Kio.

Since then, he has uploaded videos of the same dance routine every day. Sometime in April, he started getting people involved in the videos.

Most folks who make appearances in his videos are students. While not necessarily familiar with the dance, they do their best to follow the routine.

Although a fair few of them feel paiseh about dancing in public, it’s wholesome seeing them give their all into the dance.

However, there are still fans clamouring to meet the man himself. They are even requesting him to head down to specific locations so fans could join in on the action.

As he moves between stations quickly, he has even started publishing a schedule of locations of where he’ll be.

And if you’re wondering how it all looks behind the camera, folks have also filmed behind-the-scenes videos of his TikToks clips — they show crowds circling him as they break into the all-familiar dance.

There’s even a cute encounter of Mr Raymond signing a student’s PE T-Shirt. The girl ran off gleefully after having her shirt autographed.

While we can’t pinpoint exactly what it is, there’s something quite wholesome about the Mr Raymond experience that brings a smile to one’s face.

Spreading positivity one dance video at a time

Although we don’t really know how and why Mr Raymond’s dance became viral, we’re totally here for it.

After all, he never fails to spread positivity whichever MRT station he ends up at.

Which MRT station would you like Mr Raymond to visit next? Be sure to leave your suggestions in the comments below.