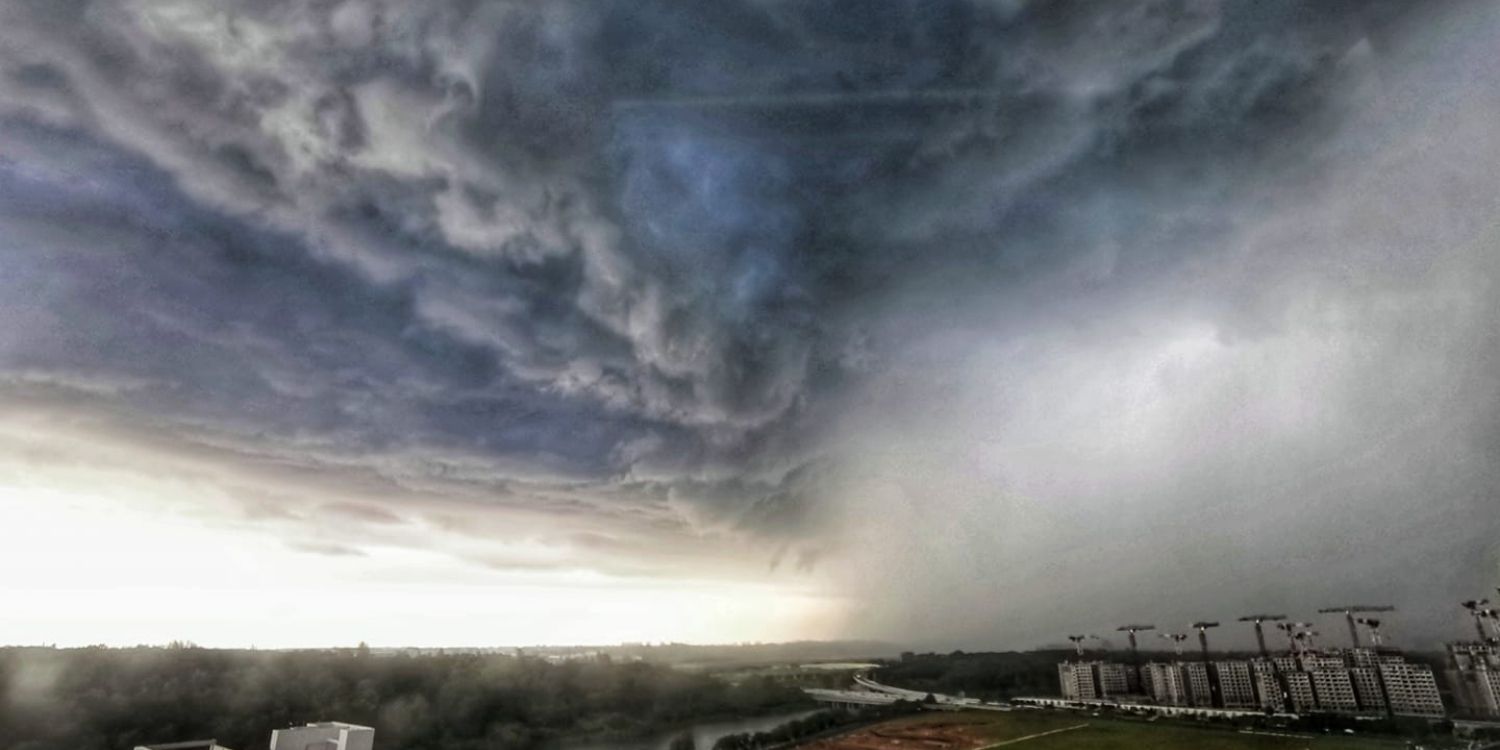 The rain stopped just in time for sunset, creating a glorious scene.

After 2021 started off with unusually wet weather, it’s gone to the other extreme in the last week or so.

But on Saturday (23 Jan), we had some brief relief from the heat in the late afternoon, with an intense rainstorm breaking out over the island. 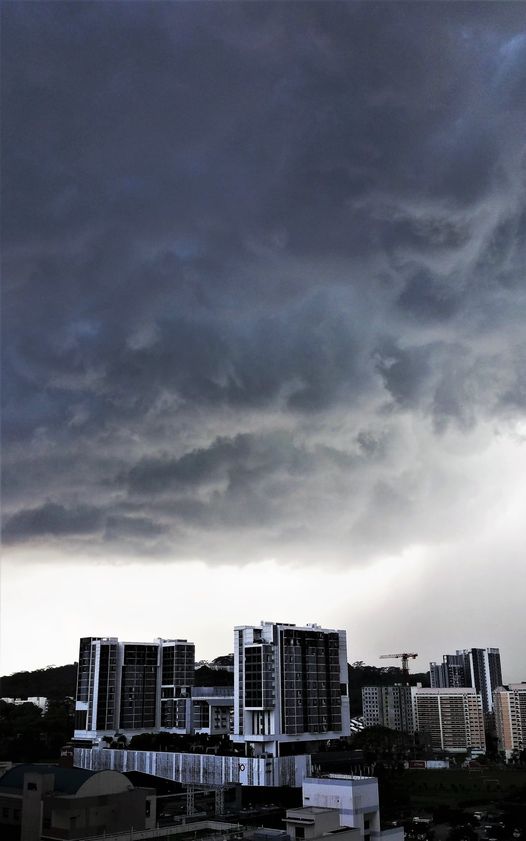 Those who were lucky enough to catch sight of them just before it started pouring shared dramatic photos online.

Skies bright with many clouds in early afternoon

At about 2pm on Saturday (23 Jan), the skies were still bright with many clouds. 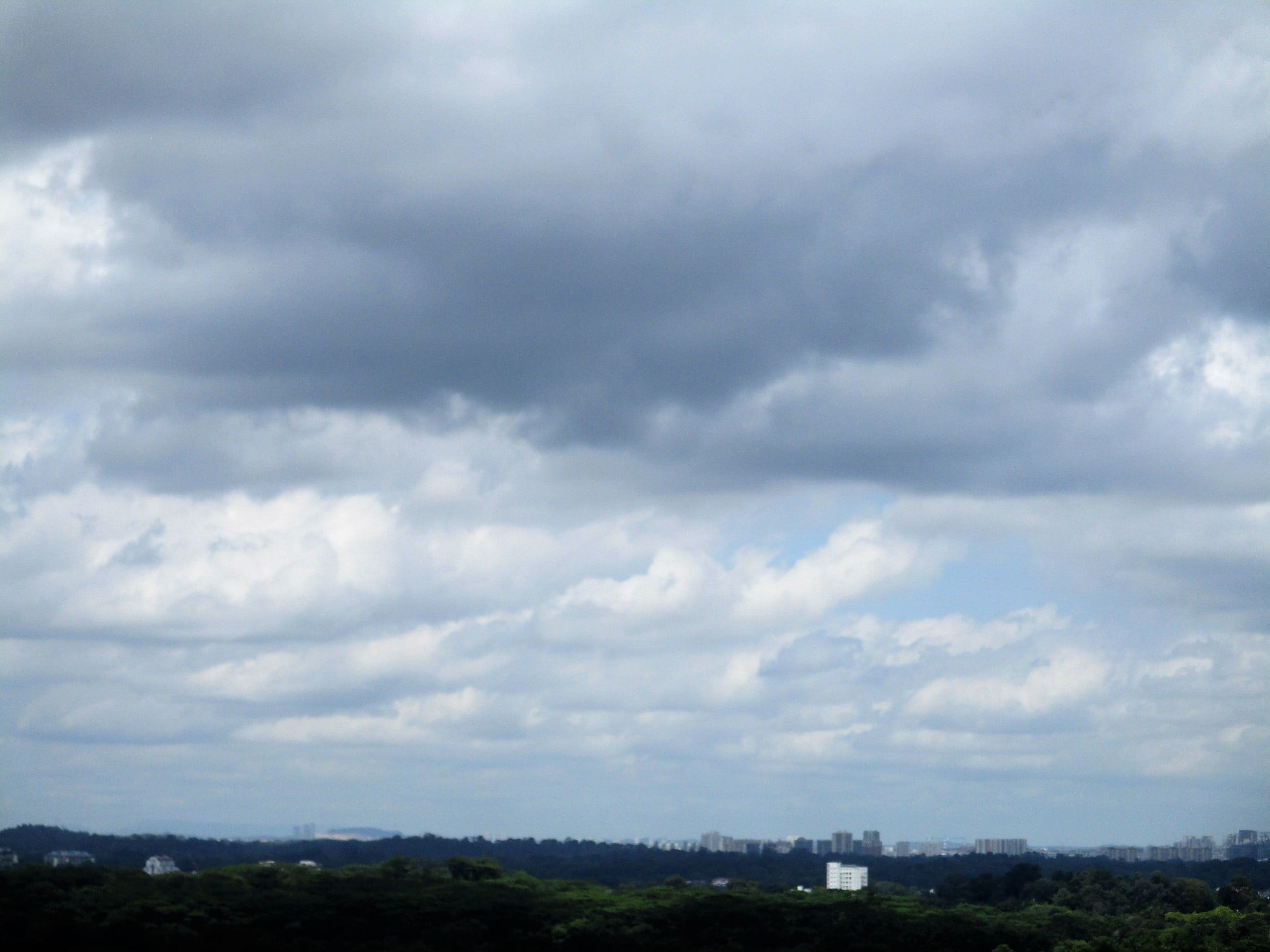 However, some of the clouds had a tinge of darkness in them.

Dark clouds a portent of rain

When dark clouds form, they’re usually quite a reliable portent of rain, especially in a small country like Singapore.

The netizen who snapped the following photo would have correctly predicted the downpour to come – the clouds look like they could be coming straight for the flats in the lower right corner. 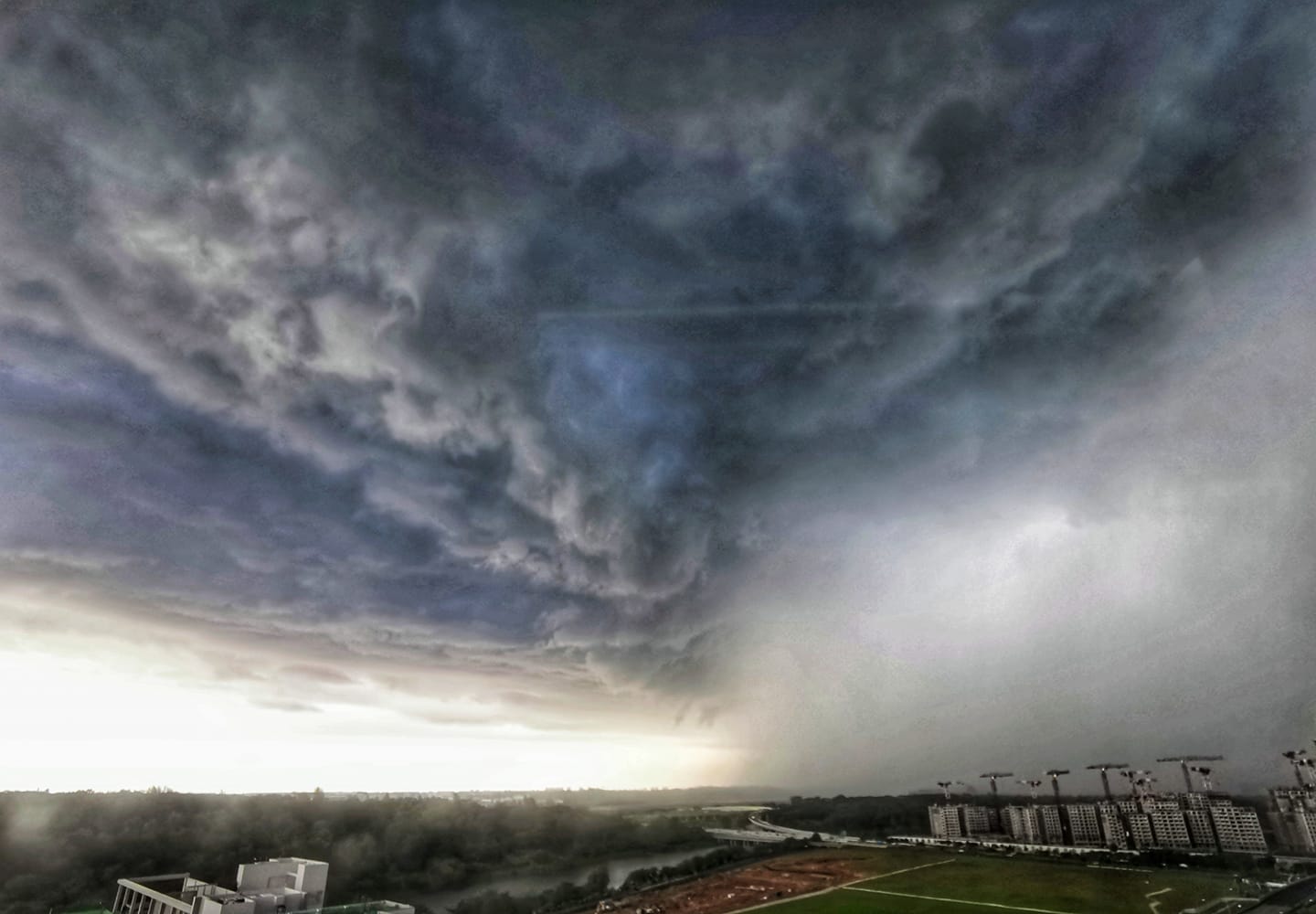 According to her, after she took the photo it started coming down in 3 minutes. Those in the town area weren’t spared either, as storm clouds were seen there too. 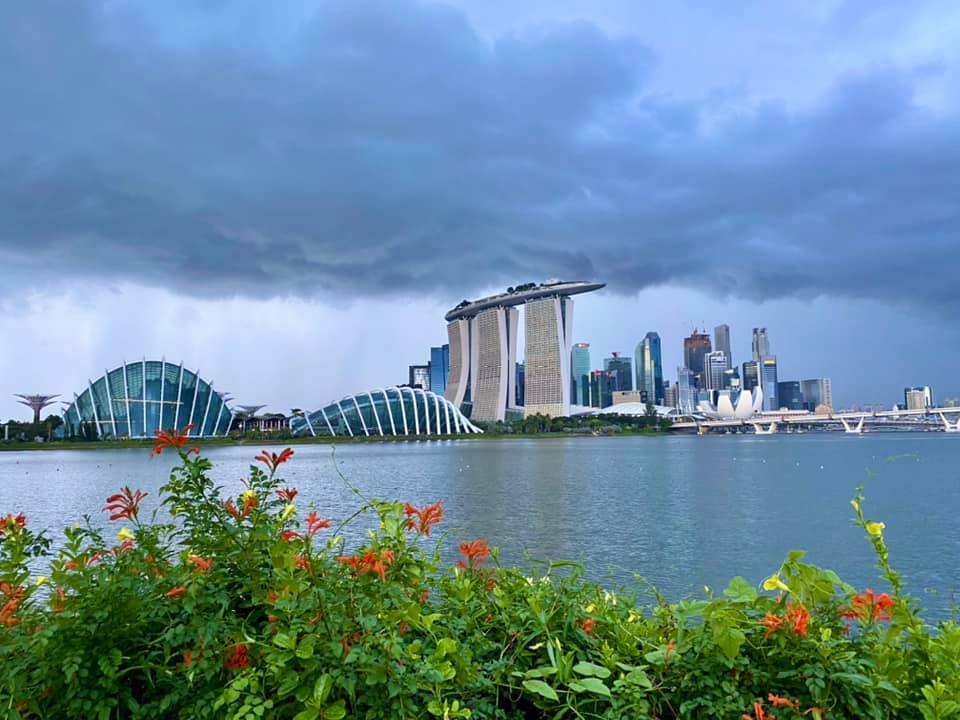 This netizen who took this photo seems to be near Gardens By The Bay. 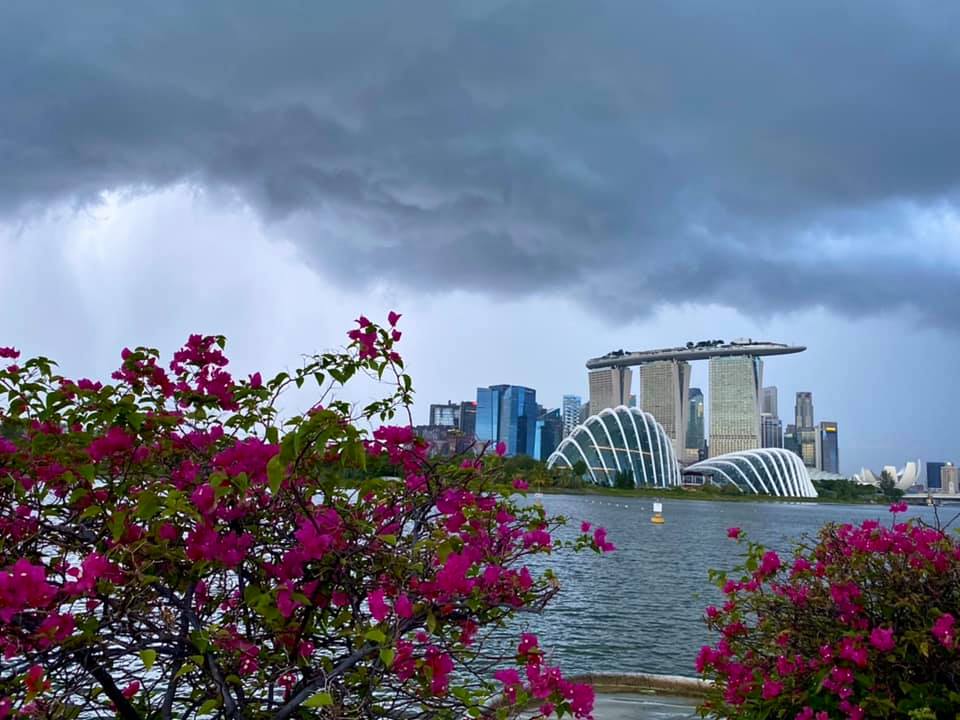 Hopefully, she brought an umbrella.

Dark clouds can be pretty too

Though ominous-looking, dark clouds can be pretty too, as seen from his beautiful photo. The rain started receding at about 6pm plus, just in time for sunset.

If you think the clouds were stunning, several netizens captured the scene when the setting sun combined with the dark clouds to form a stark contrast.

It led to a glorious sight, akin to seeing heaven break through the shadows. The contrast made the sunlight seem to glow even brighter. 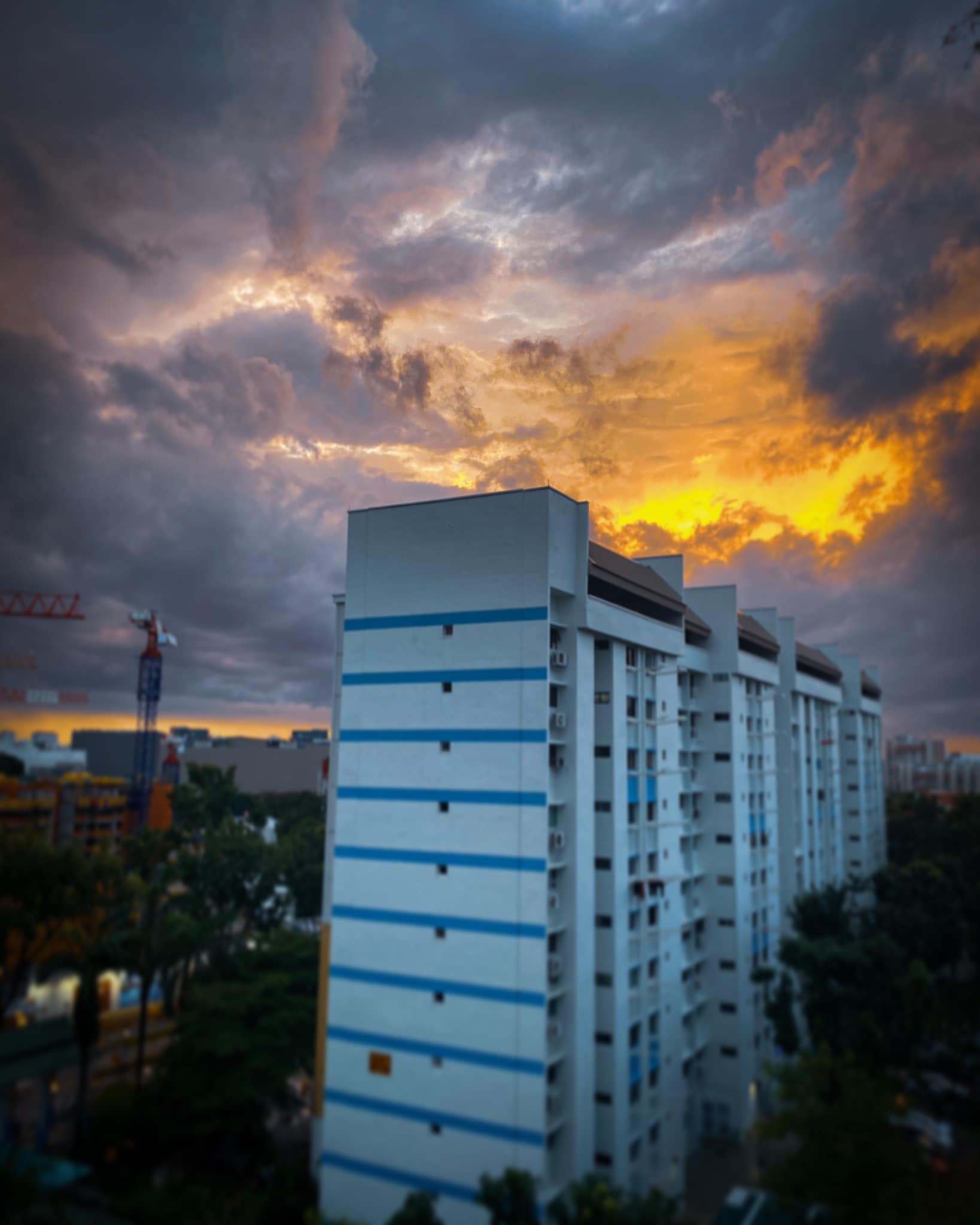 It was as though we were being rewarded for persevering through the rain. Even as the sun set and sky turned dark, light could still be seen peeking through the clouds till the very last moment.

While Singapore’s erratic weather can be annoying at times, the short burst of heavy rain just before the sunset on Saturday also set up some dramatic scenes indeed.

The menacing dark clouds announced that some rain was coming to relieve us from the heat, and the sunset that followed combined with them to create views of unparalleled beauty.

It shows that just because Singapore doesn’t have 4 seasons doesn’t mean our climate is boring.