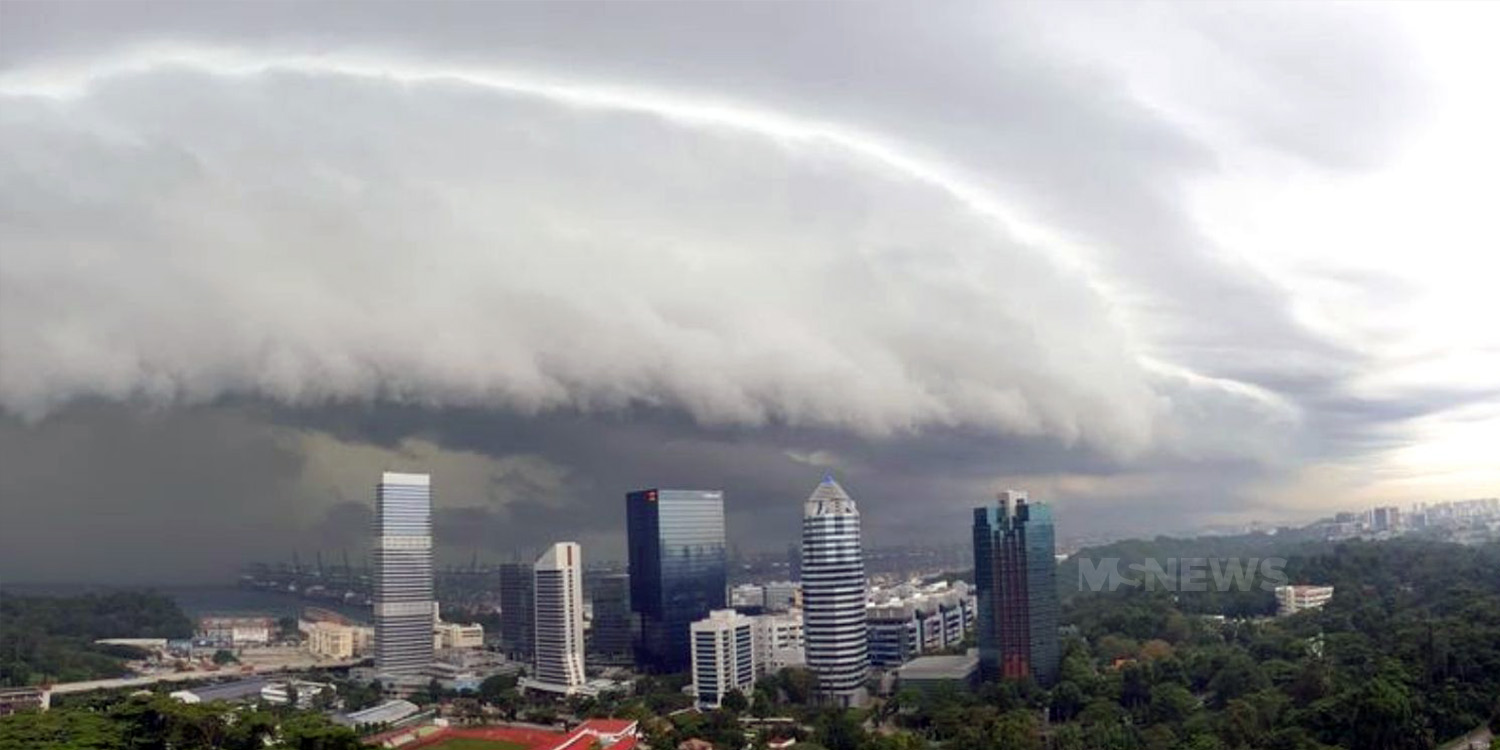 With the La Nina phenomenon taking place in Southeast Asia, countries like Singapore are expecting torrential downpour during the monsoon season.

As many Singaporeans were about to get started with their days on Wednesday (2 Dec), they witnessed the formation of dark ominous clouds that forewarned us of the wet morning ahead. 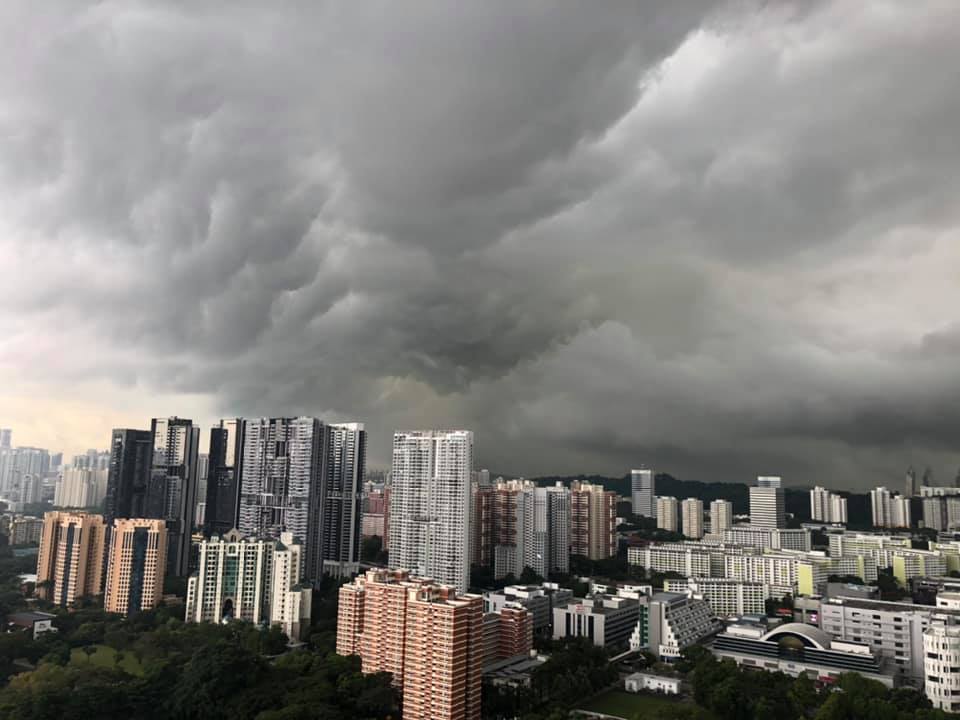 Some residents at Telok Blangah even managed to catch a glimpse of majestic yet sinister shelf clouds forming over the area. Shelf cloud seen hovering above Telok Blangah at around 8.30am

According to MS News reader Tan Zi Wei, the footage was captured at around 8.22am on Wednesday (2 Dec). However, as he whipped out his phone to capture the phenomenon, the bottom clouds apparently started growing, eventually resulting in a shroom-like shelf cloud. 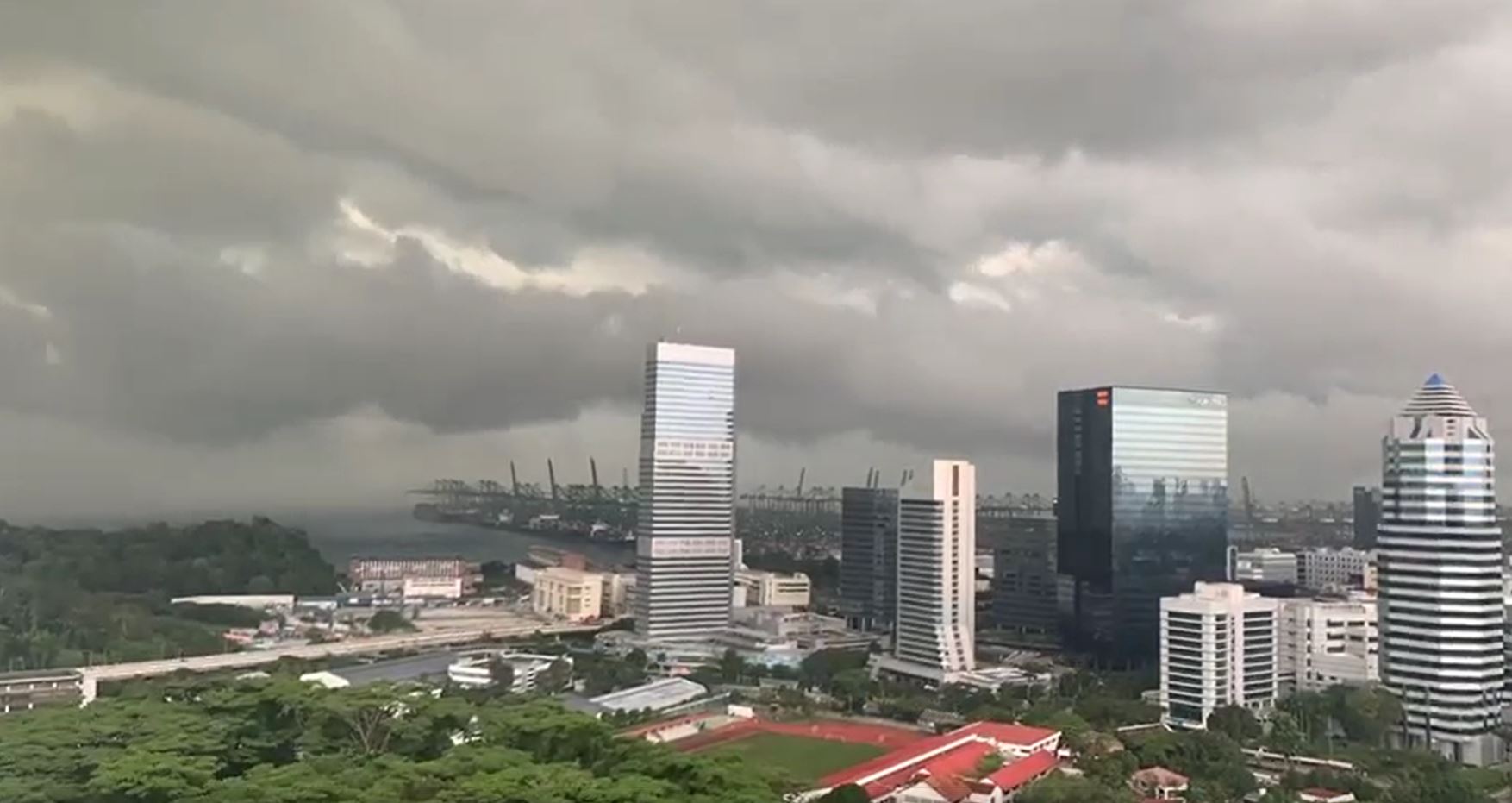 The cloud, which also bears resemblance to the hood of a jellyfish can be seen hovering above several skyscrapers in the area.

Another netizen also bore witnessed to a similar phenomenon in the “western and southern” regions of Singapore. 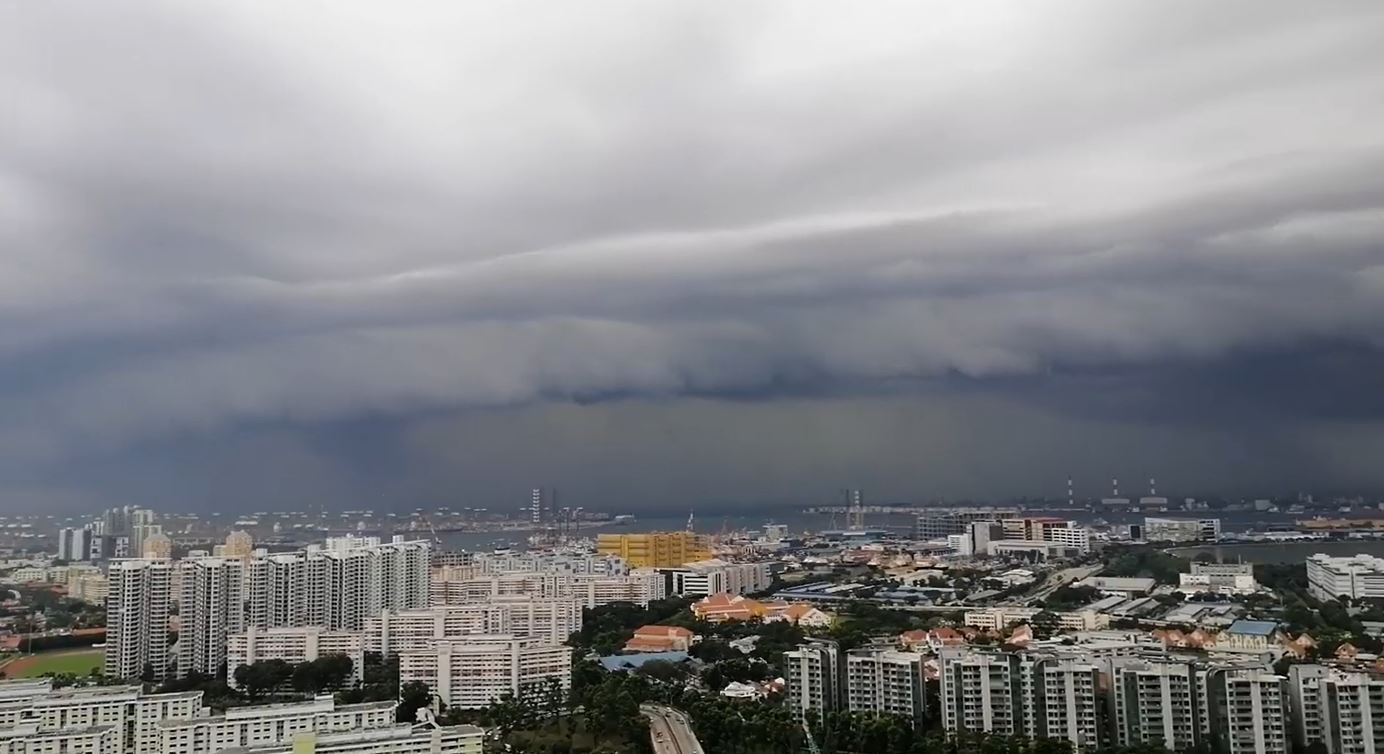 Sure enough, it started pouring in the area shortly after the emergence of the shelf clouds. 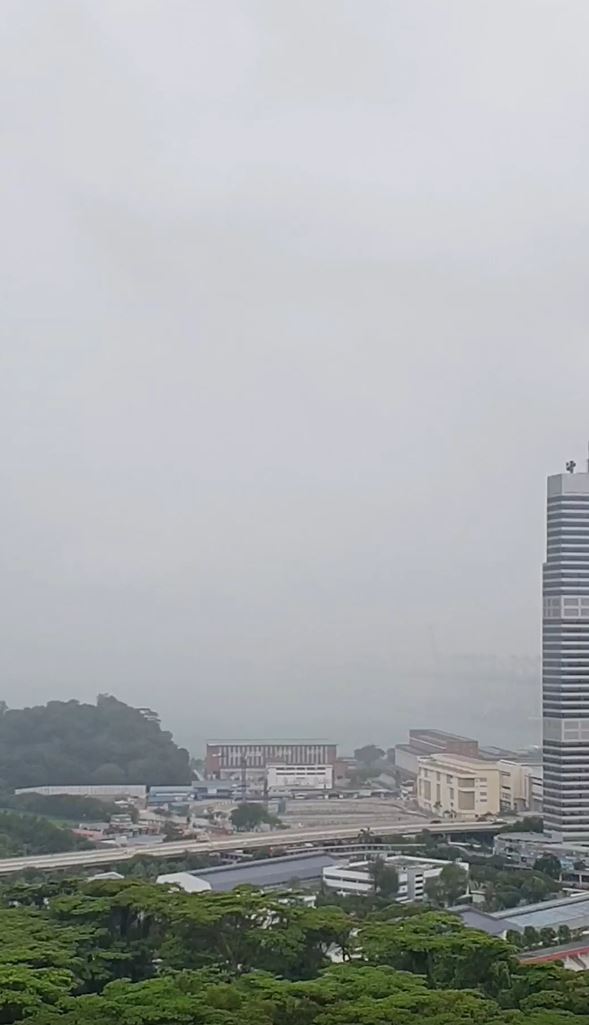 Shelf or arcus clouds are formed by low-hanging formation that typically happens at the “leading edge” of a gust front in a thunderstorm. 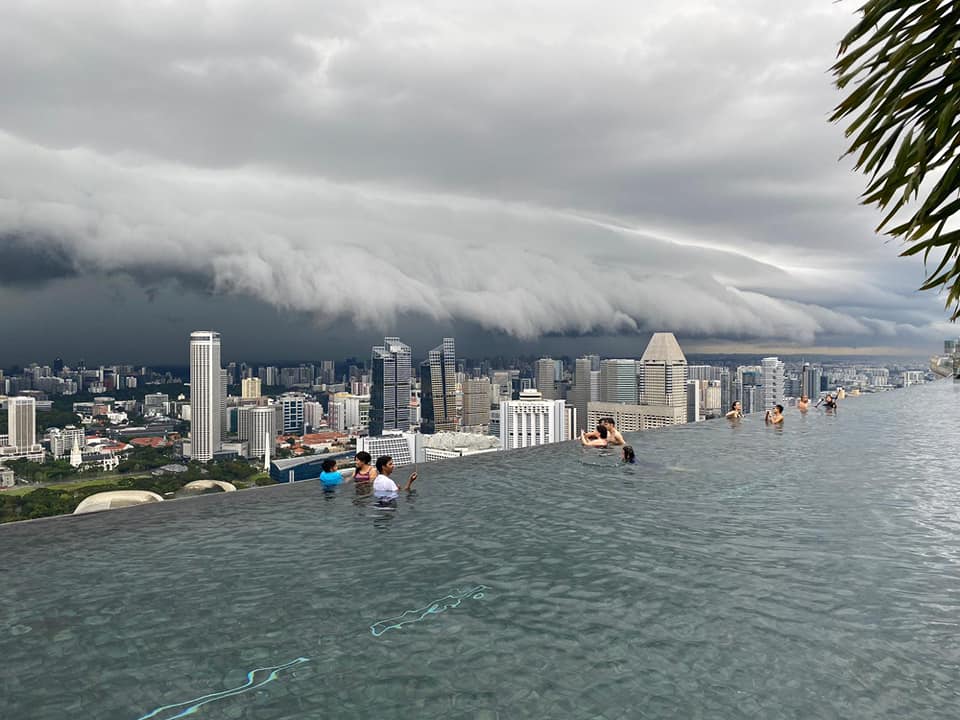 Though not harmful in nature, the shelf clouds serves as a warning sign for incoming strong winds.

Though the downpour might have inconvenient those on their way to work, the cooler temperature that came with it must have been a much-appreciated reprieve from the heat yesterday.

Did you manage to capture images of the shelf cloud yourself? Share them with us in the comments below.