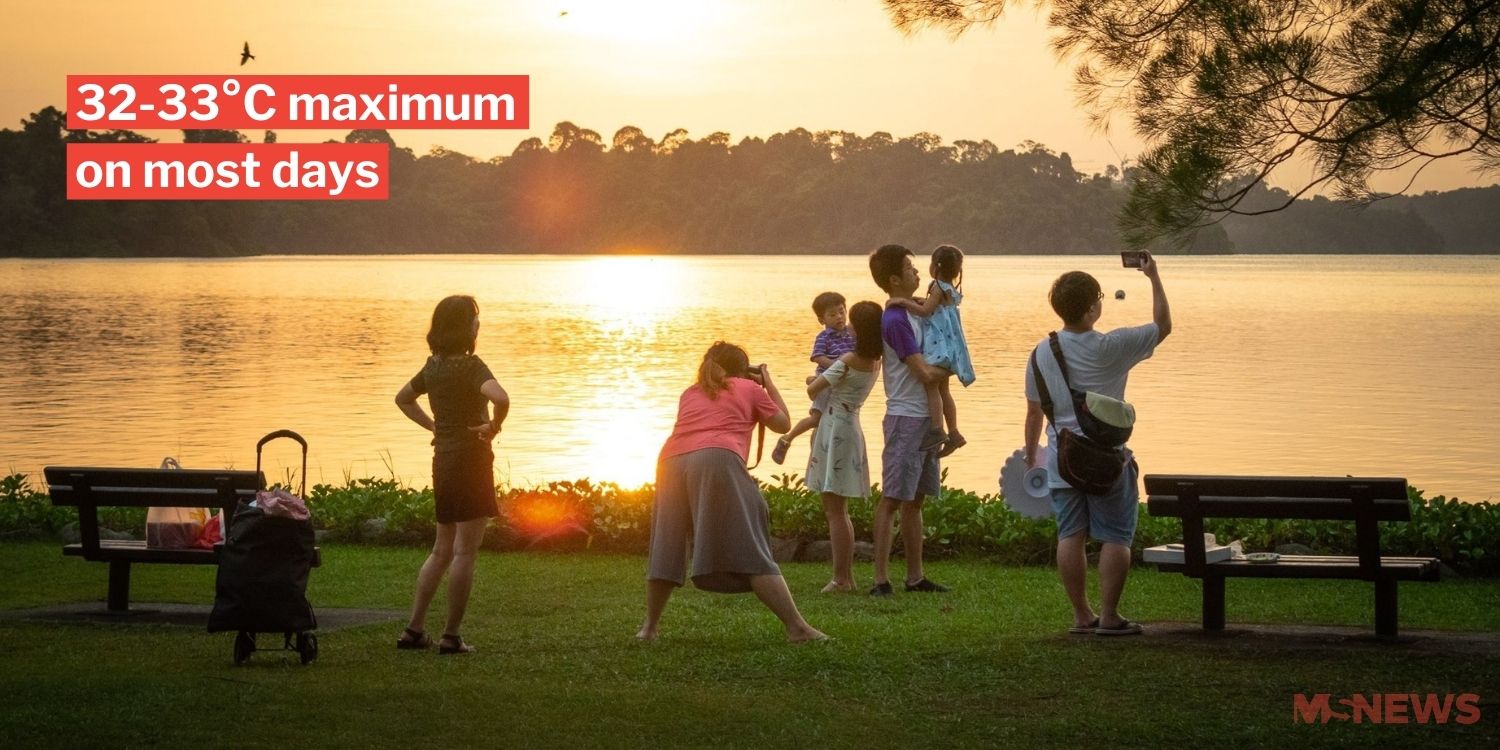 NEA Expects Below-Normal Rainfall For Rest Of Jan, Temperature To Go Up To As High As 34°C

The 1st 2 weeks of Jan were crazy, to say the least. So much rain fell over Singapore that the temperature became chillier than normal.

Singapore also saw environmental problems like from floods, landslides and tree fallings, as well as more potholes on our roads.

Those who got sick of the constant rain, lamenting how many outdoor activities couldn’t be done, will be glad to know they’ll finally be able to bask in the sun again. 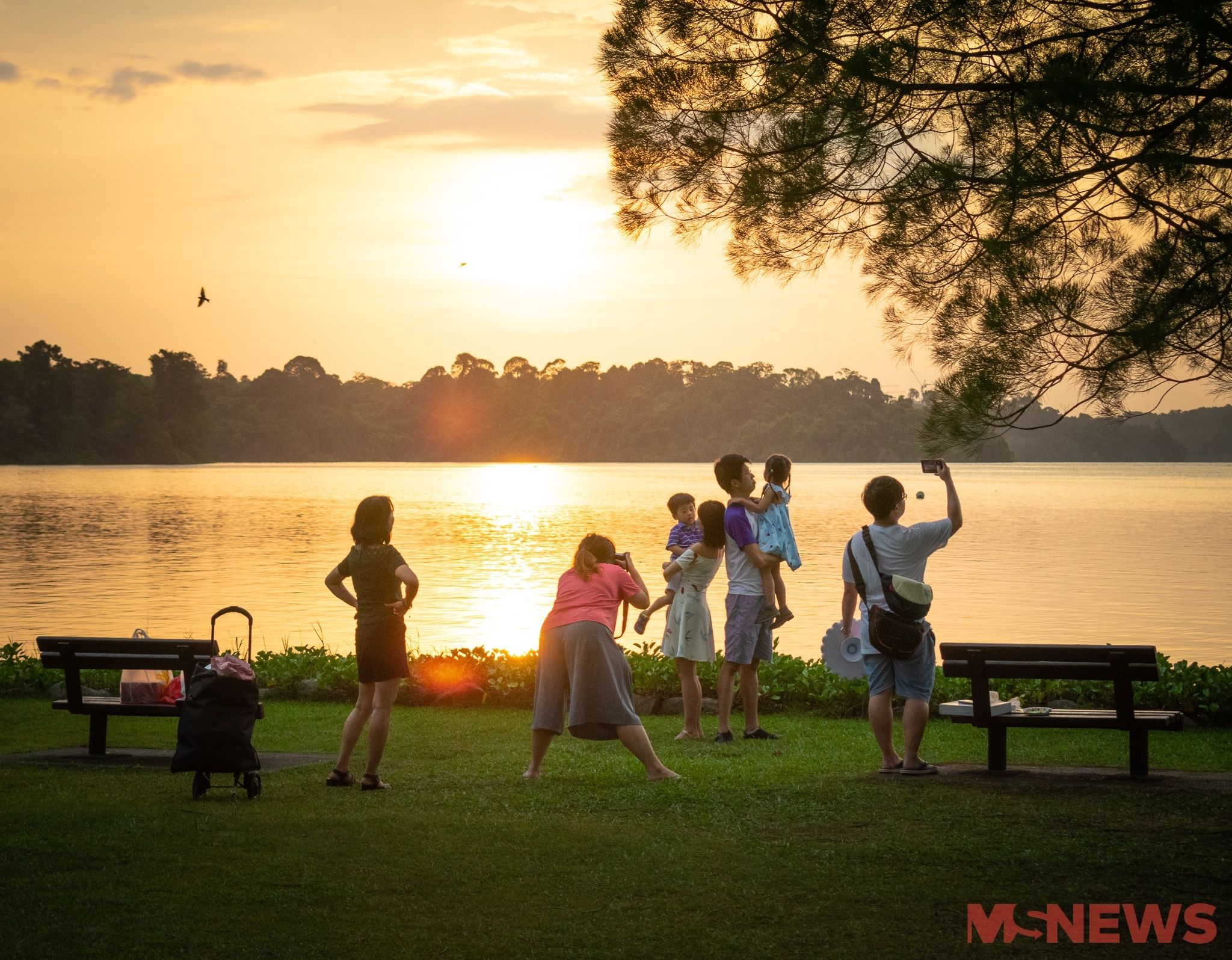 The 2nd half of Jan will be almost completely opposite from the 1st half – dry and warm conditions are predicted.

Rainfall to be below normal for 2nd half of Jan

In a weather advisory on Friday (15 Jan), the National Environment Agency (NEA) said the last 2 weeks of Jan will be “generally dry and warm”.

This is especially compared with the “exceptionally wet and cool” 1st 2 weeks of the month.

In fact, the rainfall is also expected to be below normal for the rest of the month.

Some rain still expected, mostly in the afternoon

That doesn’t mean that Singapore won’t have rain, though.

As to be expected in this country, there will be still be some rain.

Notably, thundery showers of short duration will occur mostly in the afternoon on some days, the NEA said. 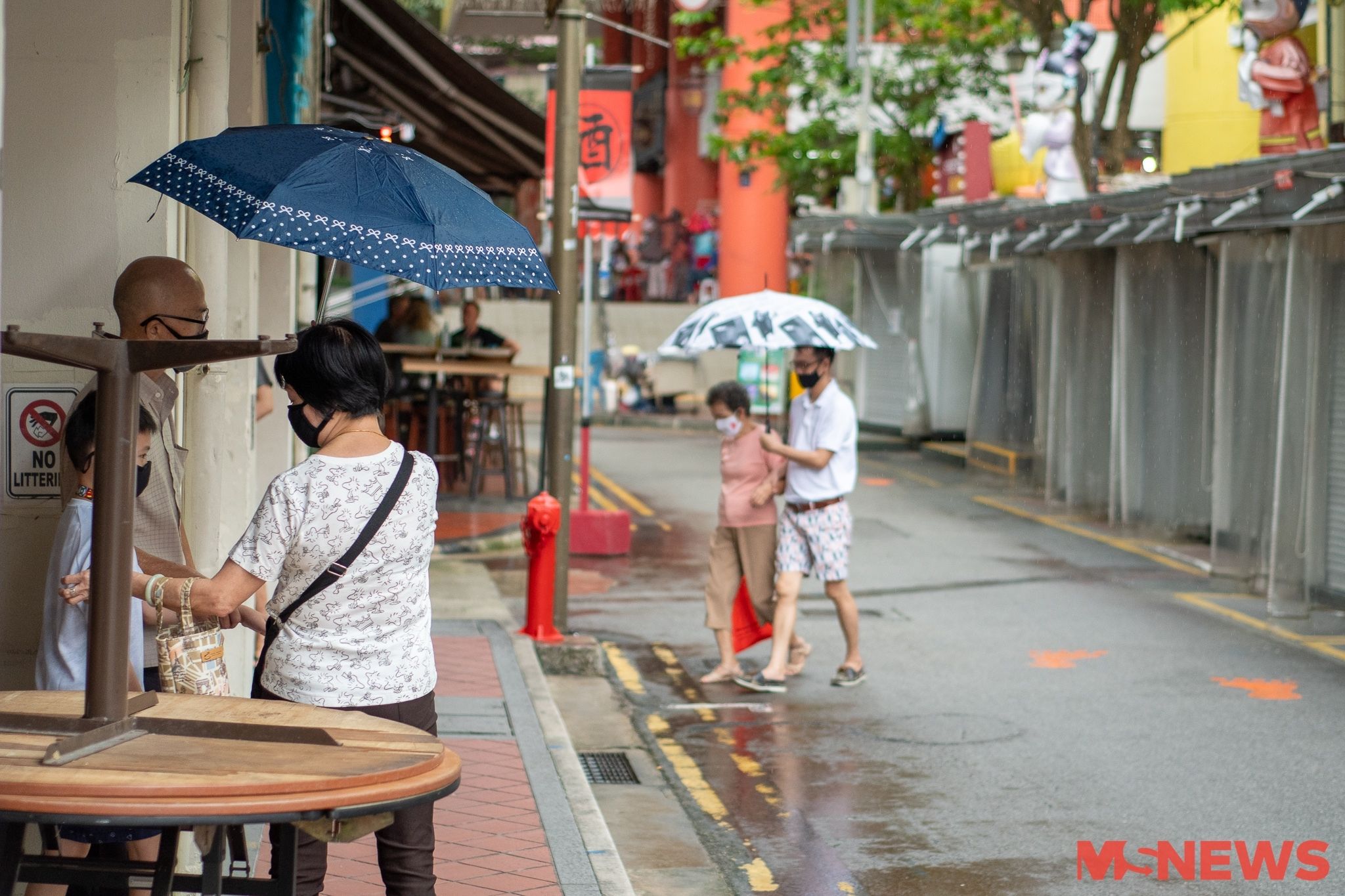 However, the rain will actually be due to the heat, as land areas warm up strongly in the daytime.

Occasional wind on a few days

We can also look forward to fair conditions with occasional wind on a few days.

This is due to “stable atmospheric conditions” resulting from a dry air mass hovering over equatorial Southeast Asia, the NEA said.

The Northeast Monsoon season will continue in Jan, with low-level winds blowing in from the northwest or northeast.

Temperature to hit a high of 34°C

Amid the rainy spell, we had gotten used to aircon weather that’s nice to sleep in.

Well, we’ll have to say goodbye to that in the 2nd half of Jan, with Singapore going back to its normal balmy weather.

It may even go up to as high as 34°C on some days, if there’s little or no rain and the winds are light. 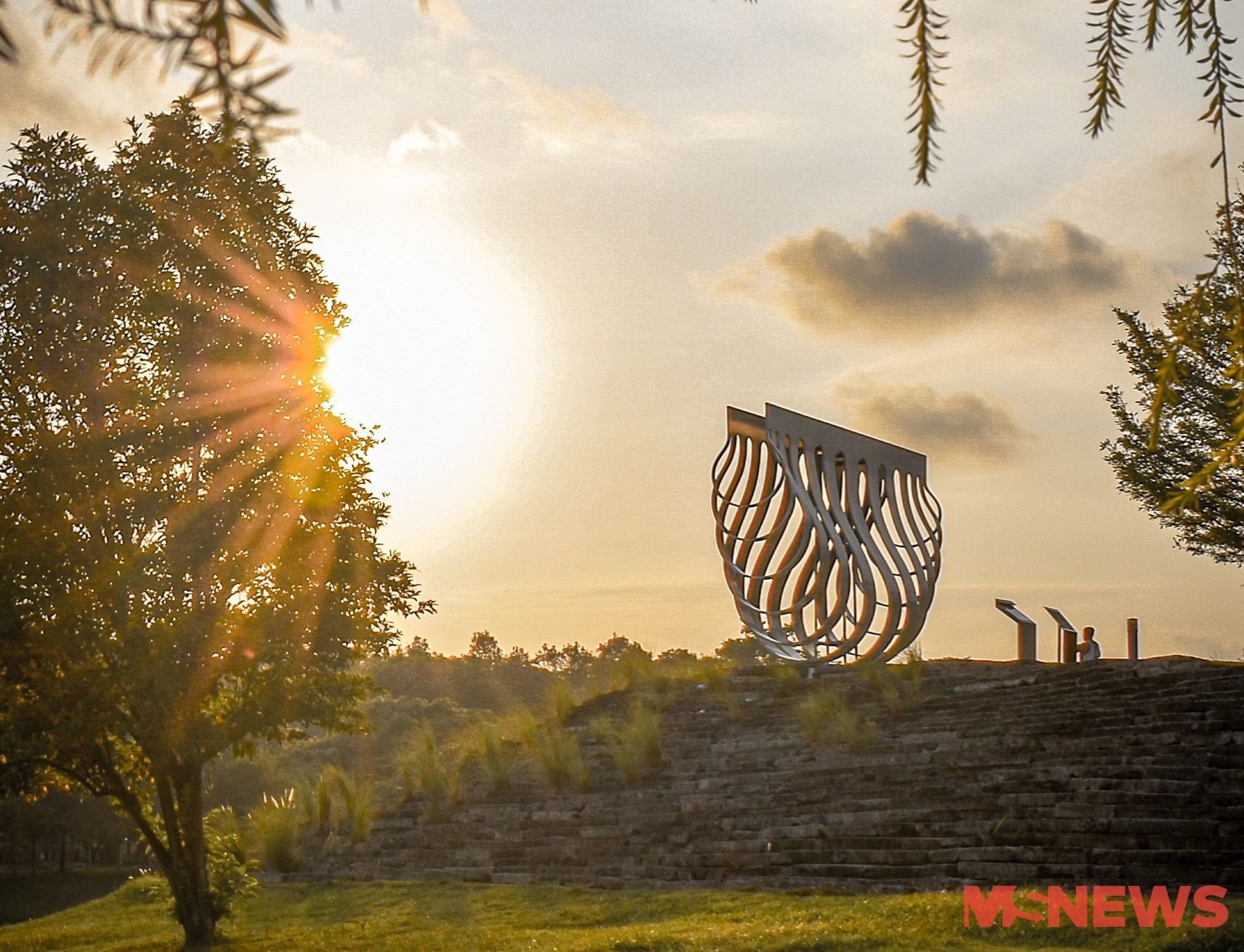 Guess it’s time to put your sweaters and long-sleeved tops back in the closet for now.

The warm weather coming up stands in stark contrast to the abnormally wet weather in the 1st half of Jan.

The 2nd monsoon surge, from 8-13 Jan, brought windy and rainy weather. It was coupled with a large-scale convergence of winds over Singapore and its surroundings.

As the 2 monsoon surges raged, the Changi climate station saw the highest daily rainfall recorded on both surges.

For the 1st surge, the highest daily total rainfall was 210.6mm, recorded there on 2 Jan.

For the 2nd surge, the highest daily total rainfall was 204.0mm, recorded there on 10 Jan.

Rainfall in Jan significantly above normal

That’s why even though rainfall will be below normal in the last 2 weeks of Jan, overall rainfall for the month is still projected to be above normal. 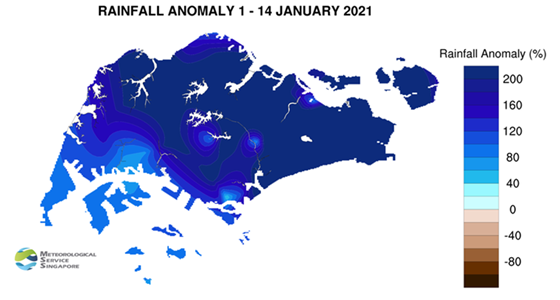 Changi recorded the highest anomaly in Jan, with rainfall there being 511% above average.

Jurong saw the lowest anomaly, but rainfall was still above average – by 153%.

In fact, this Jan is the wettest Jan in the last 30 years, the NEA said.

That means the rain that’s fallen so far this month makes it the 2nd wettest Jan in record.

Maximum temperature below 30°C on most days

The NEA also confirmed what we felt – the 1st 2 weeks of Jan were “exceptionally cool” due to the abnormal rain.

The daily minimum temperature was below 24°C from 1-5 Jan.

The winds were also stronger than usual in the 1st half of Jan.

The highest maximum wind gust in the whole of Singapore was 70.2km/h recorded at Admiralty, also on 12 Jan.

Now that we’re past the worst of the monsoon surge, perhaps Singaporeans can enjoy a change in the weather – just in time for the weekend.

Time to head out to our nature parks or the beach to enjoy the relative lack of rain while it lasts.