It's not every day you get to shout "Eh!" at David Beckham.

David Beckham is someone who needs no introduction. After all, the former English football captain has made a name for himself with his illustrious career.

Over the weekend, some very lucky children had the privilege of training with the sports icon himself, who was in Singapore, at a football clinic.

Beckham later shared a video from the session on his Instagram.

In the clip, a boy can be heard shouting “Eh!” at a distracted Beckham to get his attention during an exercise.

Beckham then good-naturedly responded with “Ah okay, sorry” and quickly turned back to play with the boy.

On Saturday (18 Jun), Beckham shared a video of himself playing with a group of boys at the ‘We Got This’ football clinic, which was held at The Arena.

The short clip shows him defending the children in a drill where they take turns kicking a ball past him. In his caption, the star praised the kids as having “a lot of potential”. 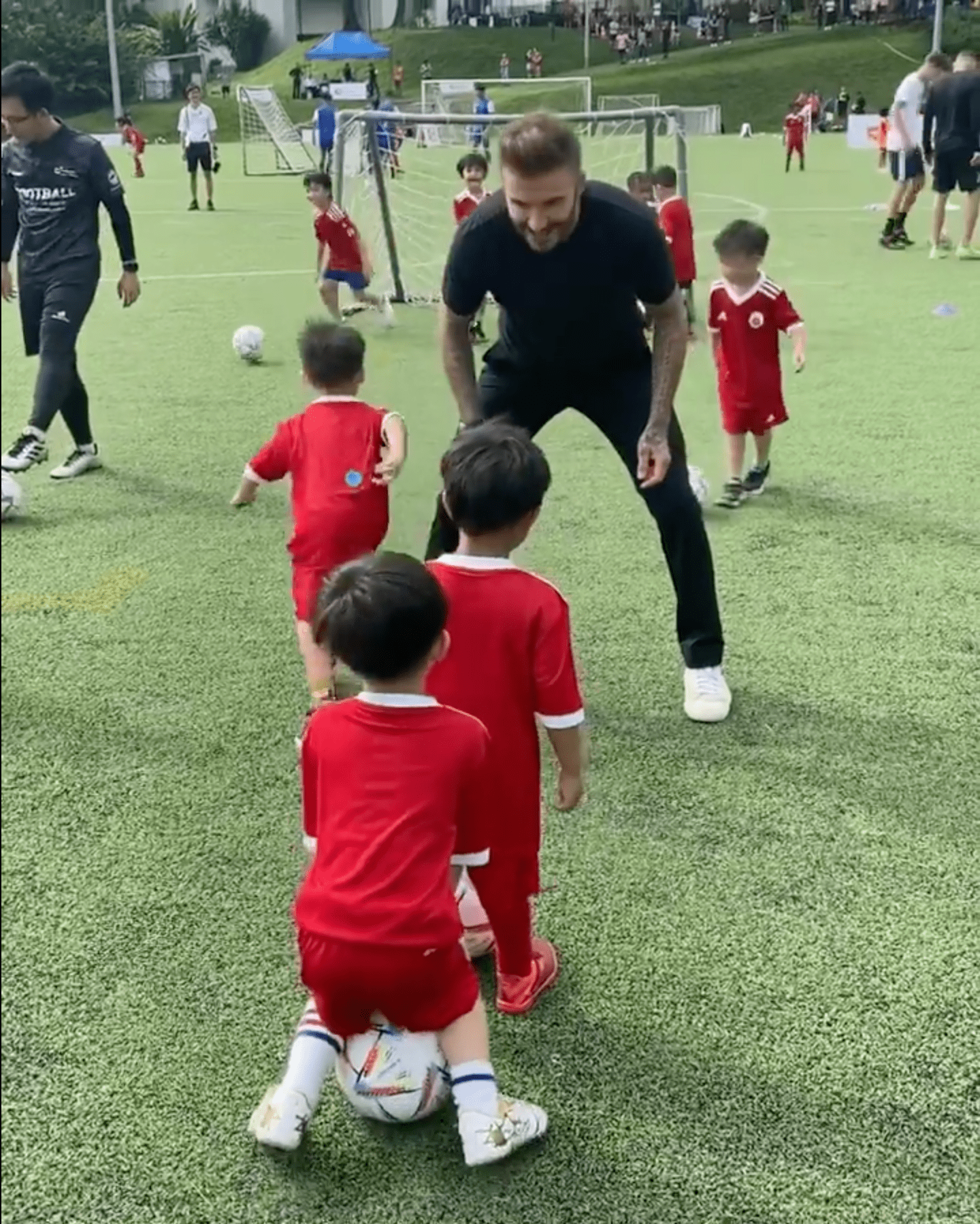 As he was conducting the drill, one boy tapped him on the back, casually calling his name.

The boy then ran off, asking Beckham to watch him score a goal.

With so much going on and so many people clamouring for his attention, we don’t blame Beckham for getting distracted and nearly ignoring the last boy in the queue.

But the little lad was clearly determined not to miss out on a chance to spar with Beckham, and shouted a simple but powerful, “Eh!” This immediately grabbed Beckham’s attention and he returned to his defending position. He also apologised to the boy, saying, “Ah okay, sorry.”

The playful boy then kicked the ball between Beckham’s legs and crawled underneath.

As this happened, the same boy from before came back to call for Beckham’s attention once again, much to his amusement. Hey, he’s a popular guy.

It seems Beckham wasn’t the only one who was amused by the kids.

The 23-second clip delighted his followers as well, who gushed over how adorable the boys were.

The one who literally “Eh!”-ed Beckham was certainly one of the highlights of the video.

Many also found it entertaining how Beckham responded by humbly apologising with a smile.

His display garnered him respect and praise for his humility.

Since Beckham arrived on our shores, he’s been busy with back-to-back engagements.

During the football clinic, which was organised by Adidas and Sport Singapore, Beckham and local footballers including Ikhsan Fandi and Anders Aplin coached some 100 aspiring young footballers. 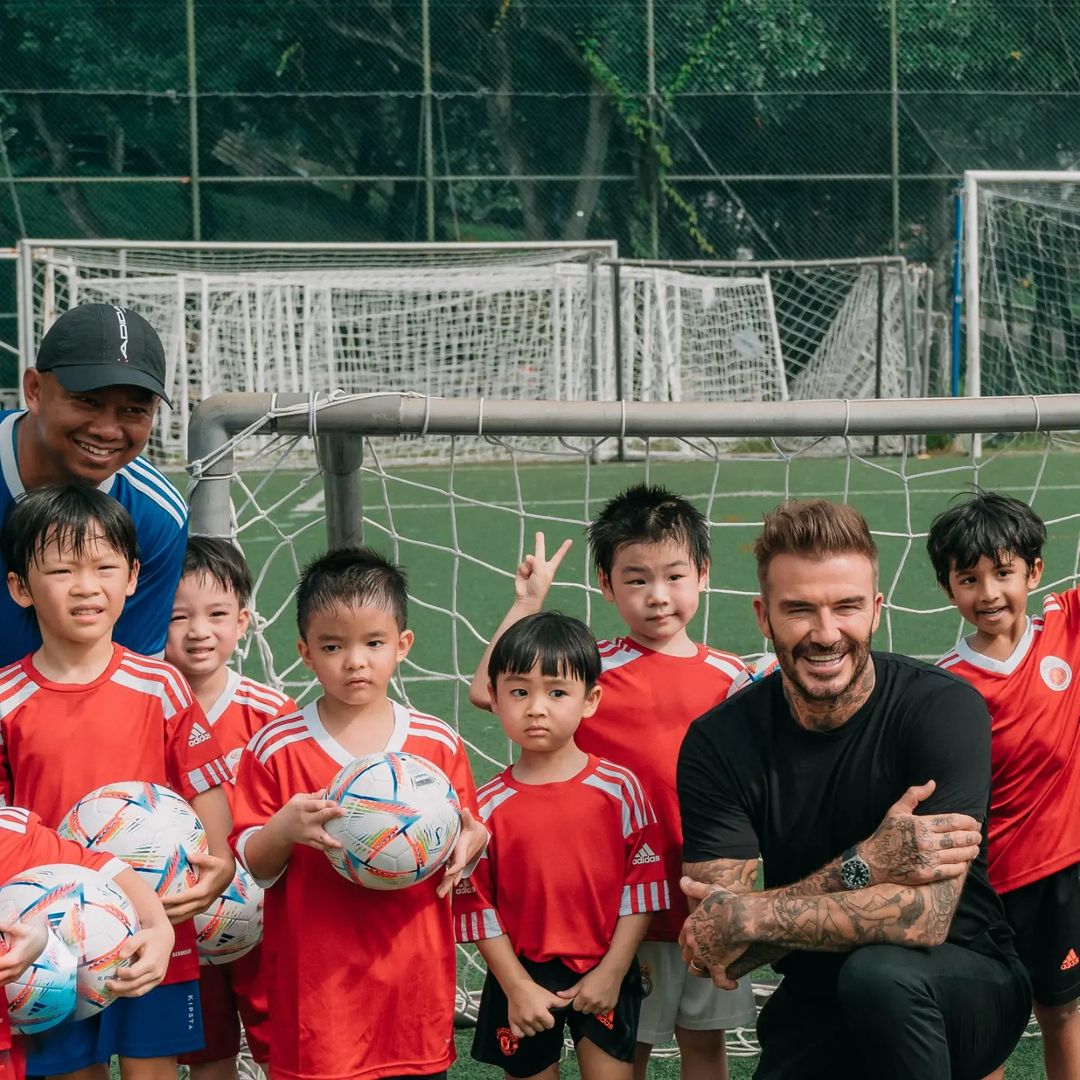 They also got to coach and share words of inspiration with athletes with varied abilities who live with cerebral palsy.

Living up to his reputation and more

While he’s known for his stellar skills on the field and good looks off the pitch, Beckham showed that there is so much more to love about him during his visit to our sunny shores.

From humbly helping staff to clear the stage to his easy-going nature while interacting with children, the football icon is certainly living up to his reputation and more.

Were you lucky enough to spot Beckham around our island city over the past few days? Share with us in the comments below.