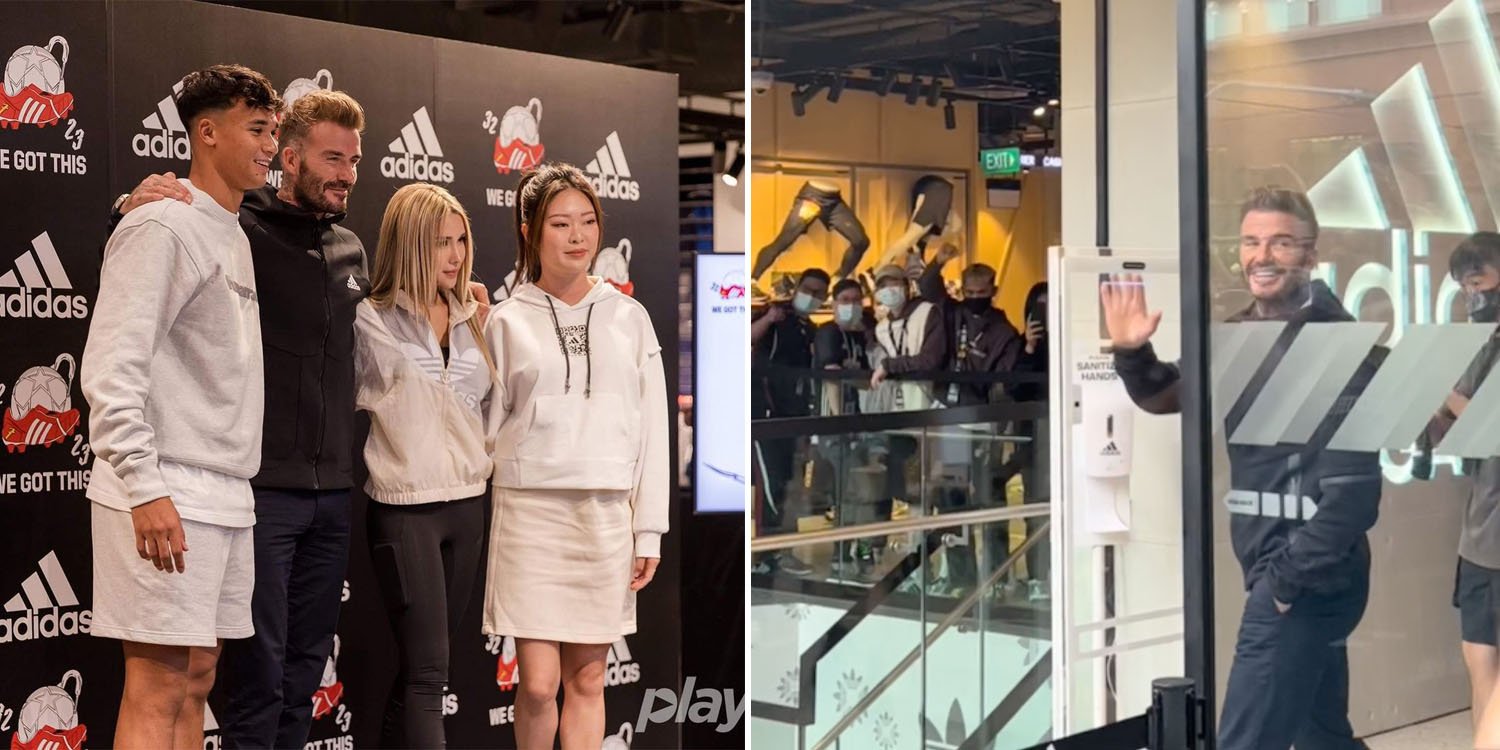 Jade Rasif praised the footballer for being humble.

Whether you’re a football fan or not, you’ll know his name — David Beckham.

The former English footballer was at the adidas Singapore Brand Centre Orchard on Friday (17 Jun) for a closed-door event.

During the event, Beckham was involved in a panel with Lions forward Ikhsan Fandi, DJ Jade Rasif, and influencer Christabel Chua, better known as @bellywellyjelly. 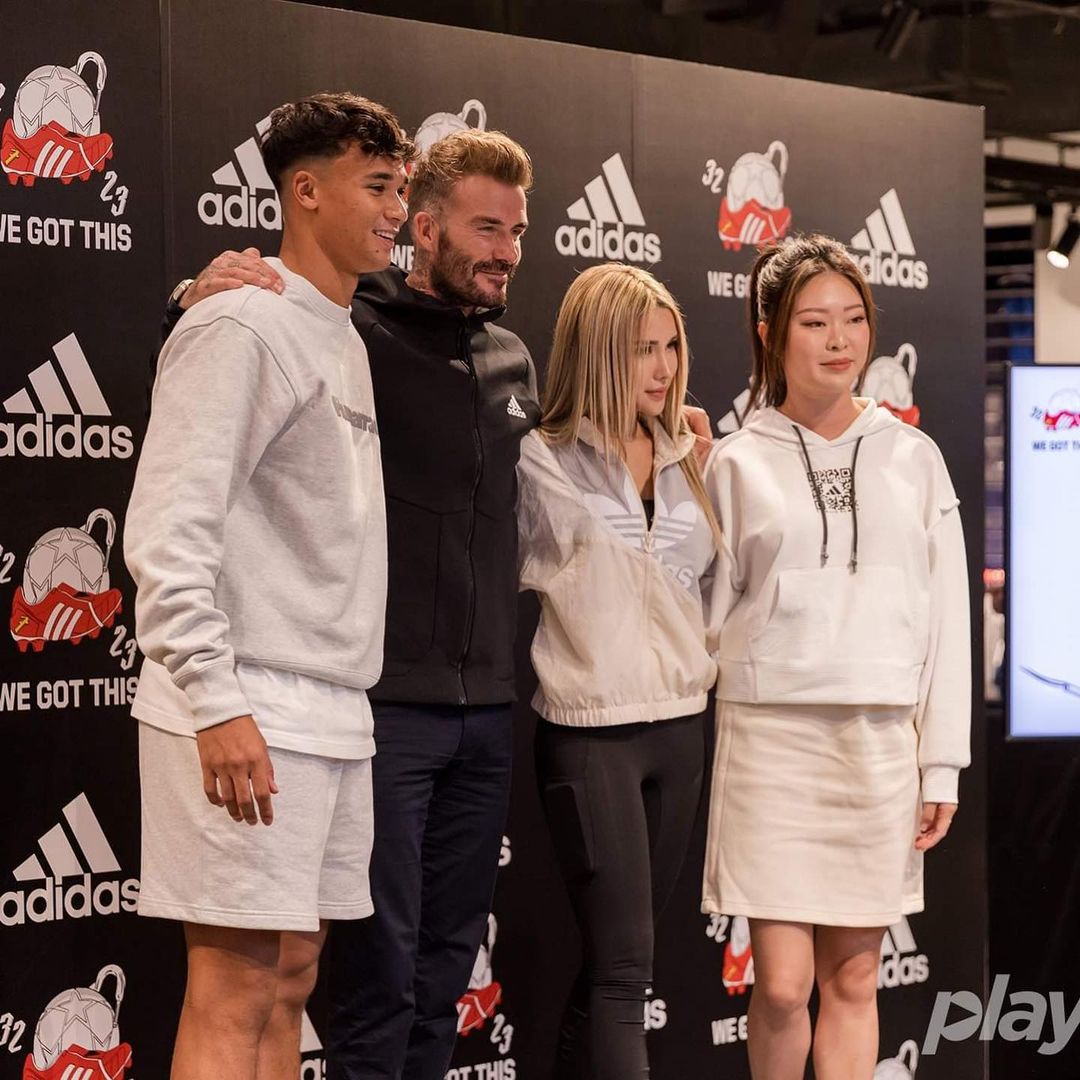 After the event, Jade took to Instagram to share that the football star helped adidas staff clear the stage and even took photos and greeted fans despite it not being a meet-and-greet event.

She praised Beckham and said he was the personification of “work hard, stay humble”.

On Saturday (18 Jun), a day after Jade Rasif attended the adidas We Got This Talk Show 2.0 alongside Beckham, she took to Instagram to share her experience.

The 28-year-old said while most of the event was covered by the news, some things remained unseen.

When it was time to clear the stage, Beckham saw adidas staff clearing chairs off the stage. The next thing she knew, he was helping them to move the furniture.

Jade said although the closed-door event was not meant to have a meet-and-greet, Beckham took photos with everyone in the room.

After the show, Jade and Christabel hoped for a photo but did not want to impose as they knew he was tired.

However, he later came out of his holding room to look for them. 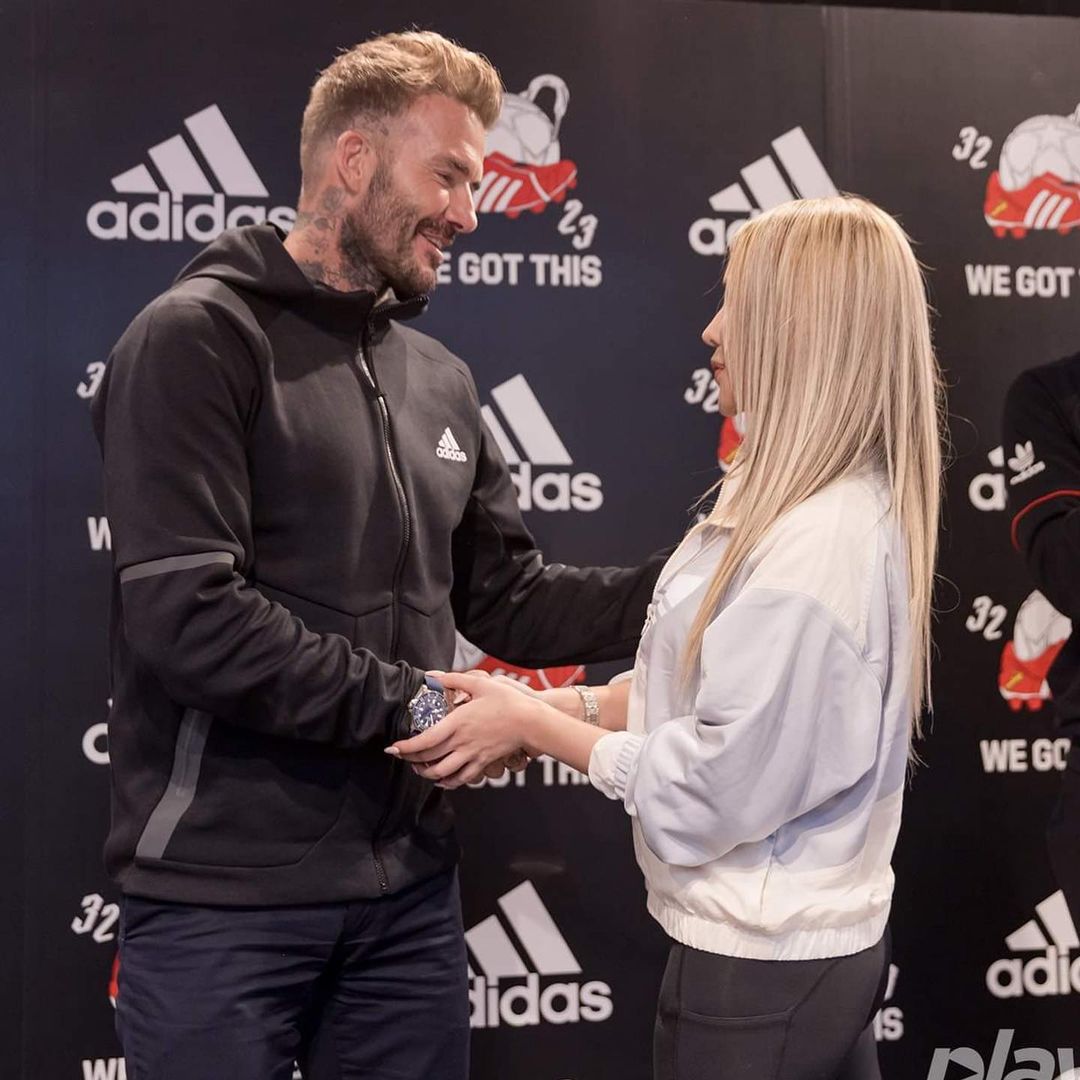 According to Jade, he gave them “the warmest hugs and smiles” and chatted with them until he had to rush off for his fifth appointment of the day. 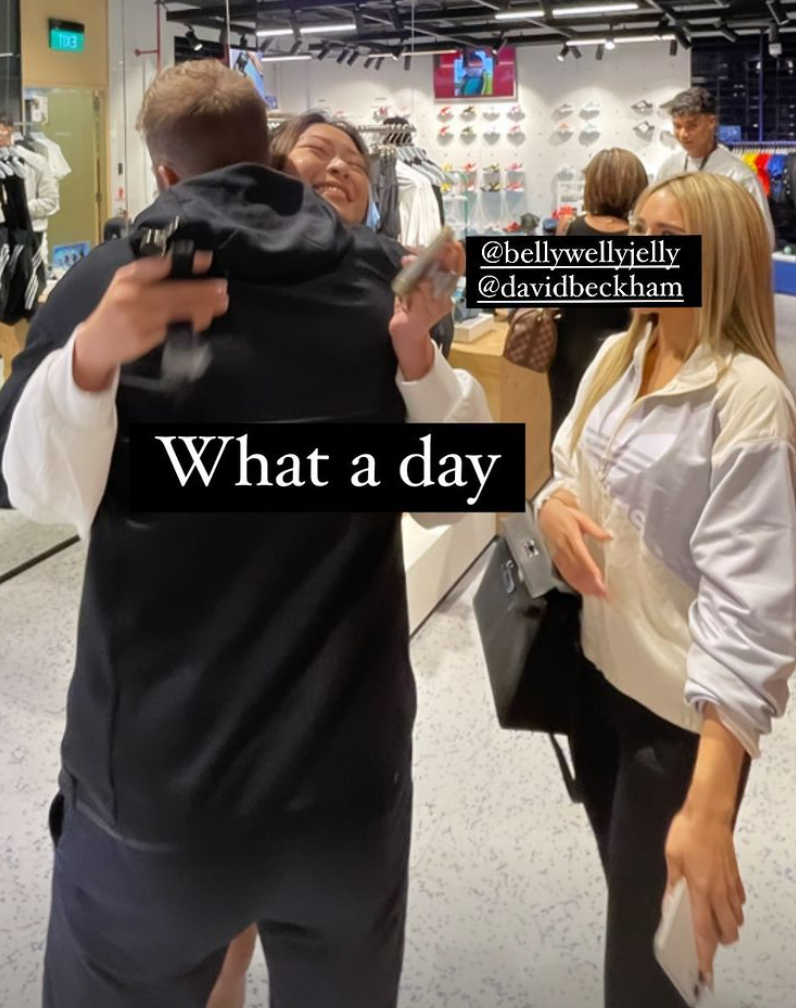 Jade said all this happened just after Beckham had just taken an overnight flight, arrived in Singapore in the morning, and attended back-to-back appointments.

She praised him and shared that the footballer was the personification of “work hard, stay humble”. 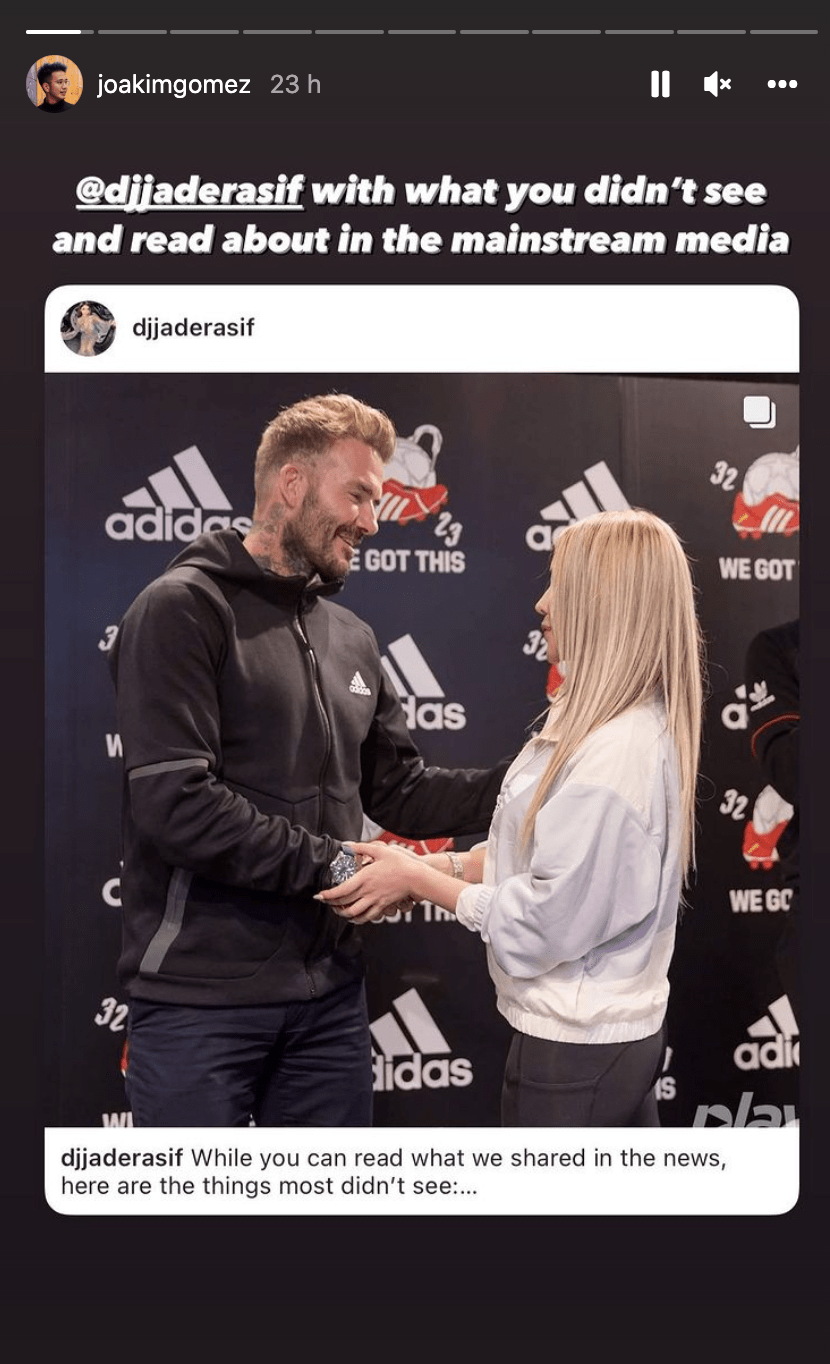 He backed her account up and said this was what the public did not see and read about in mainstream media.

According to The Straits Times (ST), there were about 200 guests at the adidas event.

And despite adidas Singapore previously advising the public not to show up at the store, fans showed up in throngs.

At least 250 people reportedly stood outside, hoping to catch a glimpse of Beckham. 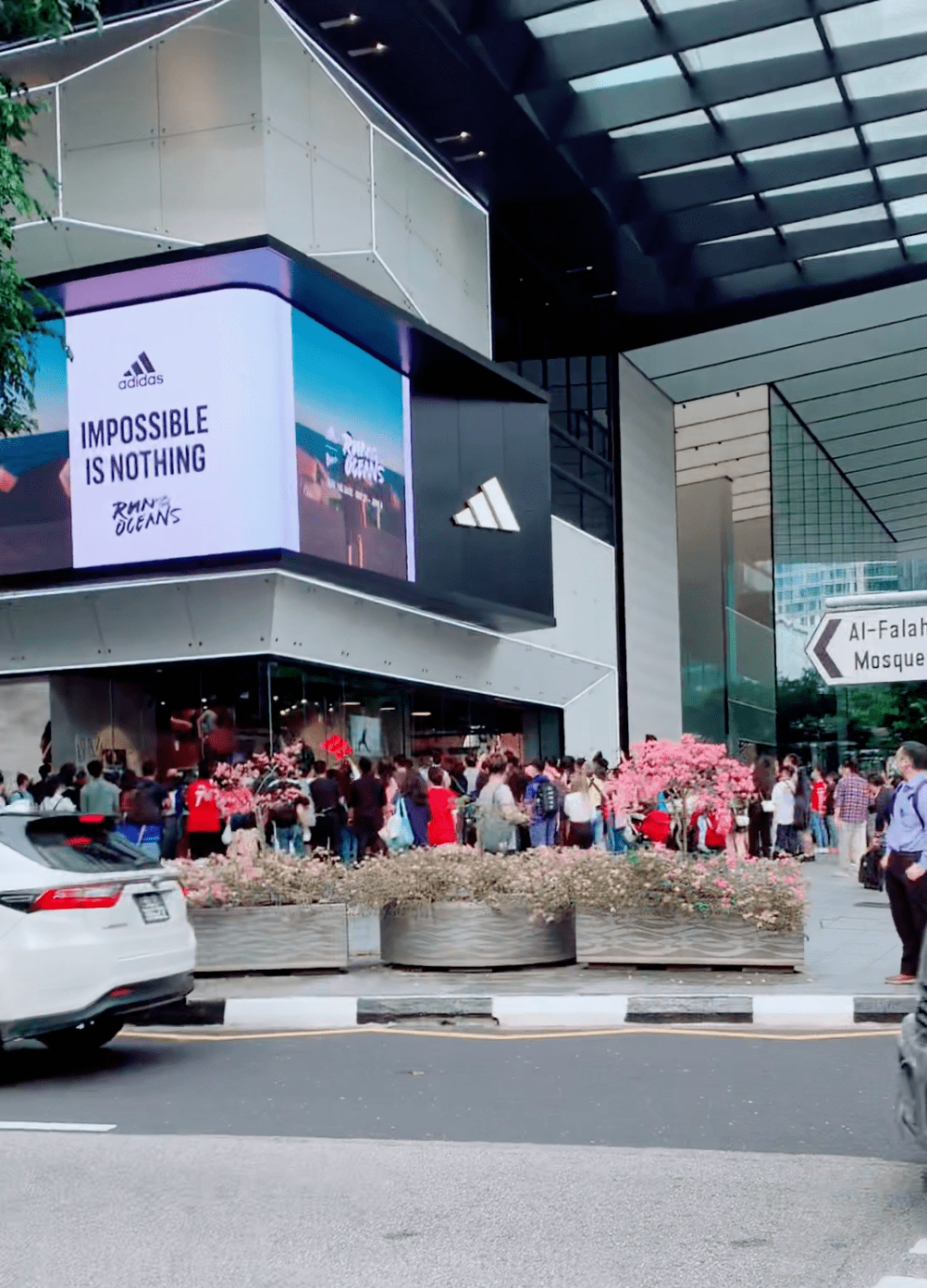 Some of the lucky ones spotted Beckham through the glass window as he descended the stairs, where he smiled and waved at fans.

We stan a down-to-earth sports icon

It’s heartening to see a legendary sports icon like Beckham staying humble instead of allowing fame get to his head.

After retiring from football almost a decade ago, his down-to-earth behaviour shows he is worthy of the respect and praise he has earned.

We hope Beckham has an enjoyable and fruitful stay here in Singapore.

Featured image adapted from @djjaderasif on Instagram and @zarithatiqa on TikTok.