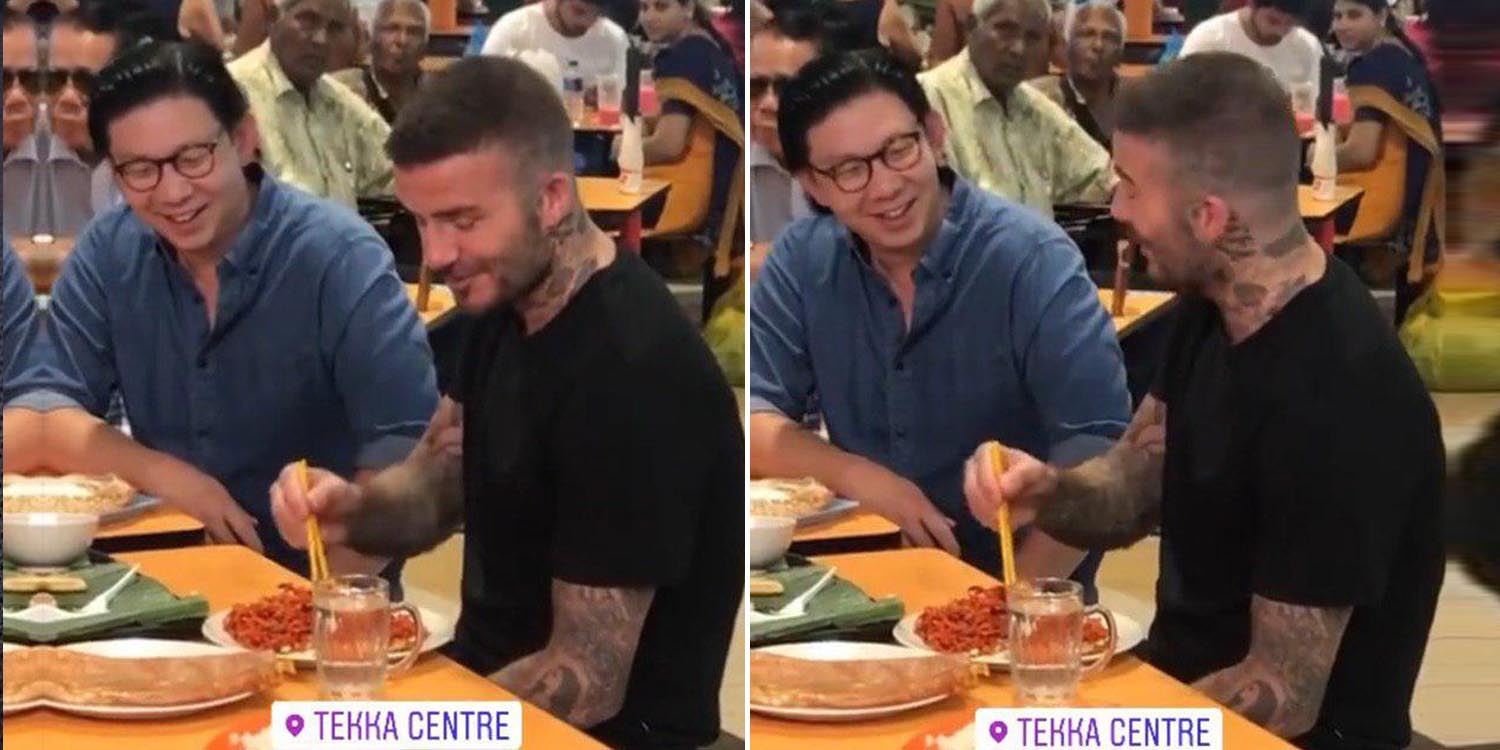 We hope he loved it!

Imagine heading to your local hawker centre to grab a bite, and coming face-to-face with legendary footballer David Beckham.

He definitely sent many locals and tourists into a frenzy. It’s not every day you get a precious celebrity sighting after all.

Singaporeans who made the trip to Little India today (16 Nov) most likely had an unforgettable experience.

The lucky ones got to spot David Beckham eating at Tekka Market & Food Centre there, before visiting stalls at around 4pm, according to 8World News.

Known for his suaveness and good looks, the 44-year-old Beckham cut an endearing figure among the crowd when they saw him tucking into popular local cuisine, mee goreng.

Note how he uses chopsticks skilfully to pick up the noodles, as if using the utensil was the norm.

Starstruck customers at Tekka Market film away with glee

If you’re a fan but missed the chance to spot him, fret not.

Starstruck customers at Tekka Market have blessed the Internet with clips of the star having a conversation over the meal.

out of all the days I visit little india. this happens…? pic.twitter.com/q5Sp6gwLV7

So dedicated were the customers in their mission, that they may have given Mr Beckham a spot of trouble trying to walk past stalls. 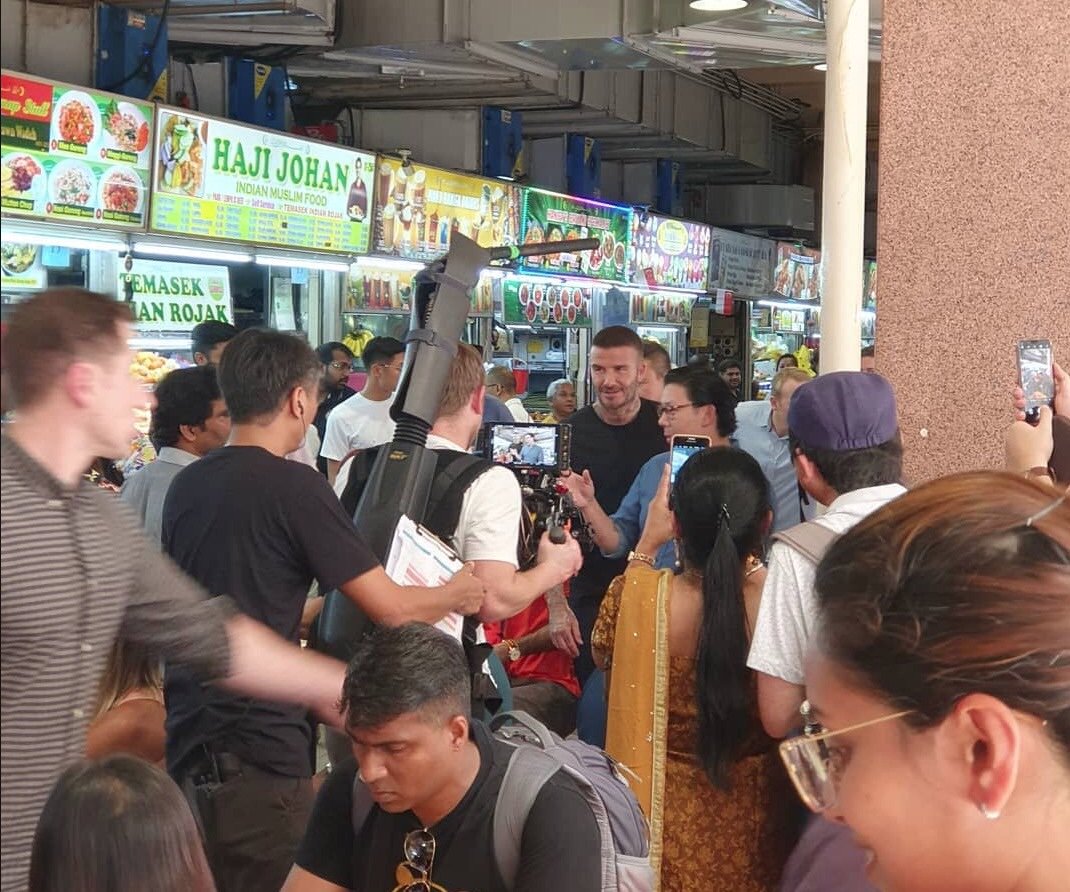 Someone’s mum was just as excited and jumped at the chance to document Mr Beckham’s visit.

In Singapore for a partnership with Marina Bay Sands

According to Mr Beckham’s Instagram, he’s most likely in Singapore for a business trip. His post is labelled “in partnership with Marina Bay Sands.” 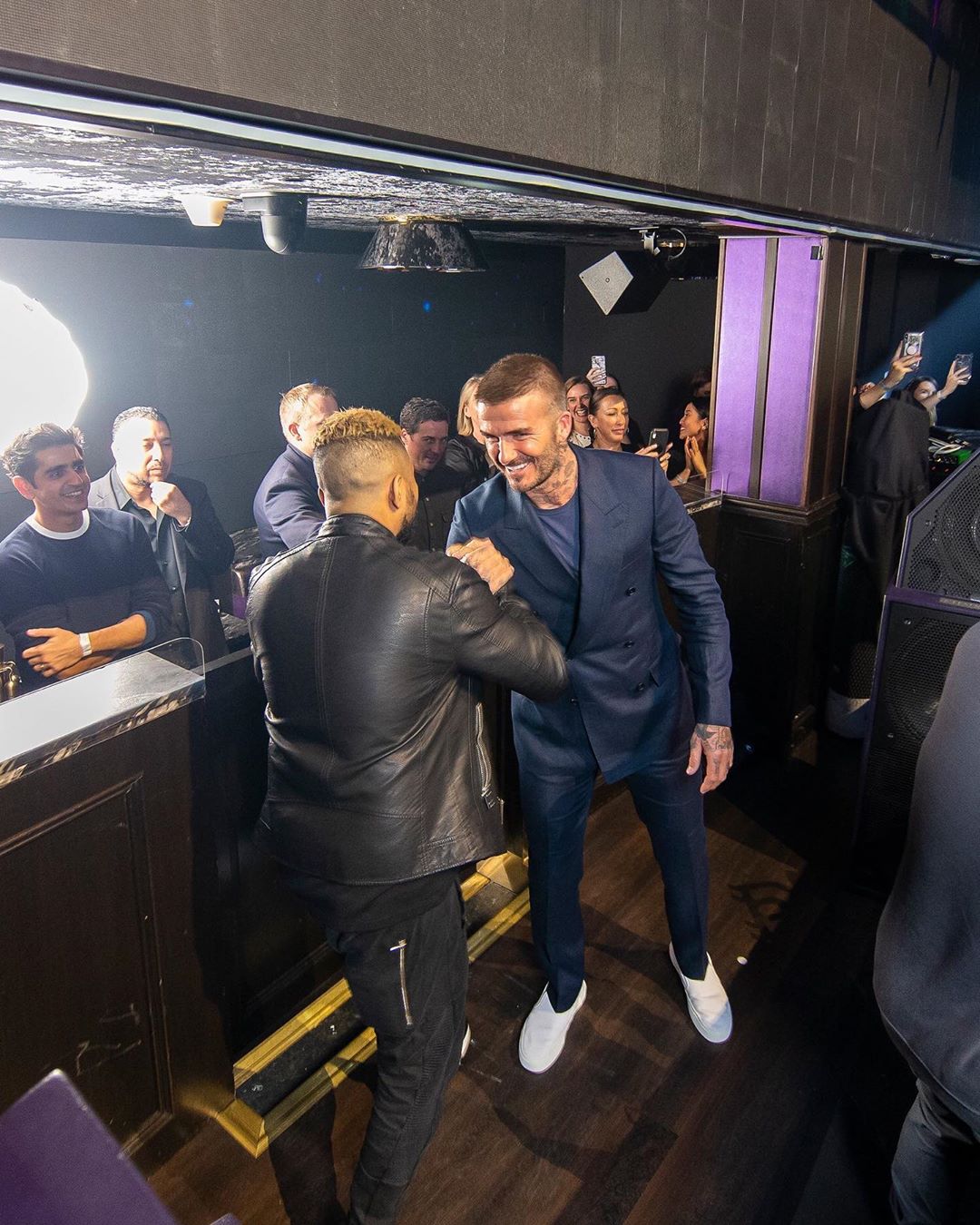 Little India visitors are some of the lucky ones today

If you were in Little India enjoying a meal today and spotted David Beckham, congratulations on your supremely good luck.

Though we weren’t privy to Mr Beckham’s chatter, we sure hope he had nothing but good words for mee goreng.