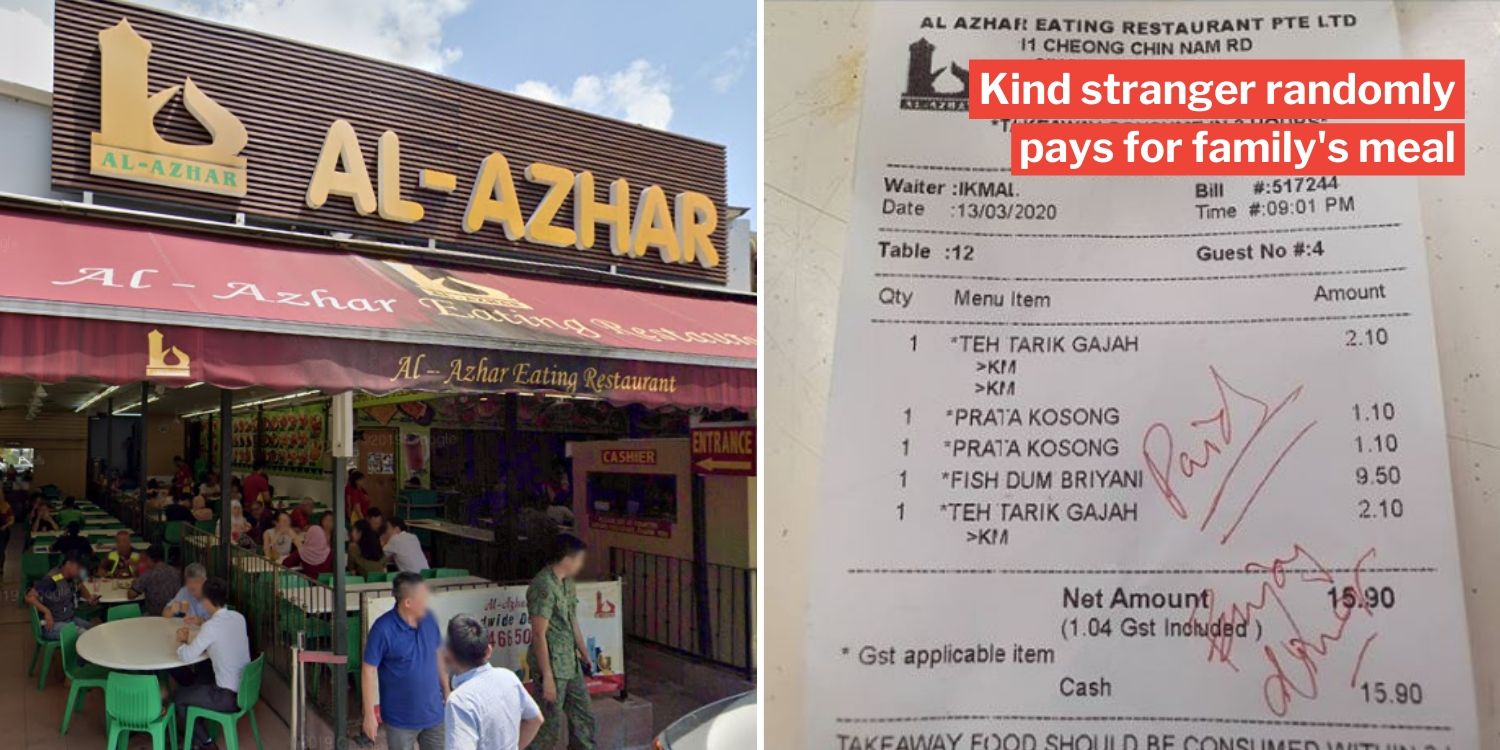 We all know the saying, food tastes better when it’s free.

For one Ms Nannie, this was especially true as her meal was made sweeter with kindness and pleasant surprise.

She shares this heartwarming experience of her random dinner treat from a kind stranger in her Facebook post on Friday (13 Mar). We summarise her story below. Like any quintessential family, it’s usually the dad who drops everyone off while he goes to park the car.

In this case, Ms Nannie and her 3 young daughters were dropped off for dinner at the Al-Azhar restaurant along 11 Cheong Chin Nam Road. 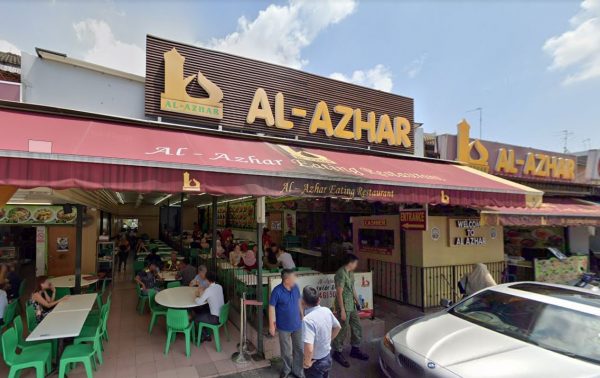 As they were famished, they proceeded to get seated and placed their dinner orders first.

While eating and attending to her daughters, Ms Nannie noticed a lone Chinese lady sitting next to their table, smiling while watching her daughters eat.

As it was a usual occurrence for her, she thought nothing of it and continued with her dinner.

Stranger appeared to peek at their table number

When the Chinese lady was done eating, she stood up to leave.

Ms Nannie noticed that this stranger seemed to be peeking at their table number.

Once again I didn’t think much cos i was busy attending to the girls eating.

Surprised when she received a ‘paid’ receipt

Upon her husband’s arrival after parking, a waiter passed them a receipt indicating their meal was already paid for. The words “enjoy dinner” were written on the receipt
Source

This surprised Ms Nannie and her husband as it was very out of the blue.

Speculates that Chinese lady was behind kind dinner treat

While Ms Nannie has no idea which kind Samaritan bestowed this pleasant surprise, her intuition tells her it was the lone Chinese lady who was happily watching them interact.

Though I’m not sure who but I have a strong feeling it was that Chinese lady who did that.

Naturally, Ms Nannie wanted to thank the kind stranger for the nice gesture, but she had no way of contacting the lady. She hence turned to Facebook, believing that social media offered her the best chance of reaching out.

Bolstered with positive vibes from the random act of kindess, Ms Nannie concluded that she will definitely pay it forward.

Still has no idea who gave them a treat

At the time of writing, Ms Nannie’s post has garnered over 750 shares. Despite this, the identity of the kind stranger still remains a mystery.

Speaking with MS News, Ms Nannie has expressed that she would like to brighten another family’s day just like how this Chinese lady (probably) brightened her day.

As it turns out, there is such thing as a free meal in life, and it’s even more heartening to learn that kindness is spreading with Ms Nannie deciding to pay it forward.

Hopefully, she finds out the identity of this mystery Samaritan so she can personally give thanks.