Disabled Man In China Cares For Bedridden Father, Vlogs About Life To Pay For Surgery 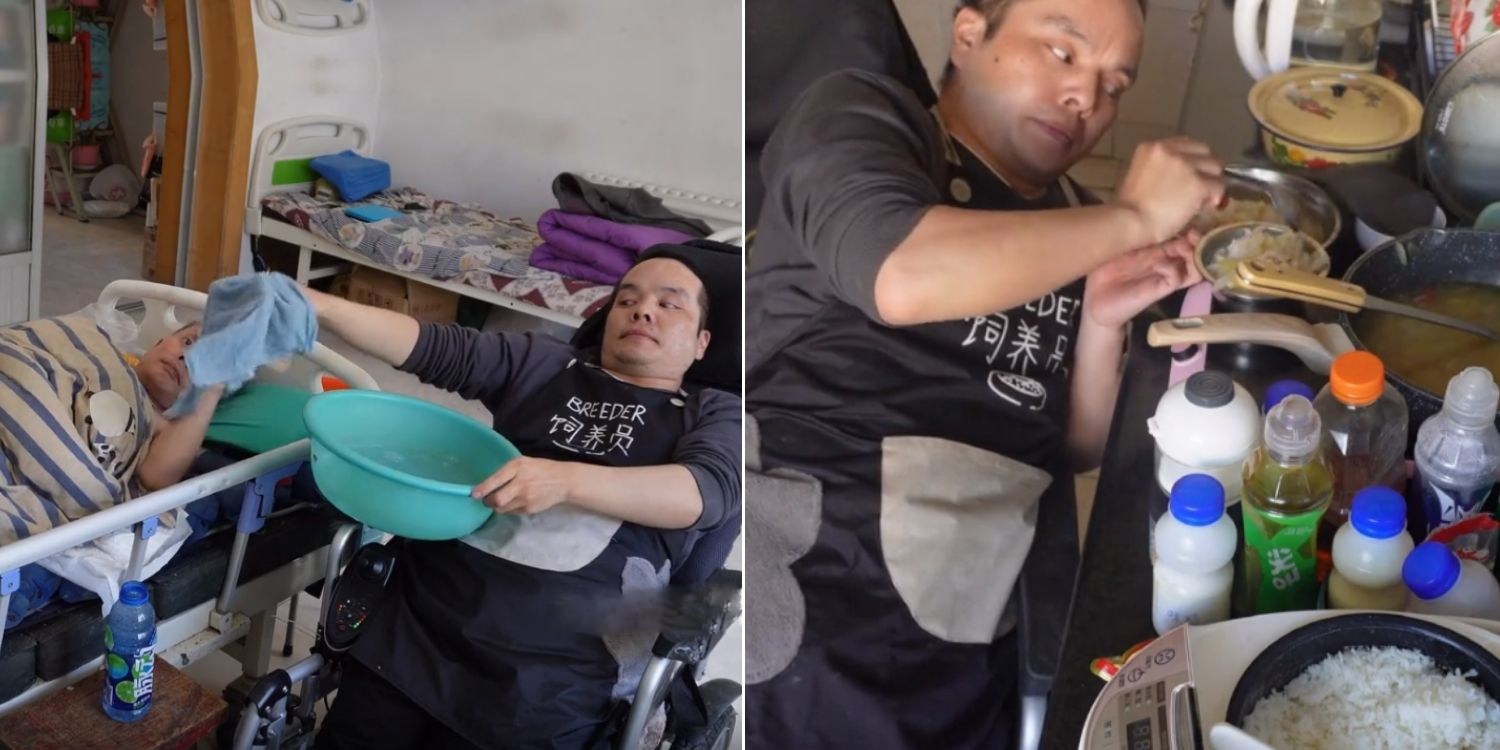 He can only move his arms & hands.

Life as a disabled person is understandably very challenging. However, this man in China has not allowed his disability to be an excuse not to care for his bedridden father.

The man, who has limited physical abilities, only being able to move his arms and hands, also vlogs his daily life on the social media app Douyin. 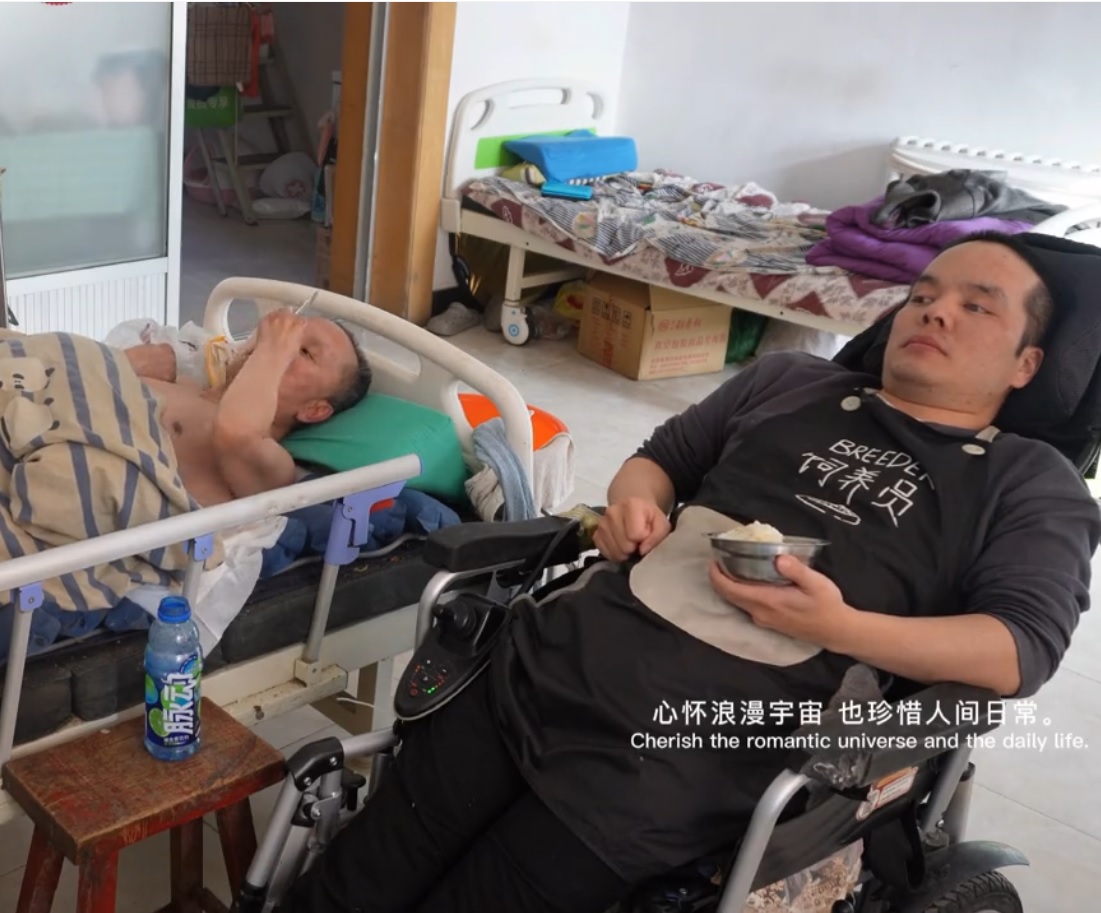 He hopes to raise money for surgery which may help him walk again.

According to South China Morning Post (SCMP), Zhang Xiaodong is a 36-year-old Chinese man who lives with his bedridden father.

Zhang was diagnosed with ankylosing spondylitis in 2008, a form of arthritis that primarily affects the spine.

Since then, his condition has apparently worsened to the point where he can only move his arms and hands.

Despite his predicament, Zhang has done a commendable job in taking care of his bedridden father, who suffered a stroke several years ago.

Although his situation is difficult, Zhang documents his daily life through vlogs that he uploads onto Douyin.

He shares clips of how he goes about his day, like helping his father wash his face.

Other clips also show Zhang cooking up meals in the kitchen.

With the help of nifty tools, he’s able to perform household chores like mopping and sweeping.

Hopes to raise money for a surgery

SCMP added that the pair used to live with relatives who helped to take care of them.

However, to ease their burden, Zhang moved out in Mar 2021 to take care of his father alone.

The government reportedly provides Zhang with a 700 yuan (S$150) monthly subsidy which is not enough for him to hire a caregiver.

He thus decided to raise additional income by recording snippets of his daily life and sharing them on Douyin.

His story has reached millions, with volunteers coming forth to aid him by doing the occasional chore. A doctor has also reached out to Zhang to check the feasibility of surgery.

Despite his disability, Zhang has found a way to live life on his own terms while being a filial child.

We hope that he receives good news about the potential surgery soon.