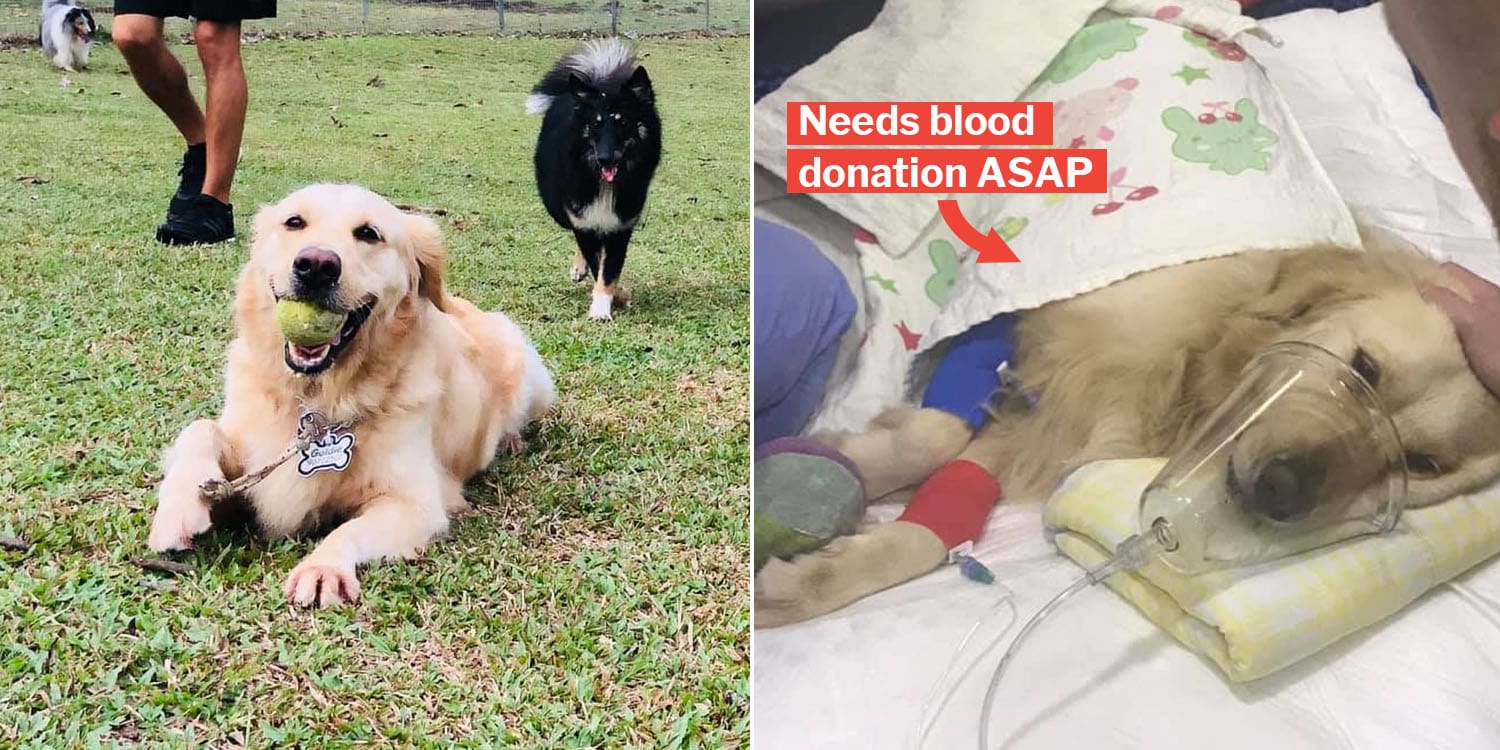 We humans can count ourselves lucky that there are blood drives which can save our lives in an emergency.

But the same can’t be said for animals which may require the same need but have nowhere to turn to.

A Golden Retriever named Goldie is facing the exact predicament as he fights for his life after a heatstroke damaged his organs.

According to his owner, Goldie had allegedly suffered from heatstroke while staying at an undisclosed pet boarding place.

She took Goldie to Mount Pleasant Veterinary Centre in Gelenggang on Saturday (9 Mar), where she discovered just how serious her pup’s condition was.

His body was cold and he was so weak that he couldn’t move at all. Pictures show Goldie relying on an oxygen mask to help with his breathing. 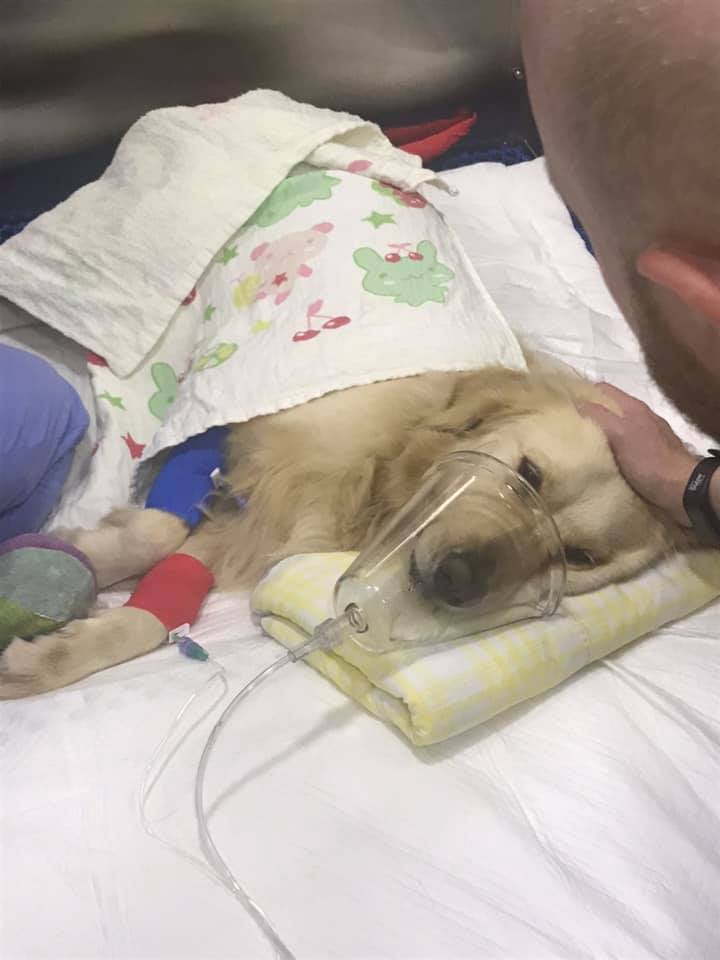 When he was admitted, Goldie’s kidneys were already showing signs of failing.

His other organs would have shut down too, if he didn’t receive blood platelets transfusion within the next 48 hours.

Transfusion done but not enough

A recent update informed that Goldie has undergone a round of blood transfusion, but he may need more.

His owner’s Facebook post has garnered over 800 shares as of Sunday (10 Mar). Pet welfare pages like dog boarding centre Board n’ Play are also helping to spread the message. Hopefully, the appeal will reach enough people so that owners whose dogs are suitable blood donors can come forward to help.

Here are the requirements for those who might want to volunteer your dogs:

According to vet website Pet MD, signs of heatstroke in dogs are usually physical and include the following:

These can usually be quelled with a shower and drinking lots of cool water. But be careful not to feed ice cold water right after a walk, as that can cause bloating, which is extremely dangerous.

We hope that Goldie will receive all the help he needs as soon as possible and that he has a smooth recovery. Hang in there Goldie!