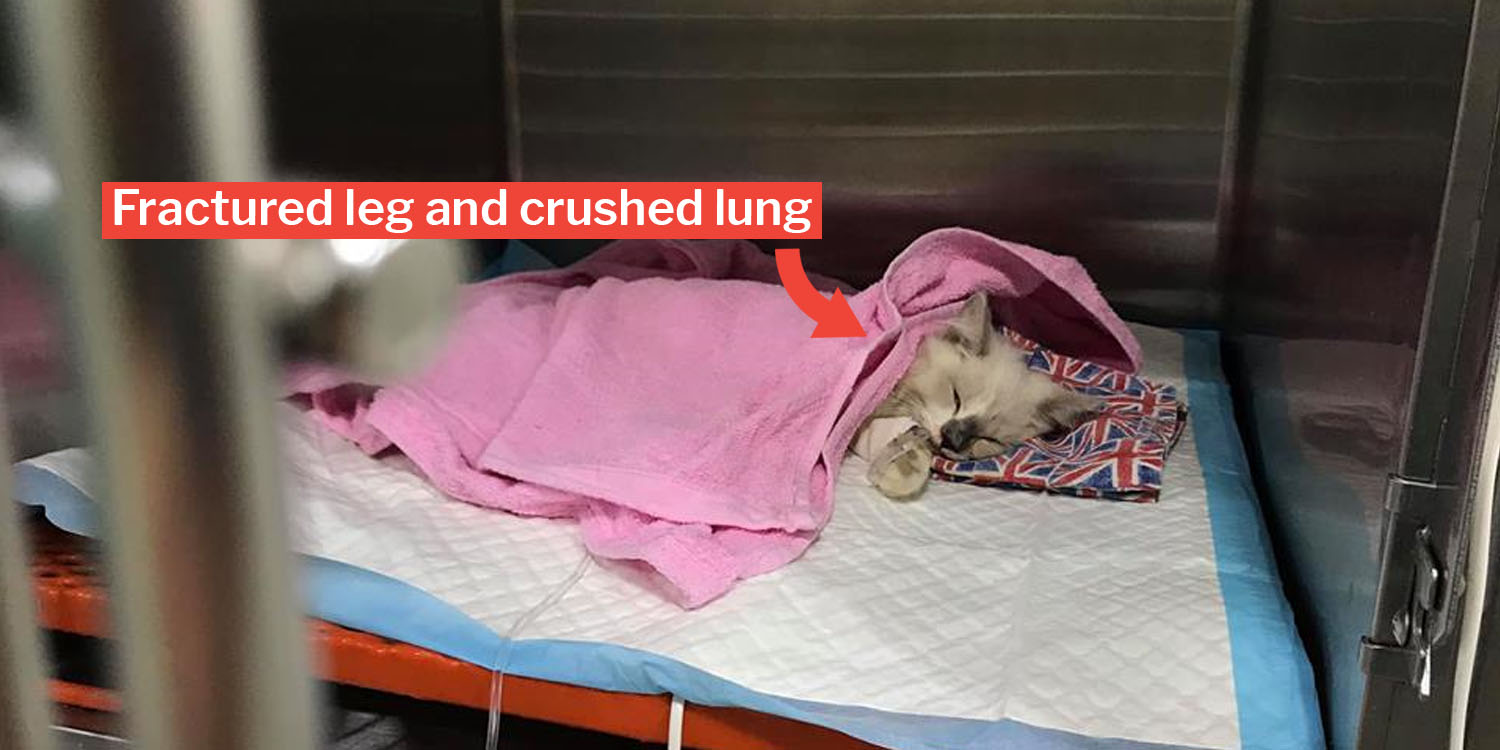 To know that many Singaporeans care for the defenseless creatures is heartwarming, especially when they’re in desperate need for help.

A woman who found a seriously injured kitten in Woodlands on Wednesday (9 Jan) didn’t hesitate to take it to the vet and foot its medical bills.

She found the kitten at 785A Woodlands Rise and rushed it to the vet after noticing blood dripping from its nose. 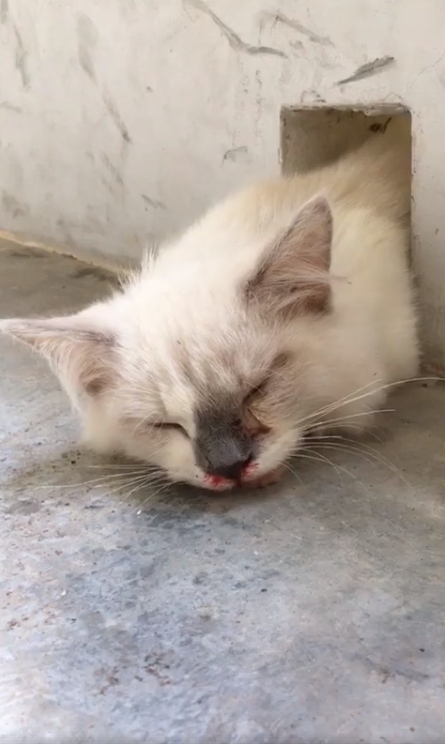 The kitten was so weak that the vet couldn’t find its pulse, but a video shared by the rescuer shows it was still breathing, albeit weakly. 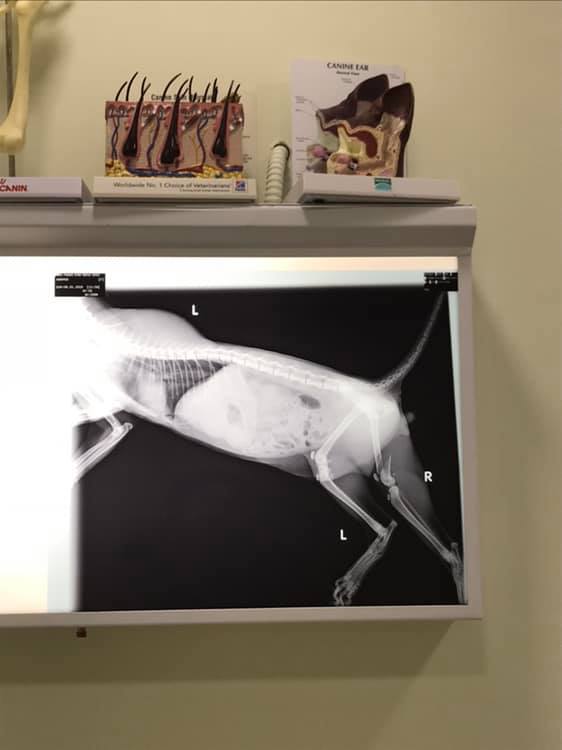 The vet suspected that the kitten had fallen from a high floor, which the rescuer later confirmed to be the eighth floor.

Due to its extremely low blood pressure, the vet couldn’t run a blood test to check if the kitten is suffering from any other ailments.

There’s a chance that it might not be able to survive, but the rescuer and the vet are hopeful as the kitten is “a fighter”.

The kitten is now hospitalised at Mount Pleasant Animal Veterinary Centre in Gelenggang.

The rescuer managed to get hold of the kitten’s owners who rushed down to the clinic to check on their kitty’s condition.

Unfortunately, they couldn’t afford the medical bill, so they had no choice but to leave the kitten in the rescuer’s care.

The rescuer has covered the current bill which amounts to S$755. 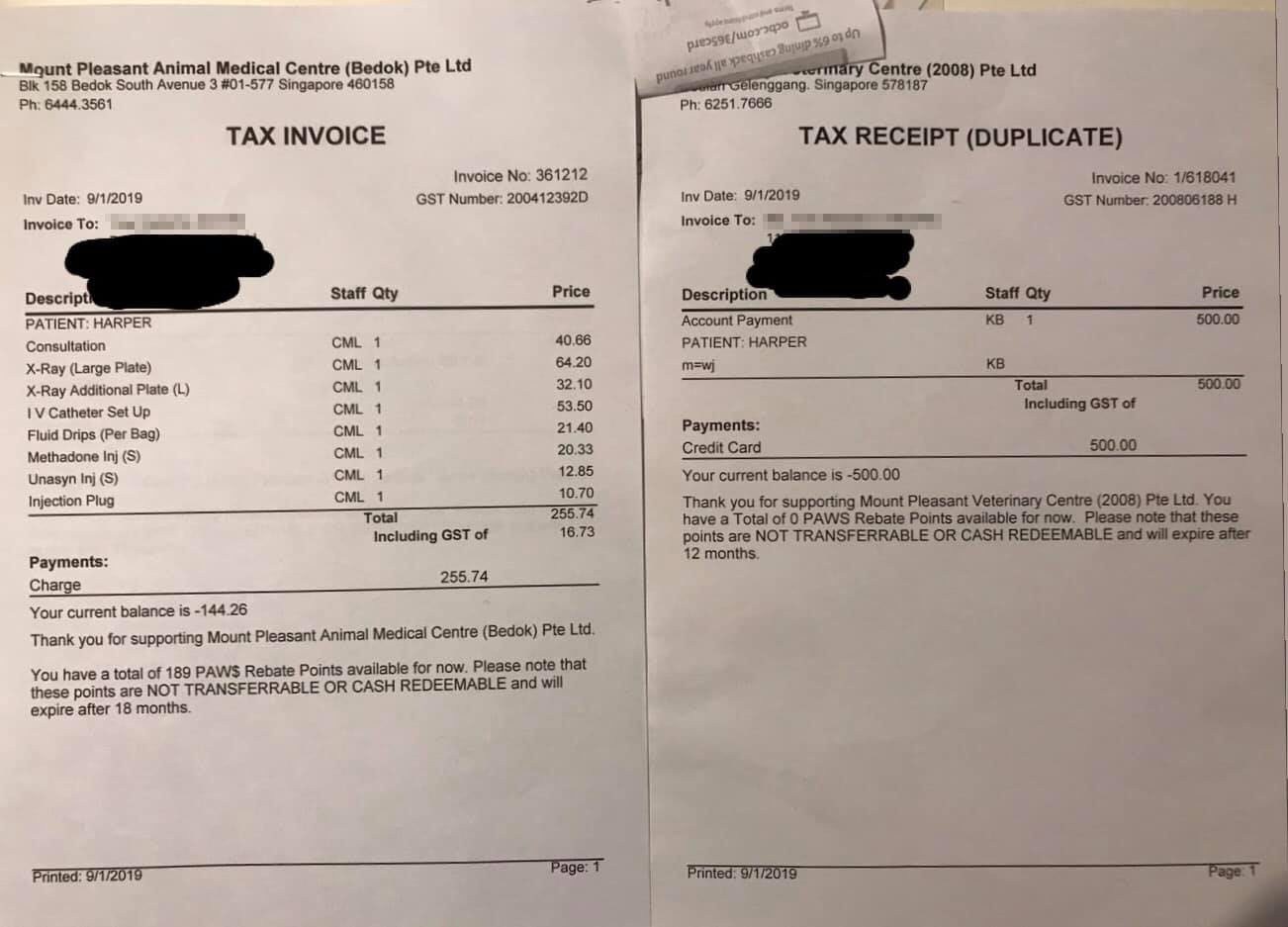 She has also named the kitten Harper and is checking on its condition regularly. 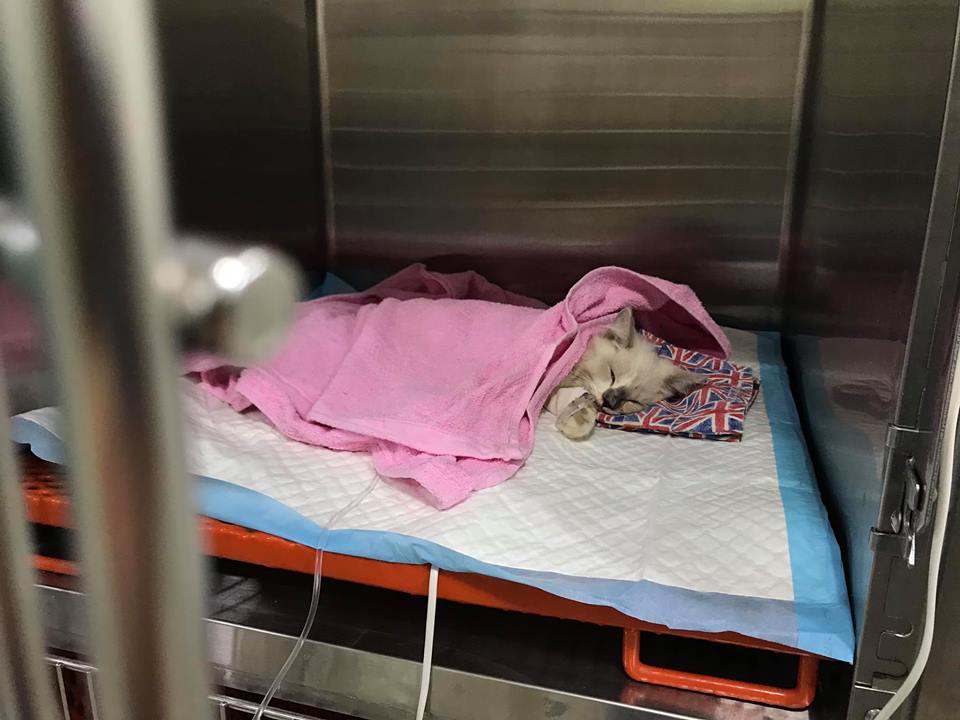 Recent updates show that Harper is now awake and responsive, but is still too weak to go for operation. 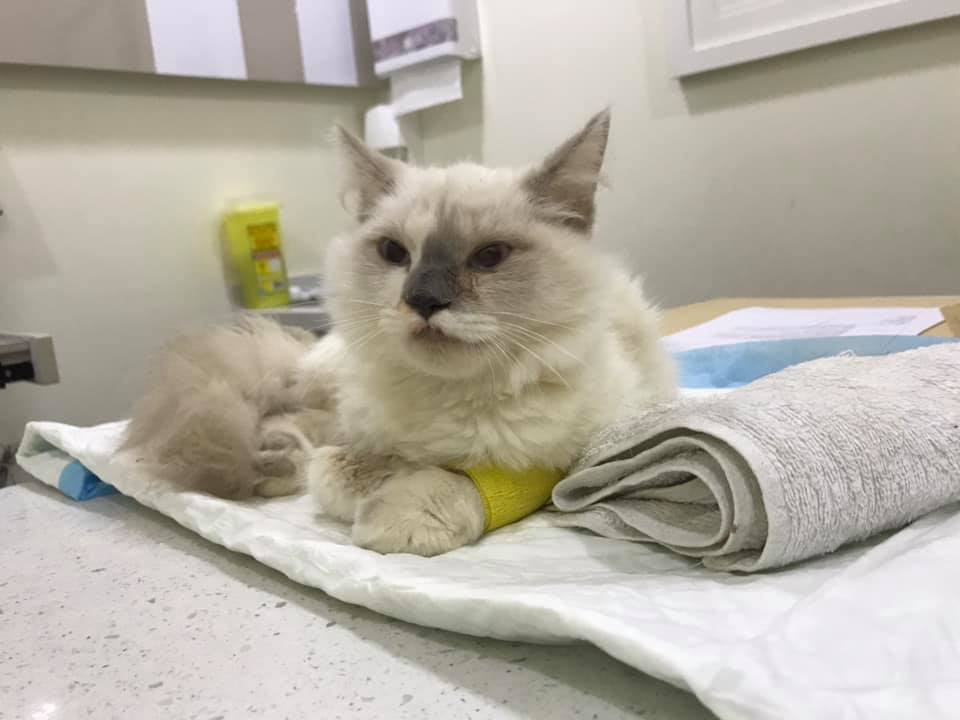 The vet warns that surgery would be complicated since Harper is only 5-6 months old and growing, so inserting metal plates in his legs could hinder his growth.

Netizens have been showing support for the rescuer, applauding her for rescuing Harper and staying by his side.

Many have even reached out personally to help her cover Harper’s medical bills.

We wish Harper a speedy recovery and hope that he will find a forever home soon.