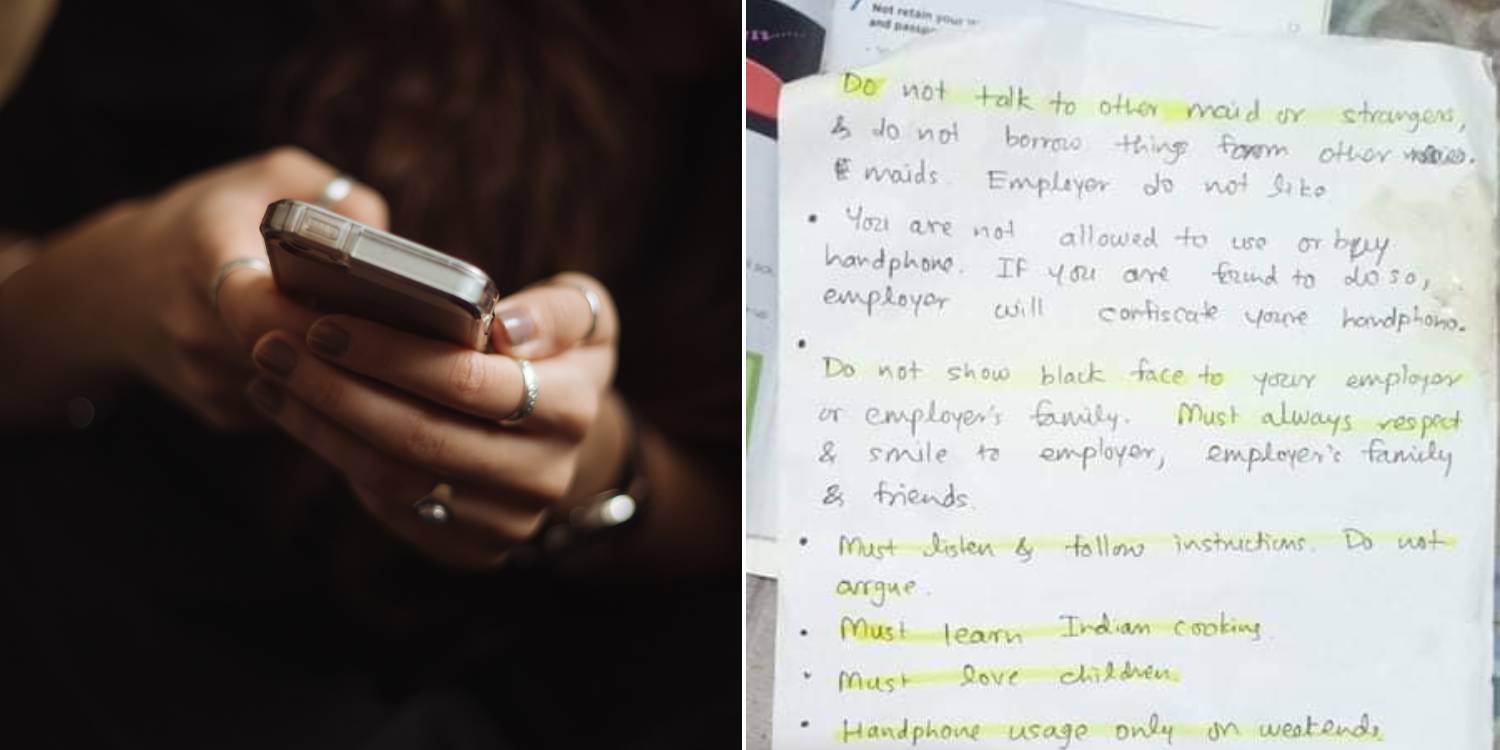 A domestic helper would often leave their families and homelands to earn a livelihood abroad.  Some of them even leave behind their young children and will only see them a handful of times after.

That’s why it’s disheartening to hear of a Singaporean domestic helper who was allegedly prohibited from contacting her children on weeknights by her employer.

Along with barring her from using her handphone, she was also given a list of rules to abide by.

Employer would keep helper’s phone throughout the week

In a Facebook post shared on 27 Aug, a user revealed that a domestic helper was sent back to her agency and was ordered to not be able to transfer to another home. Her employer had sent her back as the helper had allegedly asked to use her phone every night to contact her children back home. She’s a mother of 3 children, with the youngest being 3 years old.

The helper also received a list of rules from her employer, who claimed that these rules came from the Ministry of Manpower (MOM) and had to be followed strictly.

Some of the rules have are seemingly highlighted to show their importance. One, in particular, was for the helper to not show a “black face” towards her employers.

Due to the restrictions, the helper can only contact her children on the weekends as her phone would be held by her employers throughout the week.

The post ends with the user hoping that the helper would be transferred to another family that would treat the helper better.

The distressing images of the rules have made its rounds on social media and netizens are appealling for compassion.

One netizen mentions that the employer is obviously lying as the MOM would never enforce rules of this nature.

Another netizen mentions the need for respect between all parties. In this case, the trust that the employer seeks must be earned. 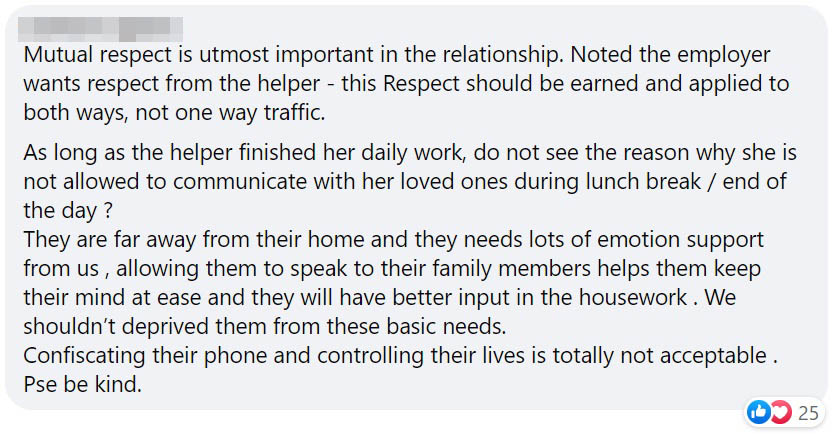 MS News has contacted MOM for comment on the matter and will update the article accordingly if they reply.

Hope helper gets rehomed into another family

The images of the written rules are extremely distressing to see in this day and age. Anyone would see these restrictions as suffocating, let alone a mother who’s away from her young children in a foreign land.

We hope that the authorities can intervene in some form and have the helper transferred to another family.

As for the employers, we hope that they will receive the proper education as to how a working relationship between domestic helpers should be.