After lawyer M Ravi took up his case pro bono and shared his heartbreaking letter with the public, many motioned to repeal his death sentence.

The urgency of his call and support from Singaporeans came to fruition today (17 Sep).

The ruling is pending the filing of appeal papers at 4pm, but what is certain is that the execution won’t happen as scheduled.

Following the news, netizens took to Mr M Ravi’s Facebook comments section to applaud him for his good work.

Many praised him for his determination and dedication in fighting to save Mr Syed Suhail’s life.

Knowing that the journey has been a tough one, they also wish for him to rest well after putting in so much work at the eleventh hour.

Mr M Ravi had taken up Mr Syed Suhail’s case after the latter sent him a moving letter. 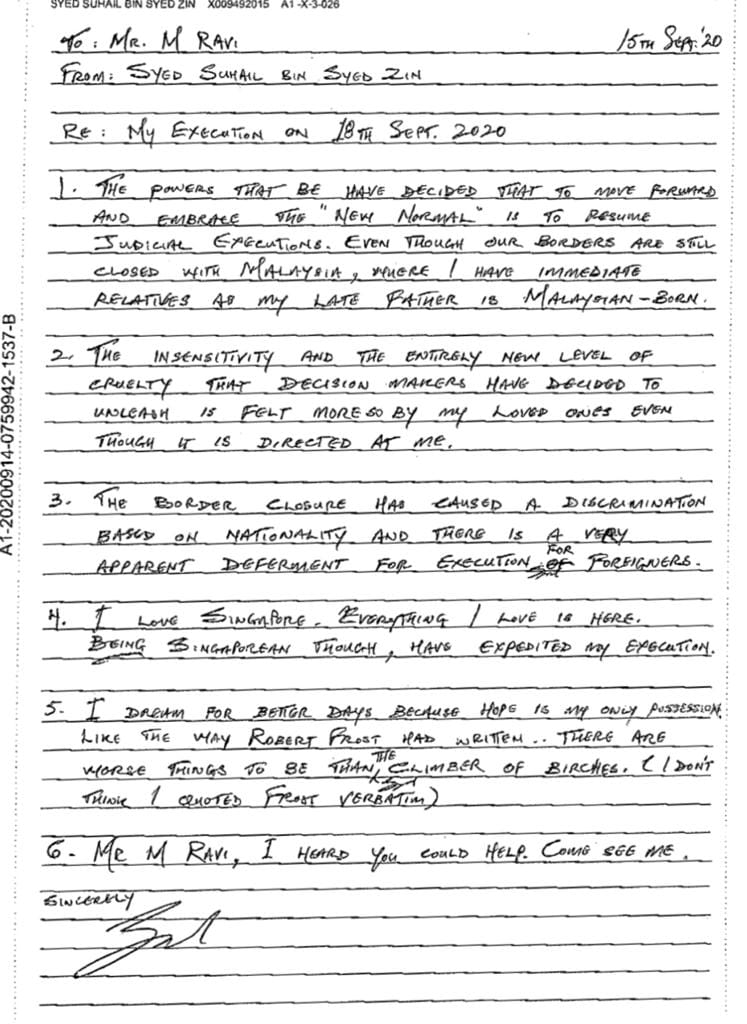 Though this ruling is a cause for celebration, the case is still far from over.

The interim stay is, as its name describes, temporary after all, so Mr M Ravi may have more to do down the road.

We hope with the right support and backing, he’ll be able to conclude the case successfully and help Mr Syed Suhail and his family.

What are your thoughts on this case? Let us know in the comments below.