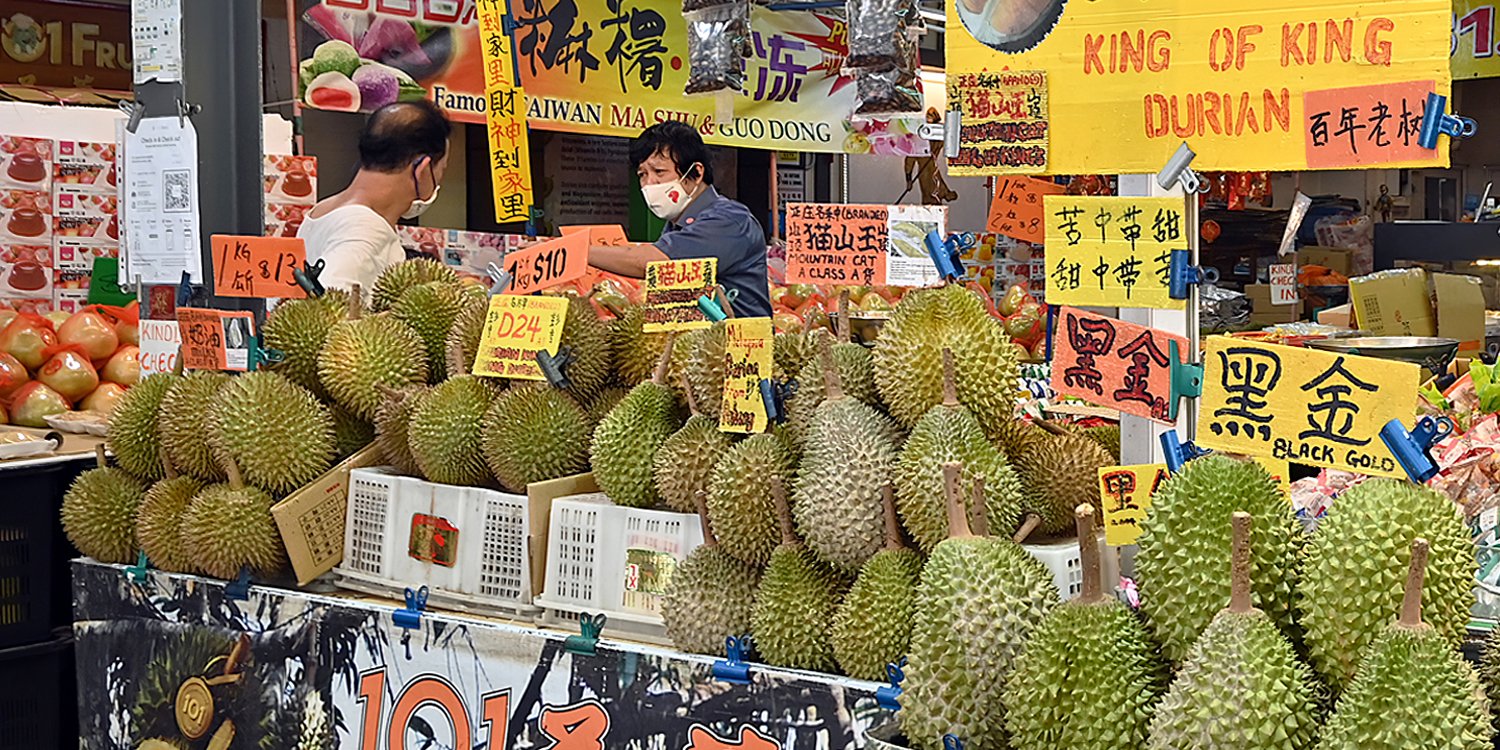 Prices expected to fall further when durian season is in full swing.

Every year, Singaporeans look forward to durian season when they can feast on the king of all fruits.

The time has now come again, and in the best possible way — durian prices are reportedly at a four-year low due to high supply this season. 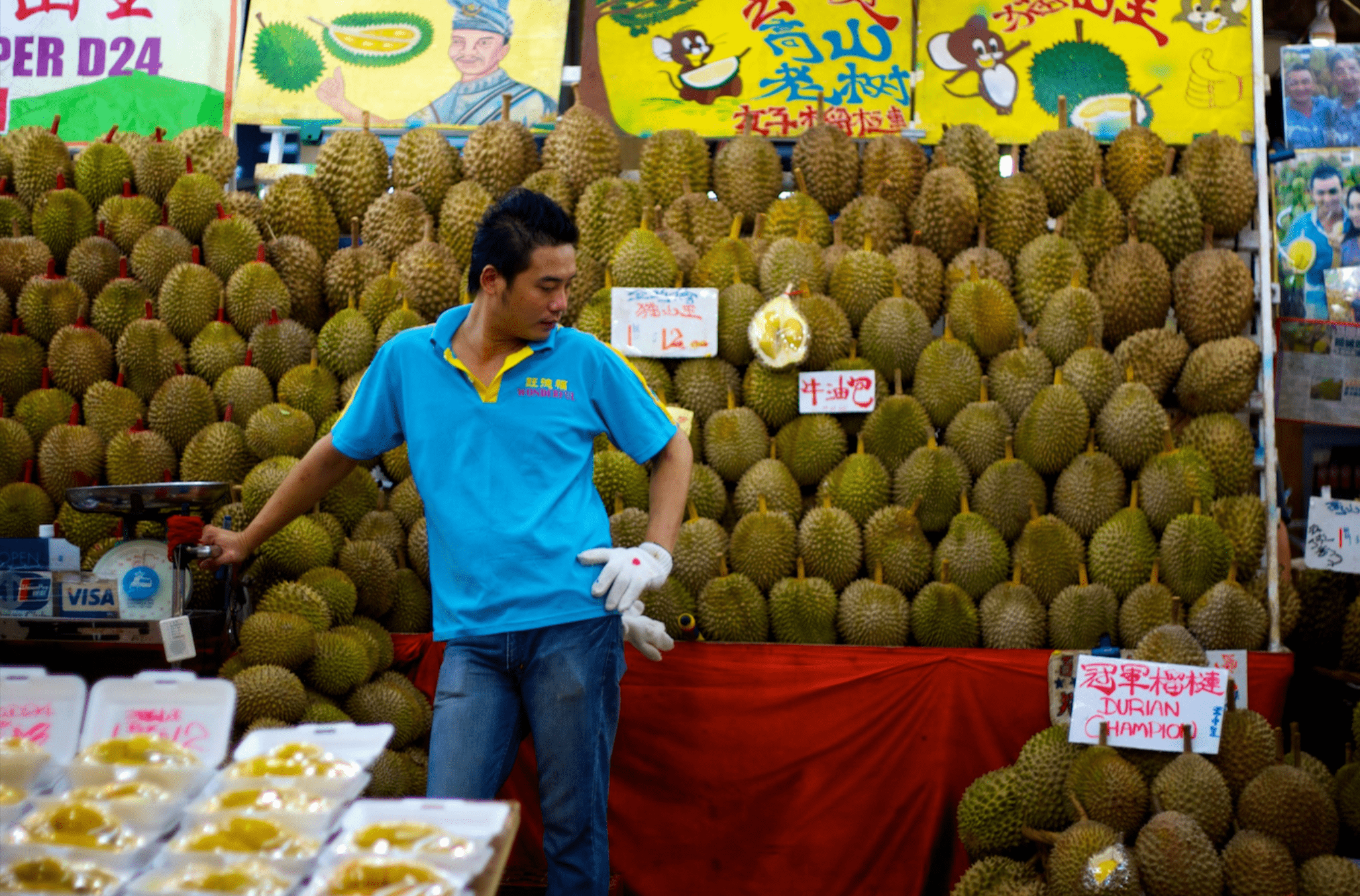 According to Shin Min Daily News, prices are now as low as S$10 per kg for top-quality Musang King durians.

Durian merchants have reportedly said that the end-of-year durian harvest has been good this year.

This is mainly due to both Johor and Pahang harvesting durians at the same time. The weather has also been favourable for the produce.

Shin Min Daily News reported that prices had been adjusted downwards because of the ample supply.

This change is even more pronounced as the durian season in past years yielded less supply, pushing prices up.

Durian prices lowest they have been in 4 years

Even Musang King durians of better quality were selling for just S$10 per kg.

“This is the lowest prices in four years,” he said.

Mr Cai shared that he bought the supply at low prices, which translates to lower prices for customers.

Comparatively, the lowest prices in past years were about S$12 per kg.

211 House of Durian, which specialises in Musang King durians from Bentong, Pahang, has also dropped prices by S$3 per kg. It is now S$16 per kg. 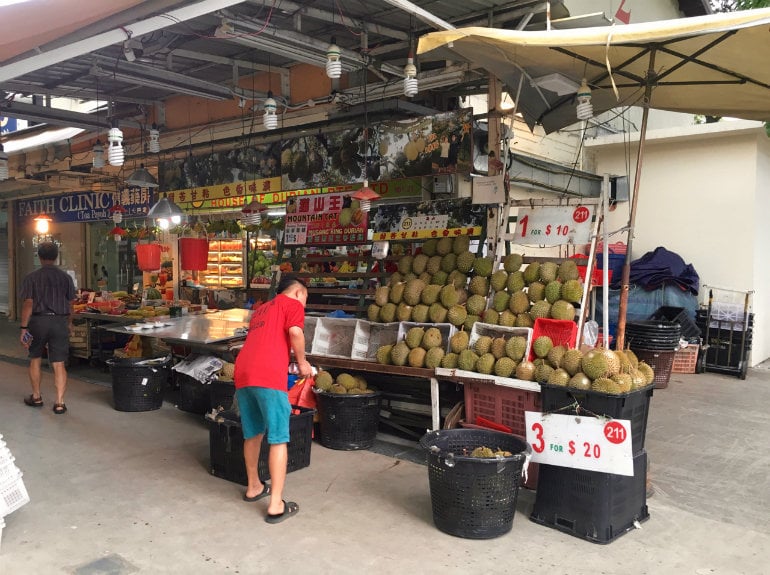 Mr Tan, a durian seller at Chong Pang, told Shin Min Daily News that not many are aware that it is now durian season.

They see about 40% fewer customers than during the mid-year durian season.

While supply is high, demand is low, so they are not importing large quantities for the time being.

In about a week, the durian season will reach its peak. At that time, Mr Tan estimates that prices will fall.

Echoing these sentiments is Durian 36’s owner Mr Zhang. He shared that his stall sells B-grade Musang King durians at S$10 per durian.

He expects this price to fall even more when the durian season is in full swing.

He said, “It is possible that prices will be halved”, adding that it is likely that durians will be sold at just S$5 in due time.