Dusky Langur Rips Off Car Mirror & Checks Itself Out, Passer-By Helps Driver Fix It Back During Chinese New Year (CNY) visiting, we’ll often want to look our very best for that *super important* OOTD shot. Turns out, we aren’t the only ones.

On Monday (23 Jan), the second day of CNY, a dusky langur was seen ripping out a car mirror to check himself out.

One netizen who managed to capture the entire scene in photos shared that the monkey attracted quite a crowd.

Thankfully, for the unfortunate driver, a passer-by later helped her fix the mirror back onto her car.

Dusky Langur rips off car mirror & checks itself out

On Monday (23 Jan), the netizen shared on Facebook that a passer-by pointed out that a dusky langur was hanging out on a tree near the carpark. 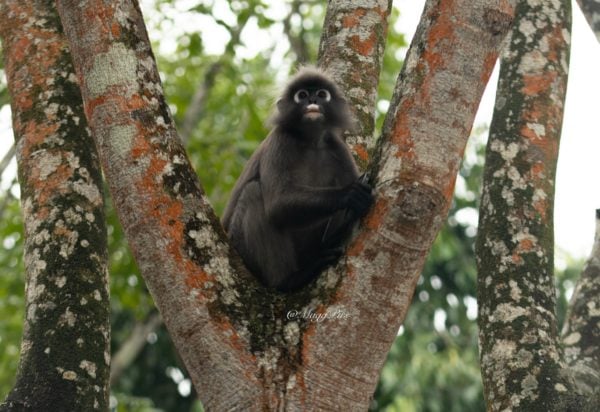 Soon after, the monkey became attracted to a red Honda and hopped onto it.

The animal proceeded to rip off the car’s left mirror. In a photo, it was seen holding onto the mirror and observing it curiously.

With a big leap, the dusky langur jumped back onto the tree, still gripping the mirror. 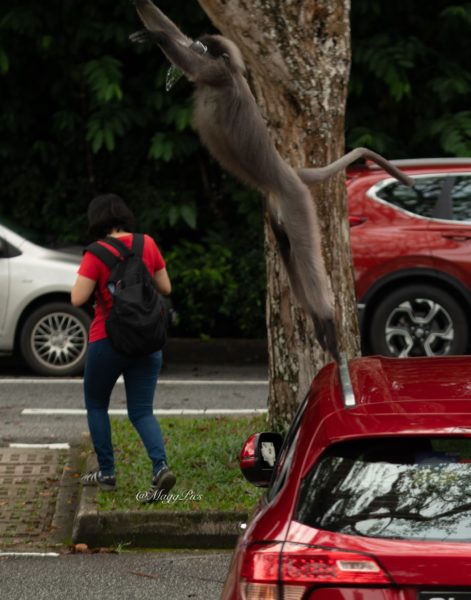 Sitting atop the tree, the monkey carefully inspected the foreign object, looking curious. 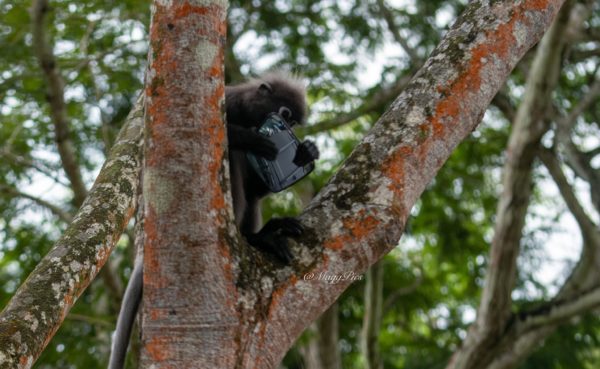 It seemed to have figured out that the object was a mirror, and it took the time to admire its own reflection. 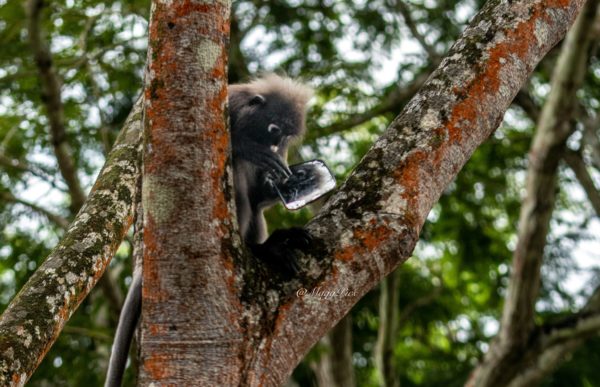 The post was shared to the Wildlife of Central Catchment Nature Reserve Facebook group, though it did not specify the location of the incident.

In her post, the OP shared that she hopes the red Honda driver had kept their car insurance up to date.

Seeing this, another netizen commented that she saw the driver and informed her of the unfortunate incident.

But all was well after another driver came by and helped her to fix the mirror back onto her vehicle.

According to Animalia, dusky langurs are typically found in Malaysia, Myanmar, and Thailand. But occasionally, they can be found here in Singapore.

Those in Singapore have reportedly made their way here from Southern Johor, Malaysia, and settled in central forests.

The species has been classified as endangered since 2015. Their population has declined due to habitat loss and poaching.

But there have been several sightings of them in recent years. And it seems they have a track record of checking themselves out in mirrors and admiring shiny objects.

The public can also inform the group or National Parks Board (NParks) about such sightings.