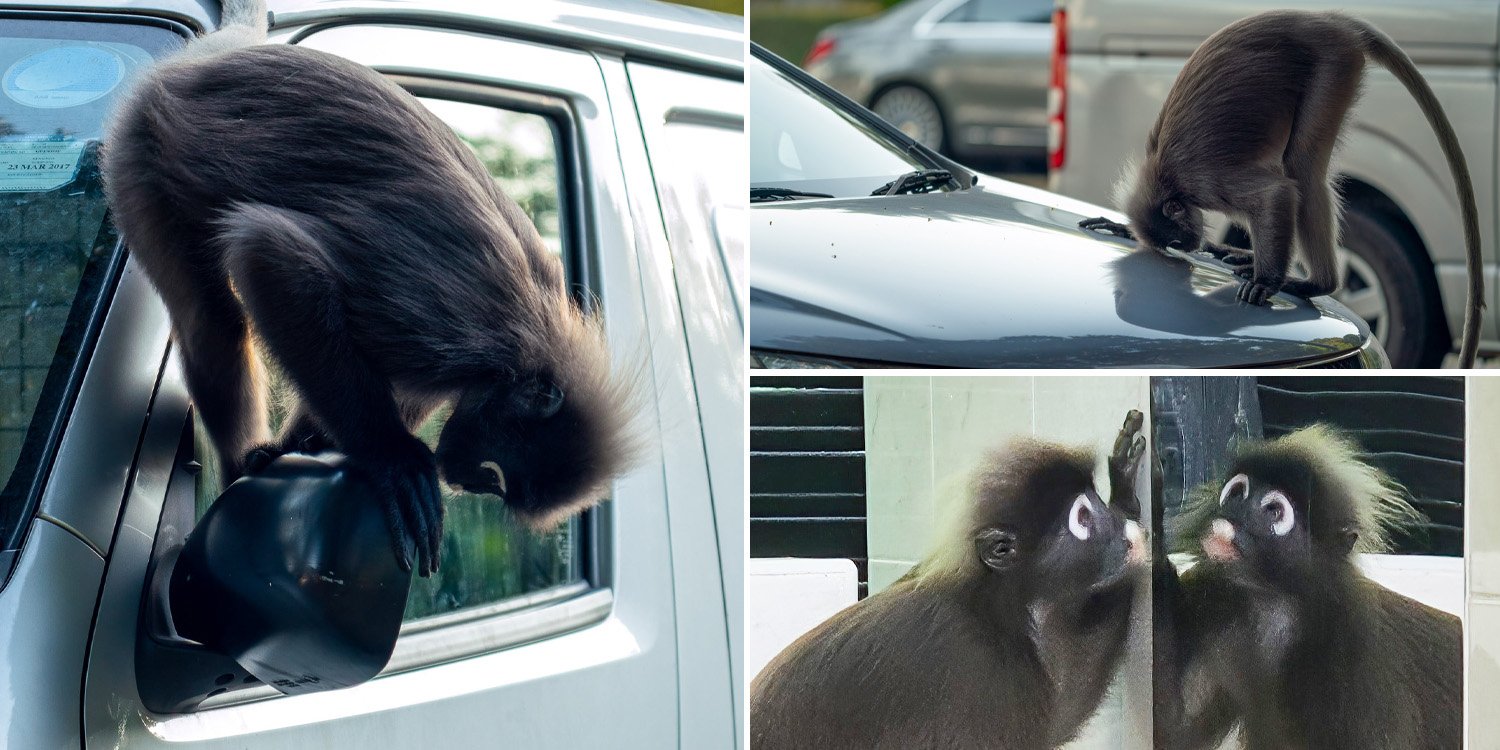 All of us have that vain friend who likes checking their own reflections out at any chance they get.

On Wednesday (10 Mar), a photographer caught a playful little dusky langur doing just that at a carpark in Singapore. 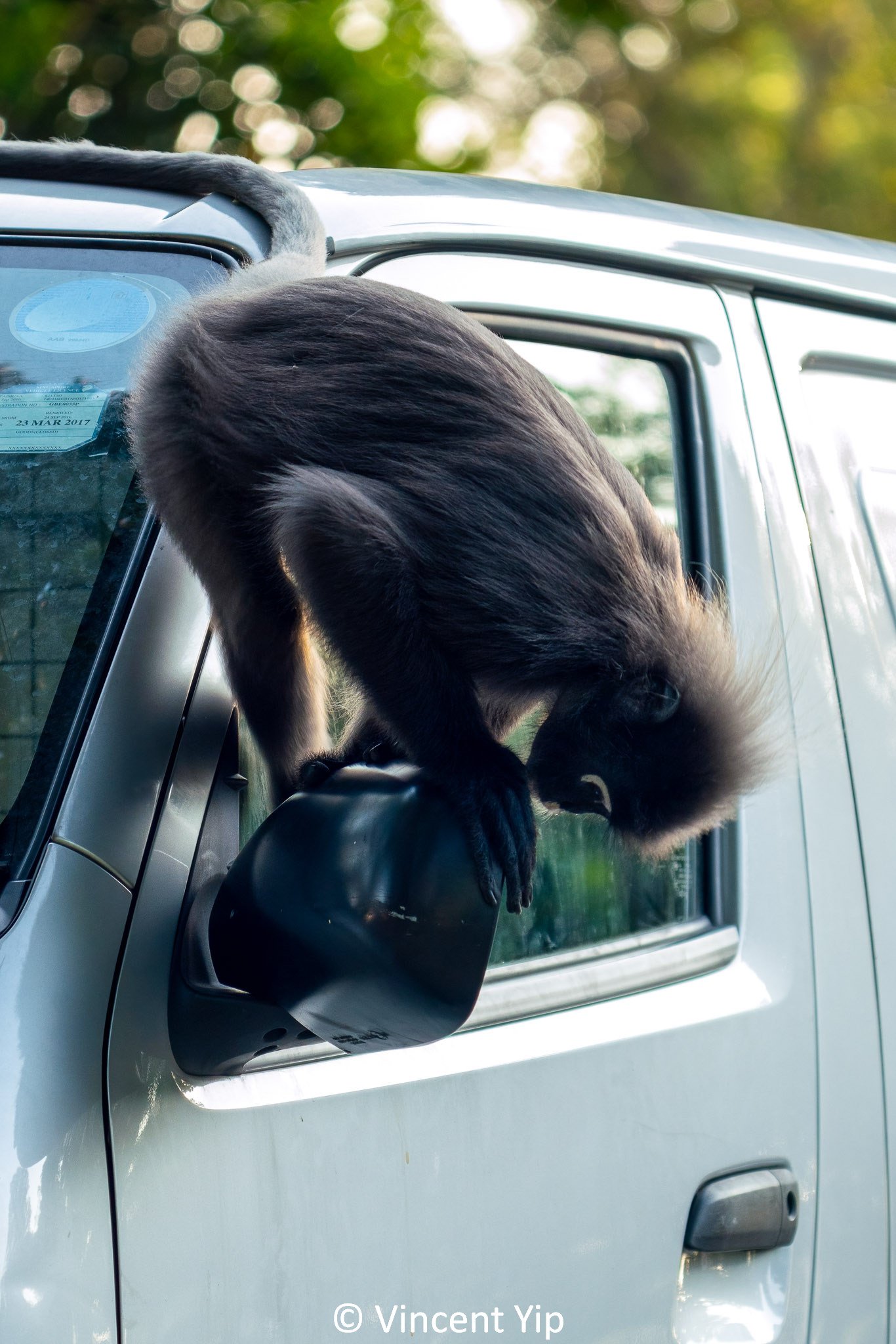 He later took to Facebook to share that the little monkey had lepak-ed around the parked cars and even climbed into a toilet at one point.

It is common to hear of curious monkeys venturing out of their natural habitats and into our urban spaces.

The Facebook user first spotted the langur on 2 Mar and chanced upon it again on Wednesday (10 Mar).

This time, the “naughty” little dusky langur was hanging around an undisclosed outdoor carpark.

It soon leapt onto a van and hung onto the windows like a stealthy ninja. 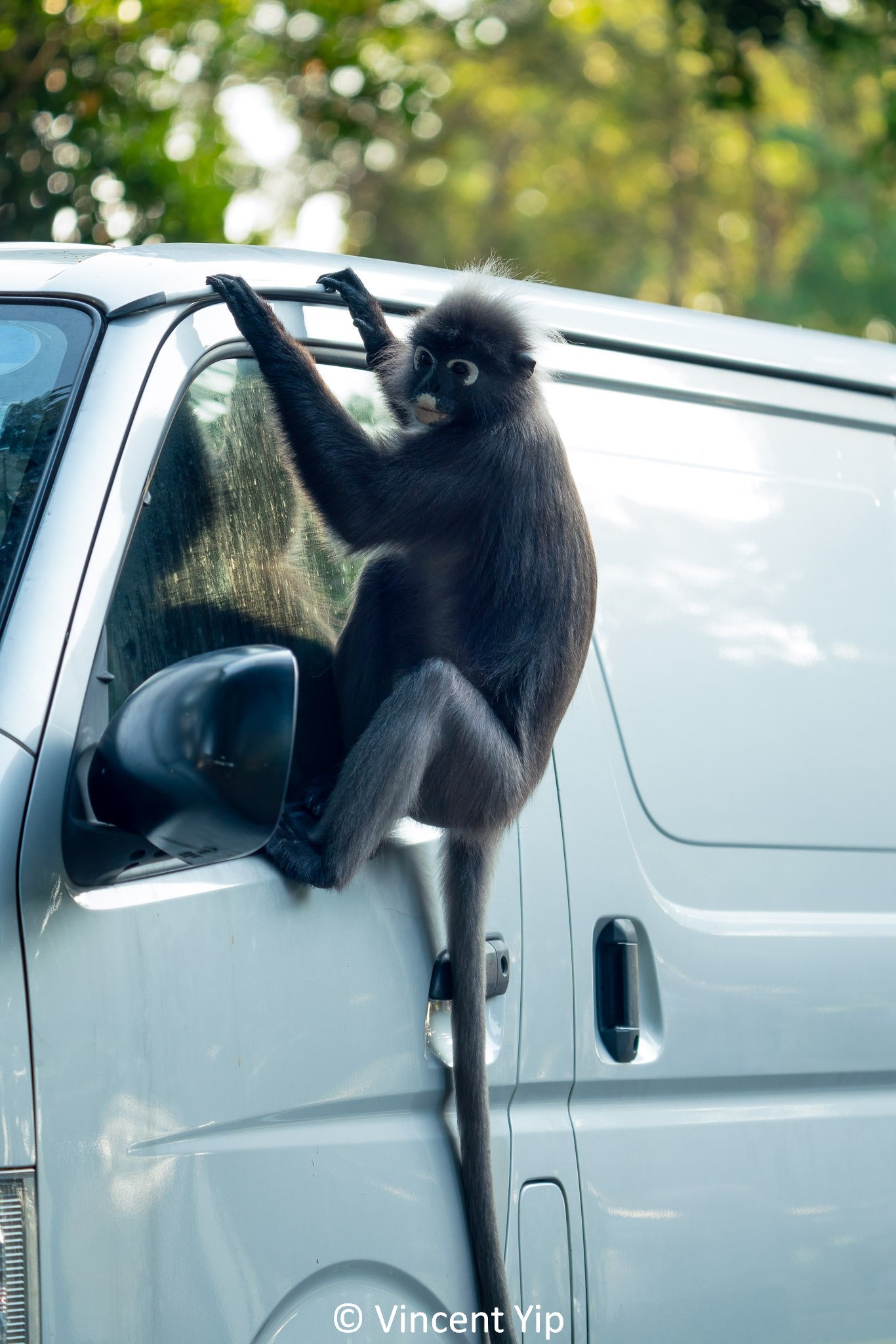 And that was when the langur found something that captured its attention — a reflective mirror.

Bending over the side mirror, the monkey started to admire its own reflection, almost as if it was checking out its beautiful head of hair.

Dusky langur mesmerised by its own reflection

However, that was not quite enough for the adorably vain langur.

Another photo shows the dusky langur leaping onto a blue car. 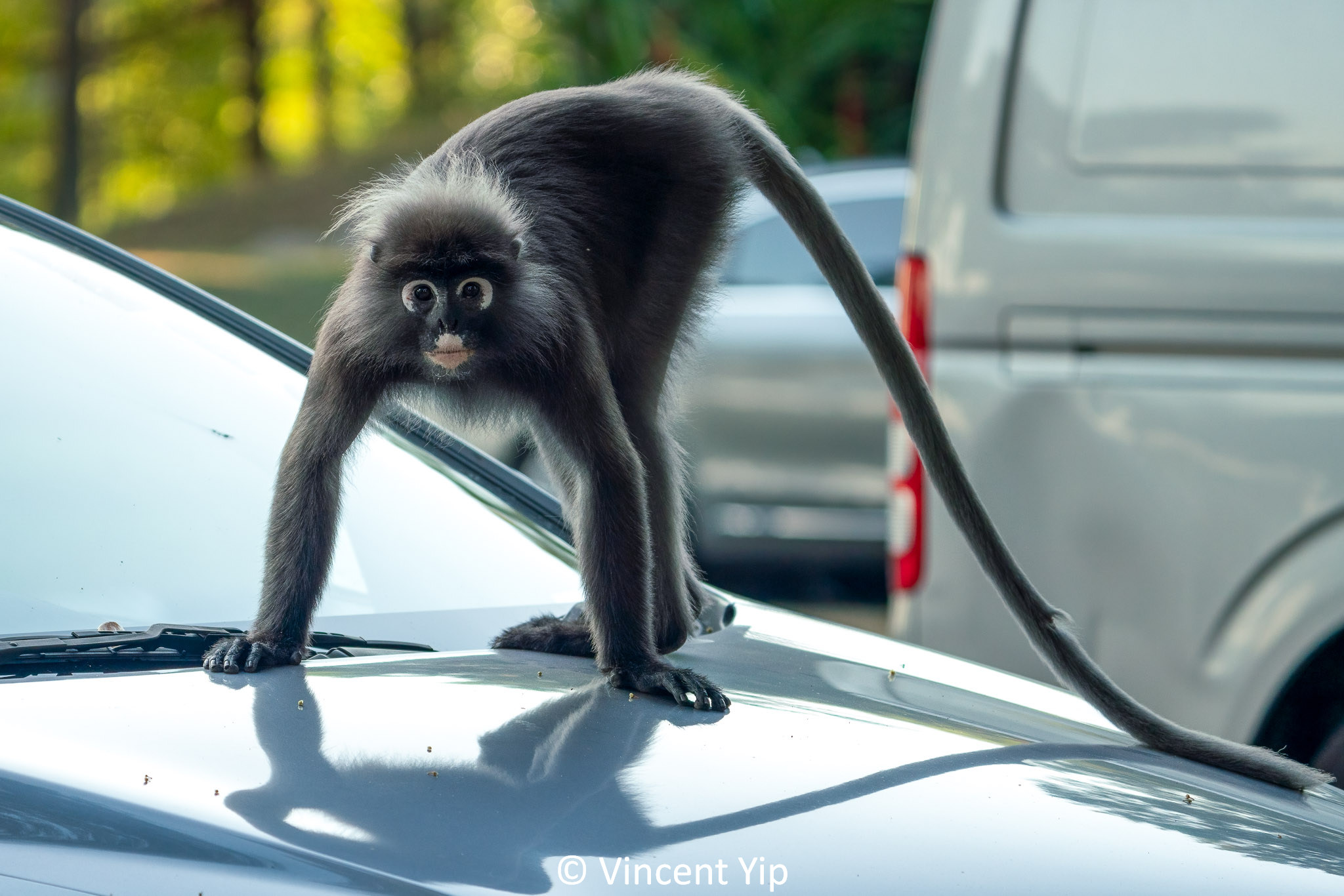 There, it somehow discovered that cars have reflective surfaces and became mesmerised by its own reflection once again. 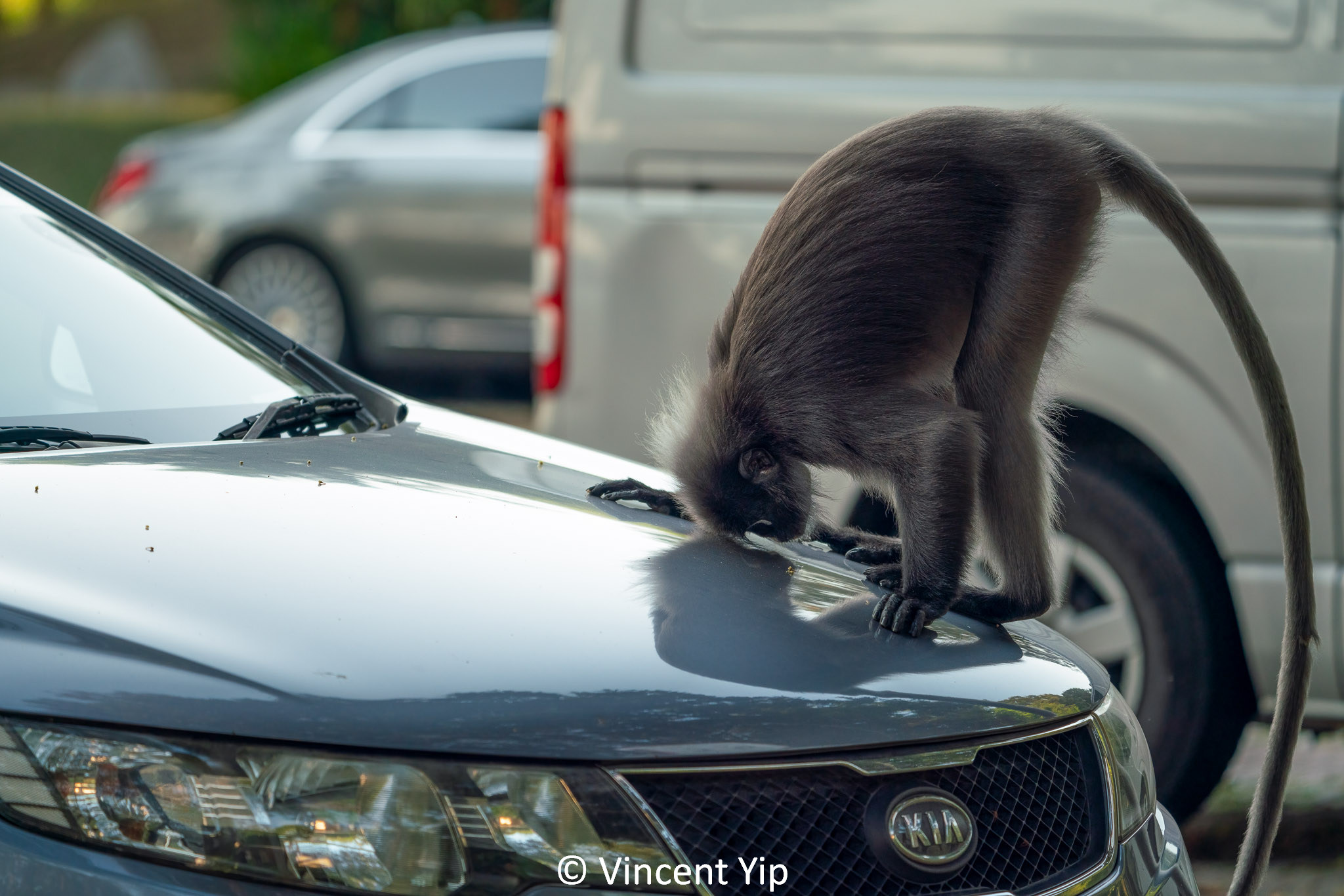 The langur positioned its face so close to the car, almost as if it was having a staring contest with the reflection.

The photographer also shared on his Facebook post that the cheeky langur, at one point, sneaked into a toilet. 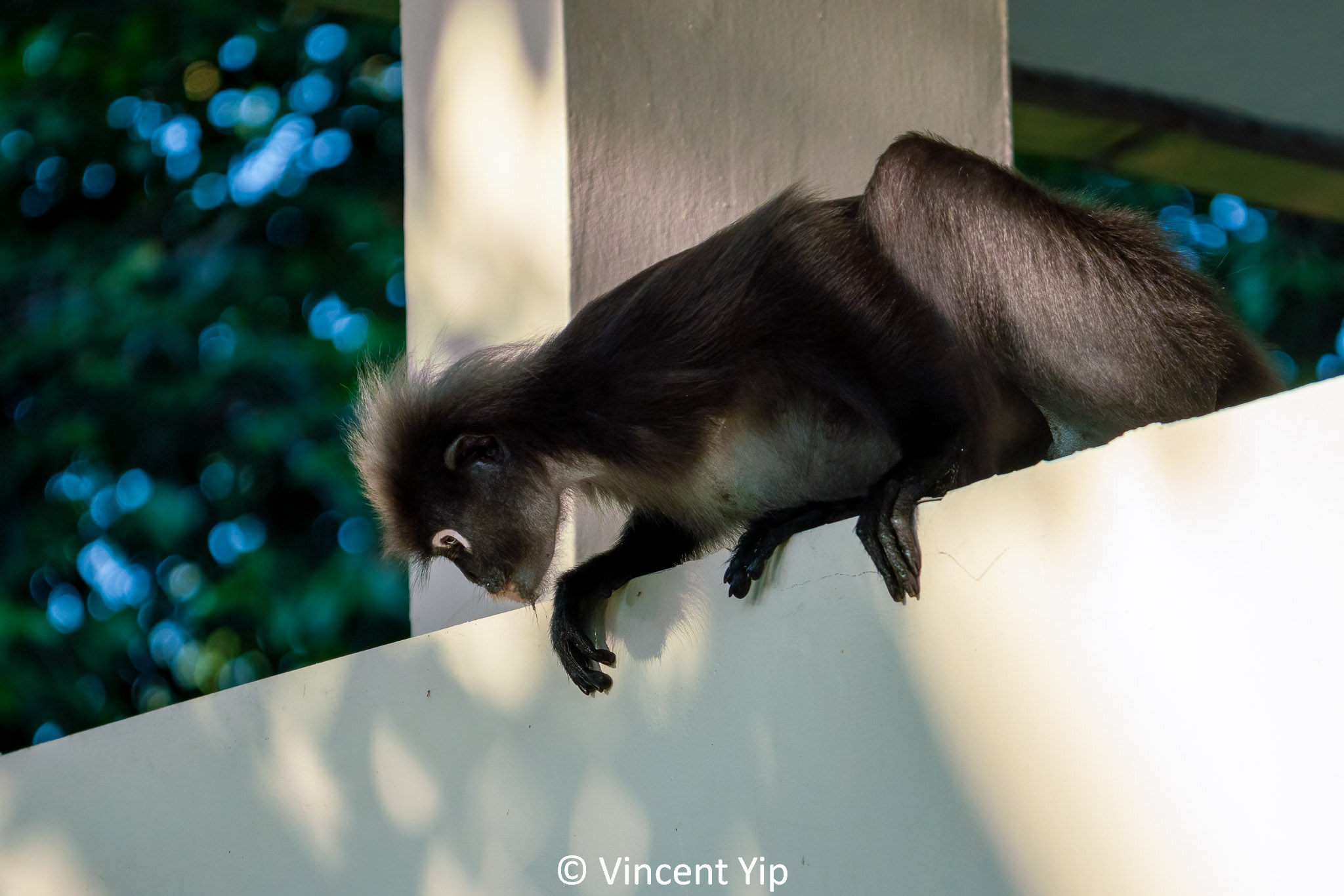 On the same day, another netizen shared a photo of what might be the same dusky langur in a nearby toilet. This time, the langur did not even try to hide its vanity — it casually sat on a basin and gazed at its reflection, clearly captivated by the sight.

And who can blame the langur? It truly is a beautiful little creature.

Keep your distance from them

It certainly is fascinating to watch the playful dusky langur wandering around as part of its mini-adventure.

Though this isn’t the first time langurs have been seen performing such antics, you might want to keep your distance and refrain from feeding them as they are rather shy creatures.