Food delivery riders don’t have it easy. As it is, they have to brave the elements just so that we can get a hot, piping meal in time.

Thus, this GrabFood delivery rider – presumably a she – was shocked by an entitled demand from a customer she was delivering to. The “note from customer” apparently asked her to deliver the food in 20 minutes.

If she failed to do so, she had to pay for the meal.

A screenshot of the note was shared on Facebook group All Singapore Stuff. 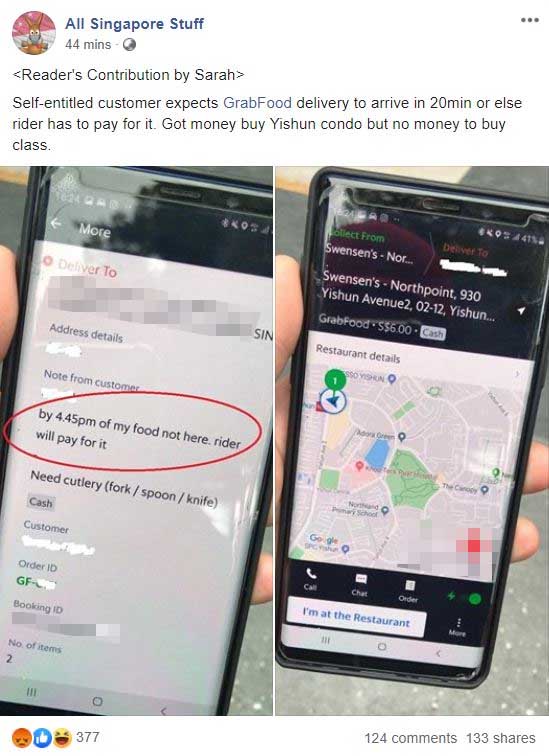 GrabFood customer demands food to be delivered by 4.45pm

The delivery rider, presumably a contributor named Sarah, shared that the food was to be delivered to a Yishun condominium that’s at least 30 minutes away on foot or an 8-minute ride on bike. 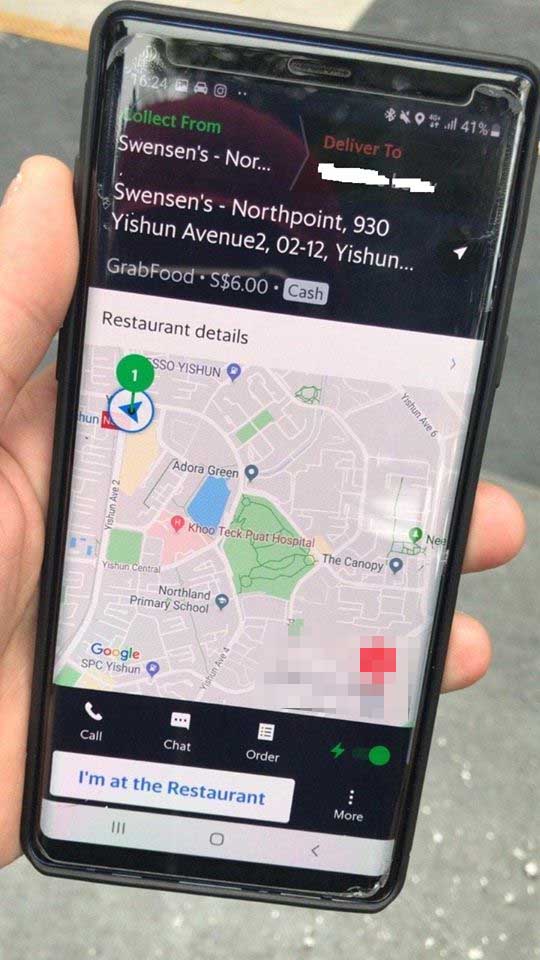 Since the mall – where the food is to be collected from – is 2.5km away, it’s understandable that the delivery will take some time.

However, this “entitled” customer insisted that her meal should arrive at a specified time,

The photos indicate the order was received at around 4.24pm. This means that the customer expected her food to be prepared and delivered in just 21 minutes. The tall order was obviously not well received, with the post’s caption pointing out that the customer had “money [to] buy [a] Yishun condo but no money to buy class”.

Other netizens agreed and added that the customer shouldn’t have such unreasonable expectations.

Another netizen joked that she would pay and eat the food herself if she received a similar request.

Lastly, one netizen pointed out that if the customer wanted such fast service, she should have headed to the mall herself.

With the recent Personal Mobility Devices (PMD) ban on footpaths, it might be difficult for many riders to deliver food at their previous speeds.

Thus, let’s all be a little more understanding when our orders take a little longer than usual to get to us.