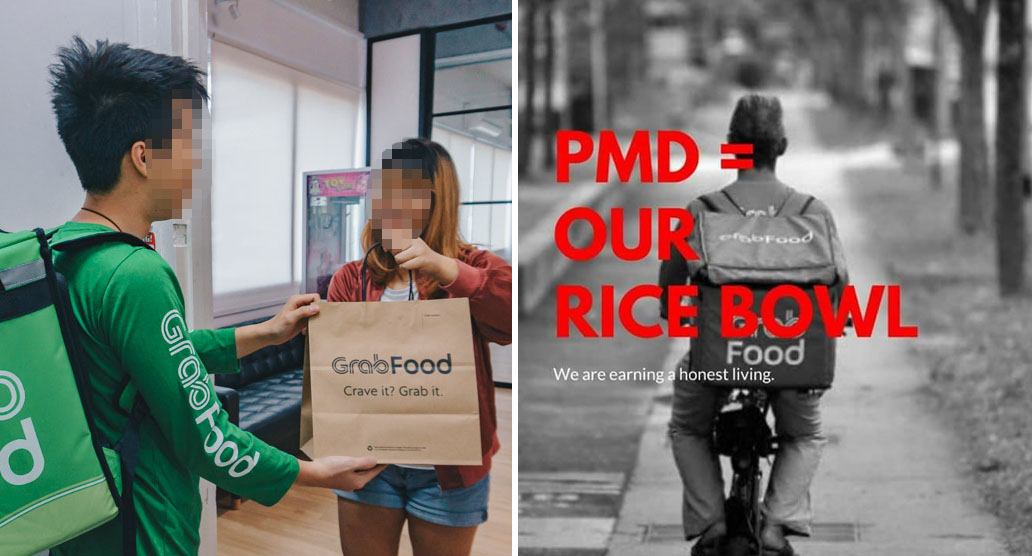 The partial ban on personal mobility devices PMDs came as a shock for many users, especially for food delivery riders.

For this GrabFood rider, however, it was a greater disappointment as he had adhered to all the rules set by the Land Transport Authority (LTA).

After the ban set in on Tuesday (5 Nov), he found himself effectively unemployed as PMDs were no longer allowed on footpaths.

On Wednesday (6 Nov), he shared about his experience on Facebook. 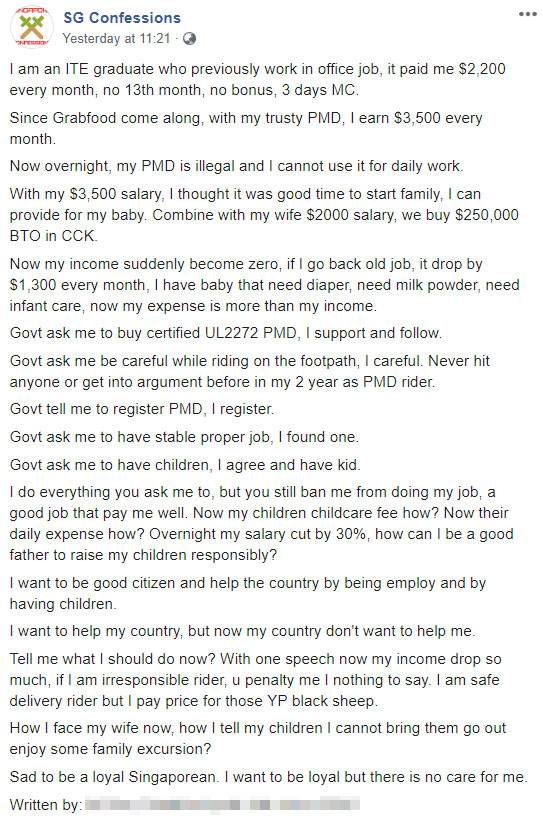 The rider started his post saying that he used to work an office job which paid him $2,200 per month and had few benefits. However, as a GrabFood rider, he earned $3,500 per month. 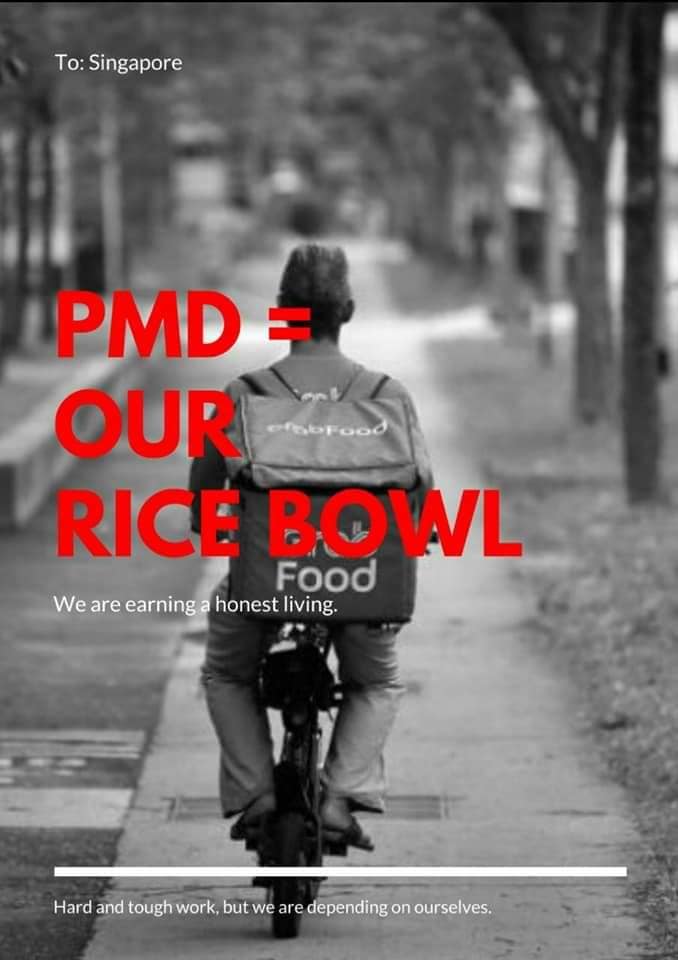 With the increased income, he and his wife decided that they could plan for a family. Using their combined incomes, they signed up for a BTO flat.

The sudden ‘loss’ of his job as a GrabFood rider meant that he is now spending more than what he’s earning. This was especially so because he now has a child to provide for as well.

The rider shared that he followed all the regulations set by the LTA in relation to PMDs.

He owned a certified and registered UL2772 PMD, as according to what was mandated by LTA. In his 2 years of riding a PMD, he claims to have never hit another person.

Rider at his wits’ end

Given that he was compliant to the rules, the rider felt perplexed and upset that he would not be able to use his PMD much.

He explained that he could understand if he was punished because he was an errant rider but feels that he is “[paying the] price for those… black sheep”.

With the ban in place, going back to his old job means that his income will go down by about 37%. He feels that it is difficult to face his wife now because of the current situation.

Perception of the ban being heavy-handed

While many members of the public had celebrated the ban, others argued that the ban was too sudden.

In their efforts to curb errant PMD riders, the government had to bar law-abiding riders from their PMDs too. It is sad to see that the ban has hurt many food delivery riders who were making an honest living.

We hope that more will be done to help food delivery riders in light of the many new restrictions.

What do you think about the rider’s post? Let us know in the comments below.