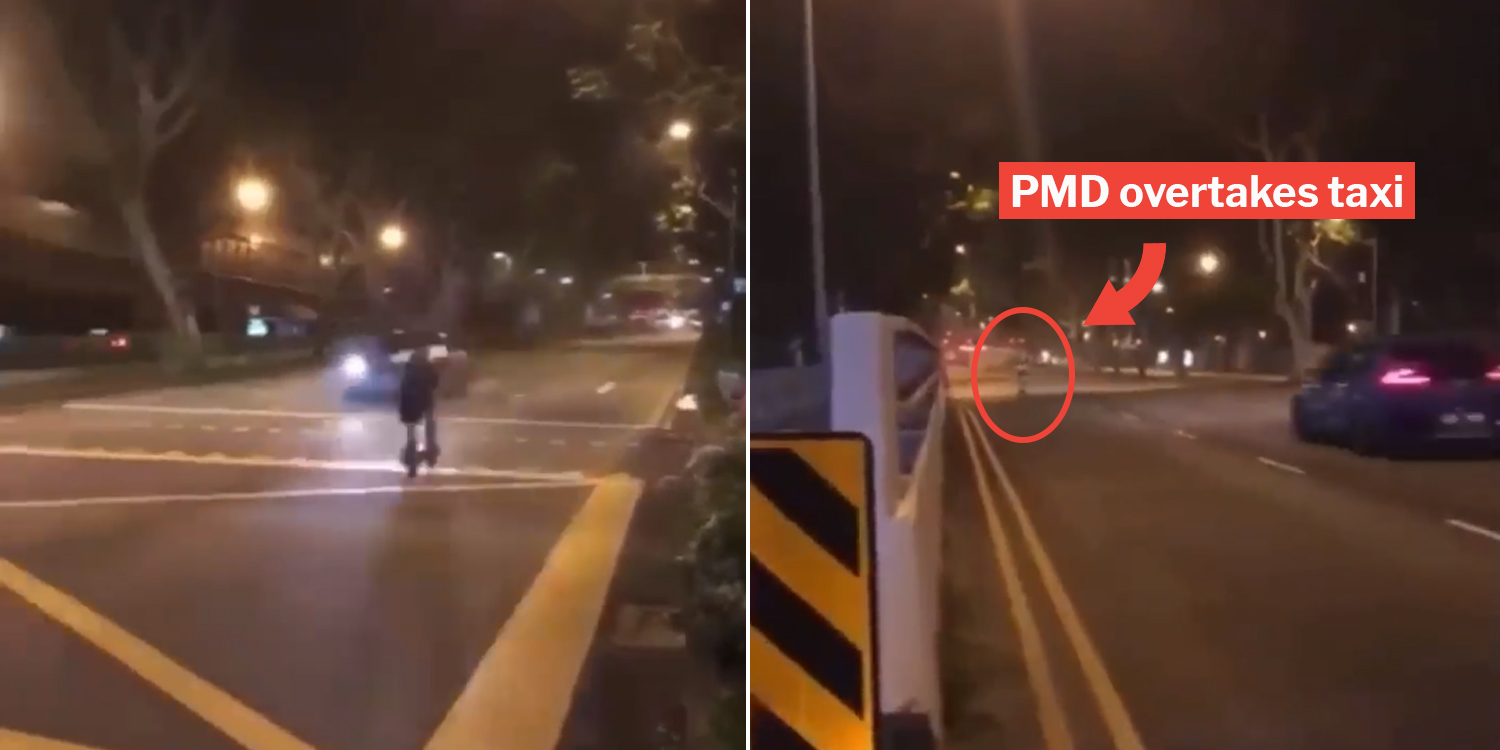 Given the proliferation of the device, we’ve all probably seen a PMD going fast at least once. Sometimes, they go extraordinarily, dangerously fast.

On Sunday (27 Oct), a video circulating on Facebook showed a PMD speeding down Bishan Road at night. The lawless rider zipped past the cameraman like an F1 race car bolting past the stands.

The rider was going so quickly that he even overtook a taxi — nothing very surprising by rogue PMD riders’ standards now. The last time something like this was captured on camera, a PMD rider was supposedly travelling at speeds of up to 120km/h.

You can view the video clip here. 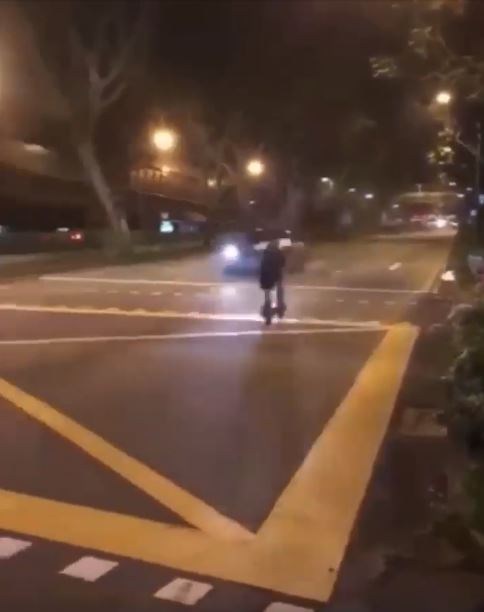 We can’t tell, just by looking at the video, the speed at which the rider was travelling. But it could very well have been about 80km/h — an approximation echoed by a netizen.

PMD can be a real danger to others

Recently, PMDs came into the spotlight again after one errant rider knocked into and killed an elderly lady. There was also another instance of a rider knocking into a young girl at a HDB void deck.

Besides posing a threat to pedestrians, PMDs on the road can also be a danger to cars.

If they are not careful and ride into a driver’s way, the driver could swerve and hit them, or worse still, cause further collateral damage.

Although rules have been put in place to regulate their speeds, not everyone seems to be abiding.

Naturally, members of the public have expressed serious concerns about the safety of pedestrain walkways — insofar that Senior Minister of State for Transport Janil Puthucheary came out to say that if rider behaviour does not improve, there may be a ban on the mobility device.

Granted, not all riders are inconsiderate speedsters. There are many who are polite and would slow down to a crawl if necessary.

But all it takes is for a few bad apples to spoil the basket. In fact, online sentiment seems very much against PMDs. There is even a petition calling for the ban of PMDs.

So please, if you ride a PMD or know anyone who does, do remind them and yourselves to ride safely.