ERP Charges Reduced On Most Roads From 6 Apr, Because There’s Less Traffic Anyway 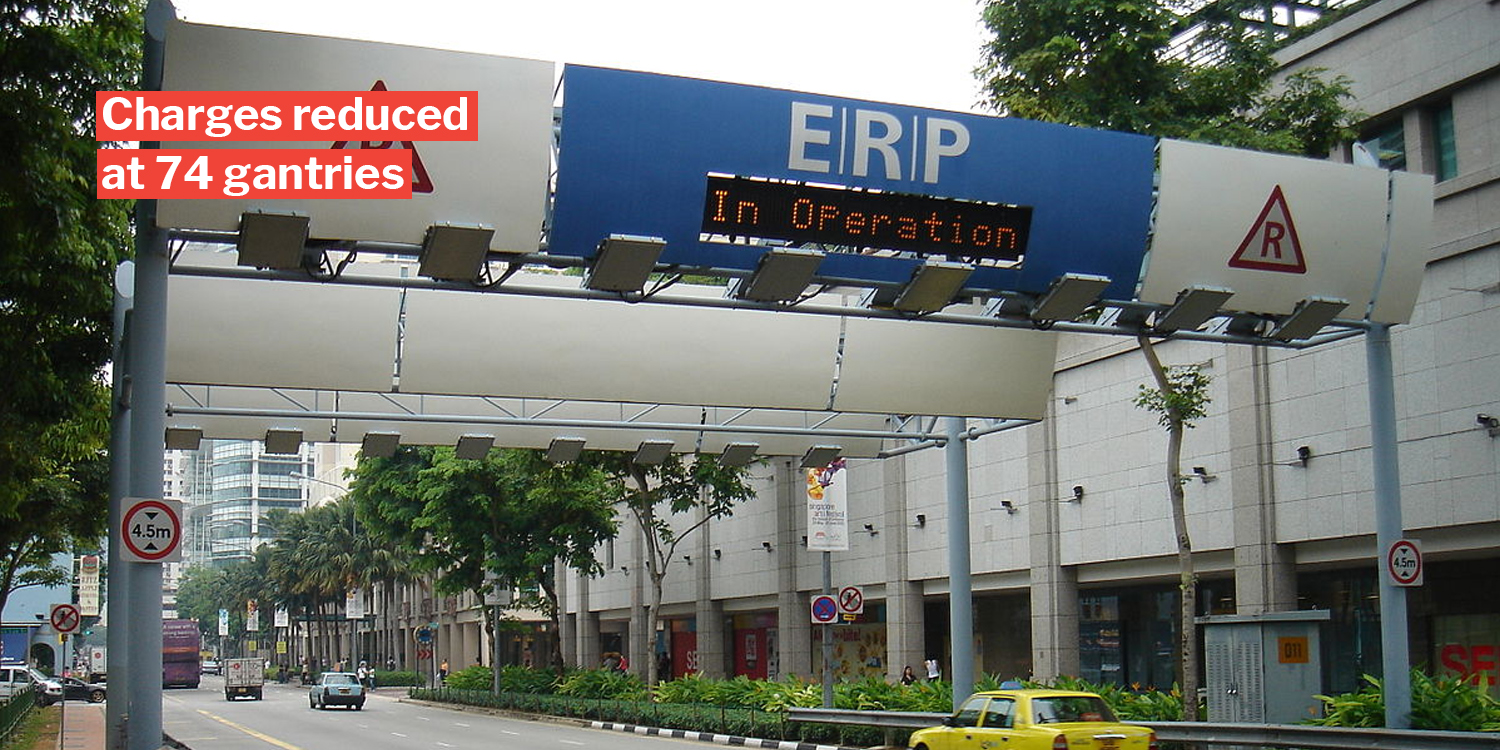 No charges doesn't mean you should drive more.

As the Covid-19 outbreak escalates, many companies are asking employees to work from home as much as possible. Hence it shouldn’t be surprising that there are fewer cars on the road.

Despite there being significantly lighter traffic, the Electronic Road Pricing (ERP) charges remained, to the bewilderment of some motorists.

And they have a point too. ERP was implemented to manage road congestion, but if traffic is already smooth to start with, what congestion is there to speak of?

Early Tuesday (31 Mar), Minister of Transport Khaw Boon Wan announced that ERP will be reduced at most places from next Monday (6 Apr). 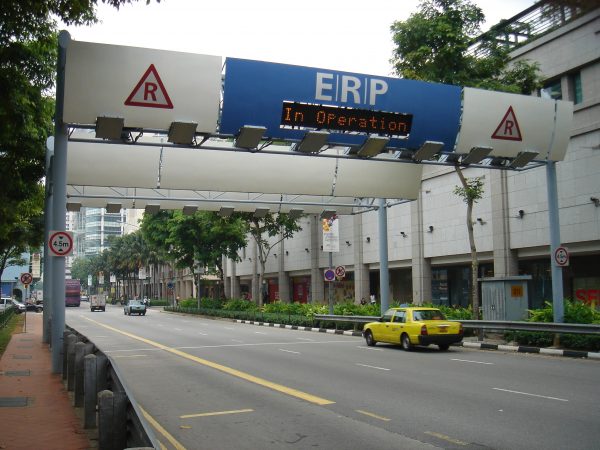 Most ERP charges reduced due to lighter traffic

The decision to lower ERP charges came after the Land Transport Authority’s (LTA) decision to suspend its quarterly review amid the Covid-19 outbreak when there are “less commuting“.

According to Minister Khaw, 74 out of the 77 gantries in Singapore will see a reduction of charges of at least $2.

Here’s a breakdown of ERP charges after the revision: 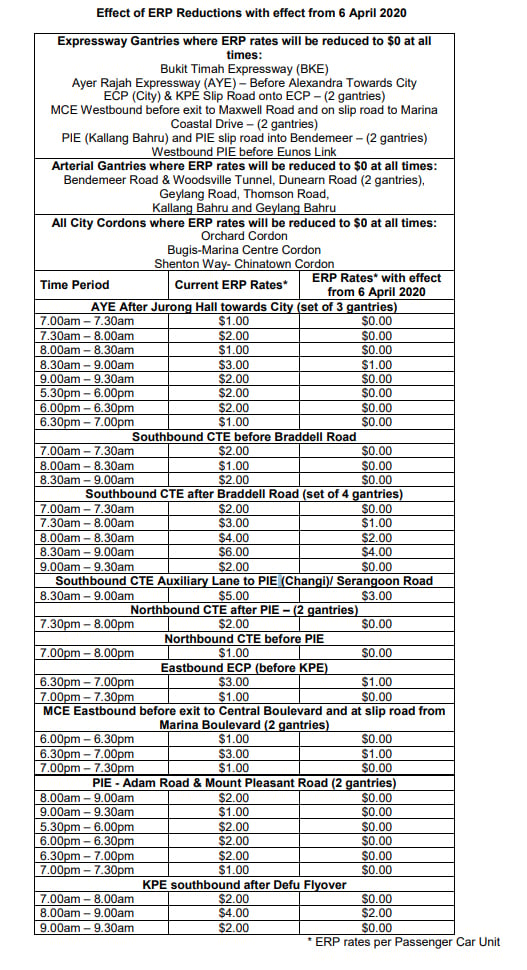 The ERP gantry on Southbound CTE after Braddell Road will be the most ‘painful’ one, with a $4 ‘jab’ every time you travel past it from 8.30-9am.

However, the move wasn’t introduced to encourage motorists to drive more. Instead, Mr Khaw urged motorists and commuters to defer all non-essential travels during these uncertain times.

When interviewed on Tuesday (31 Mar), Mr Khaw pointed out that traffic was lighter 2 weeks ago than during the December holidays. His own drive to work, which usually took 55 minutes, took just 20 minutes.

In light of this, he instructed LTA to review ERP charges.

Hope commuters will not drive unless it’s for essential services

We hope the reduction of ERP charges will help take pressure off companies who continue to transport goods and people.

That said, we hope commuter heed Minister Khaw’s advice and not head out during this trying times unless for essential services.