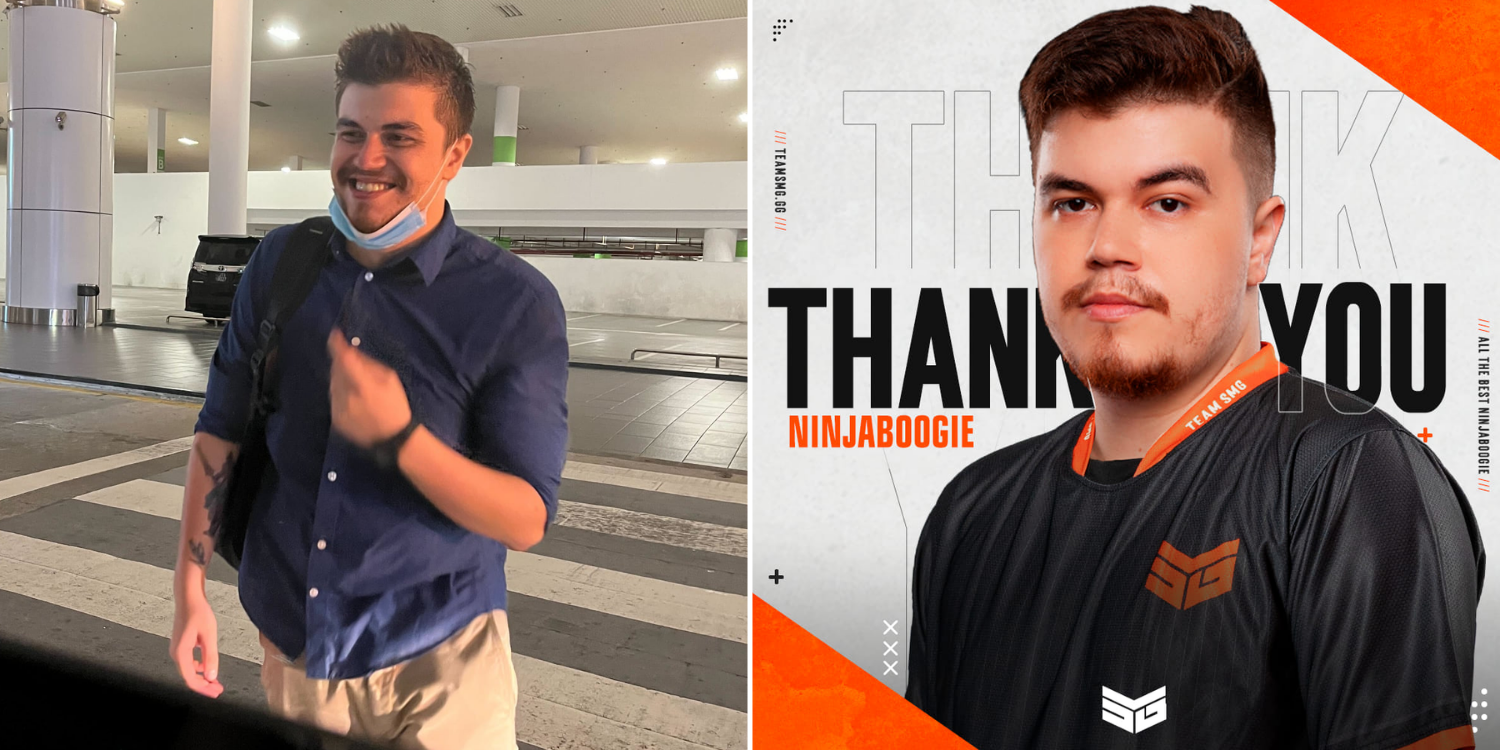 He was supposed to attend a training boot camp four days after his mum's passing.

It’s understandable for someone to take some time off after a family bereavement. However, an esports player found himself laid off indefinitely when his mother passed away recently.

In a series of tweets, the Dota 2 played shared the “real reason” behind his suspension, claiming that the team feared his performance would be affected after the unfortunate incident.

Team SMG, JJ Lin’s esports brand which the player played for, has yet to respond to the player’s allegations.

On Friday (20 May), Team SMG took to Twitter to announce that they have “part ways” with Dota 2 player Michael “ninjaboogie” Ross. 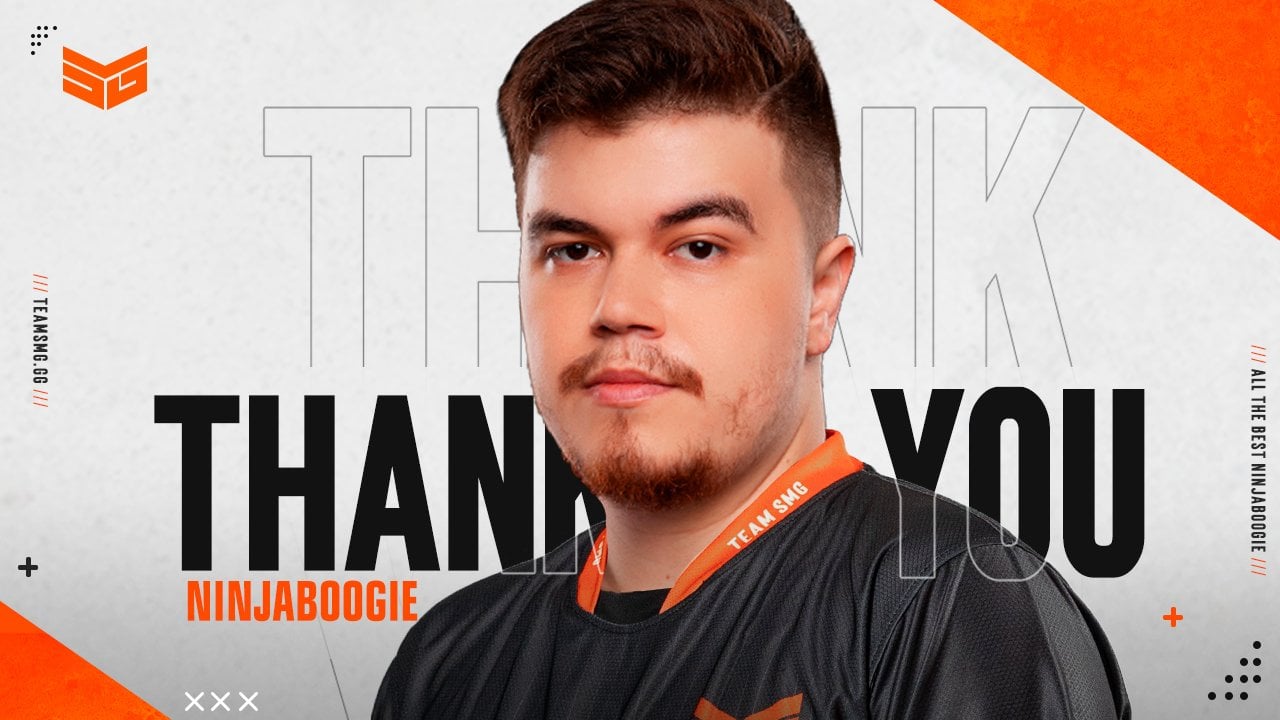 Although they sent him off with good wishes, Michael replied with a cryptic message, telling them to reveal the “real reason for the kick”.

Hours later, Michael shared his side of the story through a series of tweets.

According to the tweets, Michael had to leave the team as his mother was in her last days and they assumed this would have a negative impact on his performance.

Michael explained that he has long known about his mother’s condition as she was suffering from stage four cancer.

His mother, unfortunately, passed away on Monday (16 May).

Seemingly bitter about the manner of his exit, Michael said,

Imagine being fired from a job because you are about to lose a loved one.

Esports player allegedly kicked after team met without him

Michael continued explaining how things went down and also provided an alleged timeline of events.

According to him, Team SMG was slated to have a boot camp on 20 May. However, Michael’s mother suffered a stroke on 12 May evening and was hospitalised on the same day.

As he had a flight scheduled on Saturday (14 May), Michael asked if he could delay his arrival as there were still some days before training started.

However, on 14 May, he received an ultimatum from his team captain asking Michael to make a decision.

The next day, Michael came to a decision and apparently sent a text reiterating his commitment to play for the team. 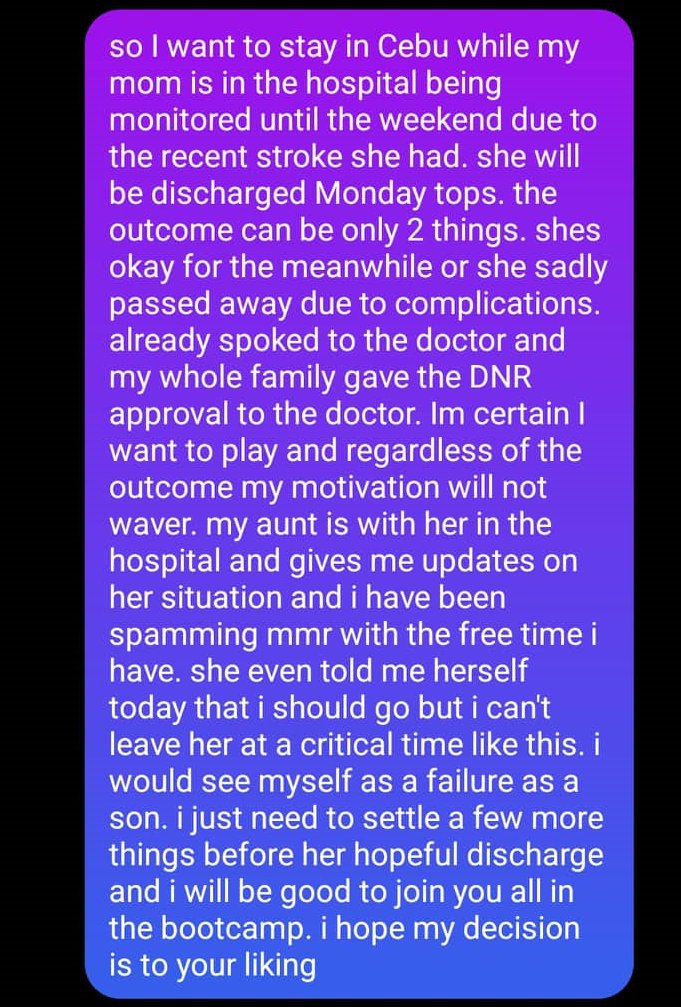 However, this wasn’t enough to dissuade the team from their decision to continue without Michael, as they allegedly had a meeting without him.

Team SMG has yet to respond to these allegations. MS News has reached out to the team for a statement.

Suffice to say Michael had a horrible week, with his mum’s passing and departure from his team.

While others may take their time to grieve, he showed exemplary professionalism in wanting to help his teammates during a difficult time in his personal life.

Our condolences go out to Michael and his family for their loss. We hope Michael and Team SMG will be able to settle their differences amicably in time to come.